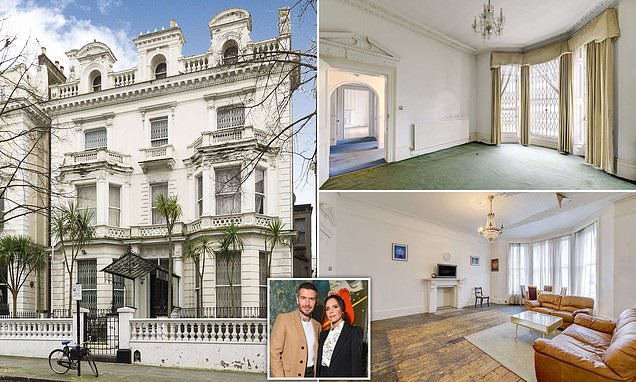 Abandoned Algerian embassy in upmarket Holland Park goes on the market for £25million – and neighbours include the Beckhams, Stella McCartney and Simon Cowell

An abandoned embassy building not far from the Beckhams’ Londen townhouse is up for sale for around £25m.

The former Algerian embassy has stood vacant for ten years but is described as a promising doer-upper for a developer with deep pockets.

It is close to homes owned by David and Victoria Beckham, fashion designer Stella McCartney and music mogul Simon Cowell. 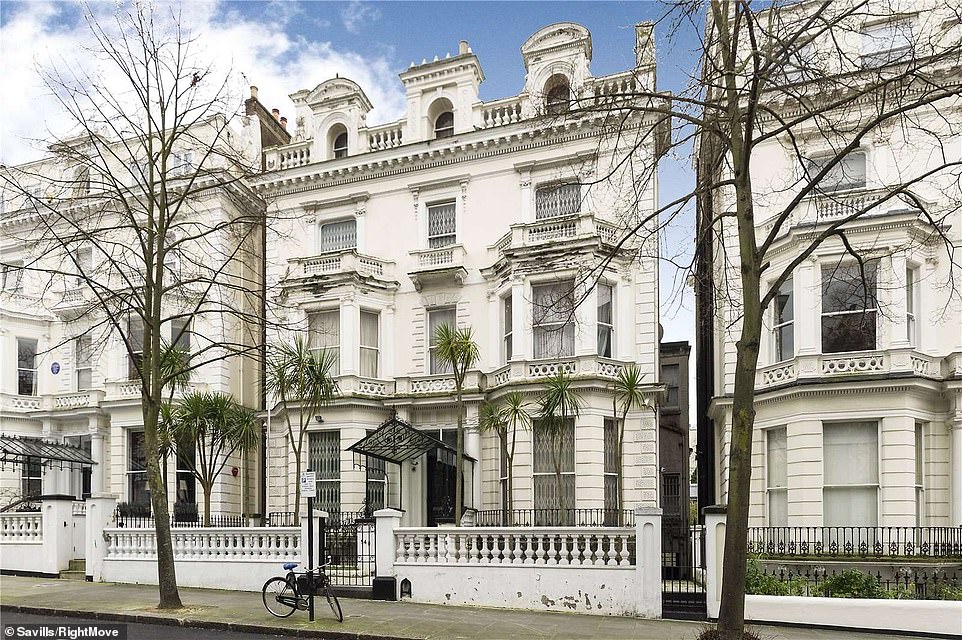 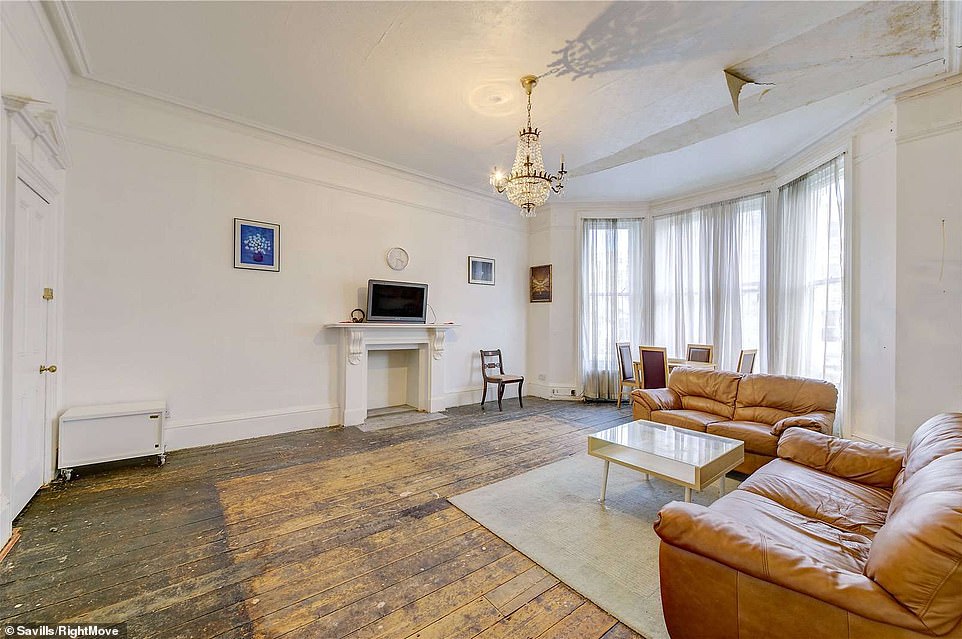 A large, family living room with exposed wooden floors has the potential to be transformed into an ambient space 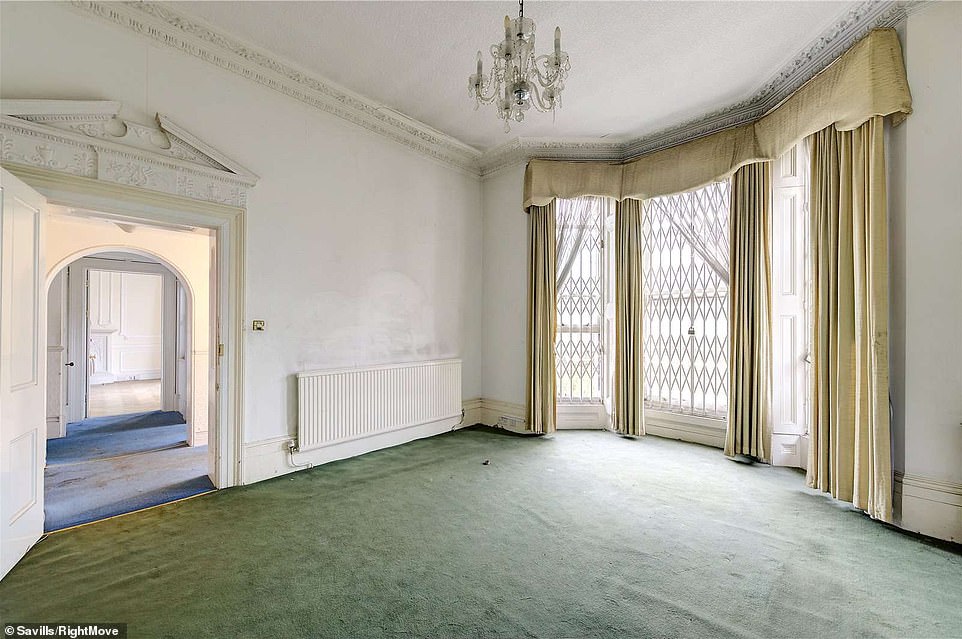 Another room in the property is in much need of a revamp, with a damaged carpet and tired curtains

At almost 10,000sq ft of space, it’s a daunting challenge for whoever takes on the renovation project.

However agent Savills has listed a huge amount of potential benefits as it has a sunny, south facing garden, period features including fireplaces and cornicing, and the ‘strong artistic heritage’ of the surrounding area.

Currently Price On Application, it is understood to be on offer for around £25m.

It was first put on the market in 2017 for £30m but has so far failed to sell – possibly due to the huge potential cost of its renovation.

However it could be worth more than £50m if turned back into one family home. 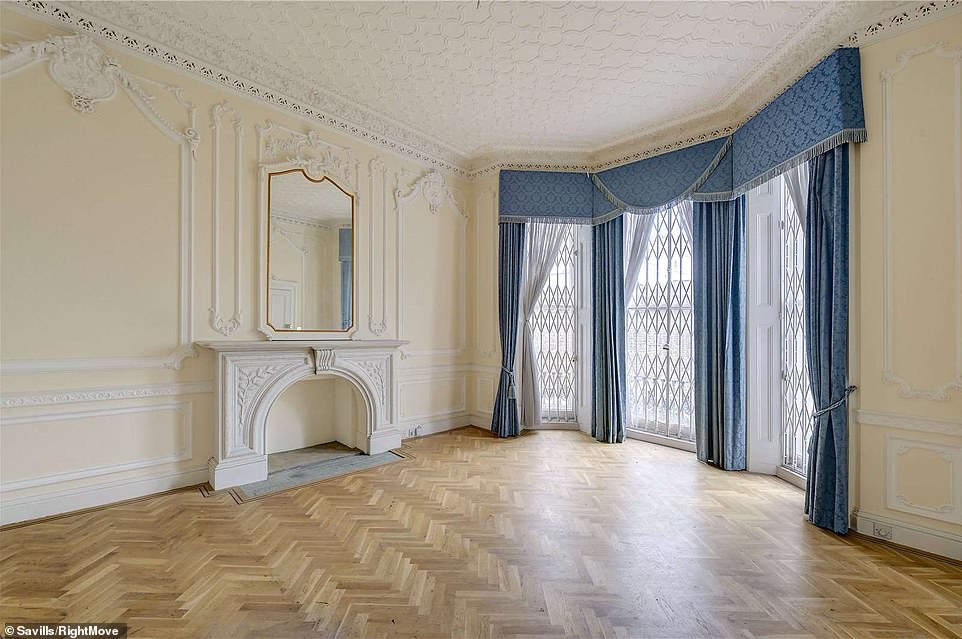 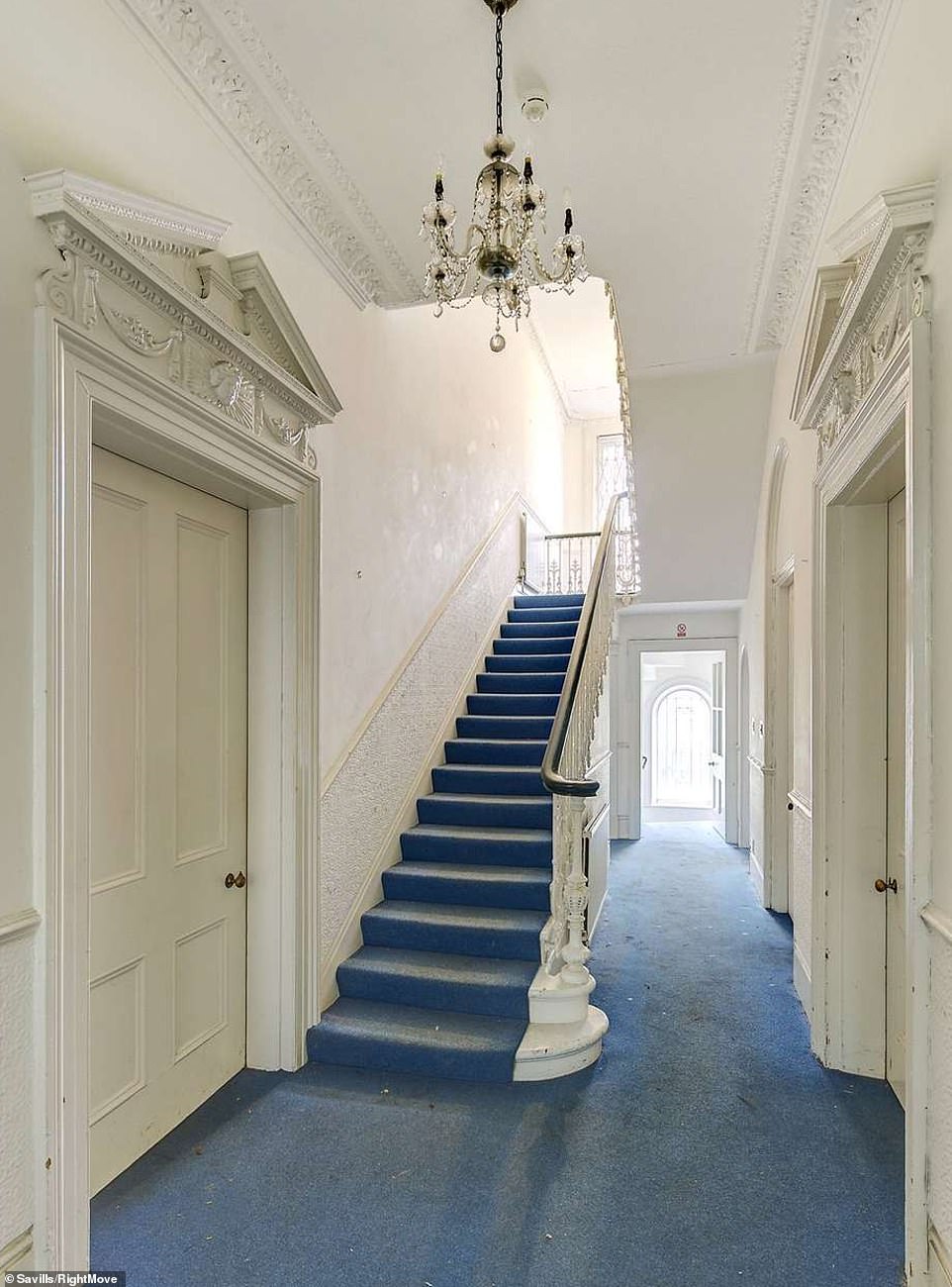 The hallway boasts an elegant interior, in keeping with its history as a former embassy building

A blurb from the agents says: ‘Benefitting from a south facing garden, which favorably bounds Holland Park Mews, the property has been an embassy for approximately 43 jare, but has not been actively used for this purpose since 2011.

‘The property is now in need of full refurbishment, but subject to the necessary consents could be converted and restored as an elegant single family dwelling.’

It went on: ‘The area is famous for its grand white stucco villas, tree lined avenues, private communal gardens and the public open space of Holland Park. 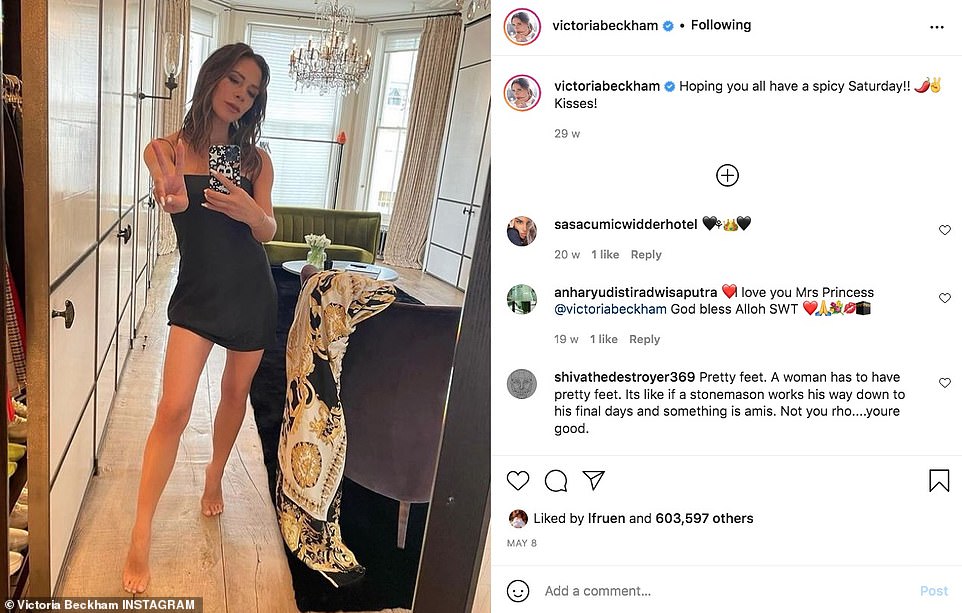 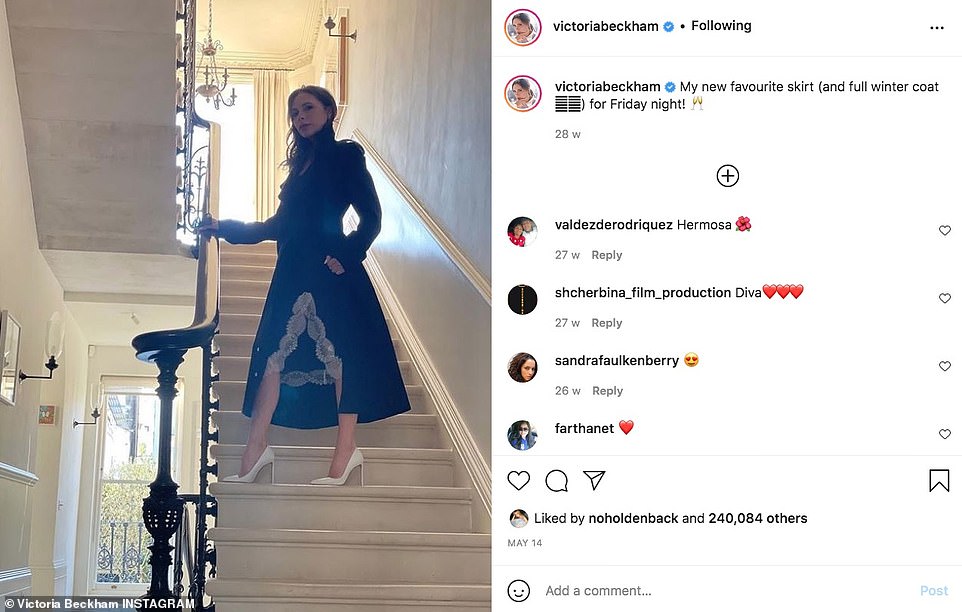 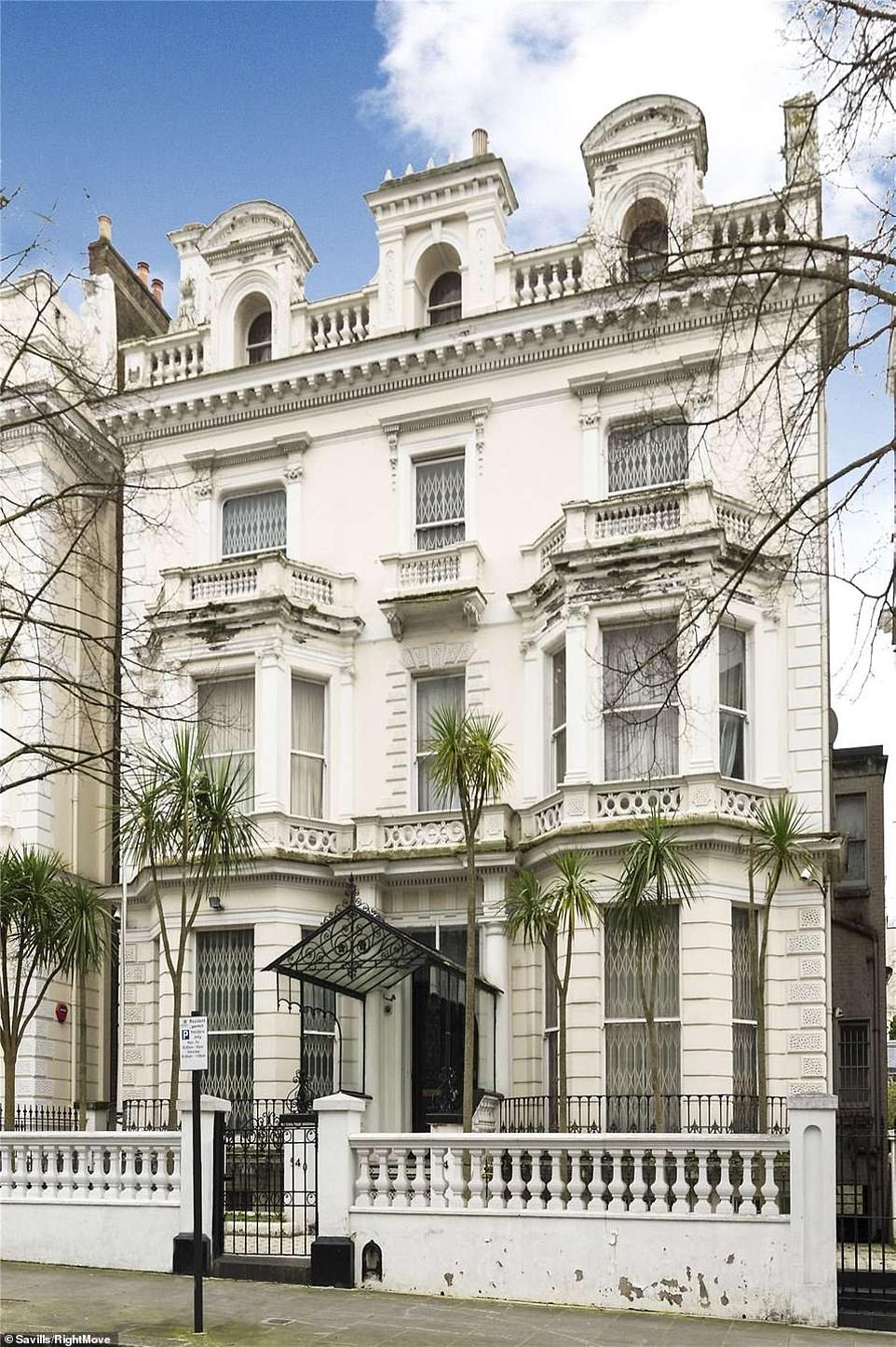 ‘The park itself is located moments from the property and is home to The Belvedere Restaurant, the famous Japanese Kyoto Garden and the Walled Spring Tulip Garden.

‘The wider areas of Holland Park and Notting Hill are well known for being culturally vibrant and have a strong artistic heritage, being home to many fashionable shops and a diverse offering of cafes and restaurants. 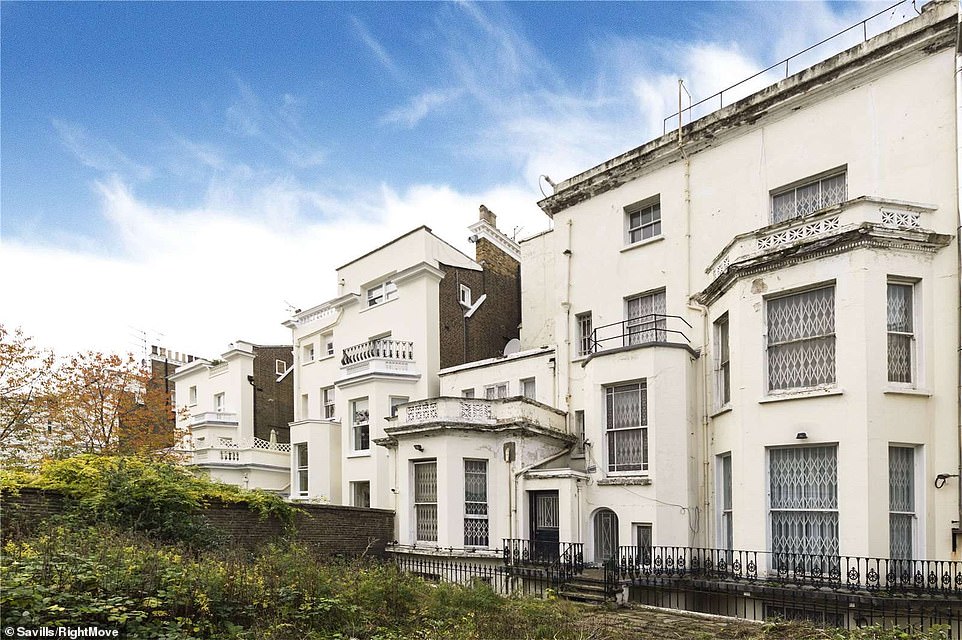 A stack of overgrown weeds dominate the back of the property, with grilled windows 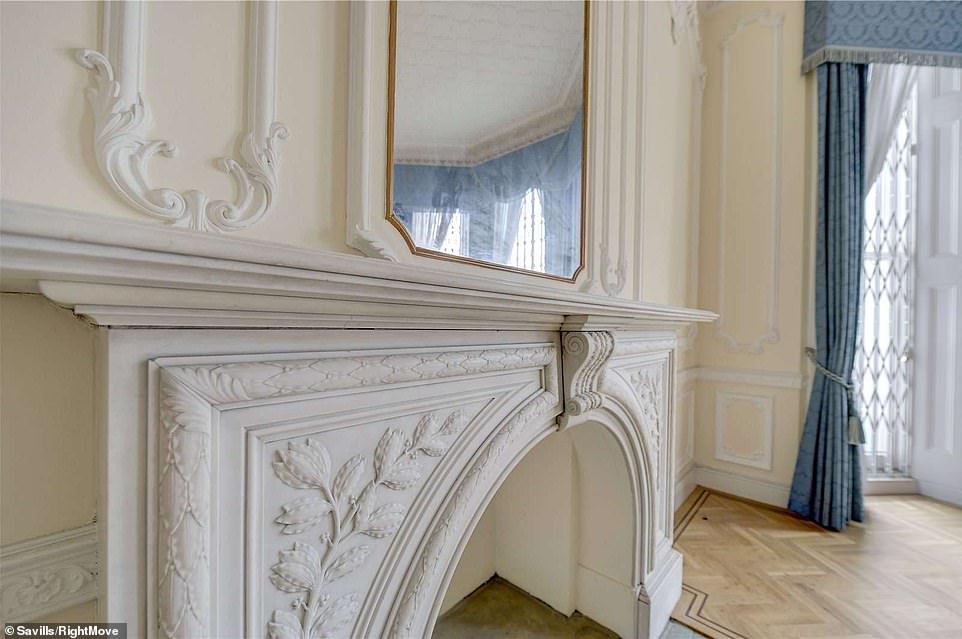 The intricate design of the fireplace in the drawing room, with leaves and olive branches, can be appreciated close up 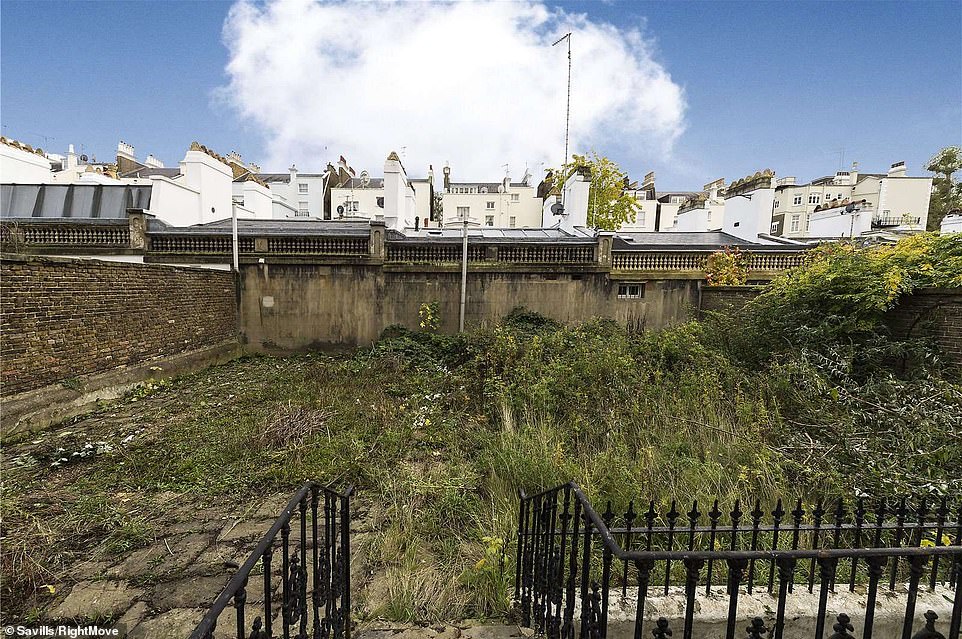 Nearby superstar neighbours to the embassy are the Beckhams, who bought a near-identical £31.5m property in 2013.

However the villa needed so much work they didn’t move in for another three years while builders gutted it and interior designers got to work in an £8m upgrade.

The finished property has a vast basement, spa, gym and a top-floor man-cave for former England football captain David, 46.

Meanwhile Victoria’s walk-in closet is said to include an electric clothes rack and catwalk runway for testing outfits – and the home features heavily on her Instagram account.

Stella McCartney lives a few roads away while Simon Cowell splits his time between Holland Park and Los Angeles.