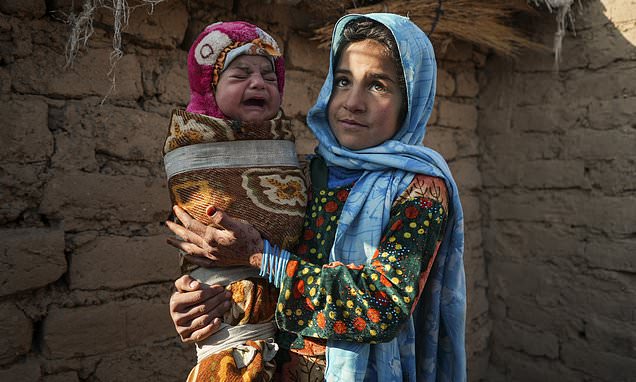 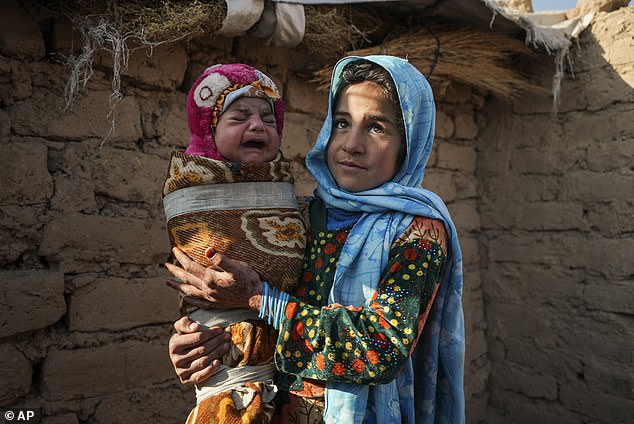 Qandi Gul, 10 (right, holding her six-month-old brother), was sold into an arranged marriage by her father in return for $1,000 to feed his family

When her husband told her he had sold Qandi, ‘my heart stopped beating,’ she said.

Gul rallied her brother and village elders and with their help secured a ‘divorce’ for Qandi, on condition she repays the 100,000 afghanis (about $1,000) her husband received. It’s money she doesn’t have. 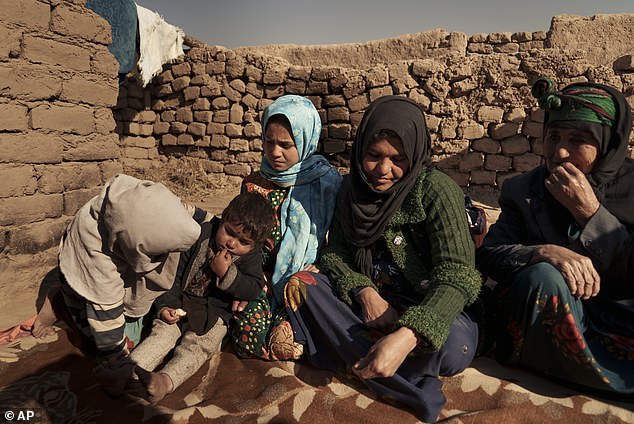 Aziz Gul (second right), Quandi’s mother, managed to get the girl a divorce but now has now way to repay the $1,000 dowry she was given

‘I am just so desperate. If I can’t provide money to pay these people and can’t keep my daughter by my side, I have said that I will kill myself,’ she said.

The international community froze Afghanistan’s assets abroad and halted funding, unwilling to work with a Taliban government given its reputation for brutality during its previous rule 20 years ago.

He can’t repay money he borrowed to fund his wife’s treatments, he said. So three years ago, he received a down-payment for his eldest daughter Hoshran, now 7, in an arranged marriage to a now 18-year-old. 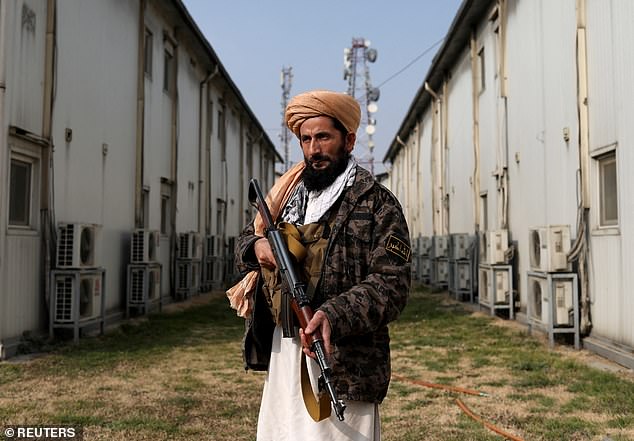 His wife, Bibi Jan, said they had no other option but it was a difficult decision. ‘When we made the decision, it was like someone had taken a body part from me.’

His mother, Guldasta, said that after days with nothing to eat, she told her husband to take Salahuddin to the bazaar and sell him to bring food for the others.

His father, Shakir, blind in one eye and with kidney problems, said the children had been crying for days from hunger. Twice he decided to take Salahuddin to the bazaar, and twice he faltered. ‘But now I think I have no other choice.’

‘I’m happy to see the pledges are made,’ she said. But the pledges ‘shouldn’t stay as promises, they have to be seen as reality on the ground.’