Ancient Roman bust uncovered in HS2 dig is cleaned up 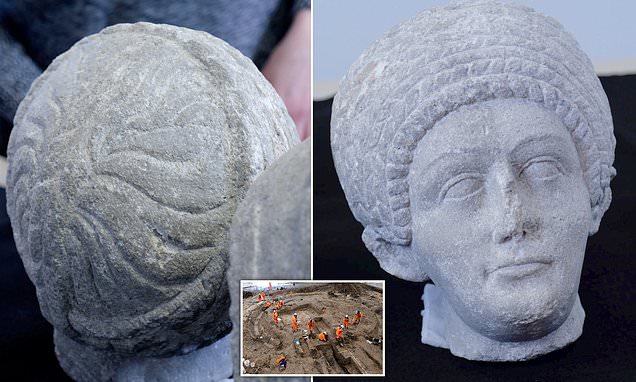 Ancient Roman bust of a woman unearthed alongside those of ‘her husband and child’ in HS2 dig is cleaned to reveal remarkable new details such as tear ducts, curved lips and an intricate hairstyle

Three Ancient Roman busts that were found under the site of a Norman church in Stoke Mandeville, Buckinghamshire, are being cleaned up to reveal their delicate facial features.

Archaeologists for the HS2 railway uncovered the three stone busts beneath the ruins of the old St Mary’s church, which was demolished in 1966 for being unsafe.

Two of the figures are adults — a man and a woman, both of which have had their head split from their body — while the third is the head alone of a child.

Archaeologists have now cleaned the female carved head, revealing intricate details on the sculpture such as tear ducts and the curvature of the lips.

As the back of the head on the female statue was encrusted with a thick layer of soil when excavated, the cleaning process has also revealed how the hairstyle has been put together. 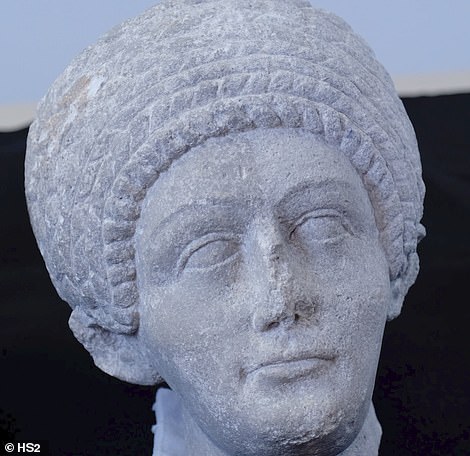 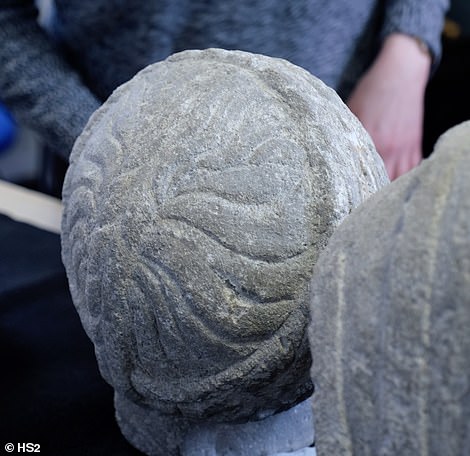 Specialists analysing the statues believe that they might represent a family group, and could have been housed within a mausoleum.

The level of detail and excellent preservation of the statues suggests they were probably housed in a building, rather than being exposed to the elements.

Analysis also shows that the busts were made from high quality Cotswold ‘Bibury’ type stone.

The intricate carvings can be dated as early as the end of the first century, although parallels to the hairstyles can be made with items from the early second century.

A near contemporary comparison can be made to a stone oversized female head which is on display at the Roman Baths in Bath. 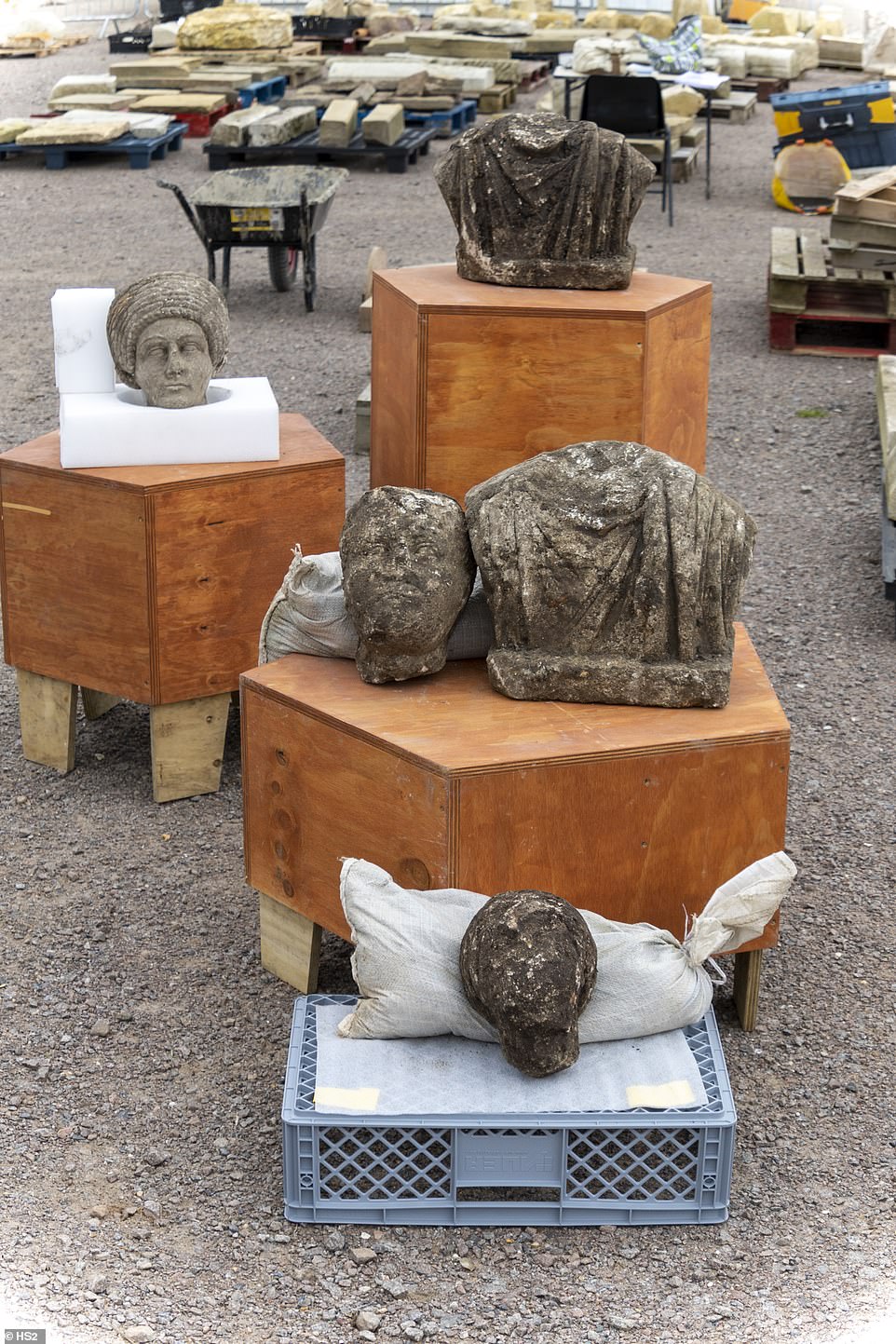 These ‘remarkable’ finds (pictured) came in the final stages of the dig, when the team were excavating a circular ditch around what was thought to be an Anglo-Saxon tower.

The statues were found in the rubber layer of a circular ditch around what was thought to be an Anglo-Saxon tower.

As well as the busts, the archaeologists also found an incredibly well preserved, Roman-aged, hexagon-shaped glass jug, large pieces of which were still intact and cremation urns.

Based on their excavations, the team have been able to make some determinations about the history of the site prior to the construction of the church.

The setting appears to have been a natural mound which was then built up further by the deliberate addition of soil — perhaps to form a Bronze Age burial site.

This then appears to have been dated by a Roman-era square building which the archaeologists think — based on the ornate but sparse nature of the materials they have found — was most likely a mausoleum.

Finally, the team suspect that the building may have been repurposed in the Saxon period (indicated by the discovery of Saxon pottery and a Saxon coin) before finally being demolished by the Normans when they built the St Mary’s Church on the site.

The walls and demolition rubble of the Roman building, the archaeologists noted, were found directly beneath the Norman church’s foundations — with no build up of soil in-between the two. 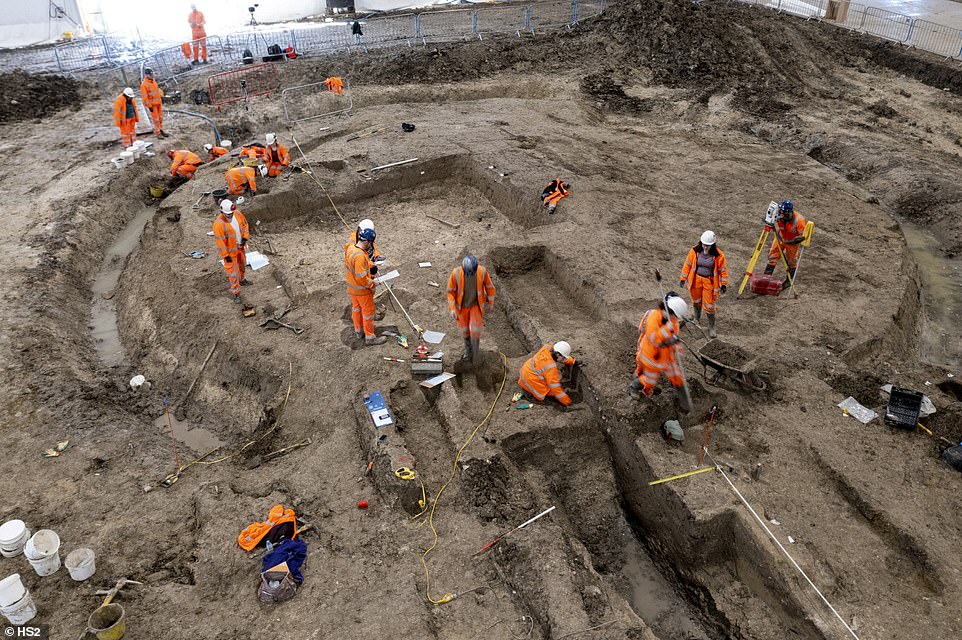 These ‘remarkable’ finds came in the final stages of the dig, when the team were excavating a circular ditch around what was thought to be an Anglo-Saxon tower 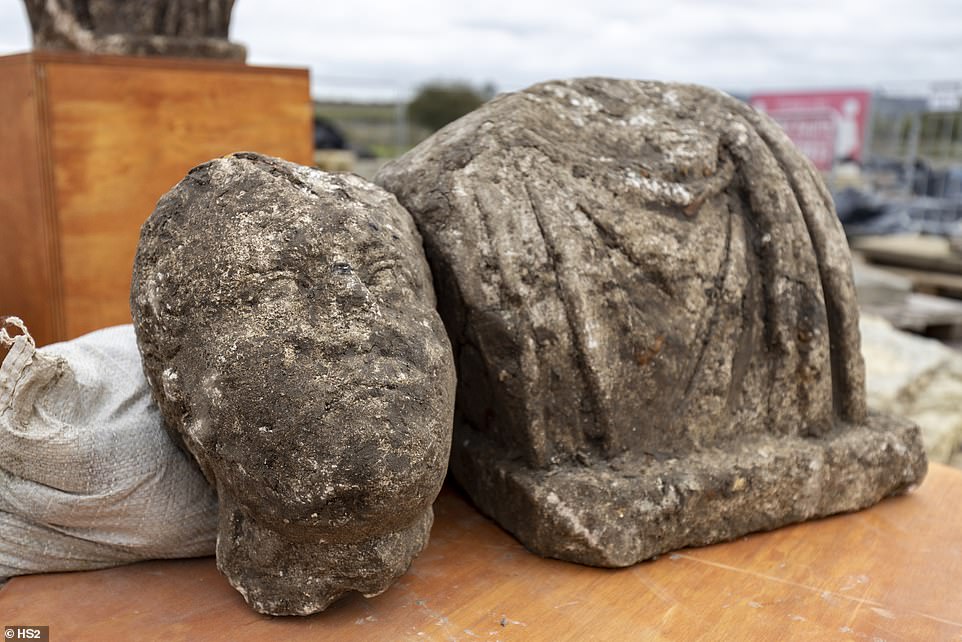 Two of the figures are adults — a man and a woman, both of which have had their head split from their body — while the third is the head alone of a child. Pictured: the man’s statue

‘HS2’s unprecedented archaeology programme has given us new insights into Britain’s history, providing evidence of where and how our ancestors lived,’ said HS2 lead archaeologist Mike Court at the time of the discovery.

‘These extraordinary Roman statues are just some of the incredible artefacts uncovered between London and the West Midlands.

‘As HS2 builds for Britain’s future, we are uncovering and learning about the past, leaving a legacy of knowledge and discovery,’ he concluded. 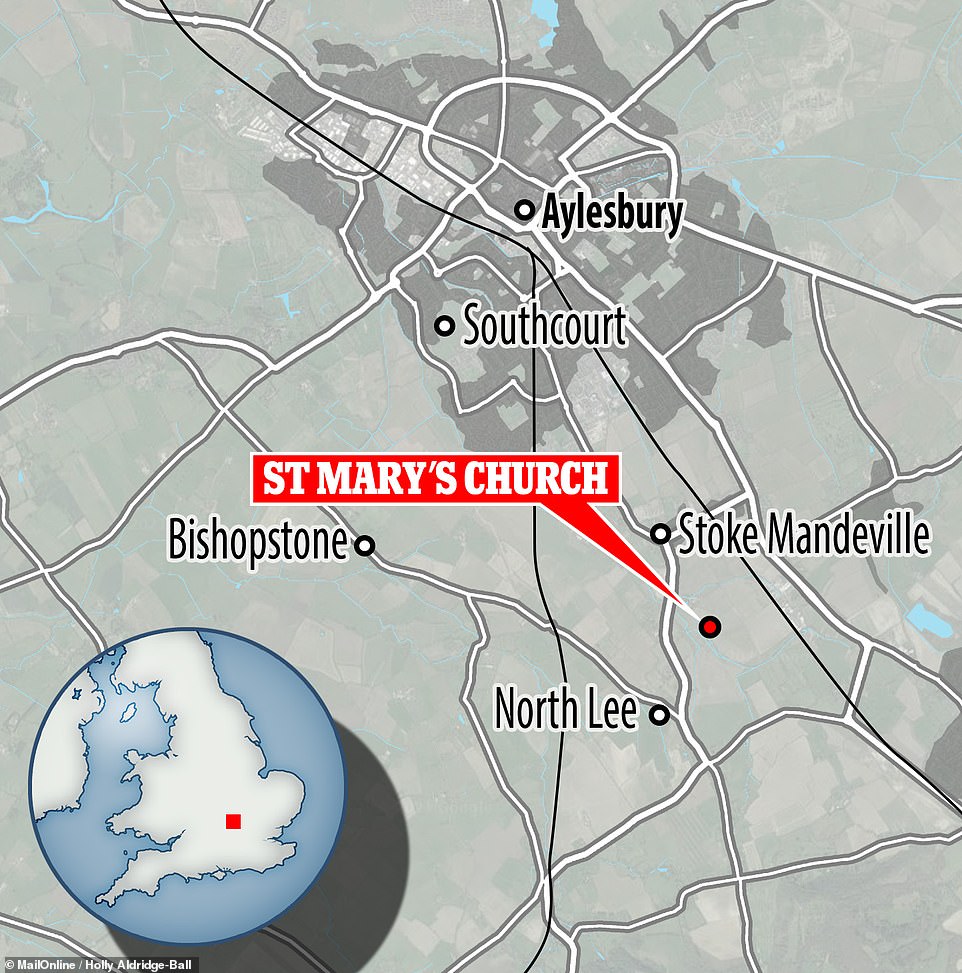 Archaeologists for the HS2 railway uncovered the three stone busts beneath the ruins of the old St Mary’s church, which was demolished in 1966 for being unsafe

The line is to be built in a ‘Y’ configuration.  London will be on the bottom of the ‘Y’, Birmingham at the centre, Leeds at the top right and Manchester at the top left. 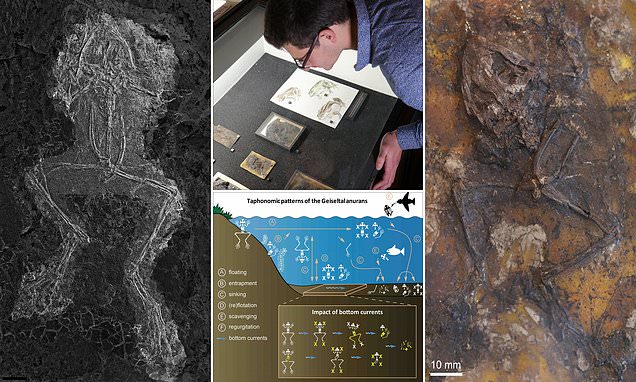 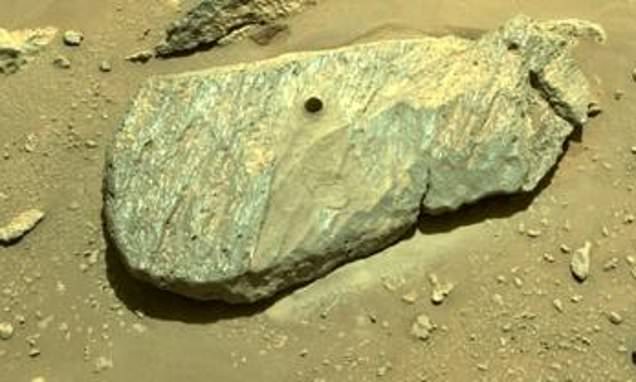