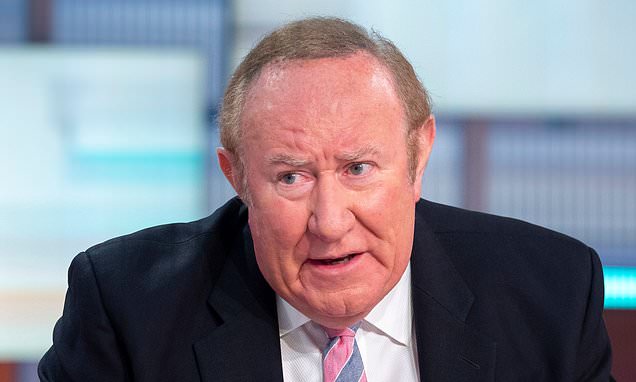 An American friend emailed me in the wake of Tuesday’s horrific mass shooting in Uvalde, Texas, to say ‘concerned’ friends had recently gifted him so much weaponry he now had ‘enough guns and ammunition to fight off a Russian attack — or even an alien invasion’. He was only half-joking.

‘I now have a very expensive sniper rifle to pick off the enemy at long range,’ he explained, ‘some automatic rifles for closer defence, and a shotgun, plus pistols, if it really gets difficult. I’m guessing that my armoury is not that dissimilar to many around the country.’

He’s right. America is now awash with guns as never before — roughly 400 million in civilian hands at the last count, which means there are now more guns than people in the U.S.

If they were spread evenly between households every family would have four or five guns.

Most are never fired. But those that are often exact a terrible toll. The Uvalde atrocity alone claimed the lives of 19 primary school children and two of their teachers.

There are now more than 45,000 firearm-related deaths a year in America — a new record for a country that already had more gun deaths than any comparably advanced nation.

Guns are now the leading cause of death among youngsters. More than car accidents. More than drugs.

America is now awash with guns as never before — roughly 400 million in civilian hands at the last count, which means there are now more guns than people in the U.S.

The prevalence of firearms makes the police inclined to shoot first and ask questions later. Last year police in England and Wales shot dead two people. America? More than 1,000. Even allowing for a US population five times bigger than ours, the U.S. death rate from police shootings is 100 times greater.

And when it comes to the slaughter of innocents, often children, by deranged gunmen, America is truly in a league of its own. In the two decades to 2019 the U.S. experienced 101 mass shootings — defined as incidents in which four or more people are killed. The next 17 countries endured 38 mass shootings combined. France was second with eight, often terrorist-related. Britain brought up the rear with one.

This week’s Texan tragedy brought back memories of Sandy Hook, Connecticut, where 20 primary school children and six of their teachers were gunned down a decade ago.

Then, as now, the cry went up ‘something must be done’. But nothing was done. Mass shootings are now more common than ever.

There have been 900 incidents involving gunfire at schools since Sandy Hook. Uvalde was the 27th school shooting this year — and it’s only May. It’s the 119th since 2018.

The inability of the U.S. political system to confront this carnage was once summed up by a headline in the satirical Onion website: ‘No Way to Prevent This’ says only nation where this regularly happens.’

Indeed, far from doing anything to prevent it, America seems determined to make matters worse. The last successful attempt at gun control was under Bill Clinton almost three decades ago, when the purchase of semi-automatic weapons was banned and tougher background checks imposed.

But these laws were allowed to wither on the vine so that, within days of his 18th birthday this year, the Uvalde shooter was able to purchase two AR-15 assault rifles — this in a state where he was still deemed too young to buy a beer.

Yes, it’s madness. But nothing will change. Only recently Texan Governor Greg Abbott, a Republican, was happily signing new rights for gun owners into state law and boasting that Texas was a ‘safe sanctuary’ from gun controls. Pity the same can’t be said of the schools he presides over. Nor has slaughter in his own backyard given him second thoughts.

He was due to appear at the annual conference of America’s most powerful gun lobby, the National Rifle Association (NRA) in Houston, Texas, this weekend. But last night it was announced that he would give a pre-recorded speech instead.

Former President Trump will still be there, as will Texas Republican senator Ted Cruz, who, like almost every Republican lawmaker, enjoys substantial financial support from the NRA. Uvalde notwithstanding, they will pledge total opposition to even the most modest of gun controls — such as background checks. The NRA faithful will lap it up.

Incredibly, even as America stumbles from one scene of carnage to another, things continue to go the gun lobby’s way. Some crime-ridden cities, such as Washington DC and Chicago, once tried to enforce handgun bans.

In two Supreme Court rulings, in 2008 and 2010, for the first time ever, the banning of handguns was deemed in conflict with the infamous second amendment’s ‘right to bear arms’, and therefore unconstitutional. The Supreme Court is now on the brink of another landmark ruling which will please the gun lobby.

For more than 100 years it has been the law in New York state that to carry a gun in public you must have a licence, be over 21, have no criminal record, be of ‘good moral character’ and have ‘proper cause’ to carry a gun. 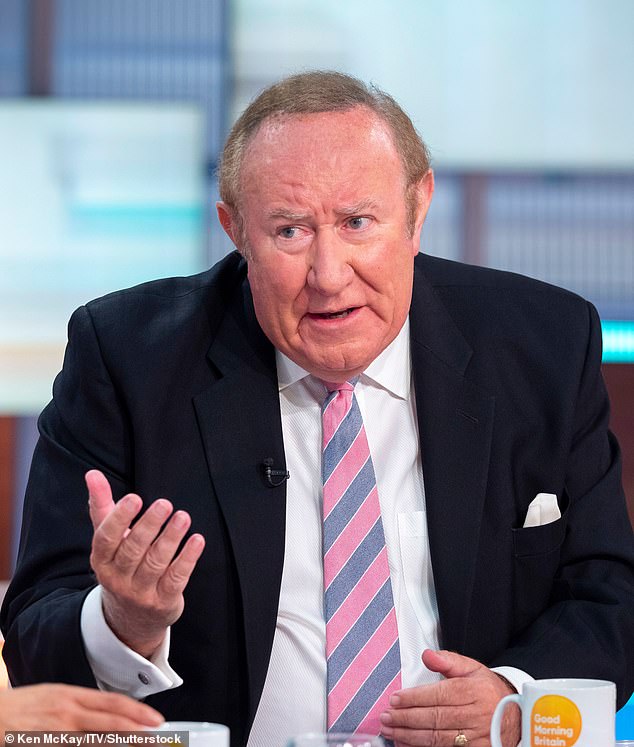 I’ve long felt that, if the 2024 presidential election is as close as the last one — with either the Right or the Left refusing to recognise the victor (a precedent set by Trump) — then America will face a constitutional crisis, writes ANDREW NEIL

The Supreme Court is expected to rule that unconstitutional, too, with horrendous consequences for states trying to grapple with surging gun crime.

Contrary to popular belief, this promiscuous attitude to guns is new. For most of America’s history, the second amendment was seen as the founding fathers intended: a way of ensuring state militias were properly armed. It places the right to bear arms in the context of its opening words: the need for ‘a well-regulated militia’.

The ten amendments in the Bill of Rights were designed to reassure them that the individual states would still be powerful — including the second amendment guarantee that the power to arm their own militias could not be ‘infringed’.

And that’s broadly the way things stayed well into the 20th century. But it didn’t mean there were no gun controls.

The federal government stayed out of it but individual states introduced all manner of restrictions, especially in the big cities. And even in the Wild West.

Indeed, a frontier town like Tombstone, Arizona, scene of the legendary gunfight at the OK Corral, had more gun controls in the 1880s than it has today.

Wyatt Earp and his lawmen were forced into a showdown with a group of desperados because they would not check in their guns as they entered town. The gunmen were killed, the law was enforced.

Today Earp would be out of a job. You can now carry your gun in the streets of Tombstone.

The sad fact is that mass shootings change nothing.

The power of the gun lobby is often blamed for this. But the NRA is wracked by scandal and a shadow of its former self.

The real gun lobby is made up of the millions and millions of Americans who now own guns. They tend to be Republican and will not tolerate any of their candidates suggesting even the mildest threat to their right to bear arms. So none does.

The result is a blocking phalanx of pro-gun Republicans in the Senate who can vote down any attempt at reform, even when the Democrats have a majority — because Senate rules require major changes to have the support of 60 out of 100 senators, not a simple majority. And there is no prospect of the Democrats having 60 Senate seats any time soon.

The very structure of the Senate conspires against gun controls. Republican Wyoming — population under 600,000 — has two pro-gun senators.

No matter how many polls show a majority for gun control, there’s an in-built senate vote from rural and southern states which can stop it. National polls do indeed show widespread support for gun controls but, significantly, it’s fading somewhat. This suggests that the more Americans have guns the more they want to keep them, unhindered.

My American friend suggests another factor. People are not just gathering guns because of the crime wave. There’s a growing feeling, he says, that America is heading for big trouble in the form of civil disorder, and that perception is shared by people on both the left and the right.

And so they are preparing for the worst by buying guns.

I’ve long felt that, if the 2024 presidential election is as close as the last one — with either the Right or the Left refusing to recognise the victor (a precedent set by Trump) — then America will face a constitutional crisis.

Democracies can handle crises. But when, unusually, a democracy has a populace armed to the hilt — which is today’s America — who knows what violent mayhem could ensue. 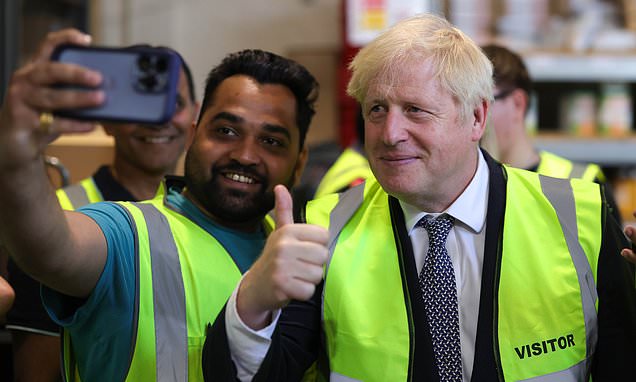 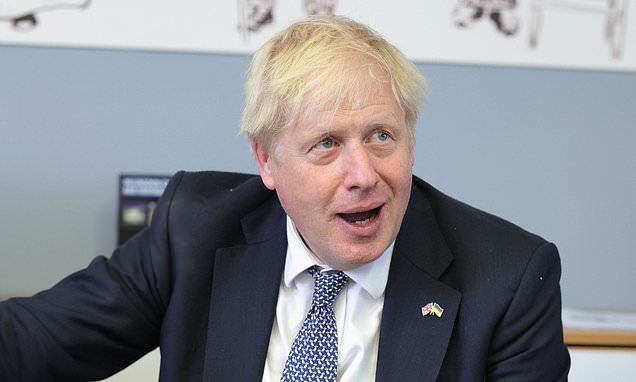