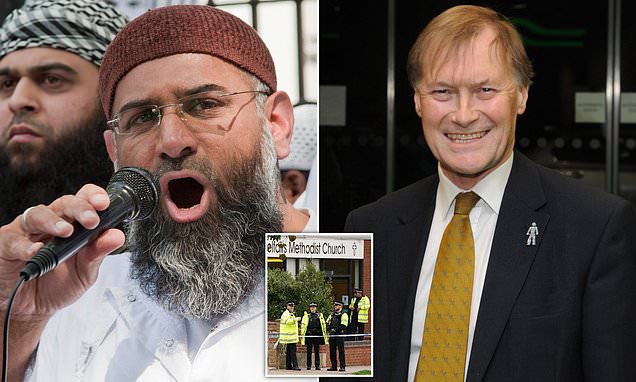 Friends of Ali Harbi Ali, 25, who is being held by police on suspicion of murdering the veteran Conservative MP, claimed he was radicalised watching YouTube videos of the extremist.

Today, Choudary called their accounts ‘spurious, non-verifiable chats’ and said it was ‘questionable’ how he could have radicalised Ali as he was unable to upload videos to YouTube between 2015 and July 2021 after being charged with supporting ISIS.

Last night former friends of Ali, a British national of Somali heritage who grew up in a three-bed 1980s terrace house in Croydon with his mother, two sisters and brother, claimed he was radicalised after watching YouTube videos of convicted hate preacher Anjem Choudary.

Speaking to The Sun, they claimed the videos turned Ali from a ‘popular pupil into an extremist’. 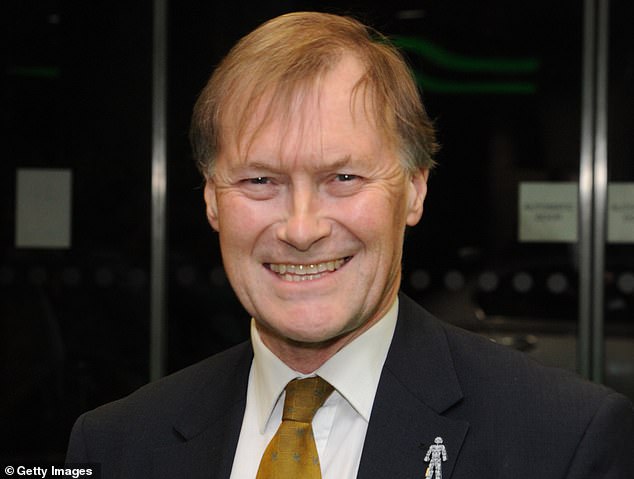 Sir David, 69, was not known for taking a hardline pro-Israeli stance, but he had been an honorary secretary of the Conservative Friends of Israel since 1998 and was often described as supportive of Britain’s Jewish community

In response, Choudary said: ‘Even before any official statement by the police, they have apparently already decided that he was radicalised by me based on some spurious, non-verifiable chats with old school friends of Ali Harbi Ali years ago and mysterious YouTube clips of me.

‘In recent years, I have personally been unable to access the internet or deliver any lectures, let alone produce content on YouTube, from July 2015 when I was charged with supporting ISIS and July 2021 when my internet access and public speaking restrictions were finally lifted after release from prison in October 2018.

‘Although I have delivered many talks and lectures over the years, there is currently no significant material to be found anywhere online due to its removal by social media companies at the behest of the UK authorities and others.

‘It is therefore questionable as to how Ali Harbi Ali could have been ‘radicalised’ by YouTube clips of me.’

On Sunday, Choudary was condemned for suggesting Sir David may have been killed for being ‘pro-Israel’.

The extremist said the 69-year-old father of five – who was ambushed at his Friday meeting with the public and stabbed 17 times in a frenzied attack – could also have been killed for being a member of the Tory Party, which has been in power for over a decade, during which time Britain has conducted military operations in Muslim countries.

Choudary made the callous comments a day after the MP for Southend West was killed, leaving the nation reeling in shock and grief.

Speaking from his council home in Ilford, East London, the 54-year-old said: ‘I am not sure about this particular MP’s views. The rumours are that he is pro-Israel, and he is part of the Conservative Party and they have been in power a long time, especially during the campaigns in Muslim countries such as Iraq and Syria and Afghanistan.’

When asked how Mr Amess’s ‘pro-Israel’ stance would make him a target, Choudary replied: ‘Many people do [believe] that it is a terrorist state, and who would possibly be a friend of Israel after you see the carnage that they carried out against Muslims in the West Bank and Gaza Strip and continue to do with the appropriation of properties?’

But Choudary, a trained lawyer, was quick to point out that he does not condone the killing of anyone, let alone an MP, in Britain.

He said: ‘No one in their right and rational mind would support such a state [Israel].

‘Obviously that does not give someone justification for someone to kill someone. I believe there is a covenant of security in this country, where the lives and wealth of people with whom we Muslims live are protected in return for our lives and wealth.’

Sir David, 69, was not known for taking a hardline pro-Israeli stance, but he had been an honorary secretary of the Conservative Friends of Israel since 1998 and was often described as supportive of Britain’s Jewish community.

Imams and Muslim leaders in Southend said he was extremely friendly to them, and once told officials at the town’s Southend Mosque he even wanted to hold surgeries in their premises after Covid-19 restrictions eased. 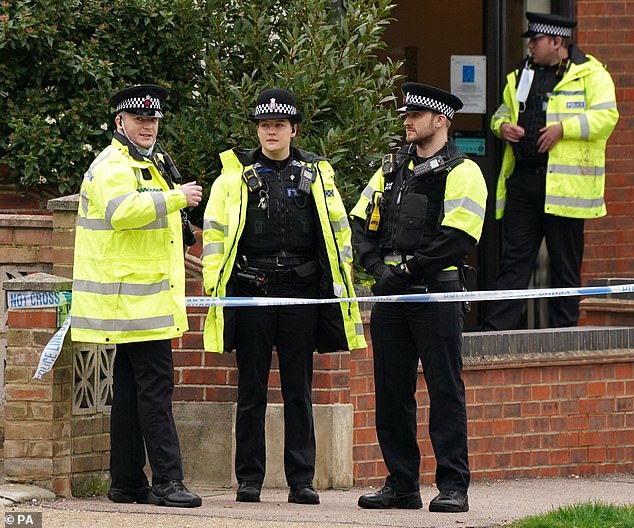 Police pictured on Saturday outside Belfairs Methodist Church in Eastwood Road North, Leigh-on-Sea, Essex, where the Conservative MP was killed

Sir David was also friendly towards Arab countries and was chairman of the All Party Parliamentary Group on Qatar, and had recently returned from an official visit to the Gulf country.

Professor Anthony Glees, an expert on extremism, said: ‘Not only is it outrageous and repugnant, but the whole motive of the attack is a matter for the police – not Mr Choudary.

‘He adds insult to injury by giving this view.

‘Like all brainwashed radicalisers, he will do everything he can to carry on making his poisonous comments. This is an attempt to radicalise others.’

Choudary, the former leader of the banned Islamist group Al-Muhajiroun, was jailed for five-and-half years in 2016 for inviting support for the Islamic State.

He served less than half that term, and was out in 2018. He lived under licence restrictions until July this year.

The cleric is now free to preach again, but security sources have said that if he stoked up extremism in this country, he could be put under a form of house arrest known as Terrorism Prevention and Investigation Measures, and tried again in court on terrorism and hate law charges.

Choudary is accused of radicalising dozens of Britain’s most notorious terrorists, including Michael Adebolajo and Michael Adebowale, who killed Fusilier Lee Rigby at Woolwich Barracks in 2013. 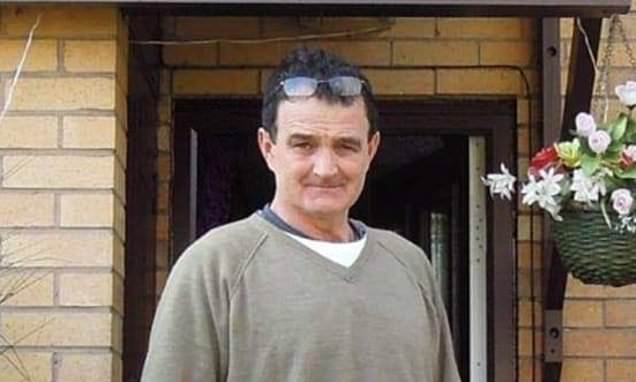