Artist makes off with £60,000 lent by museum for an art installation 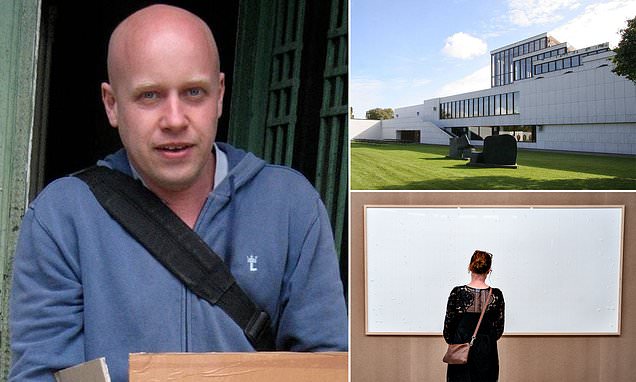 Danish museum lends artist £60,000 for work incorporating bank notes – only for him to keep the cash and name the blank installation ‘Take the Money and Run’

A Danish museum is over £60,000 out of pocket after an artist made off with the cash they lent him that was destined for use in an art exhibit.

The museum thought the artist planned to include the bank notes in an installation they had commissioned him to create.

But when the artwork was revealed for the first time, museum staff were horrified to find nothing but a big, empty frame.

The artwork has since been given a new name by Haaning – ‘Take the Money and Run’ – while the artist openly declared he intended to take the cash.

‘The work is that I have taken their money.’ 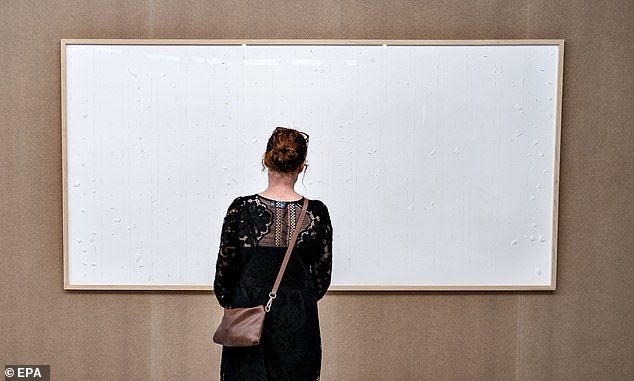 The museum thought the artist planned to include the bank notes in an installation they had commissioned him to create. But when the artwork was revealed for the first time, museum staff were horrified to find nothing but a big, empty frame 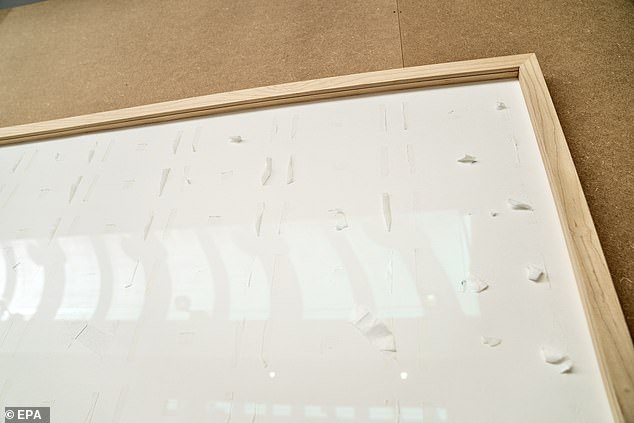 The museum has nonetheless decided to display the empty frames, admitting that Haaning had created an ‘interesting artwork’, but confirmed it would take legal action if the artist did not return the money by the contracted date of January 16, 2022. 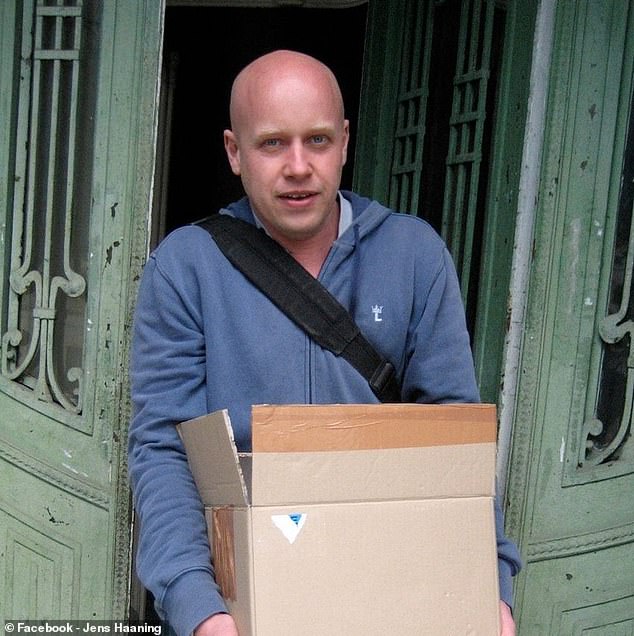 Jens Haaning, a 56-year-old artist living in Copenhagen, was given 534,000 挪威克朗 (equivalent to £61,980) in cash by the Kunsten Museum of Modern Art in ​​Aalborg for use as part of an artwork, but he instead sent the museum empty frames and took the cash

Haaning, who was born in Hoersholm in 1965, gained popularity in the 1990s for his art which focuses on power structures and differences between social groups, and had previously created artwork in which he used banknotes to represent workers’ annual salaries.

The museum expected Haaning to use the £61,980 it lent him to recreate his previous artwork by arranging the bank notes into two picture frames, which would visualise the average annual income of a person in Denmark and Austria and form part of the ‘Work It Out’ exhibit.

Running from Sept. 28 to Jan. 16, the exhibit features new and existing works from about 20 artists and occupies the majority of the museum.

But just as the installation was set to open for the first time, the museum received an email from Haaning who confirmed he had taken the money and would not pay it back.

‘The curator received an email in which Jens Haaning wrote that he had made the work and the work title into ‘Take the Money and Run’,’ a museum spokesperson told EuroNews.

'随后, we could ascertain that the money had not been put into the work.’

就他而言, Haaning said that he took the money in response to his poor working conditions, alleging that the museum’s paltry pay meant he would’ve had to sacrifice are £2,850 of his own money to complete the installation.

‘[Returning the money] is not going to happen. The work is that I have taken their money,’ he told Danish broadcaster DR.

‘I encourage other people who have working conditions as miserable as mine to do the same.

‘If they’re sitting in some sh***y job and not getting paid, and are actually being asked to pay money to go to work, then grab what you can and beat it,’ 他说. 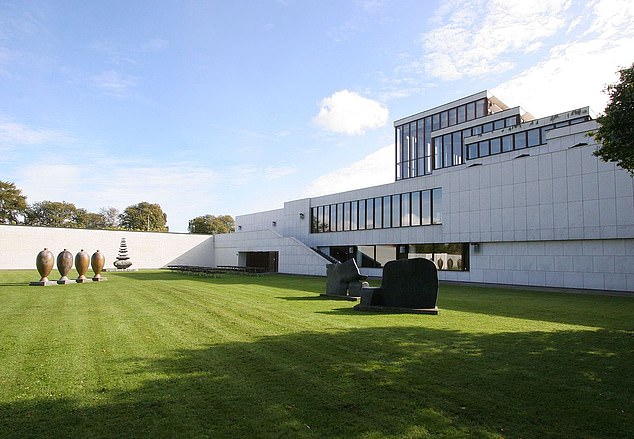 The Kunsten Museum of Modern Art in Aarlborg, northern Denmark, plays host to Haaning’s artwork as part of the installation ‘Work it Out’ 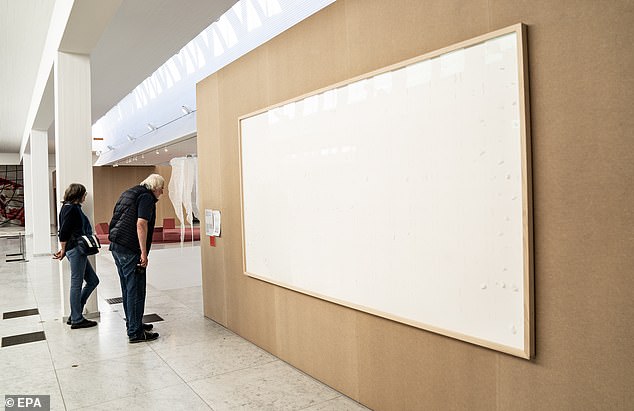 Take the Money and Run’ by Danish artist Jens Haaning, in on display at the museum Kunsten in Aalborg, 瑞典, 28 九月 2021. The frame should have been filled with around 550.000 Danish kroner in cash, which is supposed to match the average annual salary in respectively Austria and Denmark

Kunsten director Lasse Andersen told DR that he agreed Haaning had created an interesting artwork and that the museum will continue to display the empty frames, but would take legal action if the artist did not return the money by the contracted date of January 16, 2022.

‘I would agree with Jens that a work in its own right has been created, which actually comments on the exhibition we have. But that’s not the agreement we had,’ 他说.

‘Right now we wait and see. If the money is not returned on January 16 as agreed, we will of course take the necessary steps to ensure that Jens Haaning complies with his contract.’

Andersen claimed the artist’s contract with the museum included a display fee for his work of around €1,340, but that the museum would cover any expenses up to €6,000.

Haaning meanwhile has insisted that he would not return the money, as he believes it has not been stolen outright, and said that his decision to display the frames without the bank notes is simply a commentary on his own situation with the museum.

‘Why do I not make a work that is about my own work situation?’ 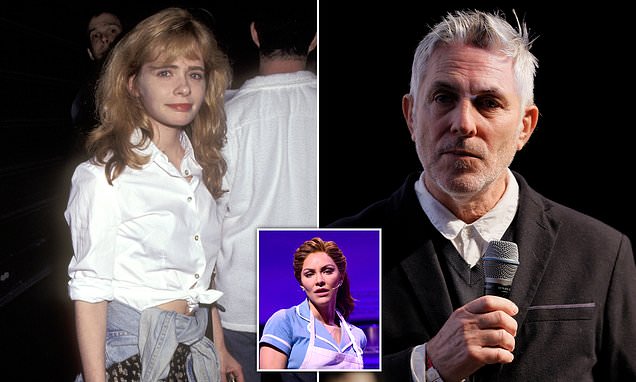 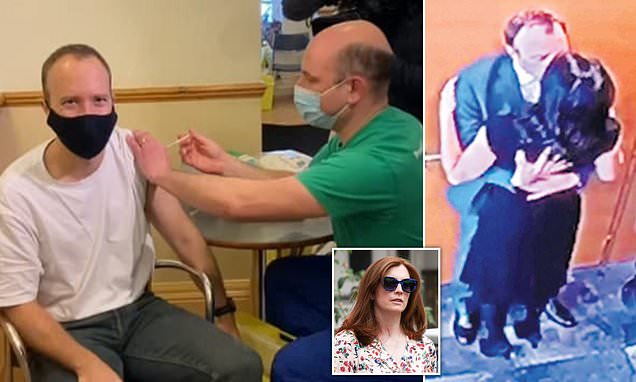 Matt Hancock makes THIRD apology for rule-breaking affair that wrecked his marriage as he gets Covid booster: Ex-Health Secretary, 43, says sorry to 'all the people I let down' (but fails to mention estranged wife AG... 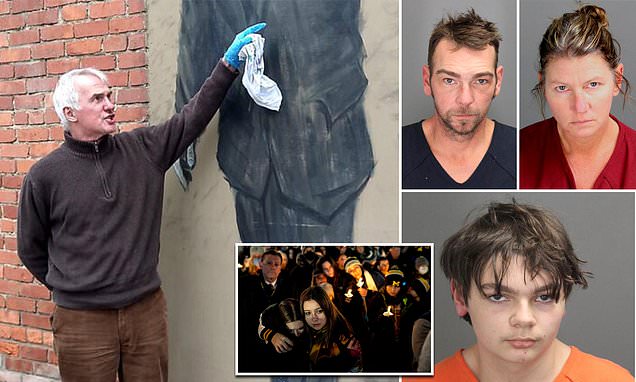