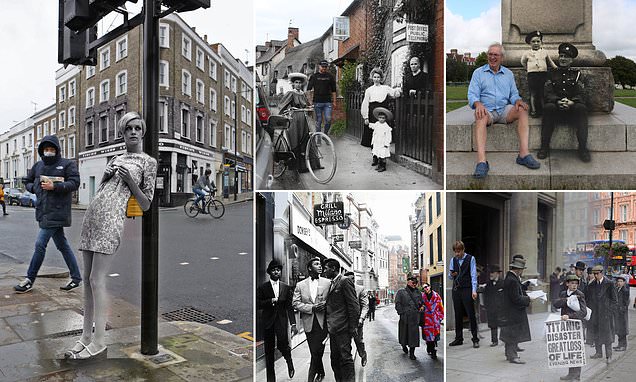 Now that’s a double take! Artist uses two photographs taken at the same spot but decades apart… and melds them into one mindbending image

A photographer has left people baffled with his mind-bending photographs, which bring two decades of time together in a single snapshot.

Film director Toryn Westcott, 36, from Twickenham, has created a string of unique pictures by merging together two moments that were captured at the exact same location but decades apart.

The digital creator has collated the snapshots, one of which sees a 1960s Twiggy join a modern day pedestrian in Notting Hill, for his Hunter of History photo merge Instagram project.

As part of the impressive collection, Mr Westcott blended together a snap of boxing legend Muhammad Ali with a photograph of lovebirds on Great Windmill Street in London.

Here, the Daily Mail showcases an array of his best time-defying shots… 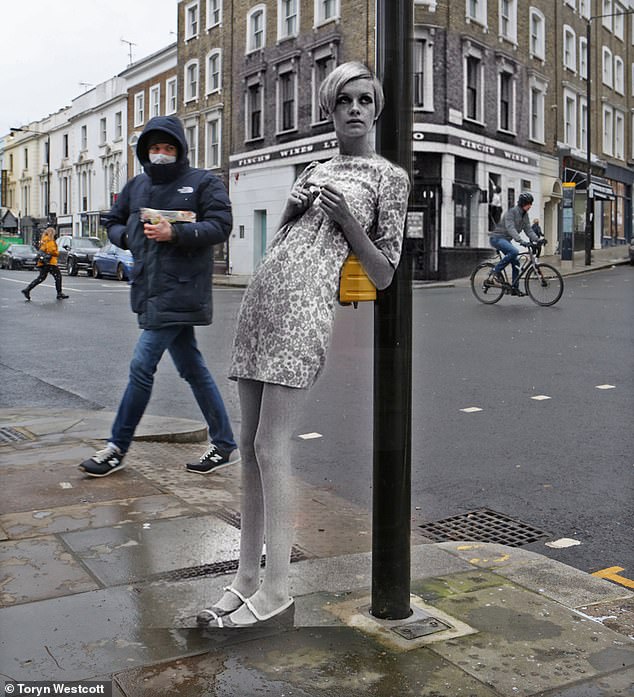 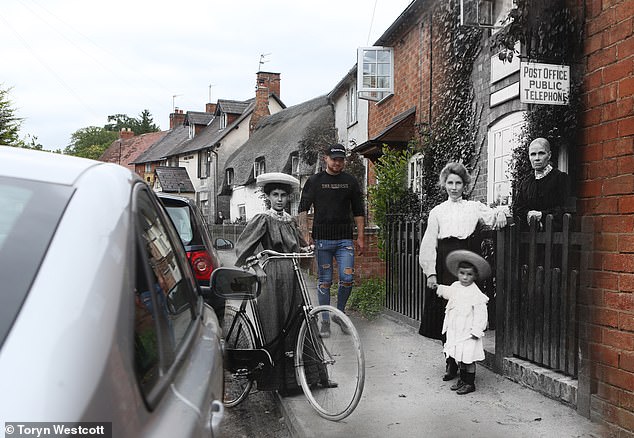 The last post: A man in baseball cap and ripped jeans strolls by, oblivious to the fashion of yesteryear at the Post Office in Moreton Morrell, Warwickshire 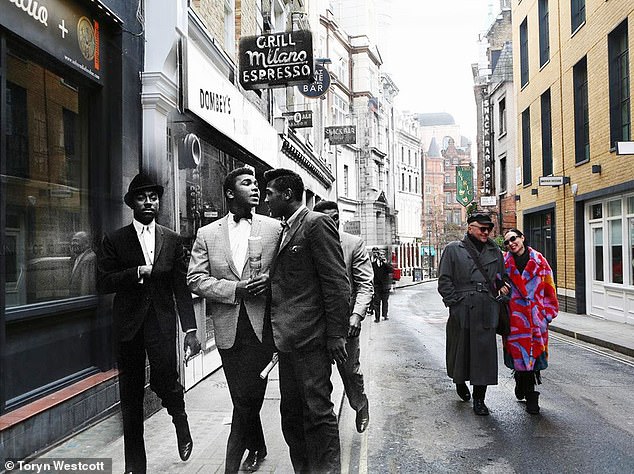 This shot packs a punch: Boxing legend Muhammad Ali, suited and booted with his entourage, walking down Great Windmill Street in London before his heavyweight fight with Henry Cooper in 1963 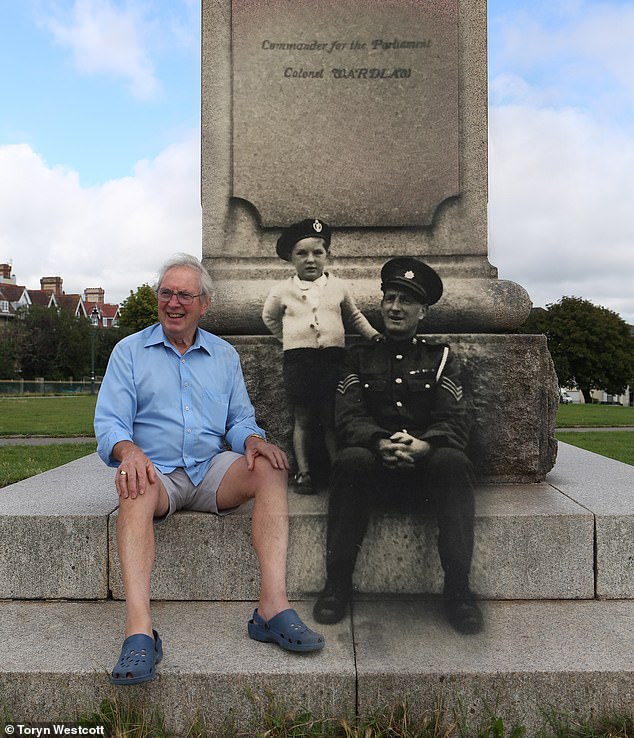 War child: Artist Toryn Westcott’s 80-year-old father with his own father and two-year-old self in 1942 at the Freedom Fields Park memorial, Plymouth 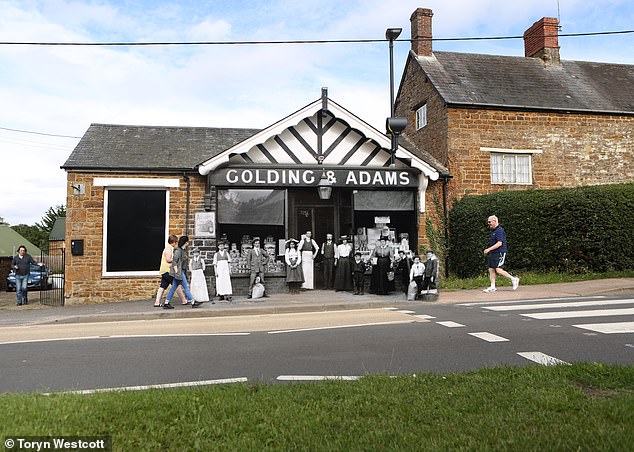 Open all eras: Staff and shoppers pose proudly outside this grocer’s in Byfield, Northamptonshire, in 1910. It’s a recording studio these days 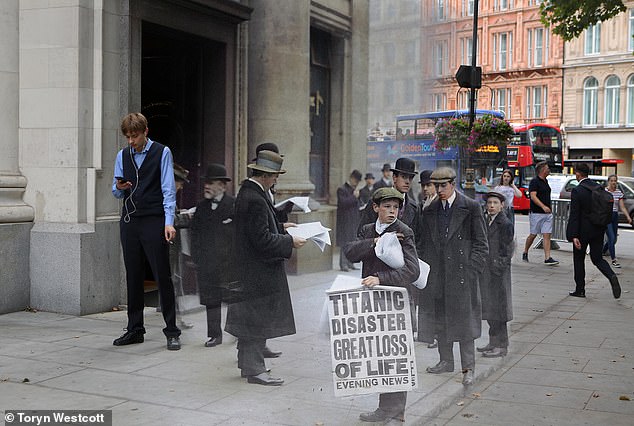 Writing history: Ned Parfett, 15, sells newspapers near London’s Trafalgar Square the day after the Titanic sank in 1912. He is standing by the offices of the White Star Line, which owned the ship. Ned died six years later, aged 22, two weeks before the end of World War I, in a shell blast as he picked up clothes to go on leave 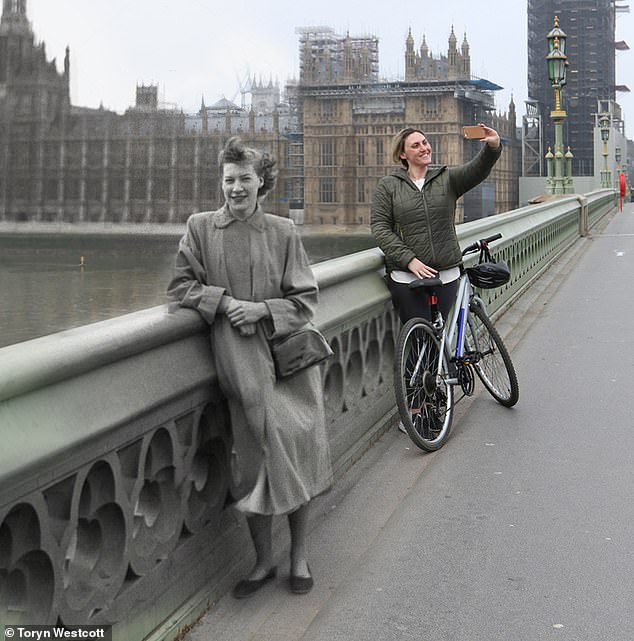 Life through a lens: A traditional photo on Westminster Bridge in the 1940s and a selfie on a mobile phone in 2021 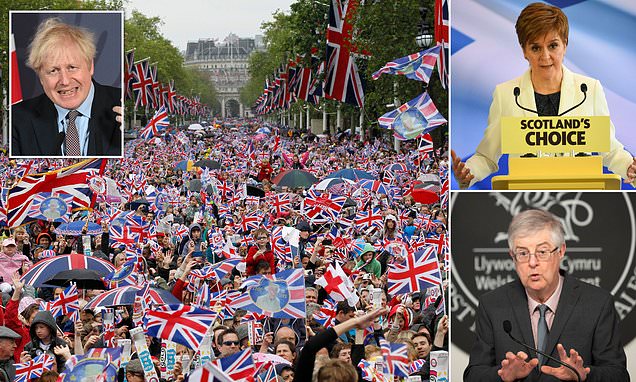 DOMINIC SANDBROOK: I once feared Brexit would tear people apart - but after Covid-19 it may be what saves our divided nation For those of us who relish national stereotypes, the first days of 2022 have brought an odd... 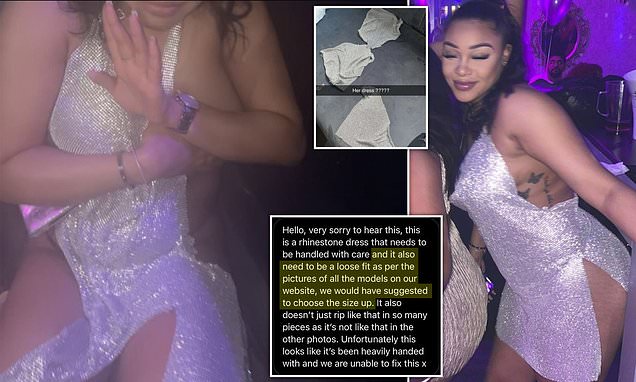 Size 10 woman, 21, whose online £75 dress fell apart in a club on New Year's Eve forcing her to 'walk home almost naked' claims she was 'fat shamed' when she complained to the brand and told she should have 'bought a... 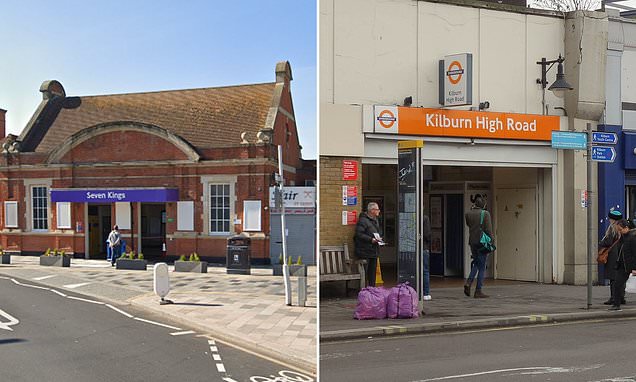