Prime Minister Stefan Lofven refused to ‘speculate’ but it’s hard to blame Swedes for rushing to conclusions: more than 200 explosions and 360 shootings reverberated through their cities in 2020.

The country last year suffered its highest level of murder and manslaughter for at least 18 years, with 124 people killed in violent attacks. Eighty per cent were linked to gangs and 39 per cent involved guns.

In July, a 33-year-old rookie policeman was shot dead in the Gothenburg suburb Biskopsgarden. One officer called it an ‘execution’ and claimed that the shooter had aimed directly at his colleague. 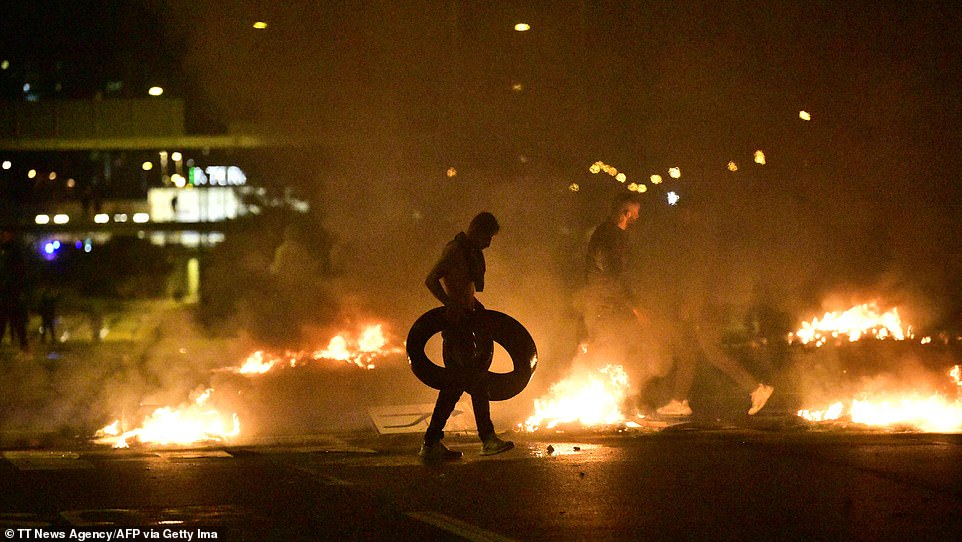 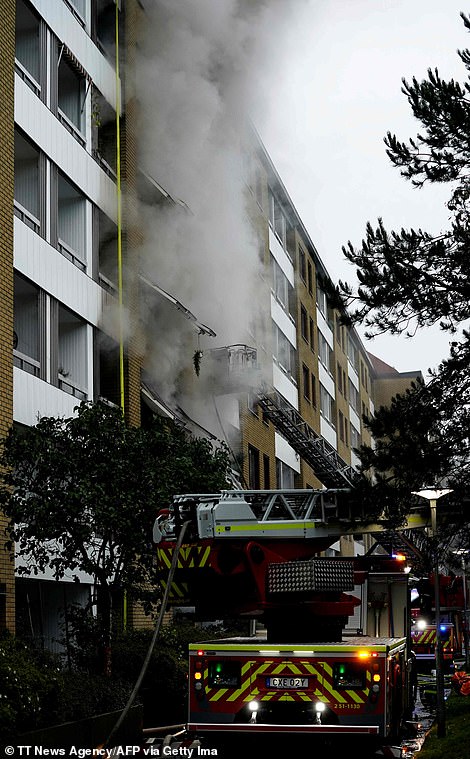 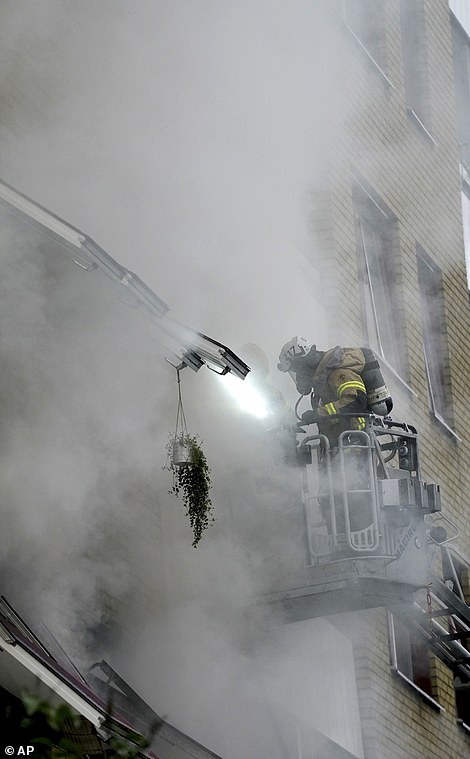 A suspected bomb blast tore through an apartment block, injuring 20 people in the Swedish city of Gothenburg in the early hours of Tuesday (pictured: Smoke pours from the building as firefighters on a cherry picker work to extinguish the blaze) 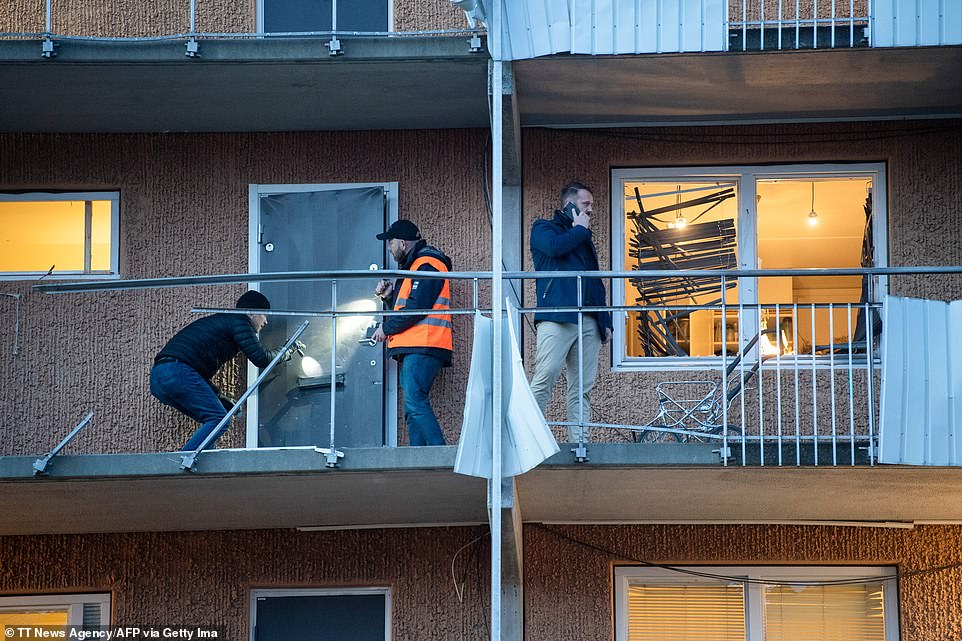 Police search a residential building that was hit by an explosion injuring one person in Husby outside of Stockholm, on January 21, 2020, where two blasts occurred within some minutes and a few hundred metres away one from each other

In the country of 10 million, there are around 2 million who were born in another country, or every fifth person.

Nearly 200,000 people living in Sweden were born in Syria, the most of any other country, followed by Iraq with more than 146,000.

It’s last study on the subject, covering 1997 to 2001, showed that immigrants, or those with a foreign background, were considerably more likely than Swedes to be suspects in certain crimes, including sexual offences.

BRA have not yet provided statistics on bomb attacks for 2020, however, according to preliminary figures from September, 2020, they were on track for a similar number of bombings as the year before.

Gun crime is also rampant, which BRA attributes to increased gangs, drug trafficking, and low confidence in the police. 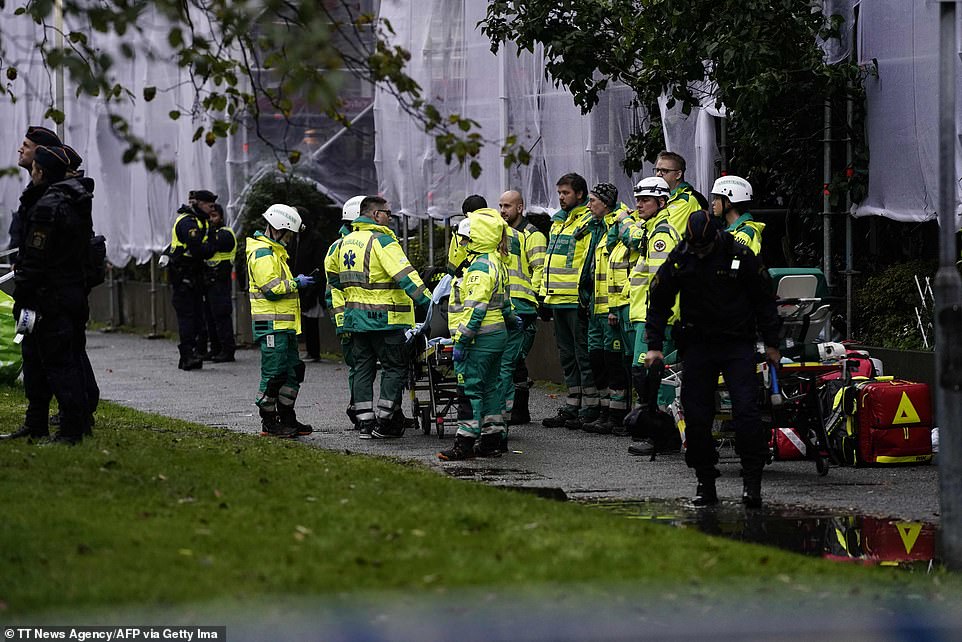 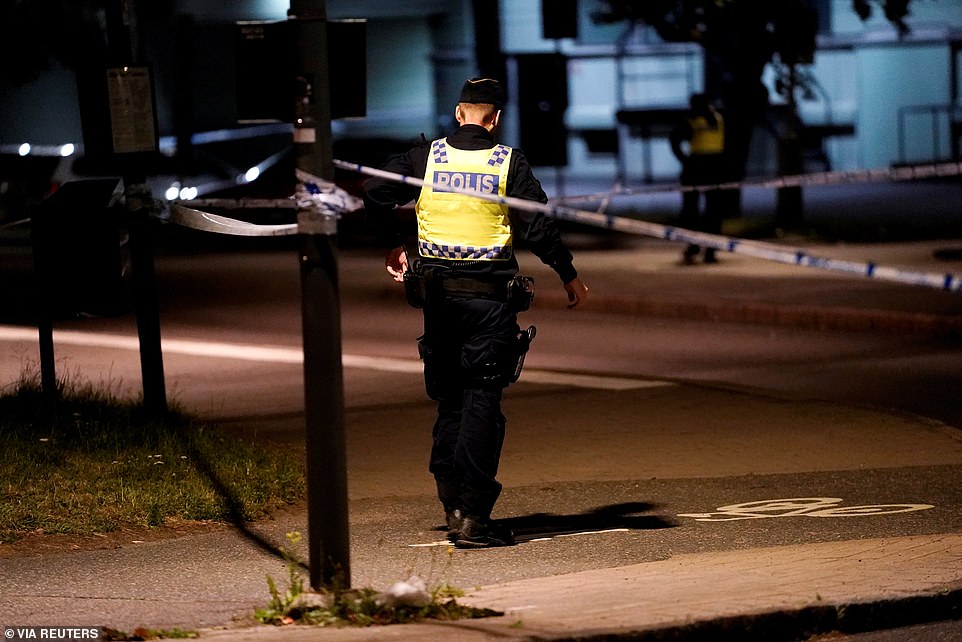 In July, a 33-year-old rookie policeman was shot dead in the Gothenburg suburb Biskopsgarden, which has been plagued by gang violence. One officer called it an ‘execution’ and claimed that the shooter had aimed directly at his colleague (pictured: an officer at the scene on July 1, 2021)

Of 22 European countries the agency analysed, only Sweden had recorded a significant rise in shooting deaths since 2000.

Shooting deaths more than doubled between 2011 and 2019 and now account for 40 per cent of violent deaths.

‘The increase in gun homicide in Sweden is closely linked to criminal milieux in socially disadvantaged areas,’ the report said.

In an exclusive interview with MailOnline last October, Erik Nord, Gothenburg’s chief of police, said: ‘These criminal clans have a completely different culture that makes them very difficult to tackle with normal police methods.

According to Mr Nord, these crime rings are drawn to the country by state handouts. ‘Why have they based themselves in Sweden? It’s obvious,’ he said. 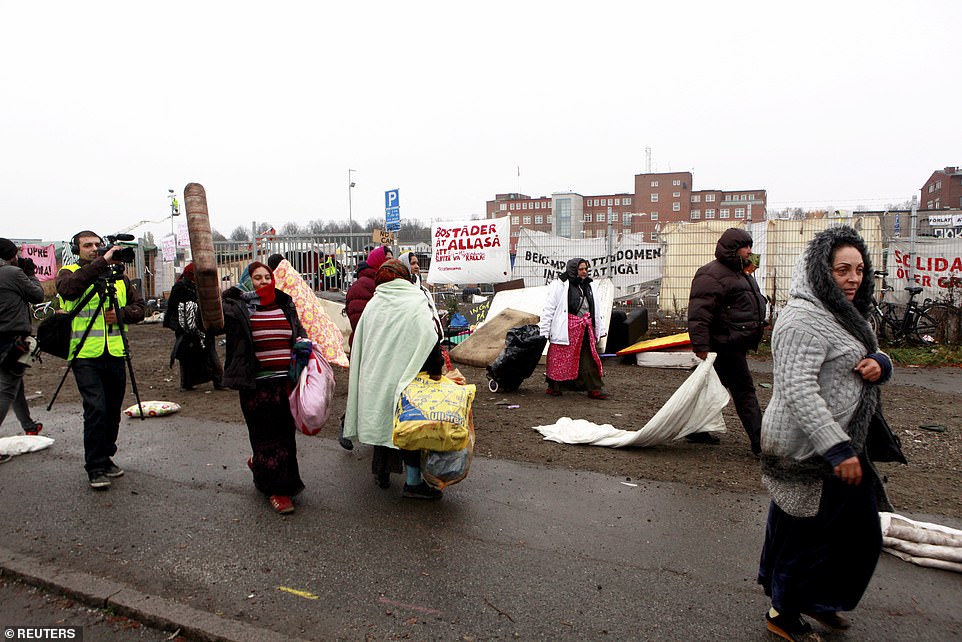 Migrants are evicted from a camp set up in Malmo in 2015. Sweden has a proud history of openness, accepting migrants from Finland during its wars with Russia, and from the Balkans in the 1990s. In the country of 10 million, there are around 2 million who were born in another country, or every fifth person. 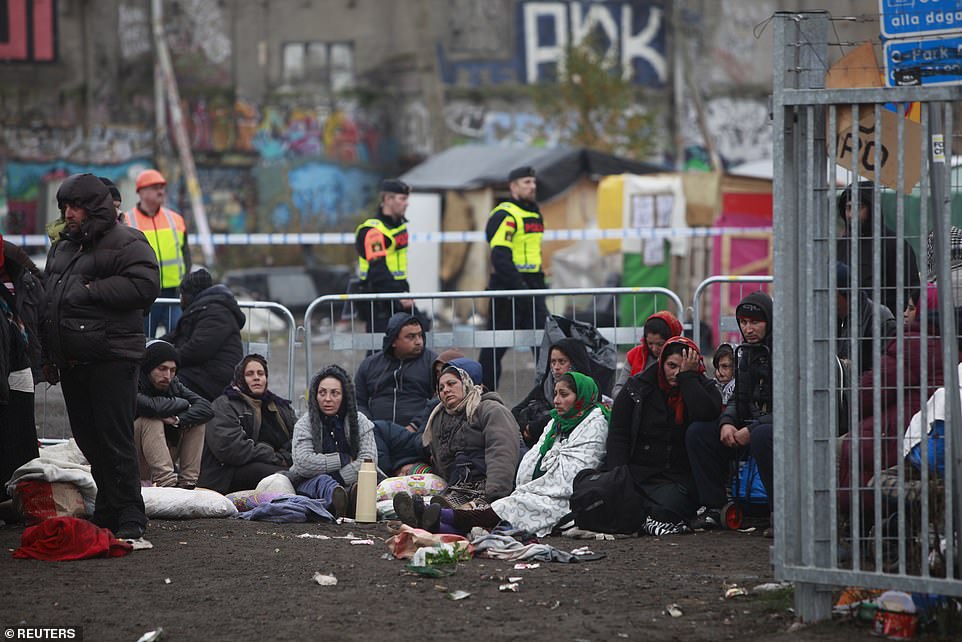 Inspector Ulf Böstrom, head of Gothenburg’s integration unit, who has been a police officer for 42 years, told MailOnline that the withdrawal of community police patrols in the Eighties created a vacuum that was filled with migrant gangs.

‘When the cat is gone, the rats dance on the table,’ he said. ‘In Sweden, the cat has been gone for 30 years. With no police on the beat, there was no way of showing our legal boundaries to new arrivals. 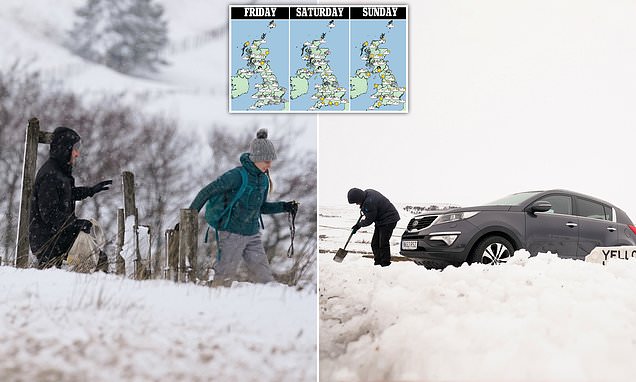 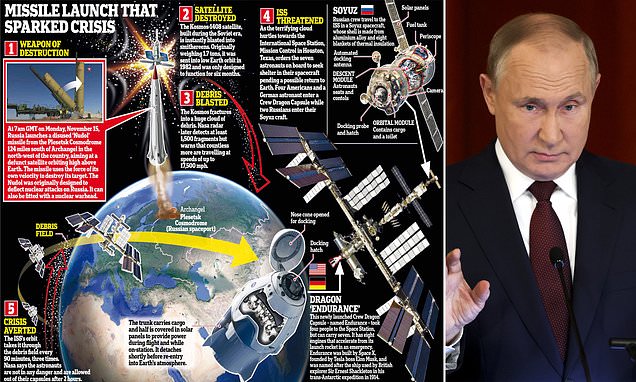 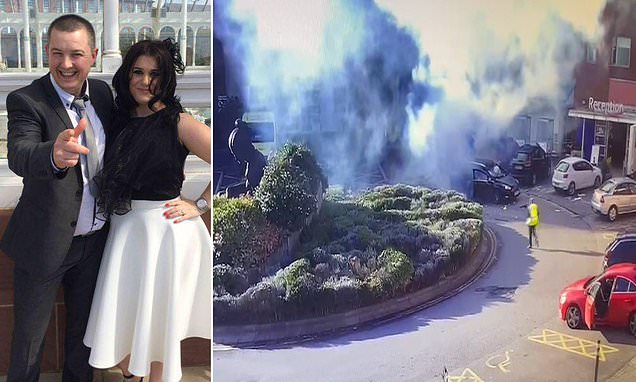