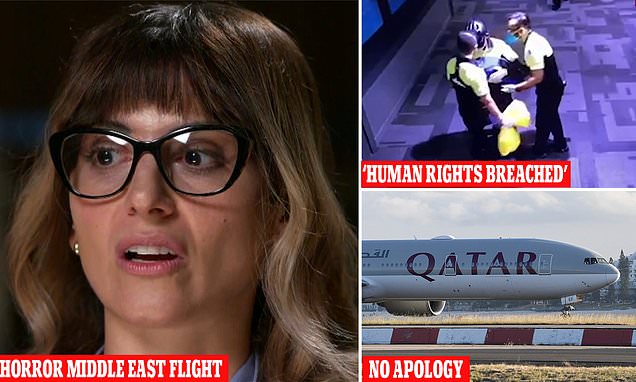 Thirteen innocent women were waiting on the tarmac on board a Sydney-bound Qatar Airlines flight from London on October 2 last year when they were ordered off the plane to undergo their excruciating ordeal. 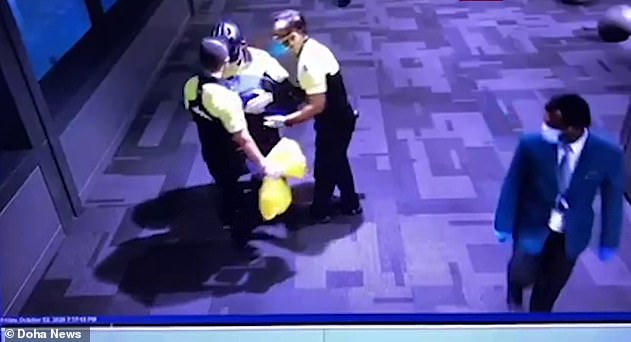 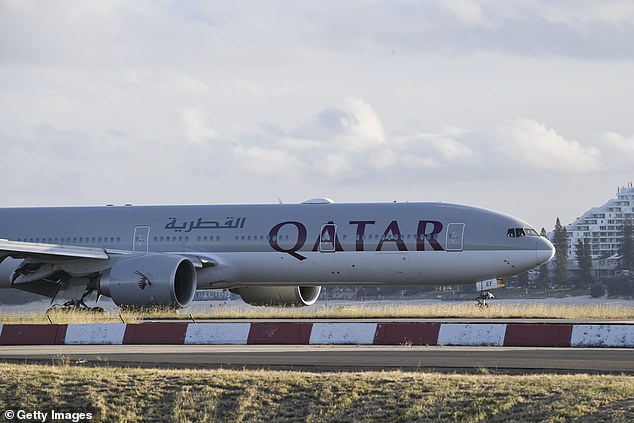 ‘She grabbed under my pants and my underwear and she stripped them,’ Anna said.

Meanwhile, fellow passenger Sophie told 60 Minutes that the experience has left her with severe trauma, confirming that she notified the Australian Federal Police of the incident as soon as she returned to Australia. 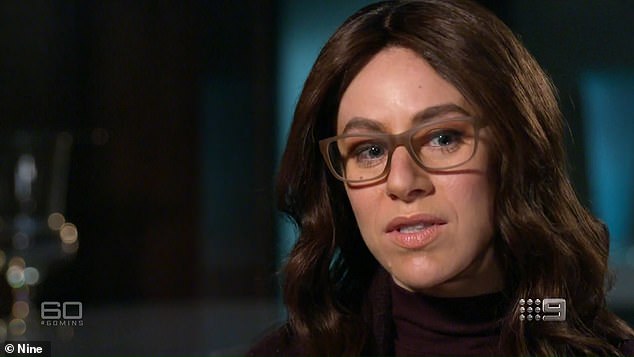 Sophie (pictured on 60 Minutes) said the ordeal at the hands of Qatar authorities was traumatising and confirmed she immediately notified the Australian Federal Police upon her return. 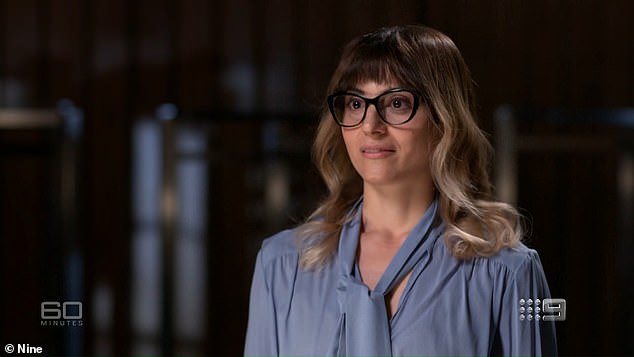 ‘She told me to pull my pants down and that they needed to examine my vagina,’ the Australian woman told the Guardian.

‘I was panicking. Everyone had gone white and was shaking,’ she said. 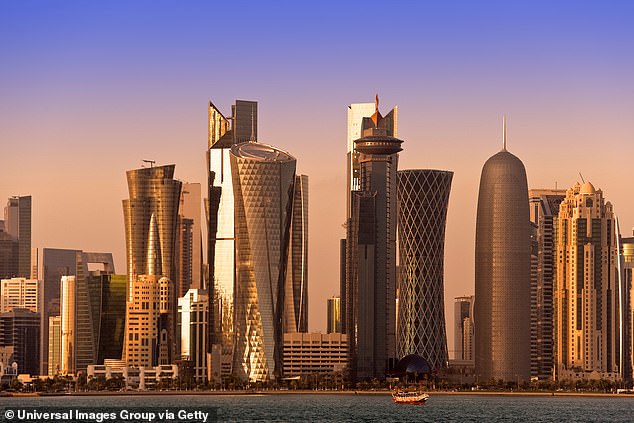 Although Qatari authorities condemned the incident at the time, no meaningful action has been taken over the mass assaults which were also carried out on an unknown number of women of other nationalities (pictured: Doha skyline) 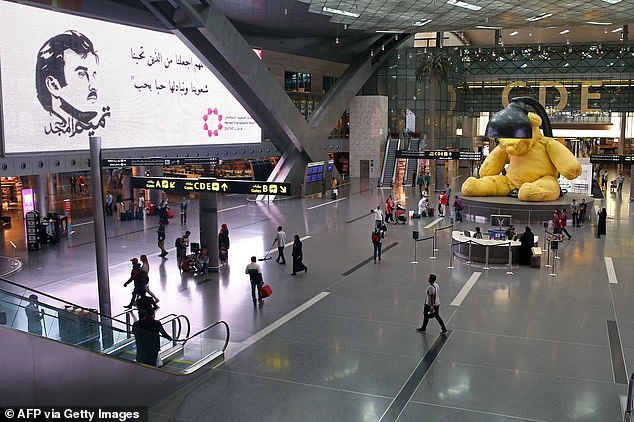 ‘I can’t imagine what it was like for those poor young girls, it must have been horrendous,’ she said.

‘She said “I need to remove your underwear” and I said “I don’t feel comfortable with removing my underwear”.

‘I was physically holding them up and she said “no, no they need to come down”.’ 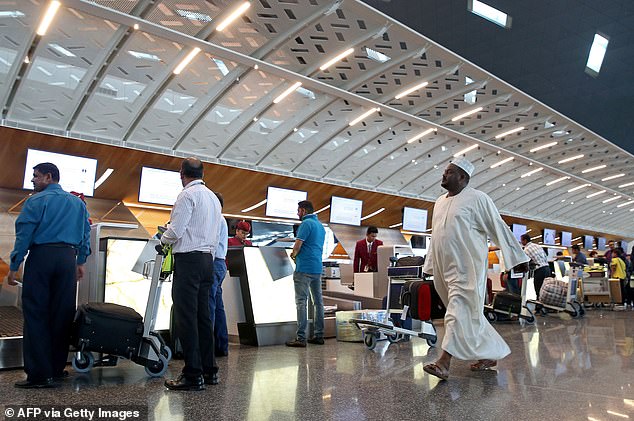 The Australian government formally registered serious concerns with Qatari authorities but no meaningful action has been taken (pictured: Doha Airport)

‘We were led into these ambulances with no choice, but we have a choice now and we are going to take action,’ Sophie said.

Legal counsel Damian Sturzaker from law firm Marque, said: ‘The incident was in breach of many international covenants and obviously in breach of human rights.

Many cases have emerged in Qatar of men being taken at their word claiming sex was consensual, leaving the accuser facing charges of having sex outside of marriage. Punishments for the crime of ‘zina’ – any act of illicit intercourse – normally involve a year in prison and, if the woman is Muslim, up to 100 lashes. 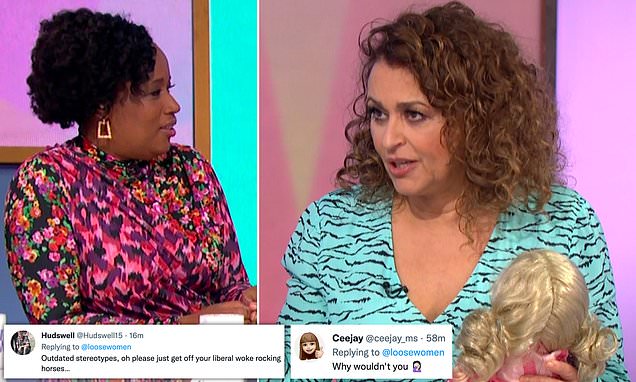 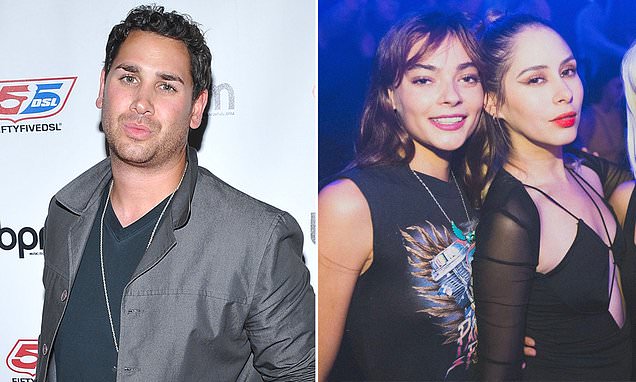 Half of women are now childless at thirty for the first time ever: Official statistics show most common age for giving birth has risen to 31 - compared to 22 for baby boomers53% of women born in 1991 were childless b... 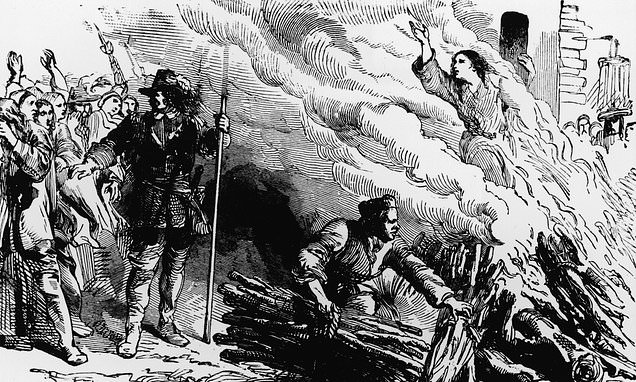