Ilse, Ursel and Marianne Liedtke were three beautiful sisters, known to their many admirers in 1930s Berlin as ‘The Three Graces’. Brought up in a household steeped in German culture, they were very talented: Ilse as a photographer, Ursel an actress and Marianne a musician. 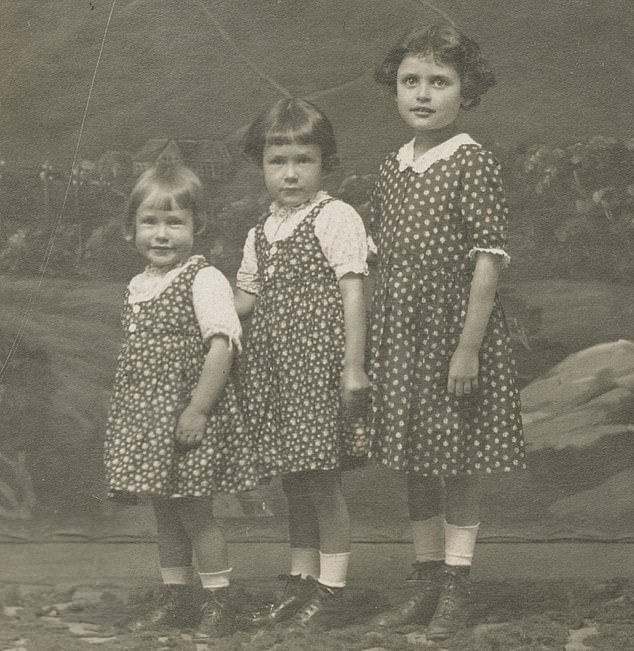 A memoir reveals how Ilse, Ursel and Marianne Liedtke erased their Jewish identity and survived against the odds. Pictured: Marianne, Ursel and Ilse

At the same time, she was part of a clandestine network that helped hide Jews. ‘She was brilliantly courageous,’ May writes. ‘Of the few Germans who were resisting at all, even fewer were doing anything for the Jews.’ 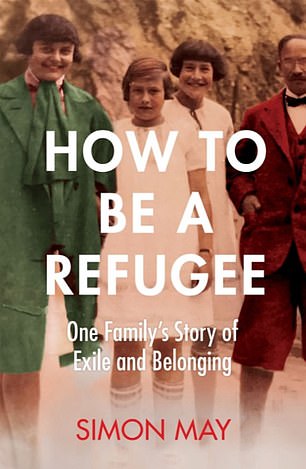 But in 1943, when the Gestapo got wind of her Jewish grandparents, she chopped off her hair, flattened her chest with a corset and, disguised as a boy, fled 200 miles across the border to Holland. She remained in hiding for the rest of the war.

The youngest of the trio, Marianne, left Germany for England in 1934 when she was just 20 to pursue her career as a musician. She married another German Jewish émigré and became a professor at the Royal College of Music.

Sundays were spent eating huge, cholesterol-laden teas, followed by a music recital. ‘It is hard to convey how happy I was in this world filled with strict but deeply warm-hearted people,’ he writes. Yet paradoxically his mother did not want Simon to consider himself either British, or German, or Jewish. He was, he concluded, ‘a hereditary refugee’.

Gradually, he found his place by immersing himself in science and then philosophy (he is now visiting professor of Philosophy at King’s College London). Germany, he realised, was the place to which he felt most attuned, ‘where almost everything feels recognisable, even if I have never encountered it before’.

Mother, 38, who believed she'd lost her quadruplets after 16 previous miscarriages reveals how she learned twins had survived after her 'late grandfather told her she was still pregnant in a dream'Emma White, 38, fro...