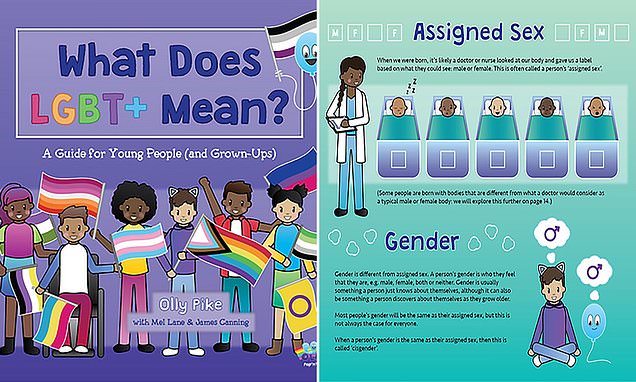 Copies of What Does LGBT+ Mean? also claims that gender is a ‘sliding scale between male and female’ and that a doctor or nurse ‘looked at our body and gave us a label based on what they could see’.

‘A person’s gender is who they feel that they are, e.g. male, female, both or neither,’ it reads.

It also features a section called ‘Gender as a spectrum’, which read: ‘The scale is shown with labels in between male and female, including mostly female, partly female, both or neither, partly male and mostly male. 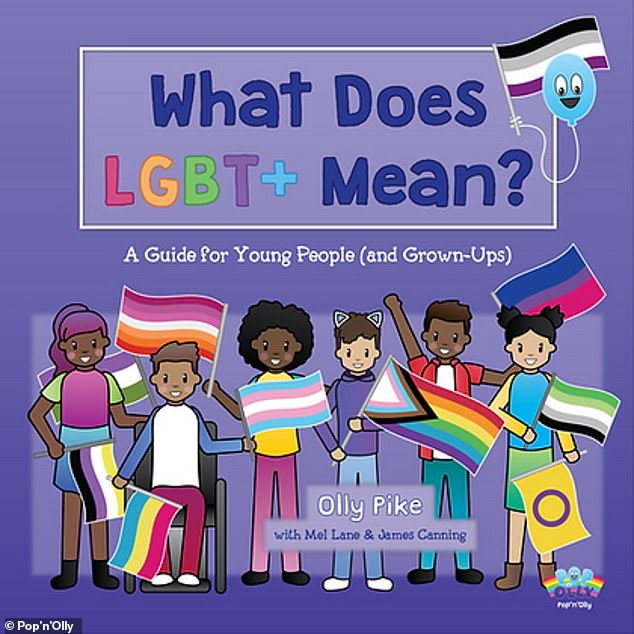 Copies of What Does LGBT+ Mean? (pictured) which teaches children that a person’s sex is ‘assigned’ to them at birth by a doctor has been sent to 814 primary schools across Britain

On its website, the non-fiction book which was first published in October is described as being aimed at children aged eight to 11, upper KS2 and lower KS3 pupils.

Helen Joyce from advocacy group Sex Matters said that nobody is ‘assigned’ a sex: ‘I’ve given birth twice and both times I knew what sex the baby was at 20 weeks. It’s just absurd,’ she told The Times. 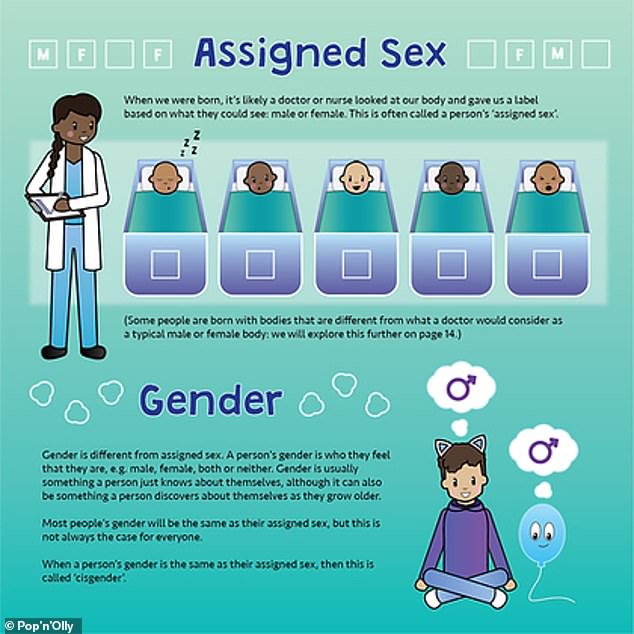 One of the sections is dedicated to ‘assigned sex’ with the illustration of a doctor holding a clipboard. ‘A person’s gender is who they feel that they are, e.g. male, female, both or neither,’ it reads 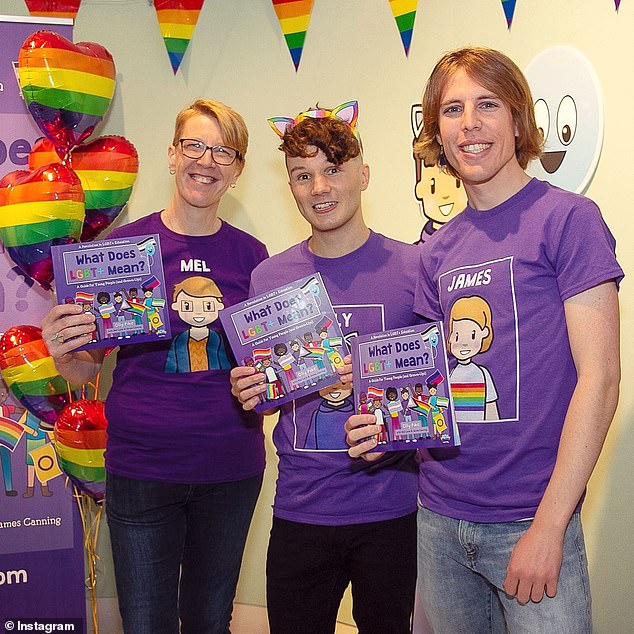 There are also explanations of sexuality, including heterosexual, gay, lesbian, pansexual and asexual.

When author Pike was asked how widely it was being read by teachers, he said: ‘Teachers have expressed interest, thanks and gratitude towards this book. It’s helping the teachers as much as students,’ The Times said. 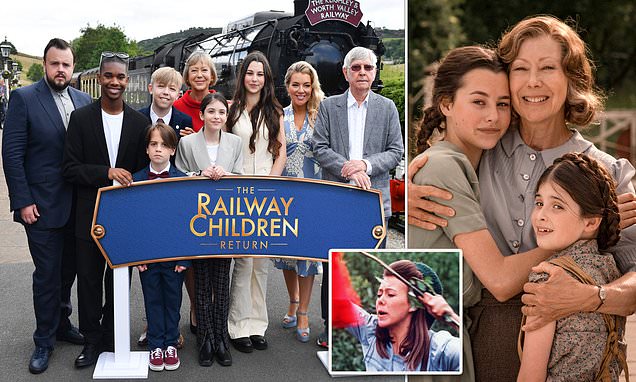 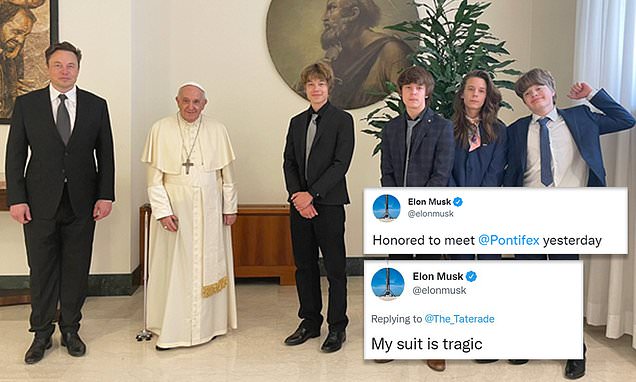