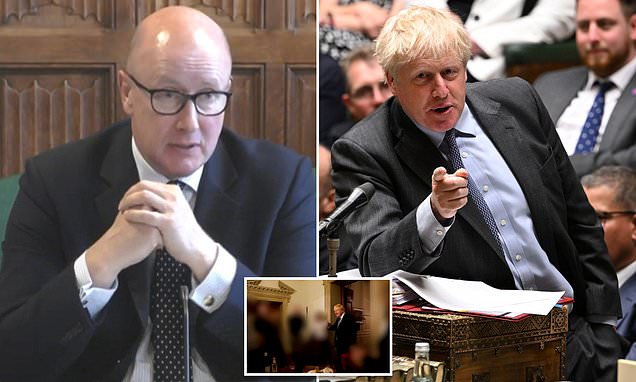 Lord Geidt has quit as Boris Johnson’s independent ethics adviser – just days after he reportedly asked to stay on for another six months.

His shock resignation last night came only 14 months after he took up his position.

Lord Geidt, a former private secretary to the Queen, had faced the humiliation of a grilling from MPs on the Commons public administration and constitutional affairs committee on Tuesday.

In a terse statement uploaded to the Government’s website last night, he said: ‘With regret, I feel that it is right that I am resigning from my post as independent adviser on ministers’ interests.’

A No 10 source said the move came as a ‘total surprise’ to Mr Johnson, and claimed that as late as Monday, Lord Geidt had asked if he could stay on for another six months. Lord Geidt becomes the second independent adviser on ministers’ interests to resign during Mr Johnson’s tenure as Prime Minister. Sir Alex Allan quit in 2020 after Mr Johnson refused to accept his finding that Home Secretary Priti Patel had bullied civil servants. 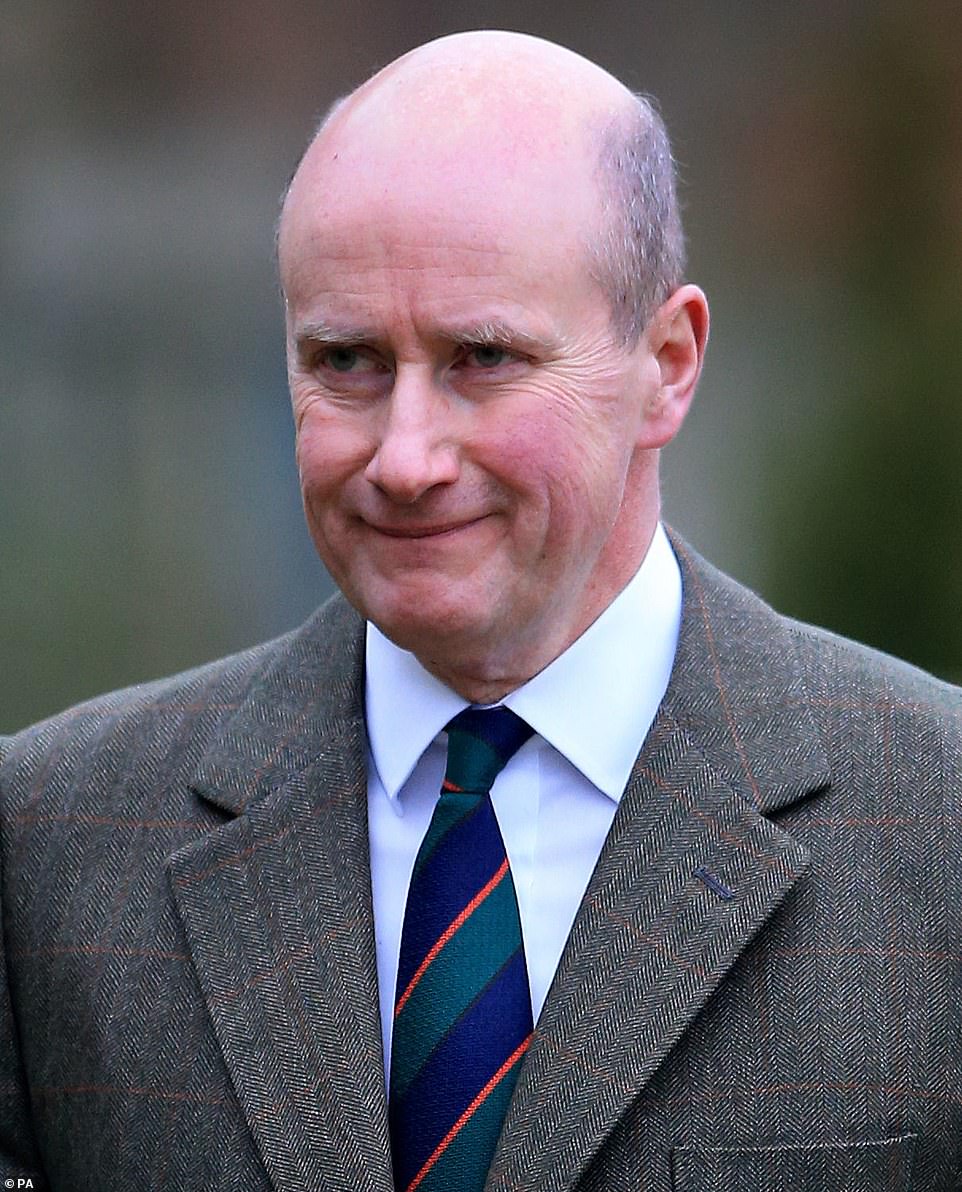 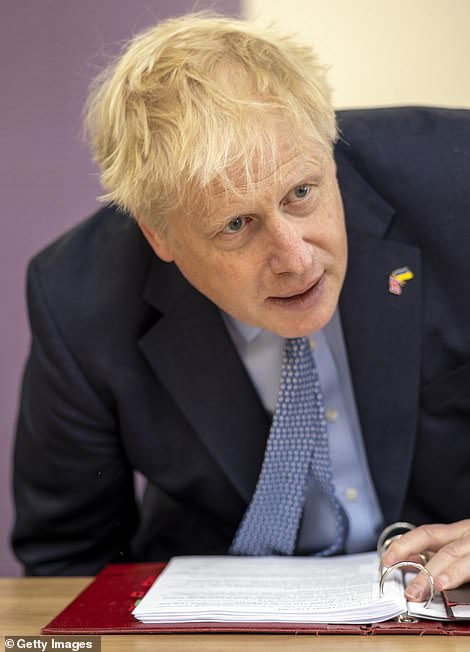 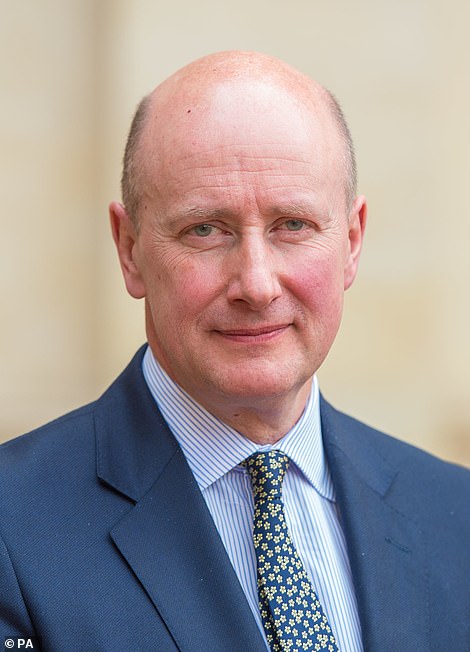 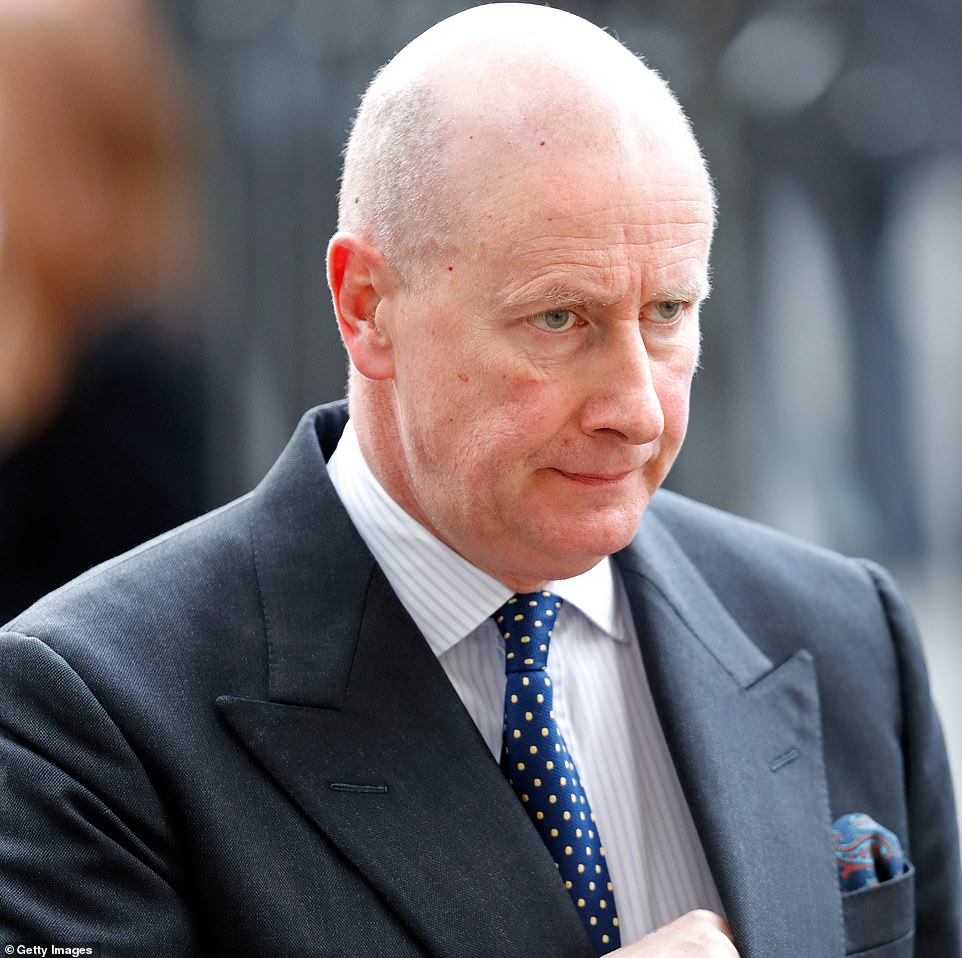 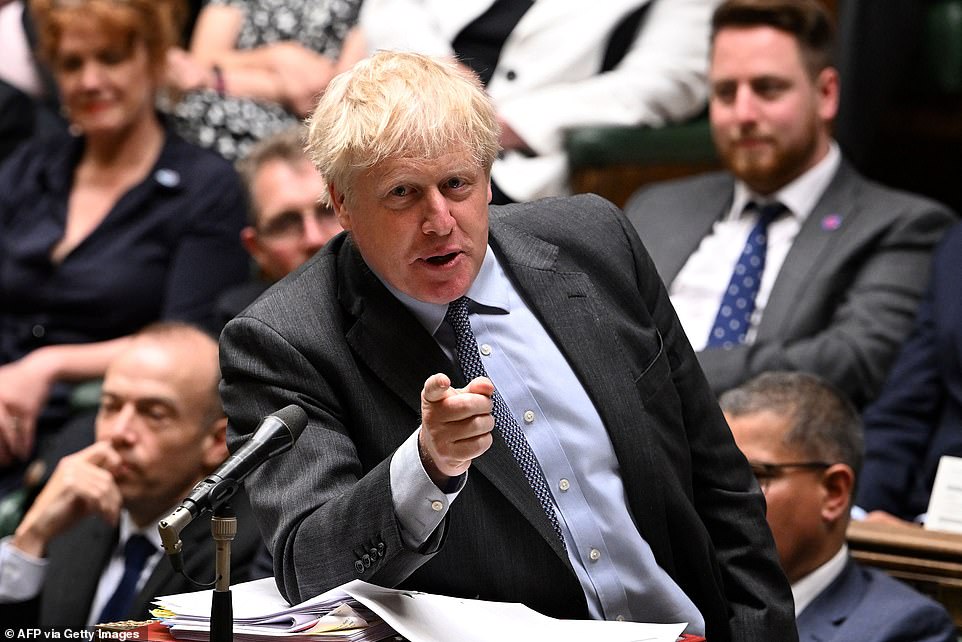 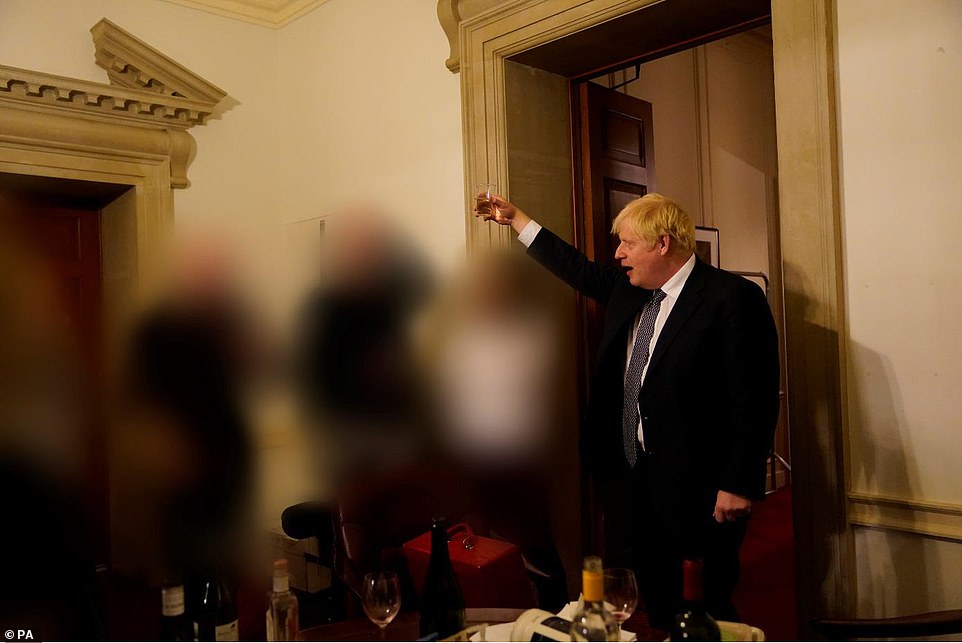 Harriet Harman under pressure over tweets

Tory MPs have called on Harriet Harman to quit a panel probing the Prime Minister over Partygate after it emerged she had accused him of lying.

One of three tweets she sent on April 12 said that if the Prime Minister and Chancellor Rishi Sunak accepted a Covid fine ‘then they are also admitting that they misled’ the Commons. She also wrote: ‘These were laws to save lives that they broke!’ Backbencher Sir Bill Cash said Miss Harman ‘ought to reconsider her position’.

On Tuesday, Lord Geidt refused to deny that he considered resigning over the Prime Minister’s response to being fined for attending a party in Downing Street during lockdown.

And he accepted that it was ‘reasonable’ to suggest the PM may have breached the Ministerial Code as a result of being issued with a fixed penalty notice by the Metropolitan Police.

‘I think it’s reasonable to say that perhaps a fixed penalty notice and the PM paying for it may have constituted not meeting the overarching duty of the Ministerial Code of complying with the law,’ Lord Geidt said.

Earlier this month, it was reported that Lord Geidt threatened to quit after the publication of senior civil servant Sue Gray’s report into lockdown violations in Whitehall unless Mr Johnson issued a public explanation for his conduct.

In response, the Prime Minister put out a letter to Lord Geidt saying he believed any breach of the Covid rules when he attended a gathering in No 10’s Cabinet room for his 56th birthday had been ‘unwitting’. Mr Johnson said he had acted in ‘good faith’ when he told Parliament that there had not been any parties and that he had since corrected the record.

Asked by MPs on Tuesday about reports that he threatened to quit, Lord Geidt acknowledged that ‘the commentariat’ had picked up on his ‘frustration’.

‘I am glad that the Prime Minister was able to respond to my report and in doing so addressed aspects of the things about which I was clearly frustrated,’ he told the committee. Pressed by Labour MP John McDonnell on the reports, Lord Geidt said: ‘It is important to consider what is going to work best in the interest, not of me, but preserving the integrity of the system and of the Code in making it work in advising the Prime Minister on holding ministers – including a prime minister – publicly to account. I don’t think there was ever a single, direct proposition in my own mind.’

Tory MP William Wragg, committee chairman and a fierce critic of Mr Johnson, said last night: ‘For the PM to lose one adviser on ministers’ interests may be regarded as a misfortune. To lose two looks like carelessness.’ 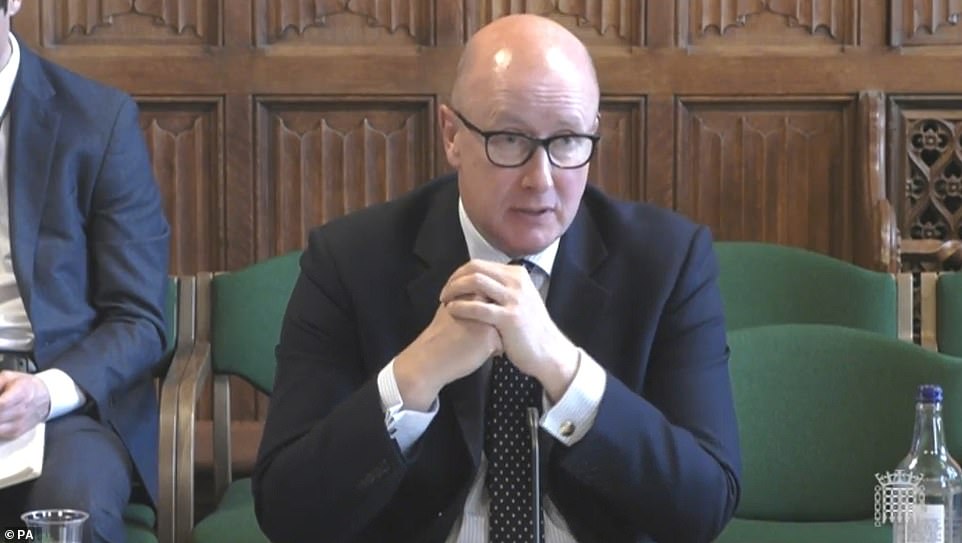 Lord Geidt (pictured), Boris Johnson’s adviser on ministerial interests, hinted he thought about leaving his role due to the challenging year 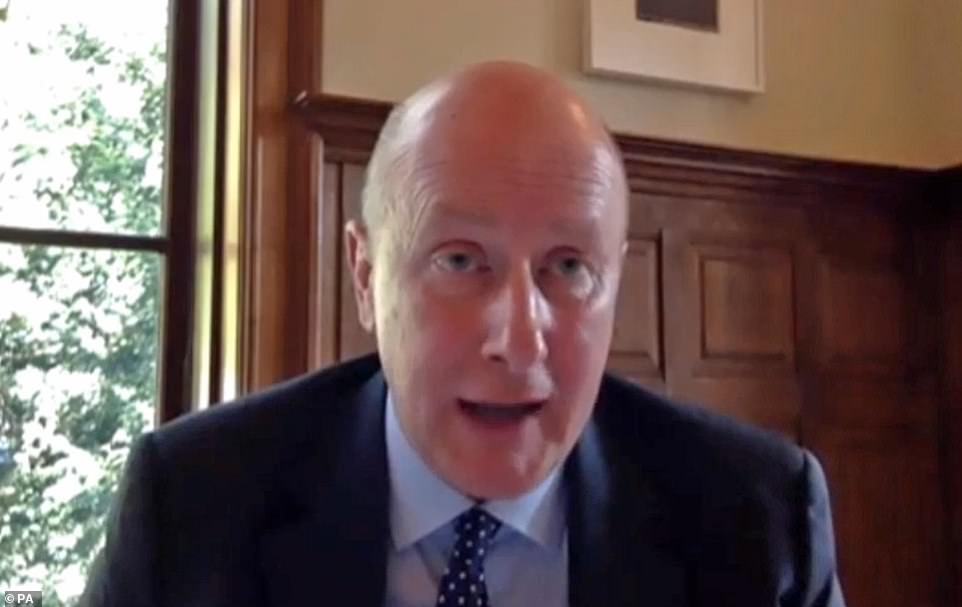 A senior source said there had been no official reason provided for the ethics tsar’s shock departure, and admitted Mr Johnson was left mystified by Lord Geidt’s resignation 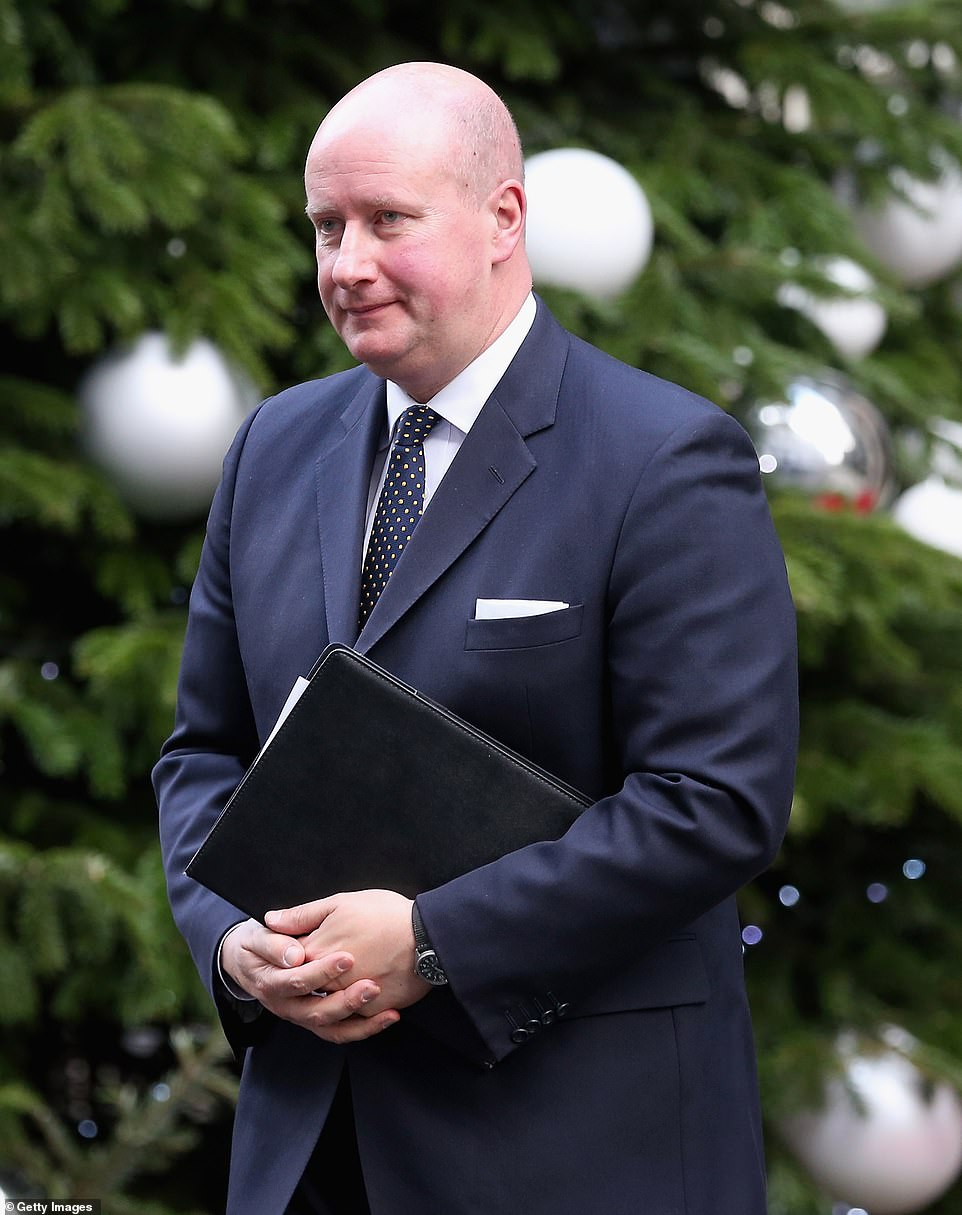 After flirting with the idea of resigning the chief ethics adviser would waver again when he recently admitted he was ‘clearly frustrated’ after the PM was fined amid the Partygate scandal, which saw more than a dozen rule-breaking gatherings hosted in Downing Street 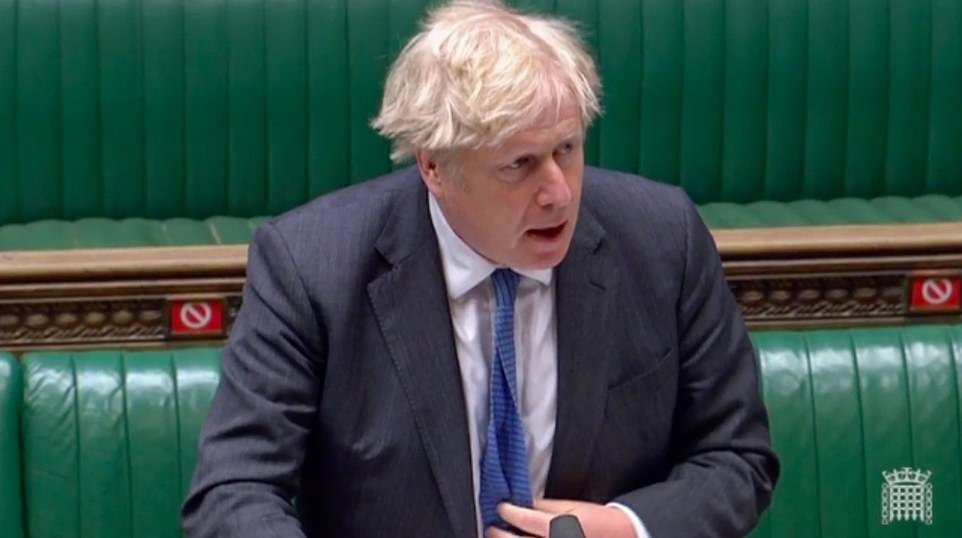 Boris Johnson’s actions throughout the year, including his reaction to being fined, left Lord Geidt ‘frustrated’ 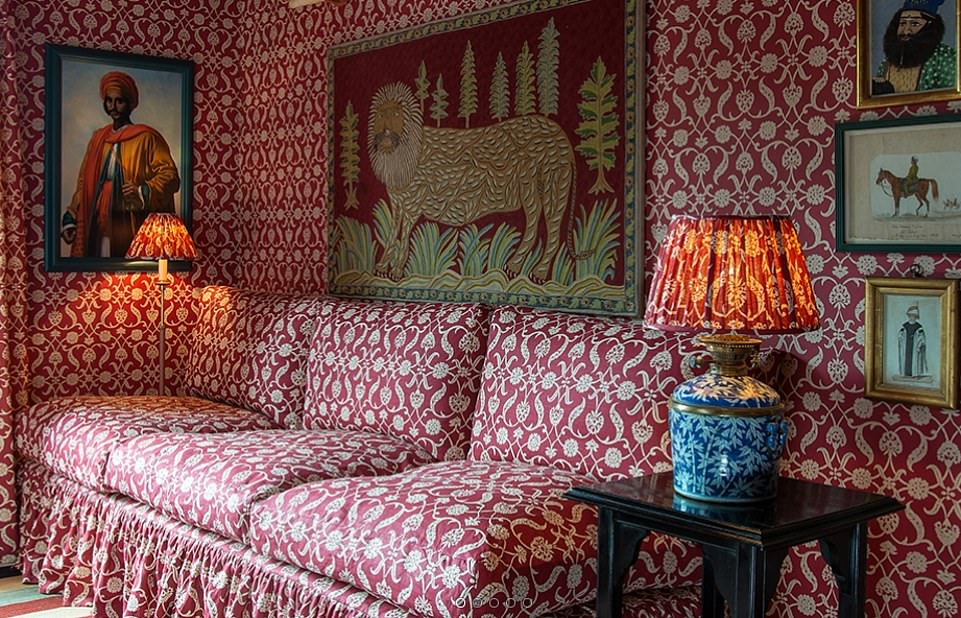 The Electoral Commission fined the Conservatives £17,800 for failing to properly declare almost £68,000 mostly used to pay for the refurbishment of the private quarters used by Mr Johnson, his wife Carrie and their son Wilfred. Above: The flat was designed by Lulu Lyttle in a similar style to the above 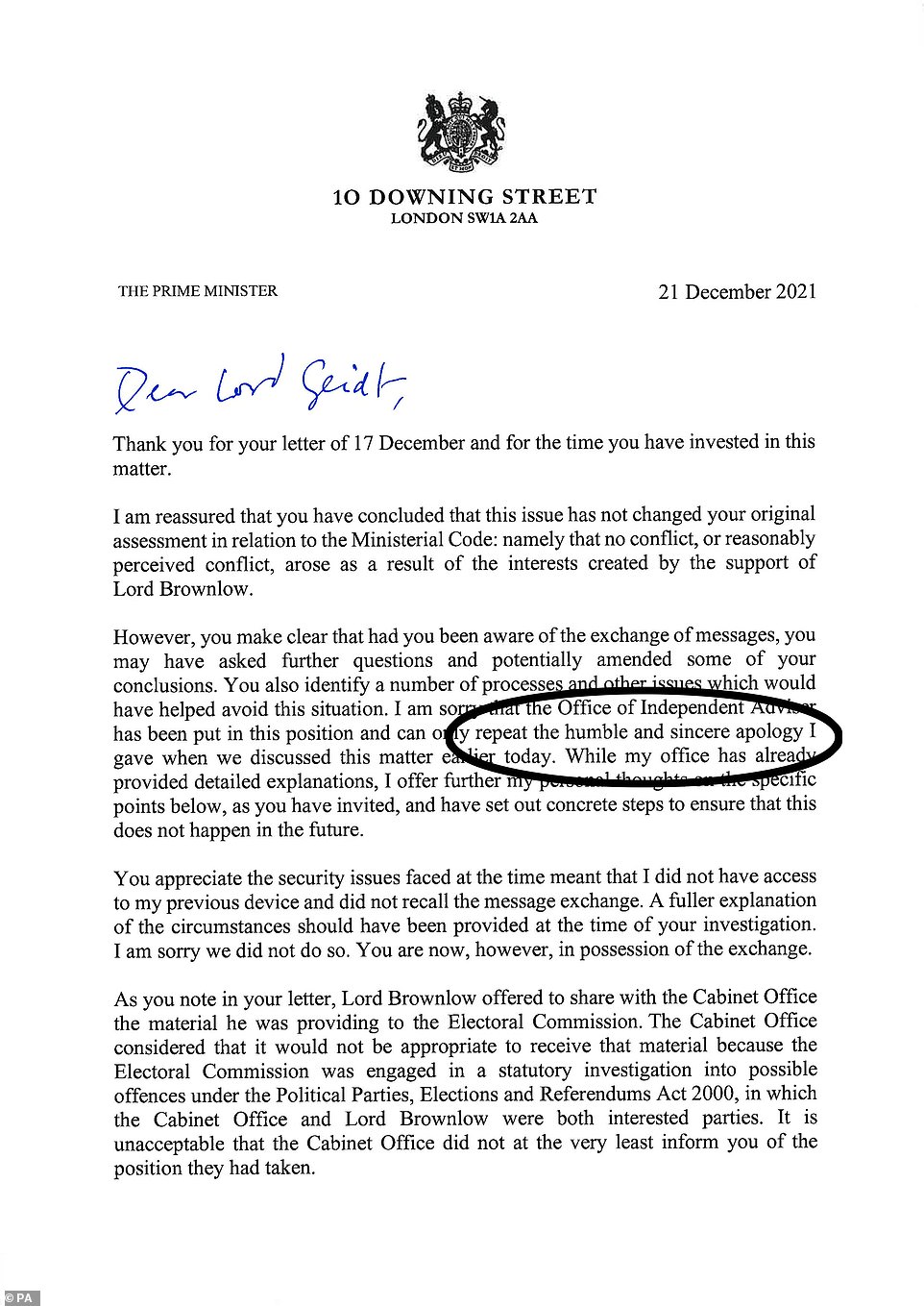 The PM previously offered a ‘humble and sincere apology’ to Lord Geidt for failing to disclose messages exchanged with a Tory donor over the £112,000 Wallpaper gate saga

January 2020: Plans are submitted for the refurbishment of the No11 flat, a month after Mr Johnson wins 2019 election.

February 2020: Officials decide to set up a blind trust to fund the six-figure  renovation. The system is designed to ensure the beneficiary is not aware of the source of the money, to prevent corruption.

May 2020: Lord Brownlow is approached to set up and then chair the trust, and agrees.

June/July 2020: The Cabinet Office, which is responsible for the Downing Street estate, pays three invoices totalling £52,801.72 for work carried out, and then bills the Conservative Party.

October 2020: Lord Brownlow emails the party and asks how much the bill is, and says he will make a donation to cover it. He does so.

November 29, 2020: Boris Johnson contacts Lord Brownlow on WhatsApp ‘asking him to authorise further, at that stage unspecified, refurbishment works’. Lord Brownlow agrees and explains that the Downing Street Trust has not yet been set up.

March 2021: The scale and cost of the renovations, and the way it was funded, is revealed by the Daily Mail. Boris Johnson repays the supplier personally and the firm then re-reimburses Lord Brownlow.

May 2021: Ministerial Standards watchdog Lord Geidt clears the PM of wrongdoing. He says officials assured him that  Mr Johnson was not aware that Lord Brownlow paid for the work personally until it was revealed in the media. The PM also told him the same thing directly.

December 2021: The Electoral Commission fines the Conservatives Party £17,800 for failing to declare Lord Brownlow’s original donation. It reveals that he received the WhatsApp messages about money from the PM.

His highest profile role has been as the Prime Minister’s ethics adviser, but Lord Geidt has enjoyed a long and distinguished career in public service.

Christopher Geidt, 60, had a gilded upbringing, studying at private schools in Oxford and Perth before going to Cambridge University.

He later attended Sandhurst Royal Military Academy and enlisted in the Scots Guards, where he was assigned to an intelligence role.

He served in Sarajevo during the Bosnian War and his duties involved liaising with General Ratko Mladic – later convicted of war crimes.

In the role, he was responsible for working with senior civil servants. Geidt, the Cabinet Secretary and No 10’s Permanent Secretary were referred to as the ‘Golden Triangle’ and he helped to shape the monarch’s approach to the hung parliament of 2010.

His term at Buckingham Palace ended in 2017 after he was reportedly forced out following a power struggle with the Prince Charles and Prince Andrew.

The trio are said to have disagreed on how to manage the transfer of power from the Queen to Charles – when he eventually succeeds her – with Lord Geidt’s preference for a ‘gentle transition’ being rejected.

His 15 years of service were rewarded with a life peerage shortly after he stepped down. He was also appointed a Lord-In-Waiting in 2019.

His brief time in Downing Street – which started in April last year – thrust Geidt into the public eye.

A month after being appointed as the Independent Adviser on Ministers’ Interests, he published a report into the costly renovation of the flat above 11 Downing Street.

He concluded that Boris Johnson did not breach the ministerial code after allegations were made that an undisclosed loan was used to help finance the work.

However, he said it had been ‘unwise’ for Mr Johnson to proceed as he did.

Months later, he reportedly threatened to resign after the Prime Minister was accused of misleading him during his investigation into the flat scandal.

In his annual report this year, Geidt said there was a ‘legitimate question’ over whether Mr Johnson broke the code following his Partygate fine.

On Tuesday he told a parliamentary committee that resigning was ‘always on the agenda’ and that he felt ‘frustration’ over the lockdown-breaching events.

Lord Geidt, who sits as a crossbench peer, runs a farm with his wife Emma in the Outer Hebrides. They have two daughters.