Boy, 16, dies after collapsing in church toilet from a brain bleed 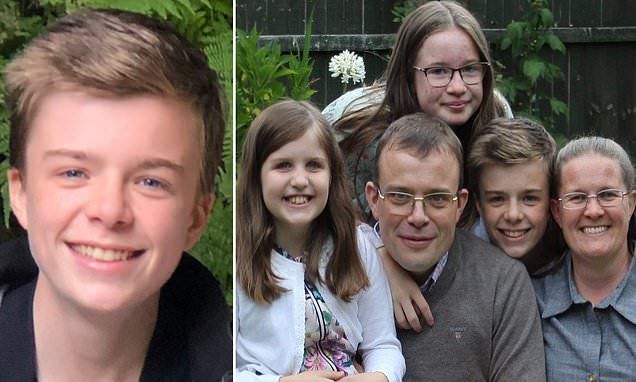 Family’s devastation as son, 16, dies after collapsing in church toilet from a brain bleed having complained he thought he was going to be sick

A devastated father has told of how his teenage son died after suddenly collapsing in a church toilet from a brain bleed after complaining of feeling unwell.

Calvin Middleton, 16, died just hours after suddenly collapsing at Trinity Church in Cheadle, Stockport, on Sunday after saying he had a headache and was feeling sick.

His grieving father Andrew has spoken about the tragedy, saying ‘one minute my son was there, and the next he had just gone’ as he paid tribute to his ‘bright and considerate boy’.

The family, who live in Alsager, Cheshire, had enjoyed the service when Calvin, who was just months away from sitting his GCSEs, complained of a headache at around 7.30pm, and went to the toilet after feeling sick. 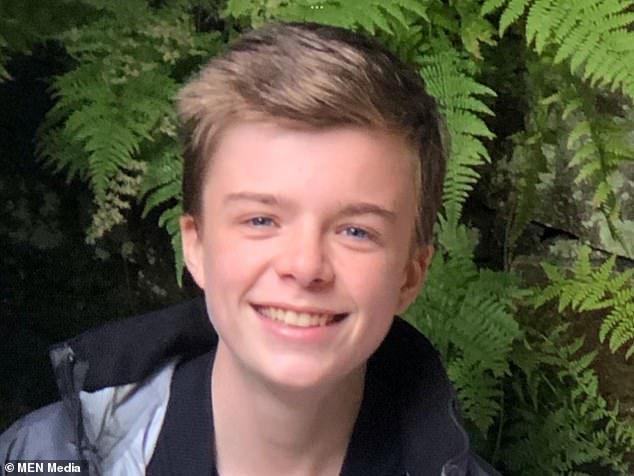 When he didn’t return, his concerned father, who had hugged Calvin just moments earlier, found him face down and unconscious in the cubicle.

What Calvin thought was just a migraine was an intracranial haemorrhage – a small vein in the back of his head which had burst.

The teenager, who was just months away from sitting his GCSEs, never regained consciousness after passing out in the bathroom, despite medics’ desperate efforts to revive him.

The ‘intelligent’ boy, who studied maths and computer science, was pronounced dead shortly after 2am on February 14.

Speaking about his loss, Calvin’s father Mr Middleton told Manchester Evening News: ‘One minute my son was there, and the next he had just gone.

‘He had given me a hug after the service and said he needed to go to the toilet as he had a headache and might be sick. 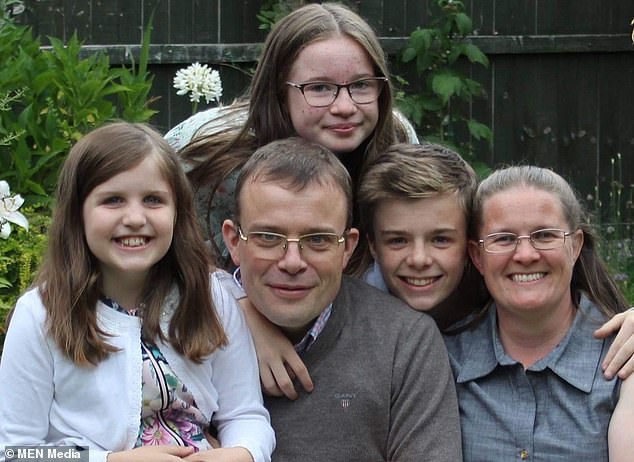 His father Andrew (pictured with Calvin, wife Jenny and daughters Susie and Bethan) has spoken about the tragedy, saying ‘one minute my son was there, and the next he had just gone’ 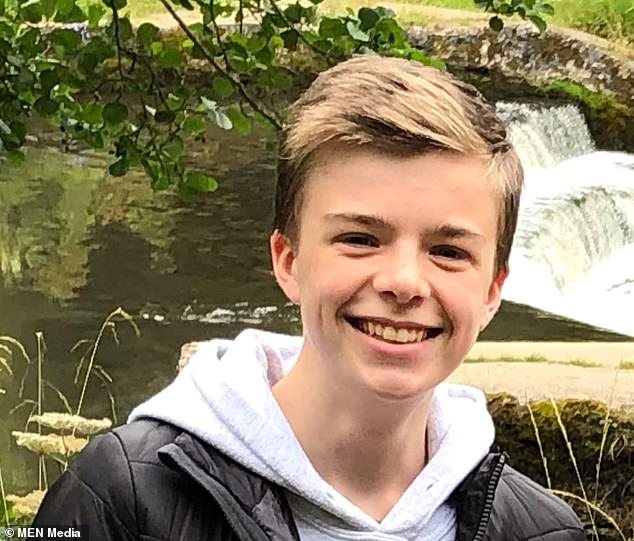 Calvin (pictured), who was just months away from sitting his GCSEs, never regained consciousness after passing out at church, despite medics’ desperate efforts to revive him

‘That was the last time I would ever get to speak to my son or see him conscious again.

‘My wife had gone in to see if he was okay, and didn’t hear anything from him. I went in and saw him lying face down on the floor of the cubicle.

‘The ambulance and police came within minutes and were so compassionate and amazing with us all.’

What is an an intracranial haemorrhage?

Intracranial hemorrhage (ICH) refers to acute bleeding inside your skull or brain. It’s a life-threatening emergency.

The bleeding occurs in the lobes, pons and cerebellum of the brain.

Most ICHs are due to a head injury.

The signs and symptoms of ICH vary depending on the type, but they usually include a sudden and severe headache, confusion, drowsiness and vomiting.

Calvin was rushed to Salford Royal Hospital for treatment but his blood pressure had dropped too low for doctors to operate, while any surgery may have resulted in Calvin being left with life-altering disabilities.

Mr Middleton continued: ‘The nurses did everything they could, but it was just not meant to be. It was his time to go.

‘After they told us he could end up with disabilities, I just begged them to do whatever they could.

‘They sat with us for hours and just wept as we prayed for him.

‘Every interaction we had with police and the paramedics was so compassionate and human and I will remember that forever.

‘This could’ve happened to anyone at anytime and just shows how precious every moment with your loved ones is. We cannot grasp that he is not here anymore.

‘He just slipped away in a moment.’

The devastated father described Calvin, who was a prefect at his school and a Liverpool fan, as a ‘considerate’ person who had a ‘bright future’ ahead of him.

He added: ‘He was such an intelligent boy, he was a prefect who was in top sets at school for everything and always wanted to do as best as he could.’

‘There were times I look back on now when he asked me to help him with his revision and I couldn’t have taken three hours out of my evening to help.

‘I now am sat thinking we no longer have those hours together and I wish I’d have done and cherished every single second I had with him. 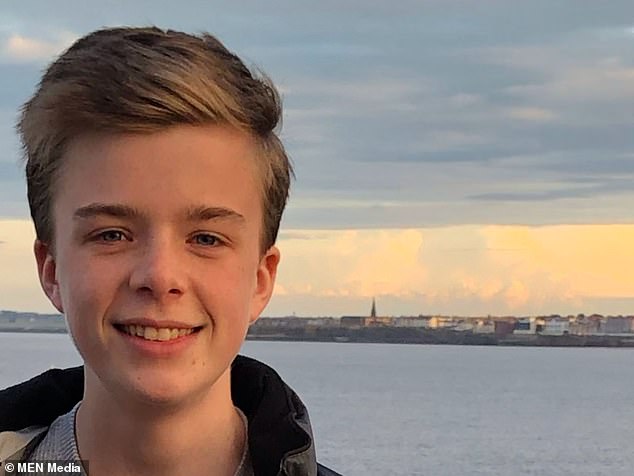 Calvin’s blood pressure had dropped too low for doctors to operate, while any surgery may have resulted in Calvin (pictured) being left with life-altering disabilities

Calvin’s family have set up a fundraising page to raise money to help Trinity Church’s efforts to help disadvantaged children in Zimbabwe.

They have already raised their target of £500, with donations already reaching almost £1,000.

Speaking of the fundraiser, Mr Middleton said: ‘We just cannot believe how unbelievable the response has been and how kind humans truly can be to one another.

‘As a family, we would much rather people donate the money to something positive and constructive than buy cards and flowers.

‘Calvin was a dedicated Liverpool fan who had previously undergone treatment at Alder Hey Children’s Hospital for a heart issue unrelated to his death.

‘He would be happy that we were asking people to donate for this amazing and useful cause.

‘He has appreciated the Christian influence of Jurgen Klopp and players like Firmino and Allison.’

Plans are being made for Calvin’s burial to be held at St Mary’s Church in Sandbach next week.