British grandfather jailed in Dubai says he has witnessed suicides 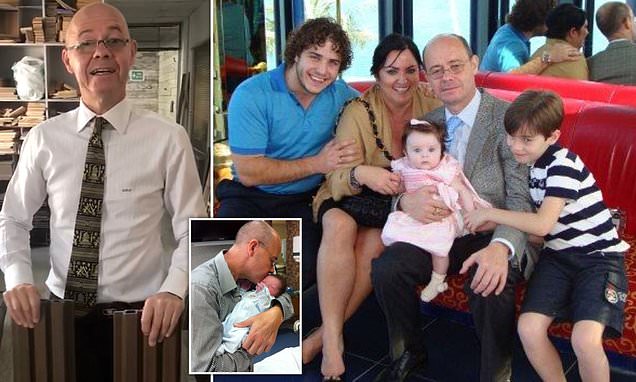 A 60-year-old British man detained in Dubai Central Prison over his son’s business debts has described being tortured and witnessing the horrific treatment of other prisoners, some of who were raped.

He also described seeing other incarcerated people take their own lives in front of him.

Albert Douglas, originally from 런던, has fought a £1m legal battle to prove he was not liable for money owed by his son Wolfgang’s business. 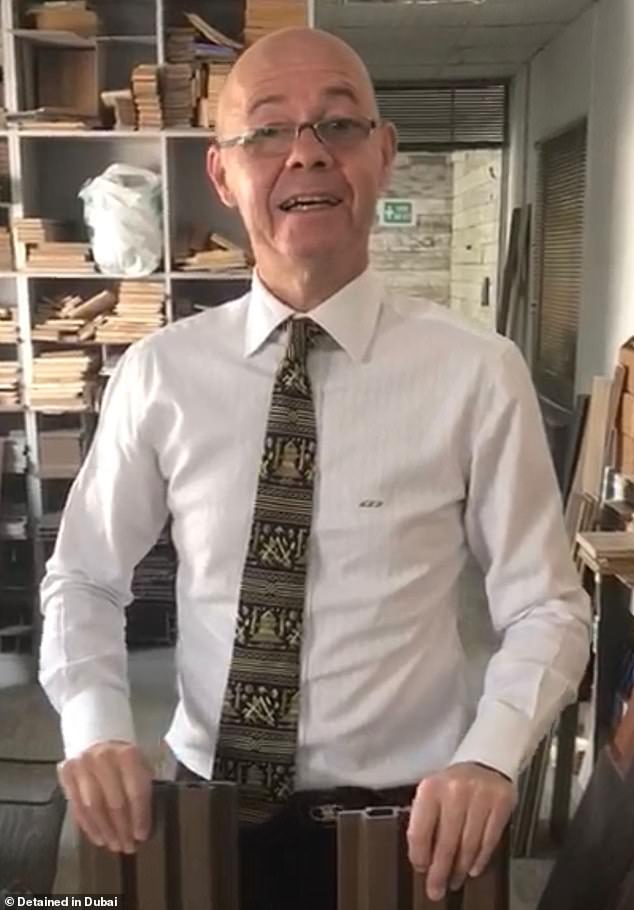 Albert Douglas and his wife Naomi emigrated to Dubai in 2003 and he built up a successful business called Alomni Flooring, specialising in real wood floors

In a tape heard by MailOnline, Mr Douglas said: ‘Since I’ve been in prison in UAE I’ve been beaten and tortured by the police for asking for my heart medicine.

‘My left shoulder’s dislocated, I’ve three bones broken in my right arm and I’ve got permanent head and back injuries.

‘I’d spent two days traveling through the desert in the back of a van.

‘I’ve been forced to drink from a communal toilet basin. For five months I’ve been deprived of my heart medicine and any medical treatment for injuries.’

Mr Douglas also spoke of witnessing the systematic abuse of ‘African and Asian people simply because of the colour of their skin’ in the prison.

The once prosperous man who once lived in luxurious villa on the Palm Jumeriah Island and drove a Rolls Royce, says his only ‘crime’ had been to be listed on legal documents of the flooring company his son had set up in 2007. 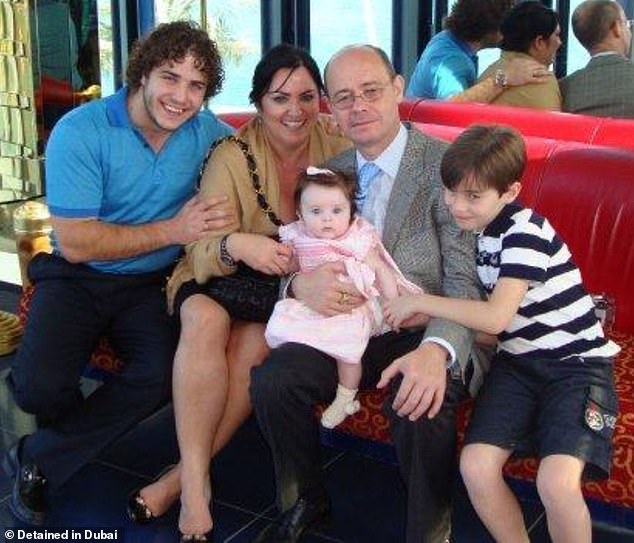 Mr Douglas with his son Wolfgang (왼쪽) and his two grandkids. He was arrested in September 2019, after a court found him liable for his son’s debts and imposed a three-year sentence

Under Dubai law anyone linked to a company that owes money can be found liable for their debts – and family members are often pursued for payments.

In the tape he said he was detained earlier this year because authorities appear to think he signed a cheque to Abu Dhabi Finance, which Mr Douglas says he didn’t write and claims forensic investigators have already proven the signature to not be his.

Because his son Wolfgang, 34, was back in Britain when the company got into trouble, creditors took Mr Douglas to court and won a judgement against him instead.

He was arrested in September 2019. A court found him liable for his son’s debts and imposed a three-year sentence. Mr Douglas was also ordered to pay £2.5m in fines.

He was sentence to two years but will is now set to face another three years in the prison.

그는 말했다: ‘Several hours of interrogation, police trying to force me to confess to signing a cheque to Abu Dhabi Finance.

‘It’s all in Arabic, I’ve no idea what’s going on and this is despite their own forensic experts verifying it wasn’t my signature so they known it wasn’t me.

‘I was told by the public prosecution to just say I signed the cheque, otherwise they said I’ll stay there for a very long time, which I did.’

When Mr Douglas was finally granted surgery to his left shoulder, which took nine months to get, he said he was ‘forced to do what’s called a promotional video’ while surrounded by police. 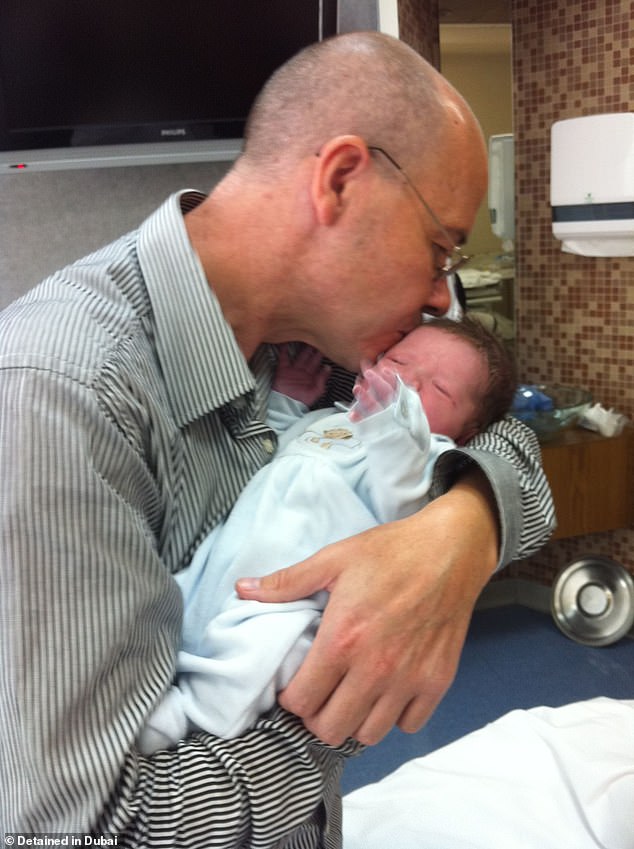 Mr Douglas with his grandchild. A Foreign and Commonwealth Office spokesperson said it has raised his case with authorities in the country and are in contact with his family in the UK

‘I had to say how well I was being treated by Dubai police,’ 그는 덧붙였다.

While he previously led a life of luxury, Mr Douglas says he has now lost everything.

Mr Douglas and his wife Naomi emigrated to Dubai in 2003 and he built up a successful business called Alomni Flooring, specialising in real wood floors.

During the massive property boom in the United Arab Emirates, as hotels and holiday homes transformed the country into a top tourist destination, his company thrived.

The father of four lived a luxury lifestyle and persuaded his eldest son Wolfgang to move to Dubai from his home in London.

Wolfgang started the company TimberWolf and his father was one of the signatories on the business. The business relationship ended in 2018 when Albert gave up any involvement.

He urged MPs to hear his pleas to do something about his dire situation and other British people facing horrific conditions in jail in UAE.

그는 말했다: ‘I just don’t want other people to end up in the same situation. Just do something, try. Not just for my sake.

‘People haven’t got a chance. They have crimes and they need people to be held and found guilty for those crimes to say all crimes have been solved.’

They have asked him to speak with his counterpart in the UAE to bring Mr Douglas home.

Radha Stirling, a human rights lawyer and the CEO of Detained in Dubai, 말했다: ‘British courts refuse to extradite to the UAE based on the “real risk of human rights violations and torture”, and yet the British government has failed to warn citizens on the FCO travel advisory website. 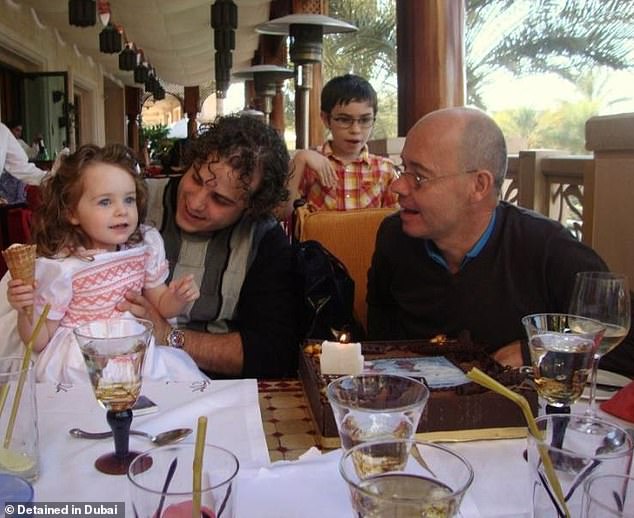 Mr Douglas pictured with his family. The father of four lived a luxury lifestyle and persuaded his eldest son Wolfgang to move to Dubai from his home in London

‘In the 13.5 years of operating Detained in Dubai, I have come to know dozens of UAE torture victims.

‘Torture is so unfortunately common, that we are producing an in depth report on the issue.

‘It is not acceptable that since the death of Lee Bradley Brown in police custody, the UK government has not issued more severe warnings or demanded better treatment of citizens. 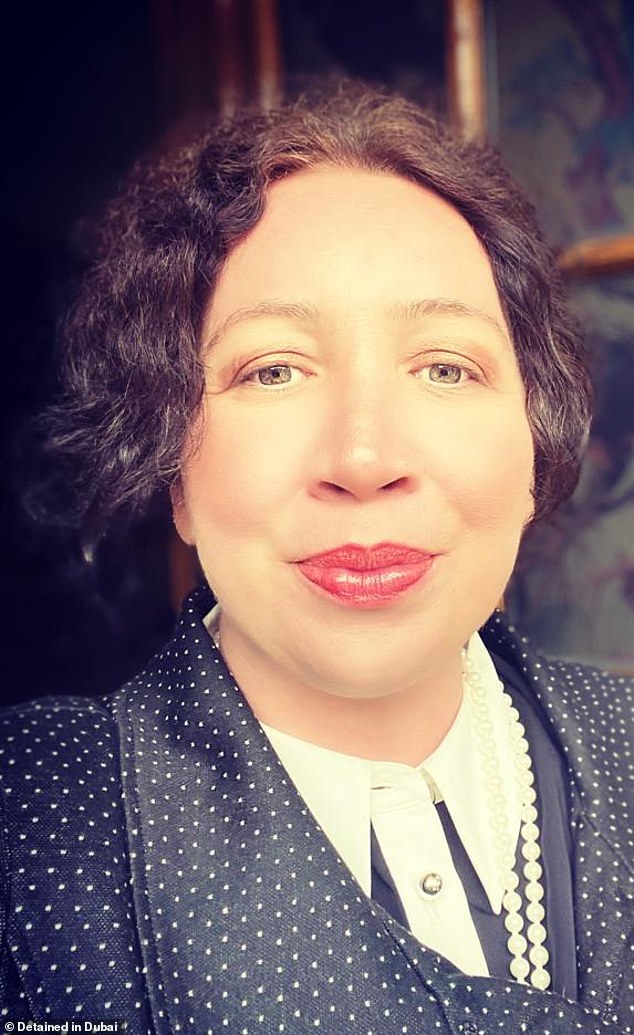 Radha Stirling, 사진, has urged the British government to ‘confront these ongoing issues’ and ‘ensure the safety of British nationals abroad’

‘The UK must act swiftly to bring Albert Douglas home and take affirmative steps to ensure the safety of British nationals abroad.

‘This must include increased travel warnings. The UAE should not be able to market themselves as a modern expat and tourist destination in our media, without ramifications for the abuse of citizens they have deceived into visiting.

‘If we do not confront these ongoing issues, we will see further abuses and the loss of life.’

A Foreign and Commonwealth Office spokesperson told MailOnline: ‘We are supporting a British man following his arrest in the UAE, have raised his case with authorities in the country and are in contact with his family in the UK.

‘We take all allegations of torture or mistreatment seriously. We have raised the allegations with the UAE authorities and requested that they are investigated.’ 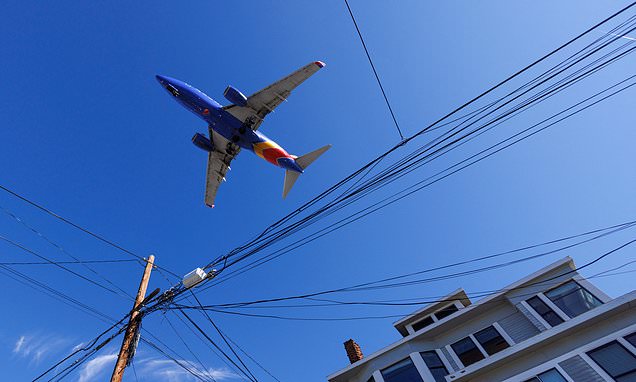 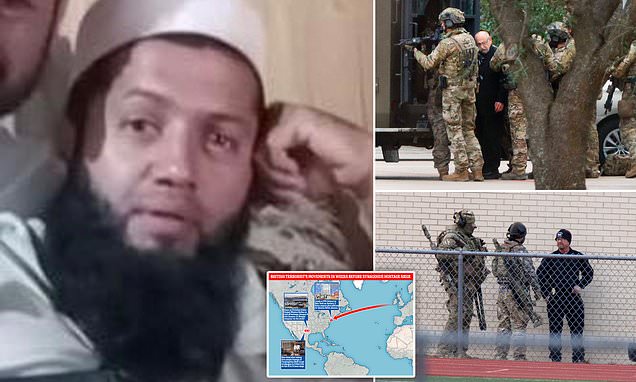 All the fun of the fair: This revival of Figaro is tasteful and the pronunciation is superb, but why are British singers on the sidelines? The Marriage Of Figaro Royal Opera House, 런던 ...