The winning images in a photo contest that had over 100,000 entries – with a UK photographer’s stunning picture of a gorilla surrounded by butterflies claiming the grand prize

UK photographer Anup Shah took the shot and triumphed over 100,190 entries from 158 countries to take the top prize in The Nature Conservancy的 2021 photo contest.

Describing the victorious image, judge Ben Folds, an American singer-songwriter, 说: ‘I like photos that keep dragging you in. The face. Tolerance or bliss. It’s really hard to tell and the insects draw you there.’

Other images that impressed the judges include a mesmerising picture of a mountain emerging from a swell of clouds in 巴西, one of a herd of bucking wildebeests in Kenya, and a poignant shot of an infant orangutan preparing to go into surgery.

Meg Goldthwaite, Chief Marketing and Communications Officer for The Nature Conservancy, 说: ‘These images are a gorgeous and unforgettable reminder of the vibrancy and awe-inspiring power of nature. Year after year, we are amazed, delighted, and moved by these scenes from around the world. They remind us how connected we all are on this planet, and they energise us as we continue the important work of conserving the lands and waters on which all life depends.’

Overall winner Shah also received an honourable mention in the Wildlife category thanks to this image taken in the Maasai Mara National Reserve, 肯尼亚. ‘During the frenzy of crossing the Mara River, the wildebeests were leaping, kicking, scampering and bucking,’ 他说. ‘Taking an “up close” 方法, I wanted to impart an uninhibited feeling. This is what I came up with after many, many failed attempts’ 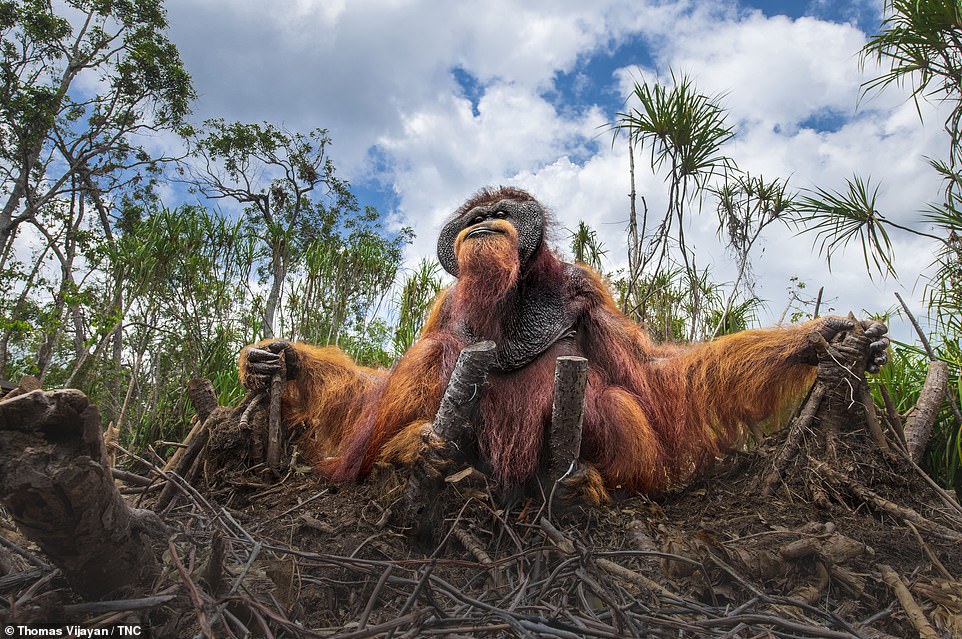 Canadian photographer Thomas Vijayan turned his lens on this orangutan while in Borneo, 印度尼西亚. The resulting picture, showing the creature sitting on a bed of severed palm trees, won an honourable mention in the Wildlife category. Describing the image, Vijayan says: ‘It is a sad sight to watch. We humans could have given a second thought before running the axe over these matured trees and snatching the habitat of this gigantic ape.’ He adds that the orangutans rely on the trees as a food source. ‘Orangutans are accustomed to living on trees and feed on wild fruits like lychees, mangosteens, and figs, and slurp water from holes in trees, but we have options,’ 他说 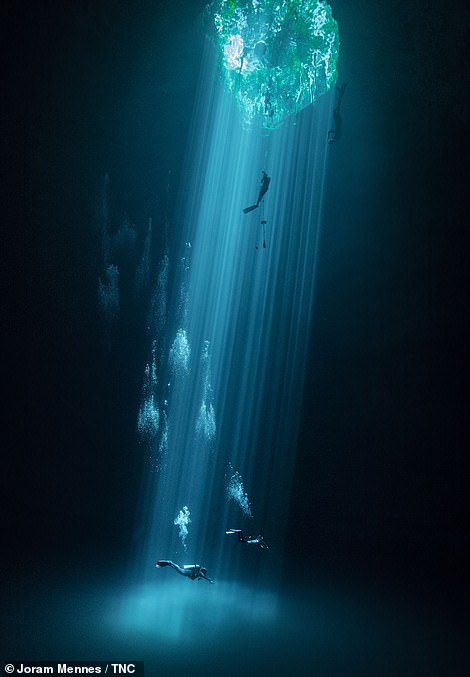 剩下: Colombian photographer Kristhian Castro is behind this striking image, which bagged an honourable mention in the Wildlife category. It shows a sea lion calf waiting for its mother on the beach on San Cristobal Island, which is part of the Galapagos archipelago. This species of sea lion is endemic to the Galapagos Islands and is listed as endangered by The International Union for Conservation of Nature’s Red List of Threatened Species. 正确的: Snapped by Joram Mennes, this photograph claimed second place in the Water category. Mennes took the photo in his native Mexico in a fresh water mass known locally as the Cenotes. The striking image shows ‘three levels of leisure’, the photographer explains, depicting ‘swimmers, freedivers and divers enjoy their respective sport and recreational activities’

The bronze medal in the Wildlife category went to this dynamic image of a pike catching the tail of a large perch between its jaws. It was taken by Czech photographer Viktor Vrbovsky, who spent around an hour watching the scene play out, but never got to see which fish ultimately won the tussle. ‘I had to emerge because I was running out of air,’ 他透露

Daniel De Granville Manco is to thank for this powerful image, which shows the carcass of a Pantanal alligator. It was taken in October 2020 over dried soil on the banks of the Transpantaneira highway in the municipality of Pocone, 巴西. The Brazilian photographer explored the area ‘at the height of the droughts that hit the Pantanal that year’, sending his drone into the air to secure the shot. The Pantanal is a region in South America that encompasses the world’s largest tropical wetland area

Behold the gold medal winner in the People and Nature category. The poignant picture was captured by Alain Schroeder, who set out to document the ‘rescue, rehabilitation, and release of Indonesia’s orangutan’. '他们 [orangutans] are under threat from the ongoing depletion of the rainforest due to palm oil plantations, logging, mining, hunting,’ the Belgian photographer says. According to Schroeder, the image shows the entire Sumatran Orangutan Conservation Programme team work together to prepare Brenda, an estimated three-month-old female orangutan, for surgery 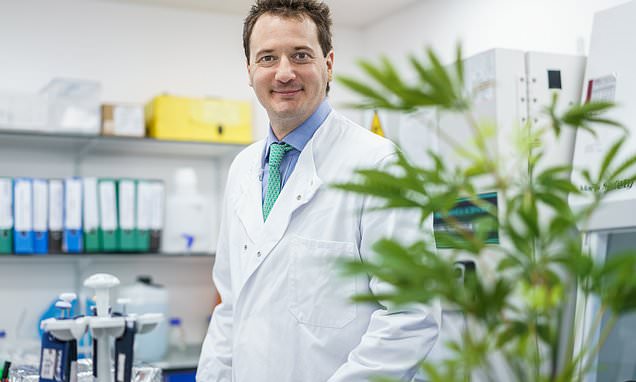