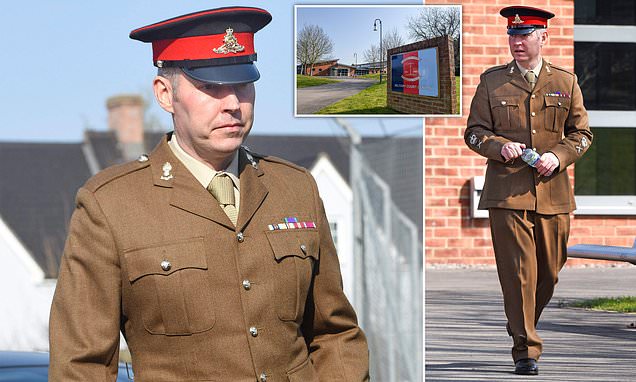 A senior British Army soldier sexually assaulted a female colleague by grinding against her bottom at a nightclub after drinking in Wetherspoons, a court martial heard.

The court heard she was ‘disgusted’ by his sexualised comments and kept moving to different parts of the club to get away from him, but he followed and continued his drunken advances. 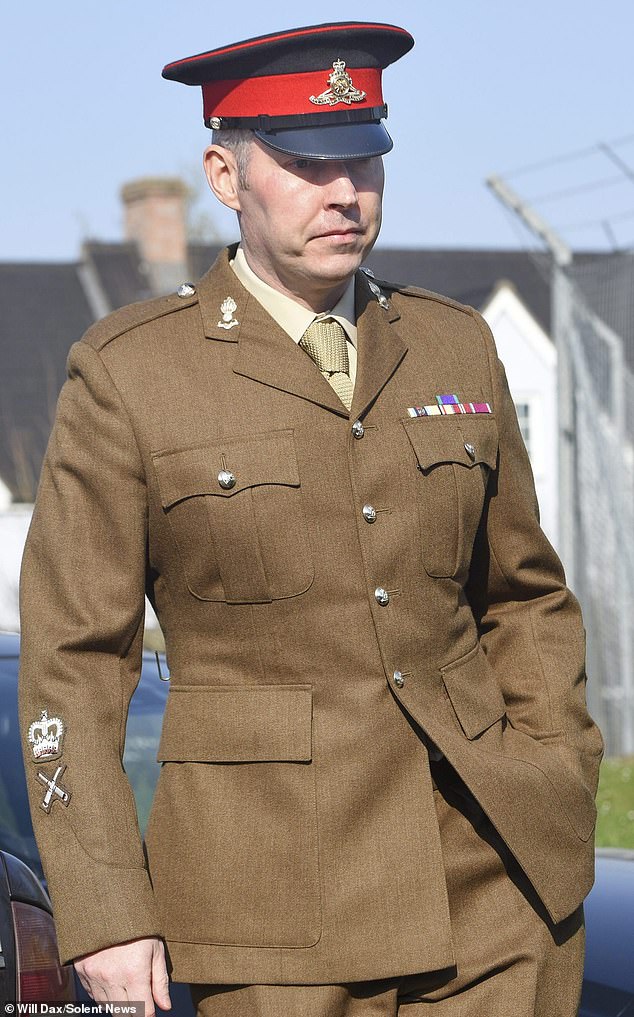 Warrant Officer 2 Darren Holland at Bulford Military Court (above). He denies sexually assaulting a female soldier in an Isle Of Wight nightclub

Bulford Military Court, Wilts, heard WO2 Holland was the woman’s ‘boss’ during a trip to the Isle Of Wight, where they were taking part in an adventure training exercise.

Lieutenant Colonel Jim Carmichael, prosecuting, said WO2 Holland ‘began to act towards her in a way that made her feel uncomfortable’ during the trip.

The court heard the group went to a Wetherspoons pub on the first night.

After the female soldier had left, she received a WhatsApp message from WO2 Holland at 4am ‘asking why she bugged out’.

Lieutenant Colonel Carmichael added: ‘A couple of days later, after a day of adventure training activities, the group returned to the Wetherspoons and then went to Fever nightclub in Newport.

‘WO2 Holland consumed a large amount of alcohol that night and, after being in the club a while, approached [the female soldier] and said ‘I don’t wear panties, I’ve got none on’.

‘She considered this creepy, and humoured him before moving away.

‘Later on he approached her again and said ‘I’m hard and I don’t know what to do with it’.

He repeated this and she shoved him away.

‘She walked to another area of the club but he approached her again. He said to her on this occasion ‘I’m going to s**g you’. He repeated this again.

‘She felt disgusted by this and turned away. He then approached her from behind and thrust his erect penis behind his trousers against her bottom.

‘She cringed and walked away. She tried to tell members of her party straight away but he was following her around the nightclub so she felt unable to.’

WO2 Holland messaged and called the female solider after she left the nightclub, the court martial heard. Above, outside the military court 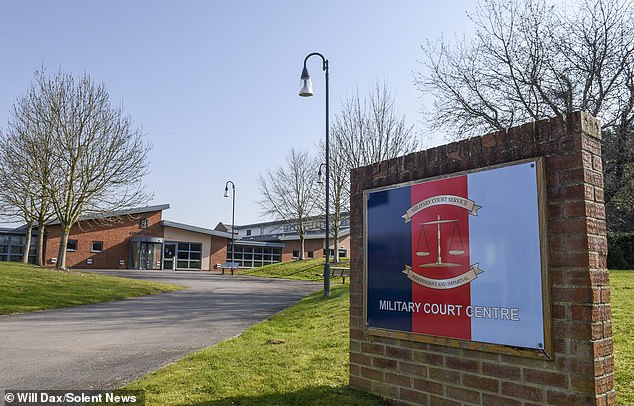 WO2 Holland is said to have ‘thrust his erect penis’ at the female soldier’s bottom, after pursuing around the Newport nightclub. The trial is being heard at Bulford Military Court (above)

Other soldiers saw WO2 Holland ‘noticeably intoxicated’ and got into a fight with a civilian outside the club before having to be taken to bed.

The court heard the female officer received a WhatsApp message on her walk back to camp from WO2 Holland of a woman wearing underwear.

He also tried to call her twice that night, but she did not answer.

The following day, the court heard he sent her messages apologising for his behaviour.

Lieutenant Colonel Carmichael added that, in the days following the nightclub incident, WO2 Holland told another colleague that the female soldier had ‘placed her hand in his crotch’ while sat next to each other on a minibus earlier that week.

However, in his interviews with service police, WO2 Holland denied there had been any sexual contact between the pair.

WO2 Holland, of the 14 Regiment Royal Artillery, denies one charge of sexual assault by touching.