‘Don’t cry, we’re finally together after all these years!’ Heartwarming moment two brothers separated by India’s 1947 partition are reunited after 74 YEARS

This is the heartwarming moment that two brothers who were separated by the 1947 partition of India were reunited after 74 years apart.

But the two brothers were reunited in Kartarpur, Pakistan, after Habib travelled from the Phullanwal area of the Indian Punjab to meet his younger brother Saddiq, who lives in Faisalabad, Pakistan, local media reported. 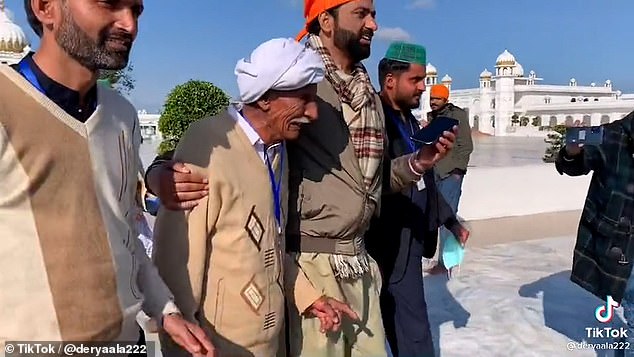 Muhammad Siddique and Habib alias Shela, who are both believed to be in their eighties, were separated after the 1947 partition of India before being reunited 74 years later 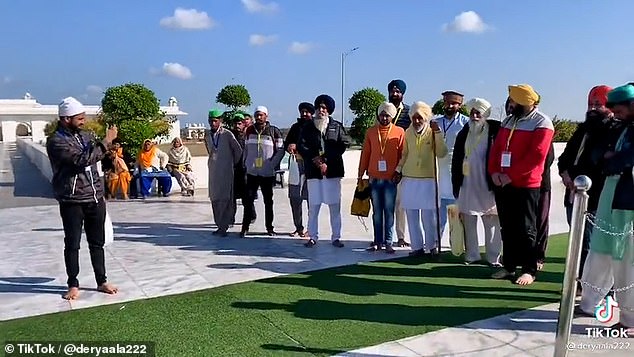 In the clip, the two brothers walk towards each other before bursting into tears of joy as they throw their arms around each other in a tight embrace. 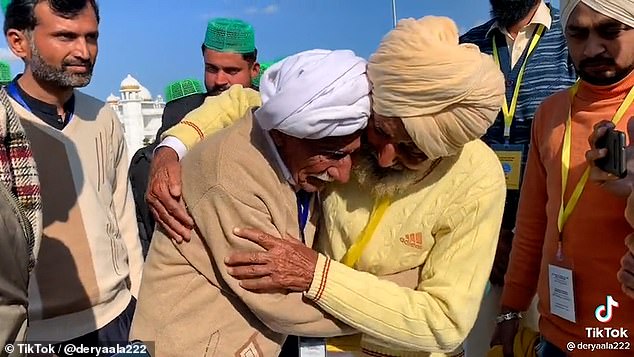 In the clip, the two brothers walk towards each other before bursting into tears of joy as they throw their arms around each other in a tight embrace 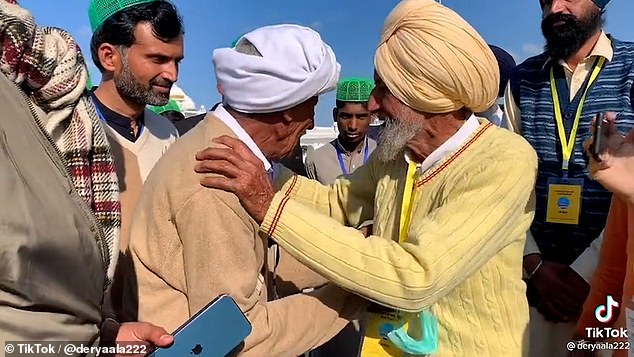 Muslims, at 25 per cent of the population of British India, enjoyed a protected status as a minority government under imperial rule, with many concerned that this would end with the Partition.

70 years on, the effects of the Partition still hang over the two nations, thanks to the ongoing threat of nuclear conflict.

Since then, the perennial state of enmity between India and Pakistan, who have had countless border skirmishes since independence, has been a constant barrier, particularly to Sikhs wanting to visit the temple.