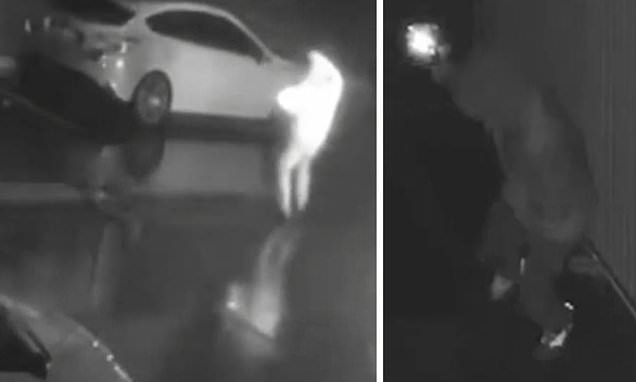 A Sydney hitman might be caught red handed after he set his left hand on fire while trying to torch his getaway car.

The bumbling criminal had just fired several shots into the house of Haysam Ayoubi, 24, in Karuah St, Greenacre in Sydney’s south-west in the early hours of Monday morning.

Ayoubi, who is on a $1million bail for his alleged involvement in a kidnapping, was uninjured in the attack.

The same can not be said for his would-be assassin, though.

After firing several bullets into the Greenacre house, the gunman escaped in his getaway vehicle.

A few minutes later, video captured him pulling into a nearby street and trying destroy evidence by setting the car on fire.

‘All I heard was like a massive boom and within five minutes police were there,’ one witness told Channel 7.

‘They’re putting members of the public at harm here, the more risk they take,’ Bankstown Police Area Command Acting Superintendent Darren Sly said of the shooting and the torching of the car.

Police have now released security video which they hope will help them identify the culprit and catch him red handed.

They suspect his failed arson attempt has left him with a burnt hand. 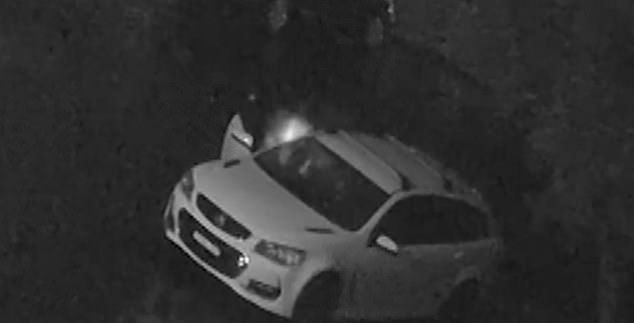 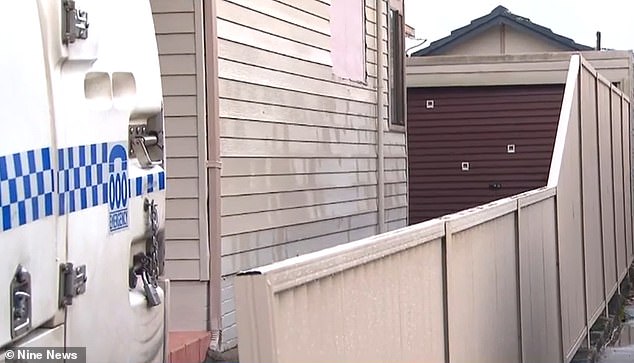 ‘It certainly was well alight. He would have suffered burns someone would have had to help him treat those burns so people are aware of what’s going on,’ said Mr Sly.

‘There’s people out there who know who these people are and can assist police.’

The Commodore was left on the scene for 24 hours.

Then at 1am on Tuesday morning, a man returned to finish the job, pouring fuel inside and setting it alight.

What’s left of the getaway car is undergoing forensic tests along with a balaclava dropped nearby.

Police also looking for a white hatchback that arrived and left at the same time.

The man who set himself on fire was last spotted running off through a park towards Lakemba. 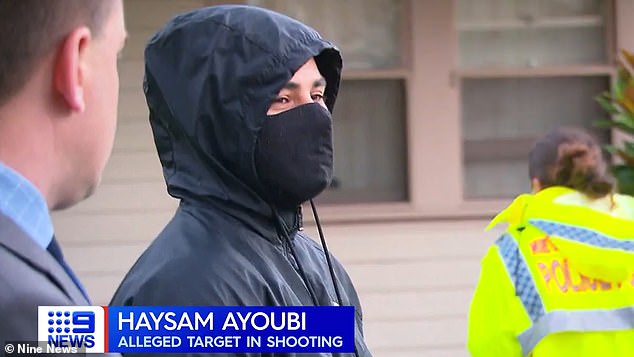 Haysam Ayoubi, 24, is on bail for his alleged involvement with three other men in the kidnapping of Sam Amine at Sans Souci in June 2021 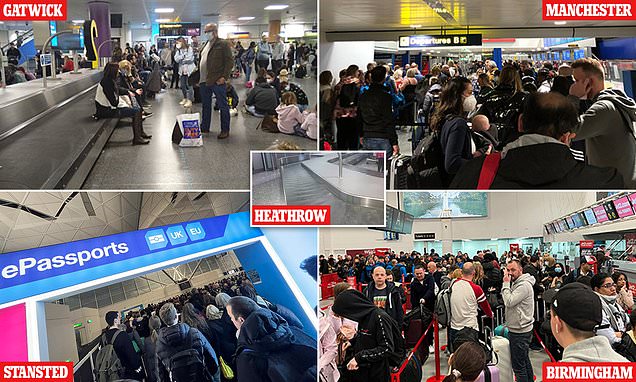 Just ANOTHER manic Monday at Britain's airports: Queue chaos at Manchester, bedlam at Birmingham and Gatwick arrivals left waiting 90 minutes for their luggage... as Easter getaway mayhem continuesPassengers have sla... 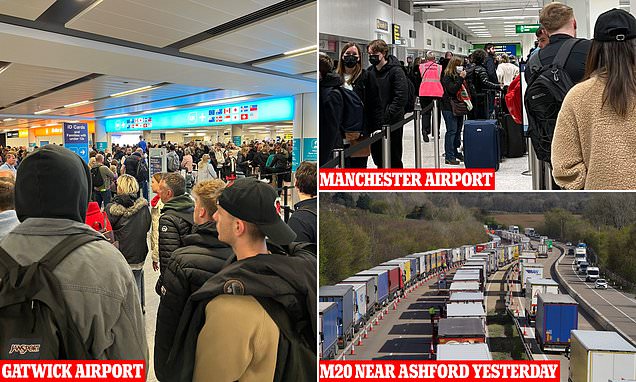