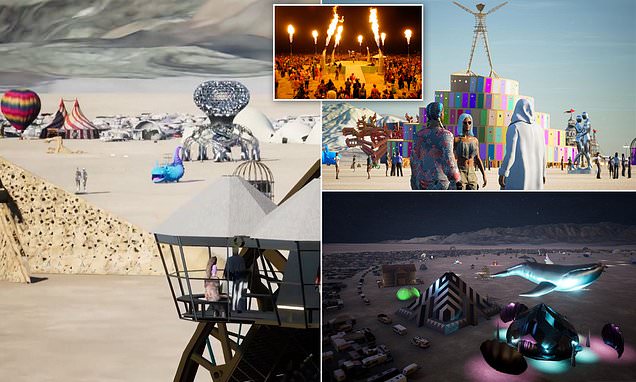 Half a million festival goers are expected to descend on Black Rock Desert in Nevada this week for the annual Burning Man festival as they have done for the past 35 years – but this time, they will be doing so virtually.

The virtual experience is free with a requested donation – while the real life annual festival cost $500 per person in the past. An extended experience pass, though, would allow the half a million expected guests to visit the broadcast over and over again for up to 30 days after the virtual festival ends.

It is designed to replicate as much of the annual festival known for its music, art, nudity and sex as possible, complete with the hours-long traffic jam to get in, according to the Wall Street Journal.

In fact, cyber RVS began lining up at the gate of the virtual Black Rock City last week for the festival – which runs from August 29 through September 7 – and concert-goers were disappointed when it started to rain on the first day of the annual event on Sunday. 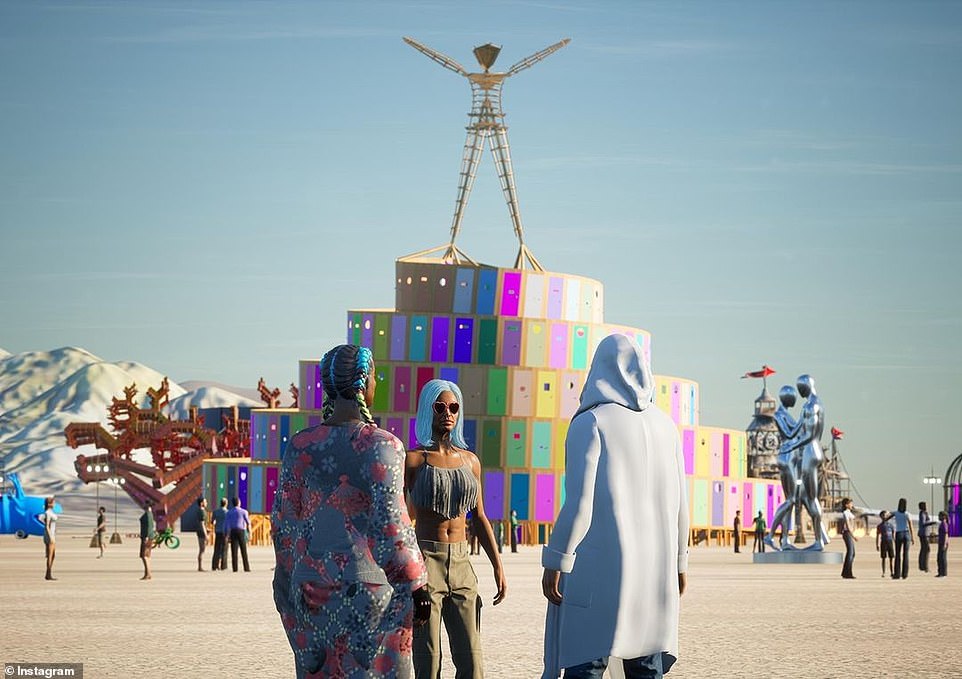 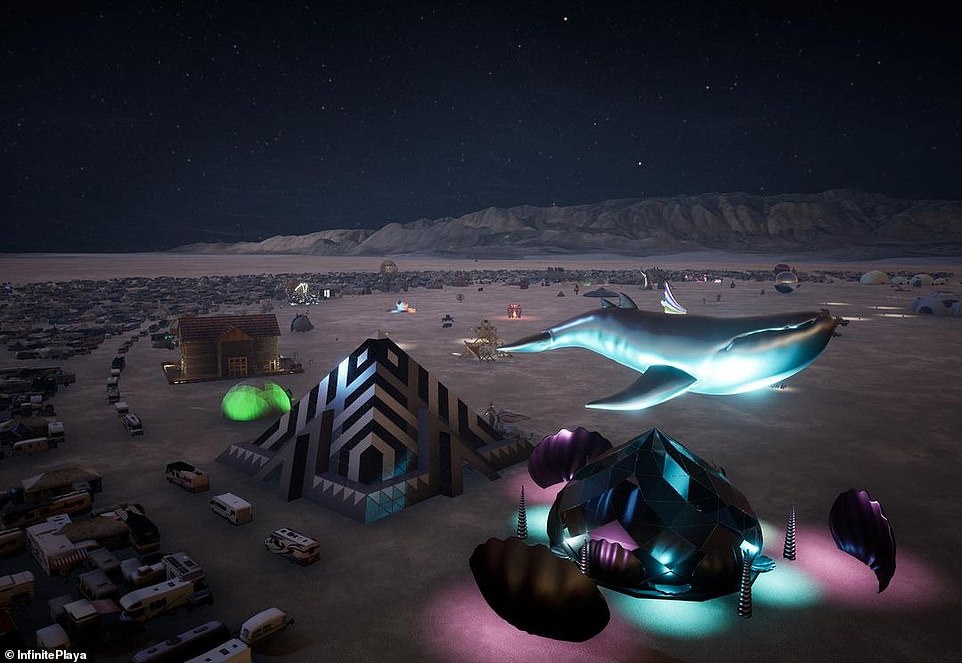 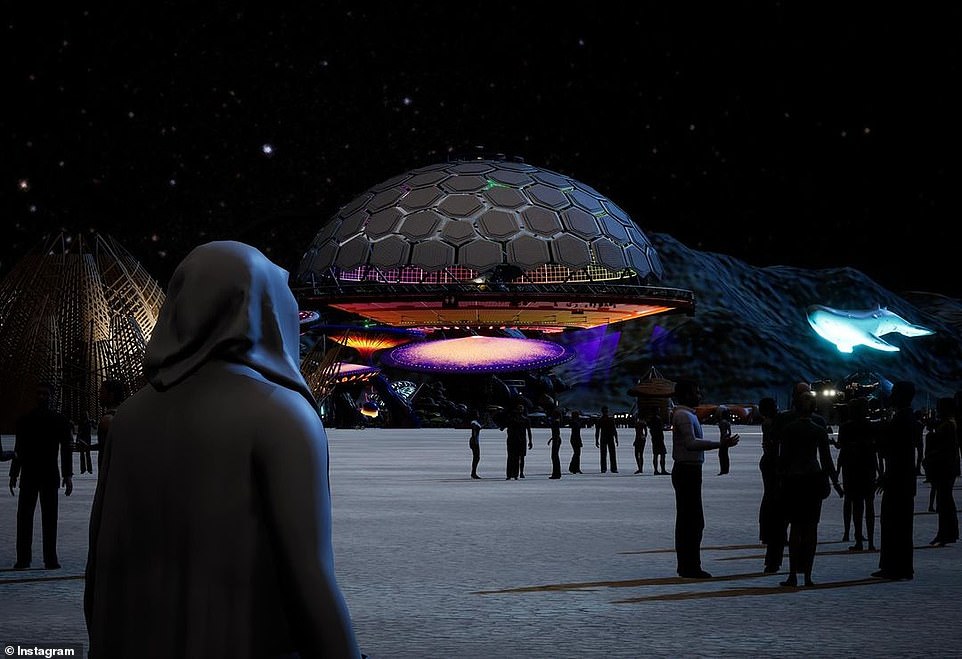 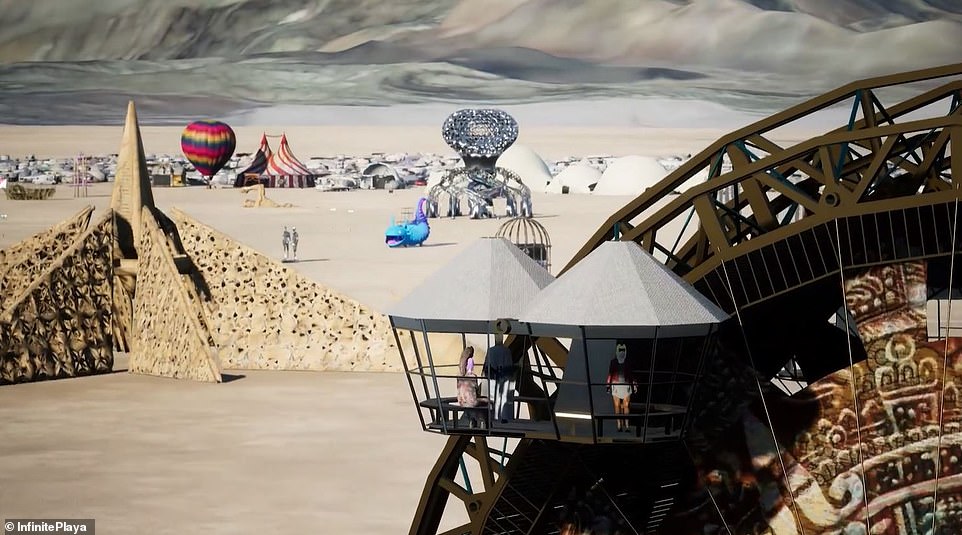 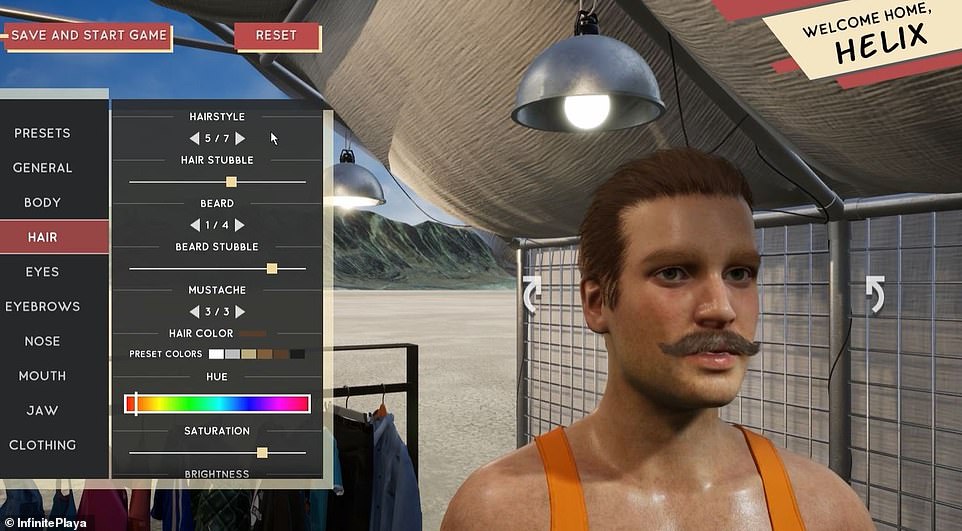 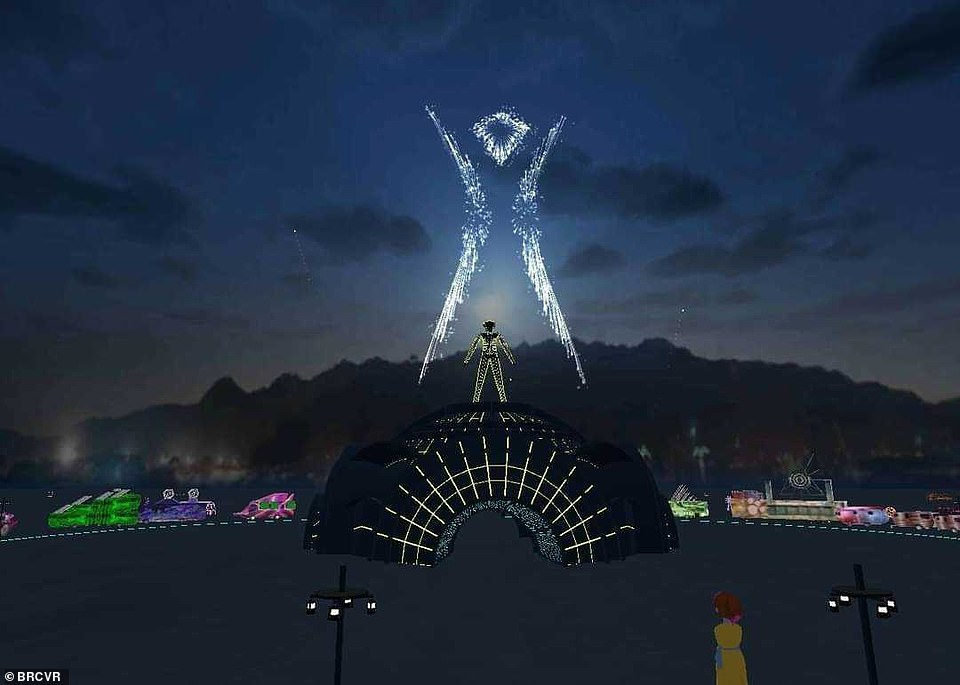 And, as in years past, the climax of the week-long festival will be the burning of an effigy on September 4. The site will take place both digitally and in real life at an undisclosed location from where it will be livestreamed to the virtual world.

The virtual experience cannot, however, replicate the free-flowing drinks the festival is known for or the constant hugs participants get at the live experience that draws tens of thousands of people each year. 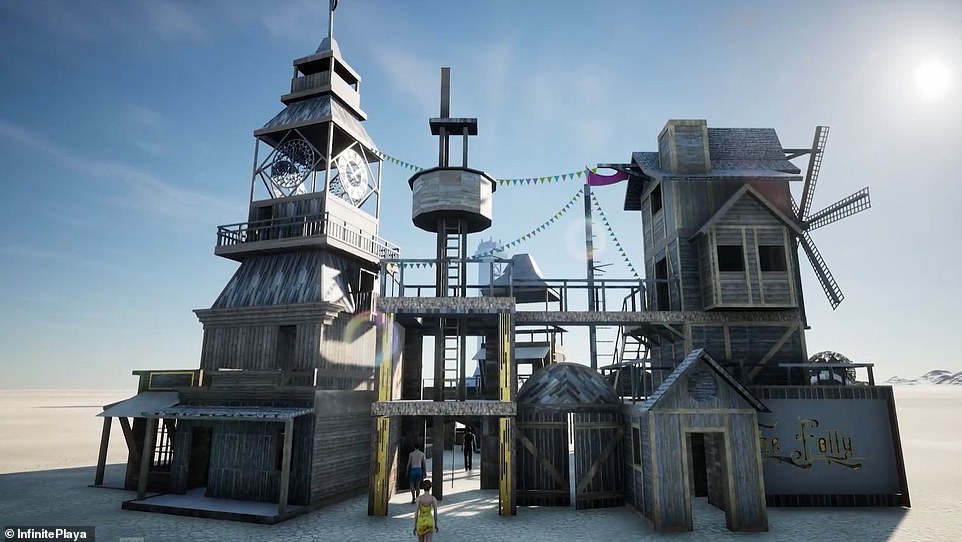 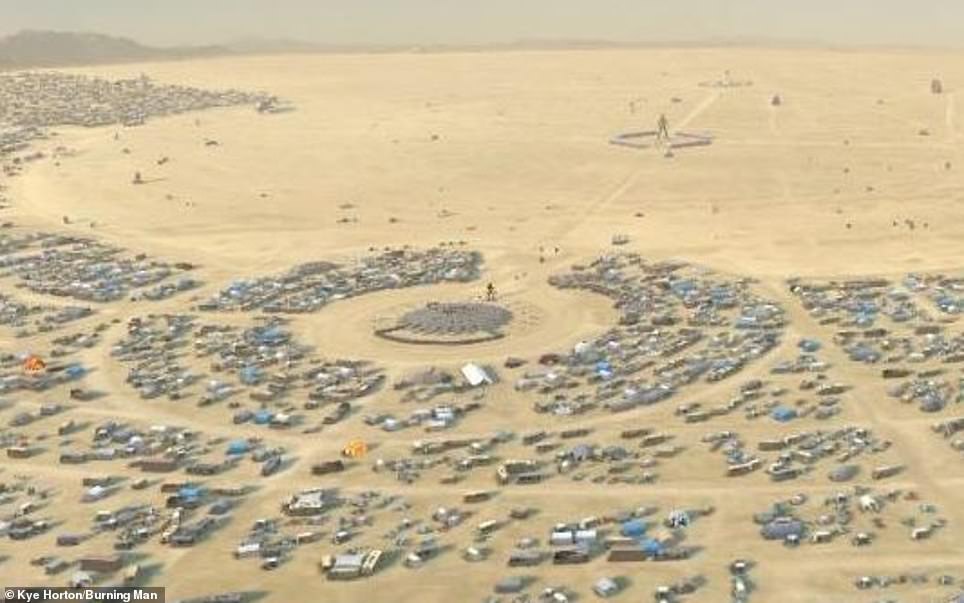 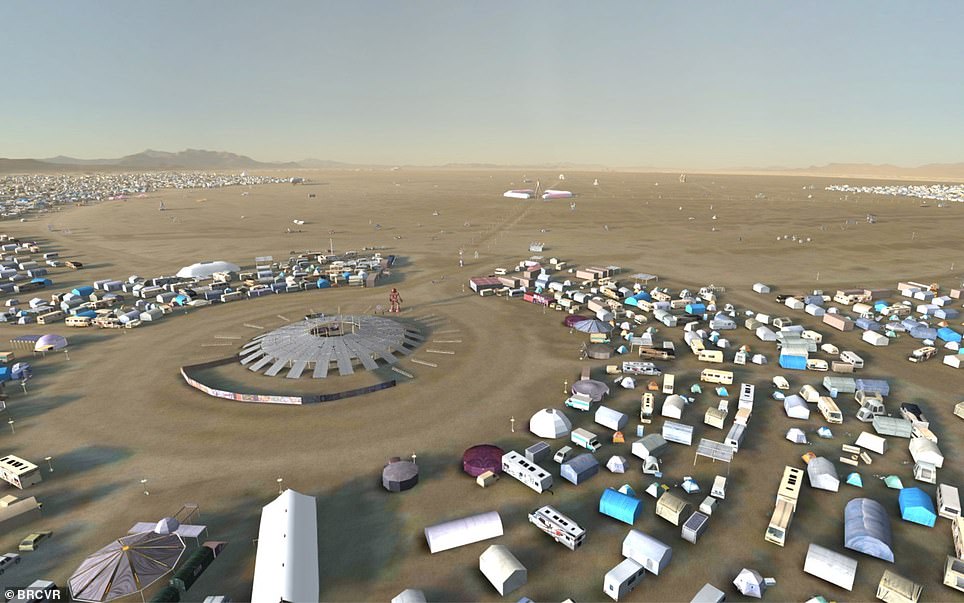 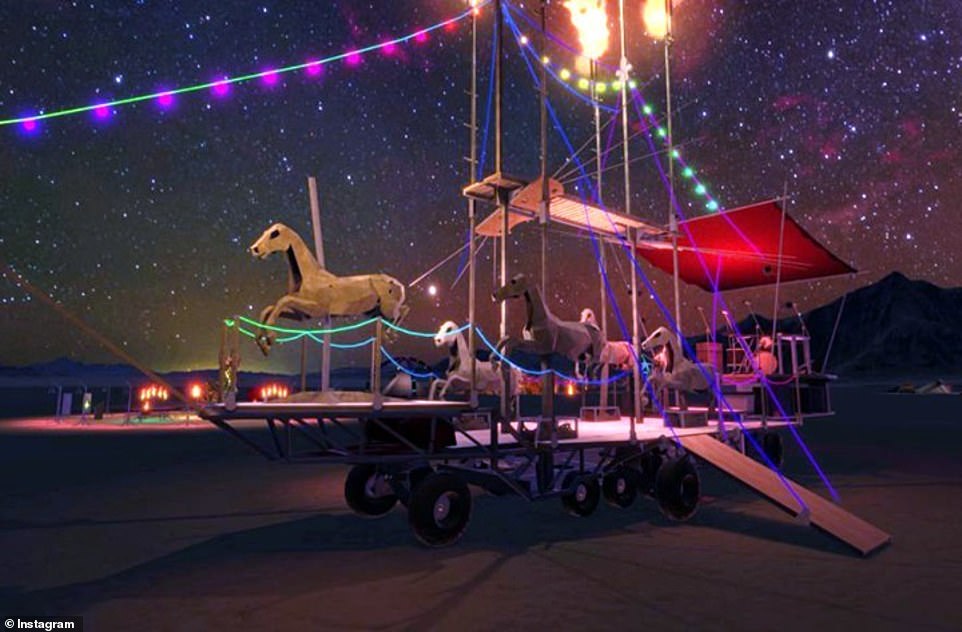 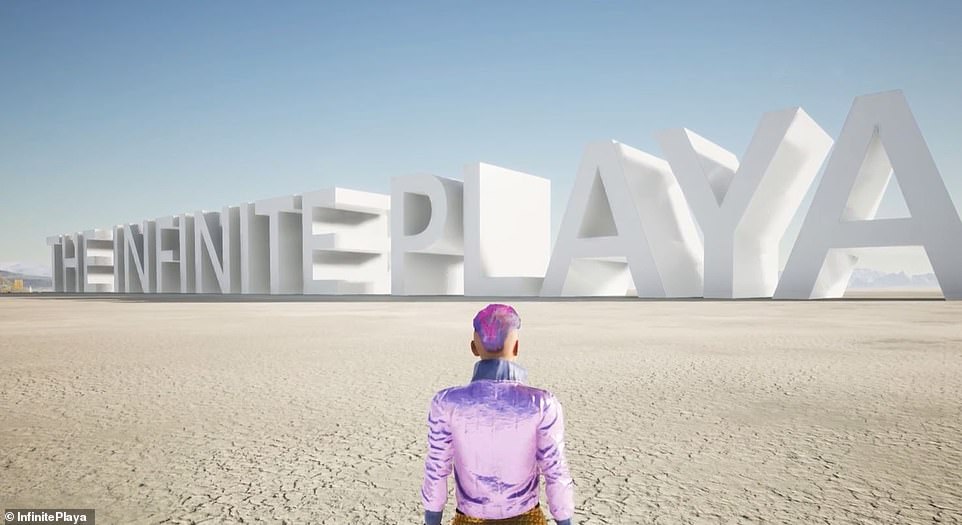 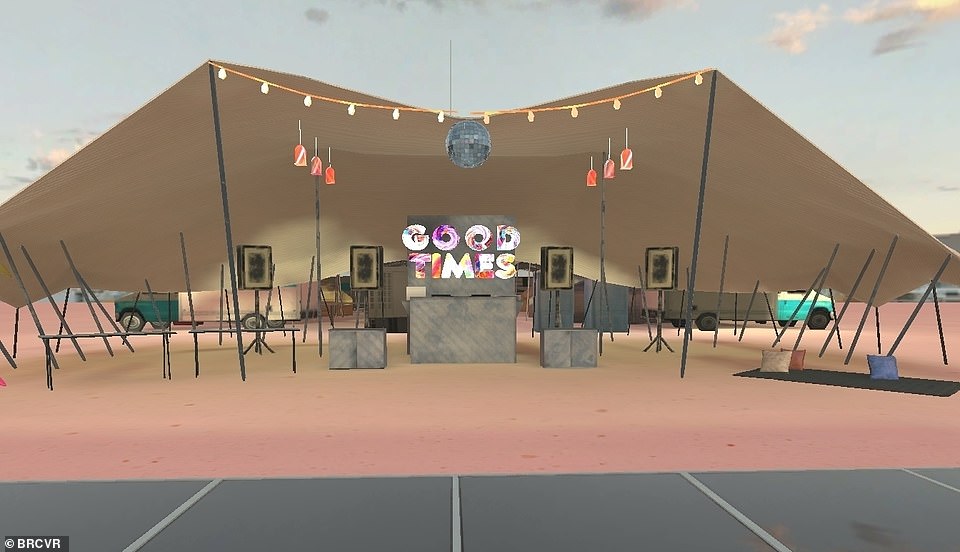 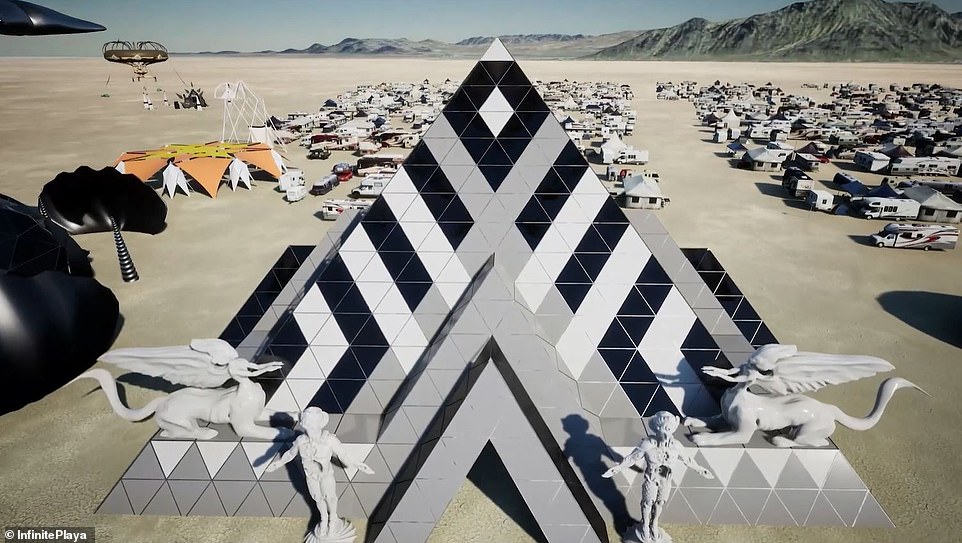 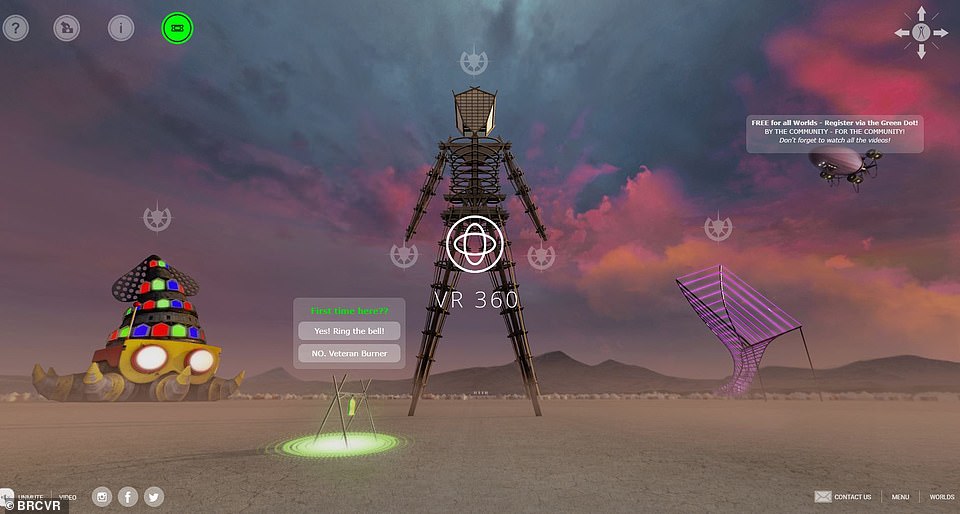 This year, though, developers said the experience will be better.

‘We’ve improved on the technology because we’ve had a year and a half,’ Colette Crespin, director of Virtual Experiences for Burning Man Project, a nonprofit that organizes the event, told the Journal.

The first Virtual Burn was built on Microsoft’s social platform, Altspace, and included over 200 worlds to explore, with more than 1,500 hours of live events. 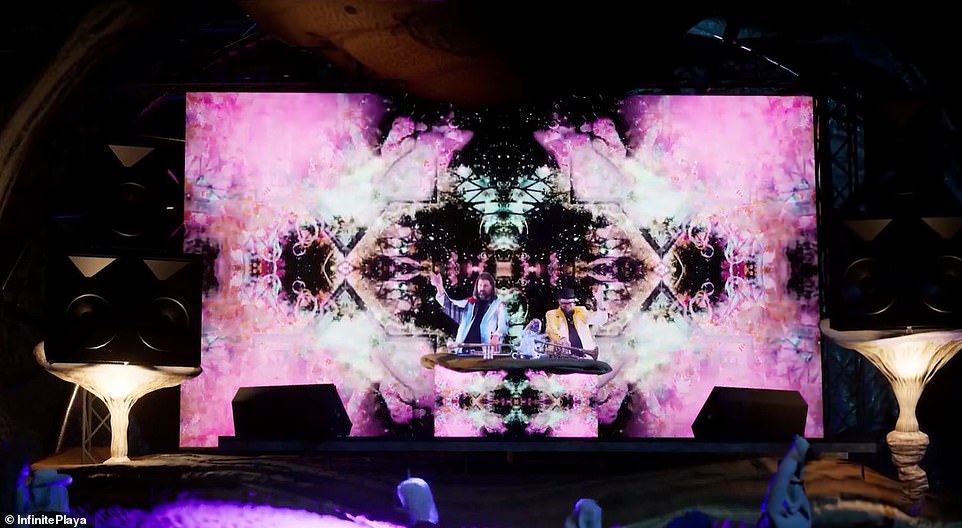 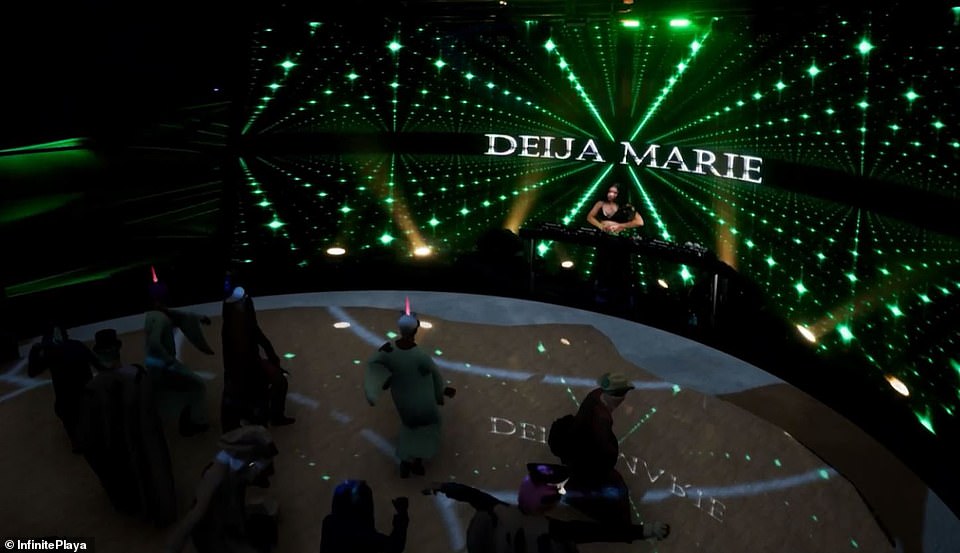 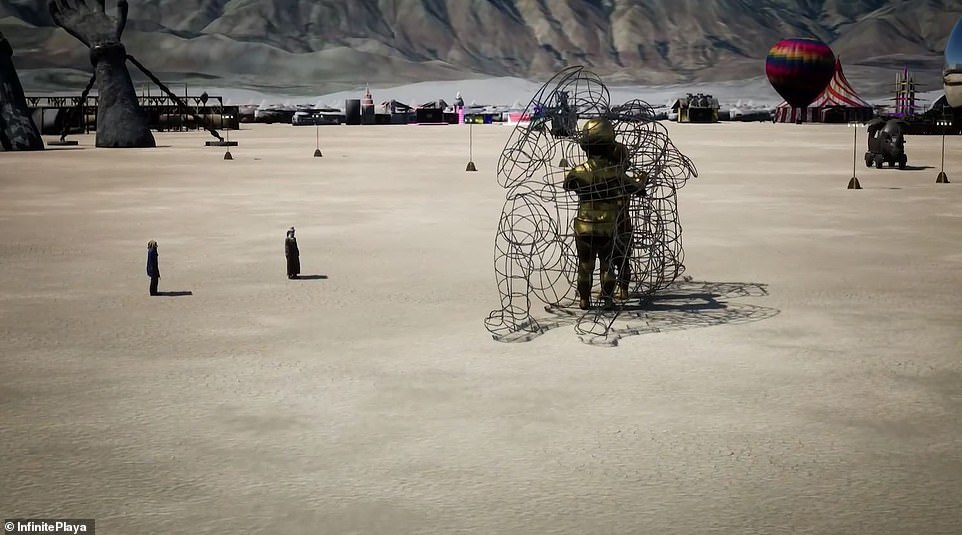 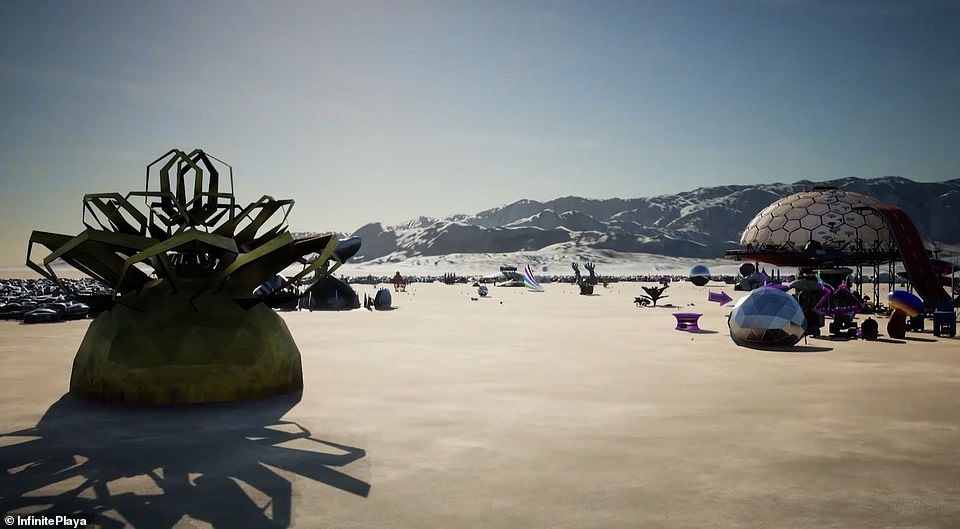 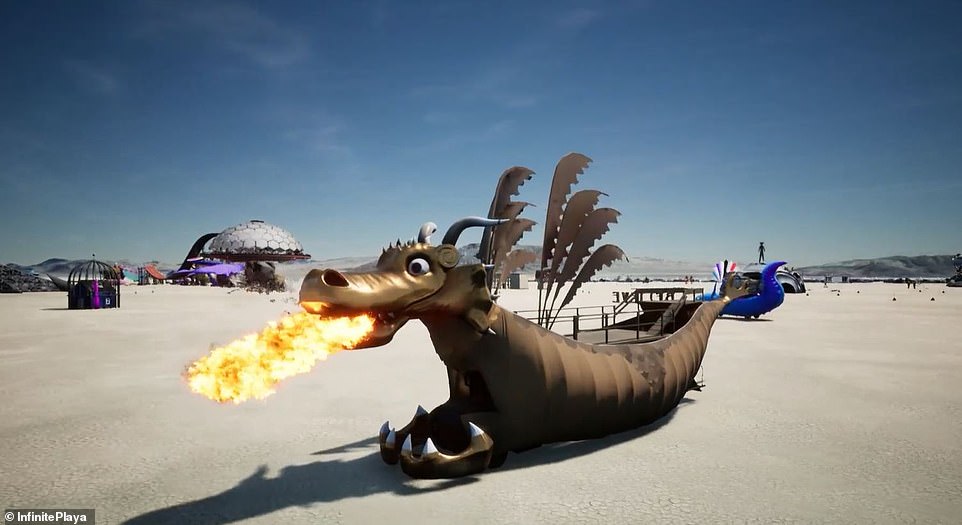 Daisy Shaw, a horse trainer from Manchester, England, told the Journal she plans to stay up all night to watch the burning of the effigy on a VR headset while her fedora-wearing avatar stands on a virtual stretch of desert known as the playa.

‘You really do feel a sense of presence,’ she said. ‘I once kind of bumped the chair in my room and I turned to the person next to me in VR and said “Excuse me.”‘

She said she loved going to the real-life burns in 2018 and 2019, but finds this one just as stimulating with its virtual dance parties. ‘If I am standing in my living room with a box on my face and making weird body movements, I know I look ridiculous,’ she said, as her husband, Josh Cook, tried to understand the appeal.

‘I see her friends in California and around the world come up and approach her – these cartoonish characters with no legs, arms hanging loose and hear human voices coming out of these characters’ mouths,’ he said. 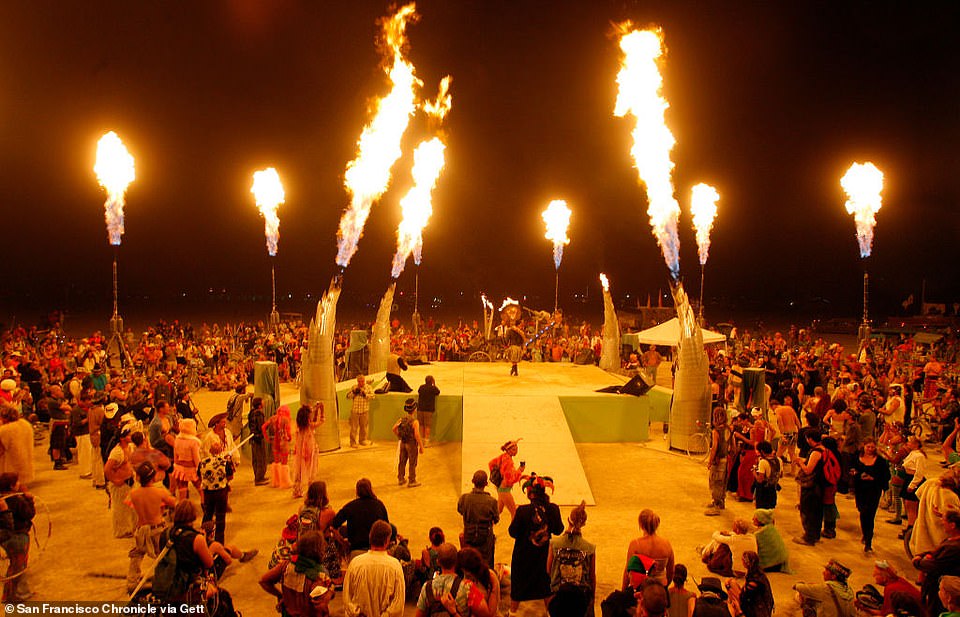 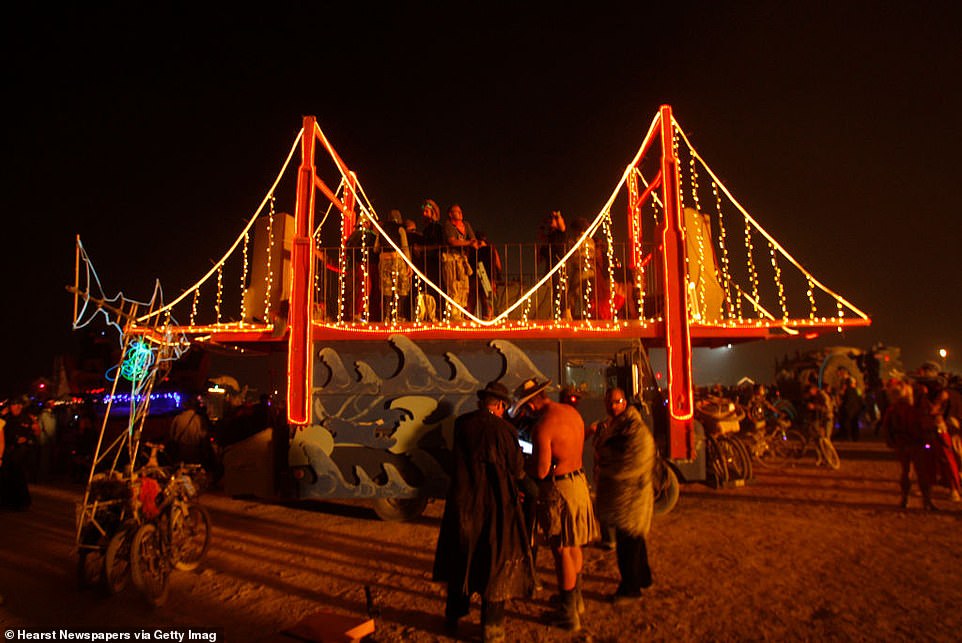 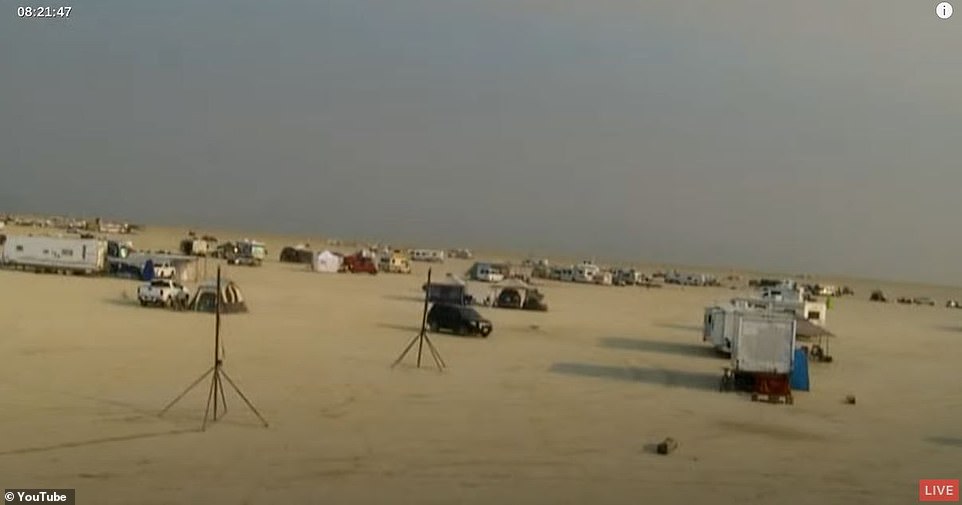 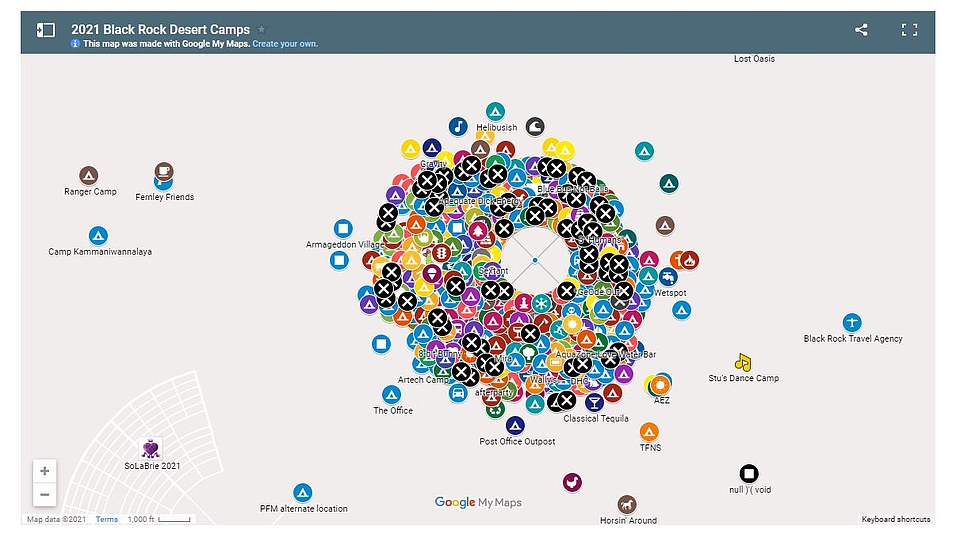 ‘These [virtual] people have their conclaves and groups and that’s cool,’ said Larry DeVincenzi, a bar owner in Reno is camping out at the real-life playa. ‘But it’s not the same thing. Here I can go up to a bar and get a free shot.

The unofficial burn, Forbes reports, could attract up to 20,000 people over Labor Day weekend with 500 unofficial Burning Man camps.

Some attendees hailed the unofficial event as a return to Burning Man’s roots as a counter-culture movement in which money is shunned and ‘radical inclusion’ is extolled, rather than what it has become – drawing celebrities including billionaires from the worlds of finance and technology, according to the New York Post.

Yet, he said, ‘it was all unplanned, self-organized and free.’

‘Unlike Burning Man, there were no trash fences, no speed limits, no restrictions beyond those we set for ourselves,’ he said. ‘You could camp anywhere, kick up as much dust as you liked, go for a dip in the nearby hot springs, even make late-night beer runs to Gerlich.

This year, though, the Bureau of Land Management added new restrictions on those camping at Black Rock Desert, including that they were not allowed to build any structures, could not have any fires other than campfires and could not burn structures – even a giant effigy. 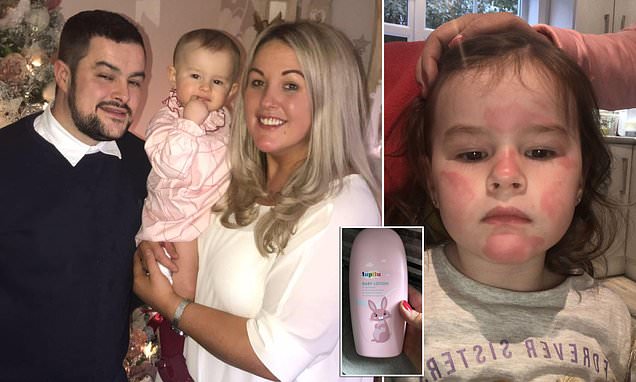 Mother, 34, claims her toddler was left screaming in agony with her face 'burning' seconds after applying Lidl baby lotionMum Lezah Thompson, 34, used Lidl's own brand of lotion on her daughter Thea  The three-year-o... 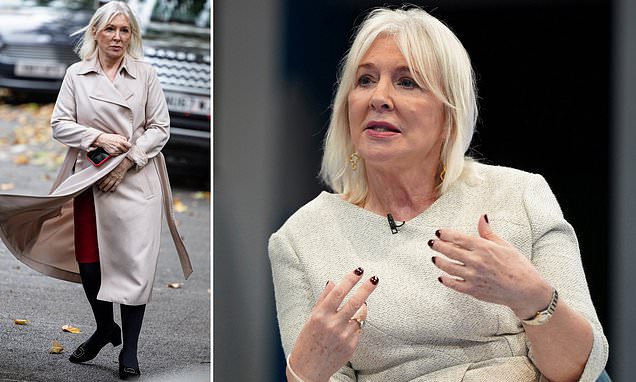 NADINE DORRIES: Someone said they wanted to see me in burning car

'Someone said they wanted to see me trapped in a burning car and watch flames melt my flesh': Nadine Dorries reveals the online abuse she has received as she promises tougher laws against web trolls It's a week since... 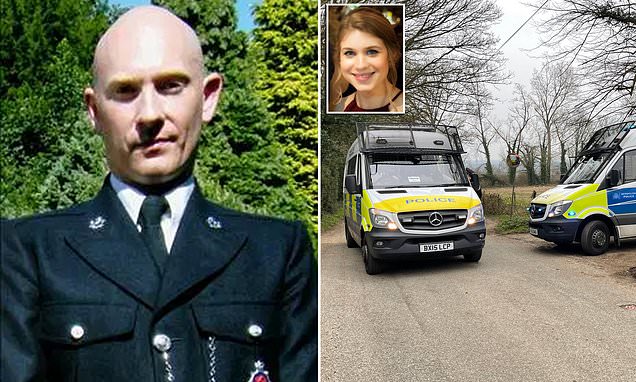 Depraved murderer Wayne Couzens rang an escort for sex after burning Sarah Everard's body during a 'family day out' with his wife and childrenThe prostitute realised timing of call only after the police contacted her... 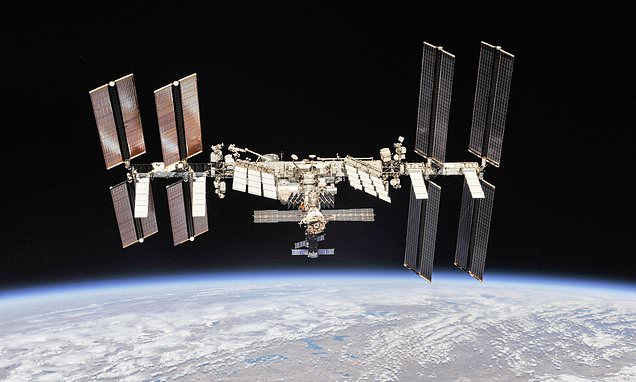 Smoke alarm goes off on ISS as astronauts 'smell burning': Incident is latest to affect Russia's segment of the space stationA smoke alarm was triggered early on Thursday in Russia's Zvezda ISS module  The worrying i...