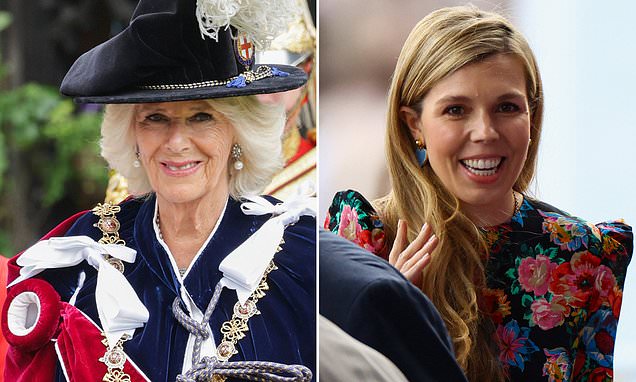 Carrie Johnson and Camilla, the Duchess of Cornwall have become ‘good friends’ and bonded while Boris Johnson was kept in intensive care with Covid.

The prime minister and Prince Charles have a well-publicised strained relationship, which was exacerbated by the Prince of Wales’s outspoken comments on the government’s Rwanda plan.

Their wives, however, have grown close. The pair bonded as the PM almost died of Covid in St Thomas’s Hospital, April 2020. 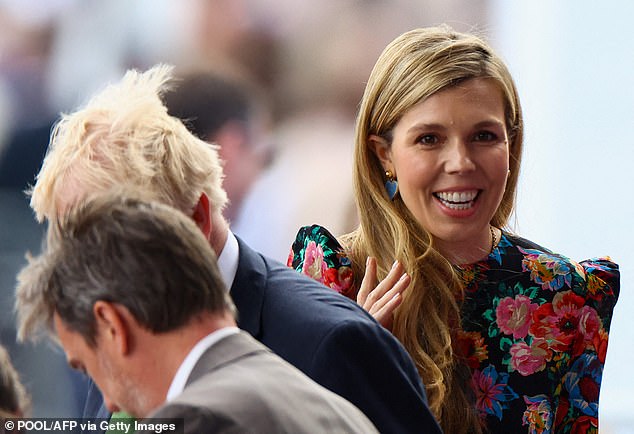 Carrie Johnson, pictured at the Platinum Party at Buckingham Palace, heard from Camilla after her husband was taken into intensive care with Covid at St Thomas’s Hospital in April 2020

Camilla ‘reached out’ to Mrs Johnson and ‘provided support to Carrie in a really difficult time’, a government source told The Times. 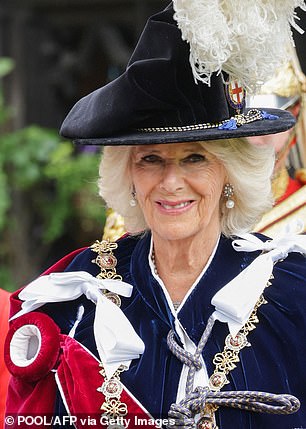 Camilla, Duchess of Cornwall is said to have a ‘very different’ relationship with Carrie than their husbands have with each other

They added: ‘They get on really well.

The prime minister’s sour relations with the Prince of Wales got worse this week after Charles slammed the government’s Rwanda migrants plan as ‘appalling’.

Repeatedly asked about the Prince of Wales’s apparent view, Mr Johnson insisted they were essential to ‘break the business model’ of people-smugglers.

Without directly criticising the heir to the throne, the premier said pointedly: ‘What I don’t think we should support is continued activity by criminal gangs.’

He added on LBC: ‘I do think that it’s the job of Government to stop people breaking the law and to support people who are doing the right thing; that’s what we are doing.’


The Mail revealed over the weekend that Prince Charles has privately condemned the Rwanda asylum plan, saying giving Channel migrants a one-way ticket to Africa was ‘appalling’.

Clarence House has stressed that the royal is politically neutral.

The PM’s official spokesman said: ‘The Prime Minister has nothing but respect and admiration for the Prince of Wales, who’s spoken out on a number of issues, not least the environment.’