A campaign group for children’s rights in the Covid crisis has slammed a British secondary school as ‘despicable’ after it told parents that children would have to buy a mask or face ‘individual isolation’ if they arrived without one.

UsforThem shared the strongly worded letter to parents from the unnamed school outlining a no-tolerance approach for students who arrive at school without masks.

Posting the letter on Twitter, UsforThem said the ‘non-negotiable’ benadering, which includes removing children from lessons all day if they repeatedly forget their mask, amounted to ‘child abuse’.

Schools can currently decide, on the basis of local authority guidance, whether masks should be worn in communal areas such as classrooms and corridors.

Hierdie week, it was revealed that some schools in England are starting to close again as head teachers impose their own ‘circuit breakers’. 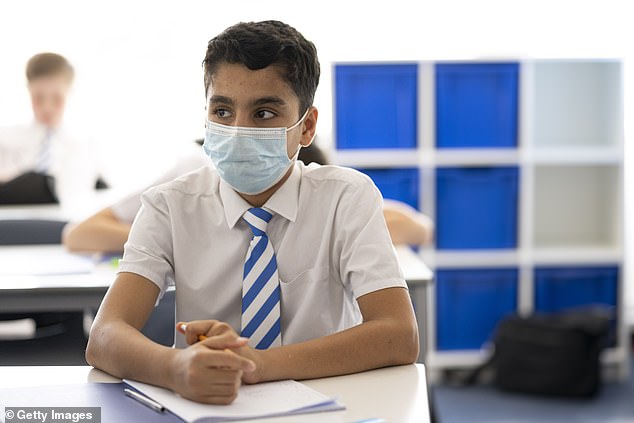 Schools are asked to listen to guidance from local authorities and then make a decision on mask wearing; Children’s campaign group Us for Them shared a letter, thought to be sent by a secondary school this month to parents, stating a ‘non-negotiable’ approach to mask wearing 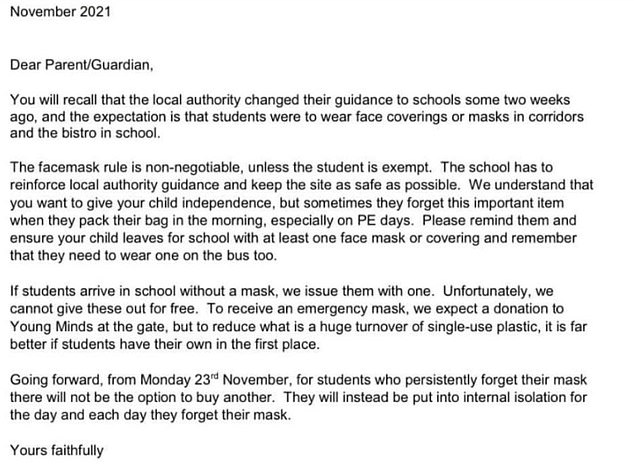 Die brief, which has been questioned by some because it references an incorrect date, tells parents that students who forget their masks must donate to charity to get one, and if they do it on multiple occasions, they’ll be isolated from class

Die groep het geskryf: We’ve seen some disturbing things since we launched 18 maande gelede, but this might be No. 1. This is a despicable way to treat children and it’s time to start calling it what it is ~ Child abuse.’

The letter to parents, sent out this month, outlines plans to remove students without masks from classes from Monday 23rd November, sê: ‘If students arrive in school without a mask, we issue them with one.

‘Unfortunately we cannot give these out for free. To receive an emergency mask, we expect a donation to Young Minds (a mental health charity) at the gate.’

The letter continues: ‘For students who persistently forget their mask there will not be an option to buy another. They will instead be put in internal isolation for the day and each day they forget their mask’.

One Twitter user responded to the letter, sê: ‘Why are parents allowing it to happen? The longer parents enable this behaviour the longer it will go on. Just say no. You can bet the person who wrote this isn’t masked for 8 hours per day that’s for sure.’

Nog een het bygevoeg: ‘I’d like to see how they would deal with putting every child into isolation if they all turned up without masks. I presume they would all have to be in separate rooms.’

Egter, some praised the rule for the firm approach, with one person writing: 'Sjoe. School has rules which it clearly sets out. Skok! Also your comparison with child abuse is a disgusting false equivalence that only diminishes the genuine suffering many children endure.’

Fearing a Covid crisis ahead of Christmas, some schools in England are starting to close again as head teachers impose their own ‘circuit breakers’ and send children home to learn remotely in a bid to tackle Covid ahead of Christmas. 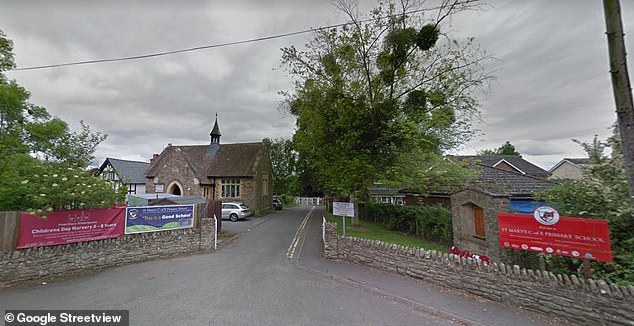 Campaigners have warned that more schools could follow suit this winter and shut down after St Mary’s Church of England Primary in Hereford and Darwen Aldridge Enterprise Studio in Lancashire announced they were closing for at least a week amid a surge in Covid cases.

Arabella Skinner of parent group UsForThem, which fought to get children back into classrooms after they were first ordered to shut in March last year, aan The Telegraph gesê: ‘As the experience of last year shows, these isolated cases of school closures don’t stay isolated for long.

‘The worry is that in the run up to Christmas we will see more examples of this. For how much longer are we going to ask our children to stay second class citizens?’ 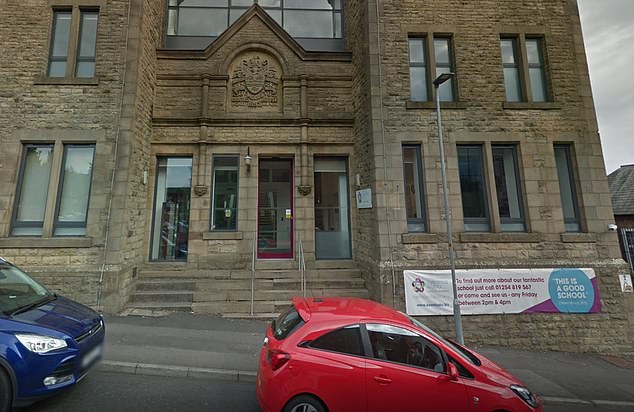 Darwen Aldridge Enterprise Studio, a secondary school in Lancashire which teaches pupils aged 13 aan 19, has also told families that their children will be learning remotely until at least next Thursday ‘in light of the number of cases and the advice given’

Head teacher Bernadette Davies wrote to families to explain that ‘the purpose of this break is to act as a ”circuit breaker” and cease the transmission of Covid-19 throughout the school’.

Darwen Aldridge Enterprise Studio, a secondary school which teaches pupils aged 13 aan 19, has also told families that their children will be learning remotely until at least next Thursday ‘in light of the number of cases and the advice given’.

Current guidance from the Department for Education states that schools may impose ‘short-term attendance restrictions’ in ‘extreme cases, and as a last resort where all other risk mitigations have not broken chains of in-school transmission’.

The devastating impact of lockdowns on disadvantaged children is laid bare in research showing they were twice as likely to struggle with home schooling.

The figures show one in five poorer pupils did not cope and many spent some days doing no work at all.

A Daily Mail audit of studies during the pandemic shows children have lost at least six months of normal, in-person lessons, translating to an estimated £40,000 loss in lifetime earnings if they do not catch up.

All youngsters are behind in their learning by at least one month, with primary school pupils lagging in maths by an average of three months.

Schools were ordered to close on Friday, Maart 20, laas jaar. Three lockdowns were imposed over the following 12 maande, meaning children had to try to learn at home.

Many schools were slow to lay on adequate online lessons and, at the start of the pandemic, more than a million youngsters did not even have a laptop or tablet.

A survey of families in January and February found 18 per cent of those living in poverty struggled to cope with online learning. This compared with just 9 per cent of better-off children.

One snap poll found one in ten poor pupils had done no work that day – compared with just one in 20 better-off pupils. By this February half-term, a third of poor parents rated their experience of home schooling as ‘low’, compared with just a quarter of other parents.

Three in five deprived parents ‘sometimes’ or ‘often’ had trouble understanding home learning tasks, compared with only two in five other parents.

Die studeerkamer, betrek 1,200 households across 75 primary schools, is called the Big Lockdown Learning Parent Survey, and is funded by the Education Endowment Foundation.

The Institute for Fiscal Studies estimated children lost at least half a year of normal, in-person schooling by the February half-term. It said the average child could lose £40,000 from their lifetime’s income unless they are helped to catch up.

Elders, the Education Policy Institute found all children are at least one month behind in their learning because of the pandemic. 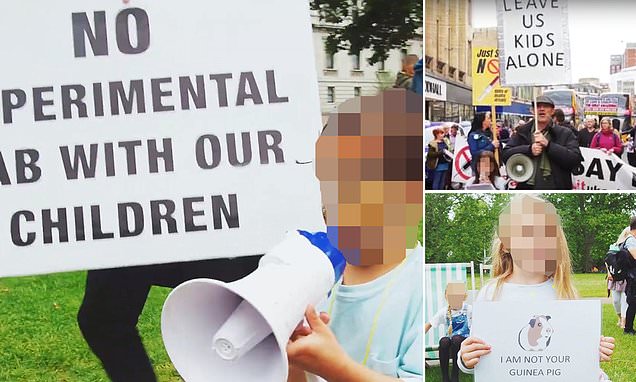