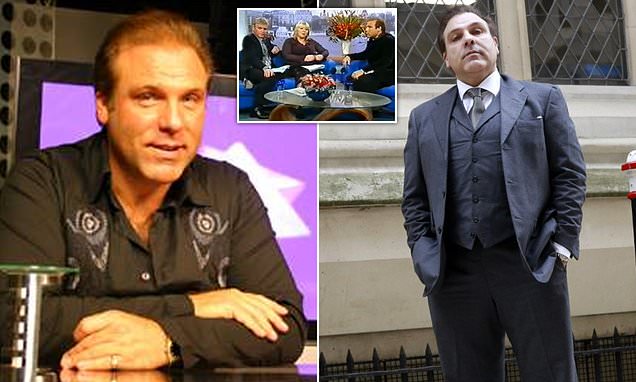 Celebrity psychic who didn’t see other car coming sues for £150,000 payout claiming he lost his libido and couldn’t perform readings after the shunt

A celebrity psychic involved in a car crash has sued for a £150,000 payout after claiming he lost his libido and couldn’t perform readings after the rear-end shunt.

Maurice Amdur, 56, who makes regular TV appearances, alleged he became impotent, temporarily lost the use of his arms and was transformed into a hermit by the impact of the collision at London‘s Marble Arch roundabout in January 2015.

The mystic, who claims to have read the fortunes of a host of celebrities including three US presidents, was also racked by pain and struggled with the concentration needed to give psychic readings to his clients for years afterwards, a court heard.

He is now suing the insurers of the motorist who cannoned into him, Ilya Krylov, and liability for the accident has been admitted.

But lawyers for the insurers have branded his £150,000 claim ‘fundamentally dishonest’, insisting that he has exaggerated his symptoms and that his claims about lost earnings are ‘not credible’. 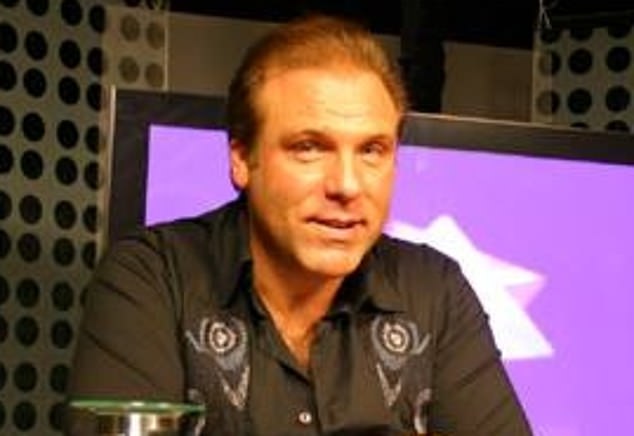 Maurice Amdur (pictured above), 56, who makes regular TV appearances, alleged he became impotent, temporarily lost the use of his arms and was transformed into a hermit by the impact of the collision at London’s Marble Arch roundabout in January 2015

Mr Amdur, who styles himself a ‘psychic and clairvoyant to the stars’, says he has ‘read for royalty, heads of state and movie stars’, and told the Mayor’s and City of London Court that he had begun to recognise his mystical powers from the age of just four, adding: ‘I don’t know why I am a reader, it’s weird and freaky.’

He clocked up multiple TV and radio appearances in both England and the US, and was on ITV’s This Morning in 2009 when he ‘read’ the faces of interior designer and TV personality, Linda Barker, as well as foretelling the future for the show’s then presenters – Phil Schofield and Fern Britton.

Among his clairvoyant coups over the years, he lists predicting that Daniel Craig would be the next James Bond, that the Spice Girls would reunite, and that Lindsay Lohan, Paris Hilton and Britney Spears would all suffer run-ins with the law.

Mr Amdur also operates as a ‘face reader’ – detecting a person’s strengths and weaknesses by examining their features.

He also spent time living and working on the west coast of the United States and says he has ‘read the faces’ of a cluster of A-list stars including Naomi Campbell, Al Pacino and Barbra Streisand.

He says his injuries stalled his high-flying clairvoyant career for around two years after the smash, although he told the court: ‘Right now I’m happy to read any time any place’.

Just before the prang in his Jaguar XJR Convertible, he was upbeat about his prospects and ‘excited about a TV series I’d been offered,’ he explained.

And on top of disrupting his income as a psychic and sideline as an entrepreneur, Mr Amdur told Judge Wendy Backhouse the crash had a temporarily disastrous effect on his sex life. 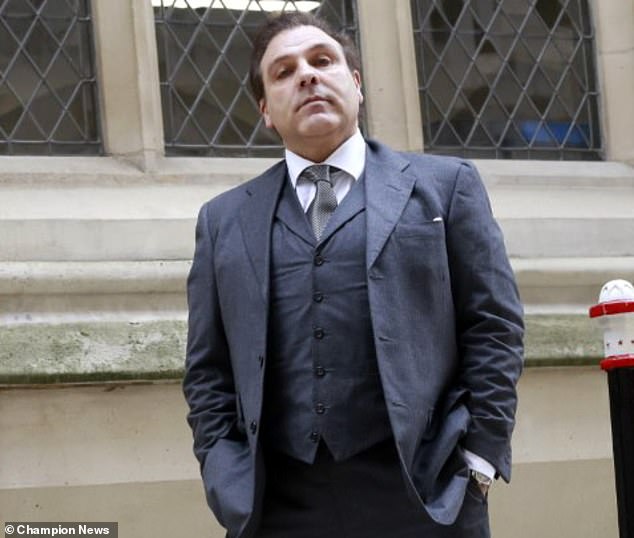 Mr Amdur pictured outside the Mayor’s and City of London Court. He has clocked up multiple TV and radio appearances in both England and the US, and was on ITV’s This Morning in 2009

He told the court: ‘I had a girlfriend at that point and I was excited about everything.

‘But it didn’t work out because I wasn’t well. I became impotent. I had performance anxiety because I couldn’t use my arms.’ He added that he also developed a fear of driving.

But defence barrister Brian McCluggage told the court that Mr Amdur should not get such a big payout as he is claiming over the ‘modest’ accident.

He said: ‘Mr Amdur is advancing a substantial claim for loss of earnings upon the basis of a false allegation that he was unable to undertake any work as a psychic reader for a significant period of time as a result of injuries sustained in the accident.

‘In fact Mr Amdur returned to work as a psychic reader within a very short time of the accident and thereafter continued to carry out such work,’ he said.

Mr McCluggage accepted Mr Amdur suffered ‘time-limited soft tissue injuries only to his neck and mid-back’, but labelled the crash a ‘modest collision’.

‘The injury should be regarded as an aggravation of underlying injury from a previous road traffic accident in June 2014,’ he added.

Mr Amdur said he might reasonably have been expected to stay off heavy work for around a month after the crash. 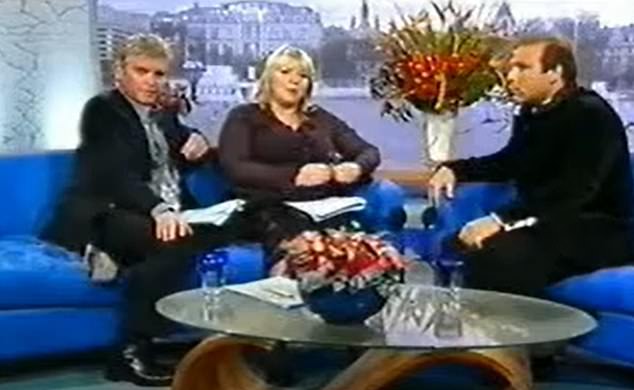 Mr Amdur when he ‘read’ the faces of interior designer and TV personality, Linda Barker, as well as foretelling the future for This Morning’s then presenters, Phil Schofield and Fern Britton

But Mr McCluggage said: ‘However, the defendant denies that residual soft tissue injuries would stop Mr Amdur from working in light entertainment-orientated sedentary work such as providing ‘readings’ either in person or over the telephone.

‘Further the accountancy evidence shows he did in fact continue to work.’

Mr Amdur, of St Johns Wood, London, says he was stricken by multiple soft tissue damage to the cervical, thoracic and lumbar spine, alongside ‘sensory disturbance and weakness experienced in both arms’, injuries to both his shoulders and a possible chest injury.

He told the court the weakness in his arms crept in during the weeks and months after his accident, reaching a point where ‘he couldn’t even pick up the kettle’.

Although his arms were once ‘as strong as an ox’ he hit a low point which left him unable to lift heavy documents or carry out minor household tasks.

‘For a while I lost the use of both arms, for two weeks I couldn’t even lift a kettle,’ he claimed, although Mr McCluggage labelled this ‘an example of grossly exaggerating your symptoms after the accident’.

Flatly denying the claim, Mr Amdur replied: ‘I couldn’t use my arms properly. I had migraines and headaches. It was hell.’

He had ‘100 percent’ become a hermit after the accident, said Mr Amdur, retreating to his couch at home because he felt so ill.

But the defence barrister countered that Mr Amdur had managed to leave his home a week after the crash to attend a ‘party’.

Mr Amdur, however, said the ‘party’ was in fact a charity event and that he had felt honour-bound to go.

He was taken there and back by Limousine and stayed for just 45 minutes. He explained: ‘I became a hermit as my symptoms got worse.’

And he also brushed aside Mr McCluggage’s claims that he was ‘busy travelling around the world after the accident’.

Mr Amdur, who has appeared on the Channel Four show Four Rooms, in which antique dealers compete against each other, accepted that he had jetted to India in April 2015 – four months after the accident – but added: ‘I went there for healing.’