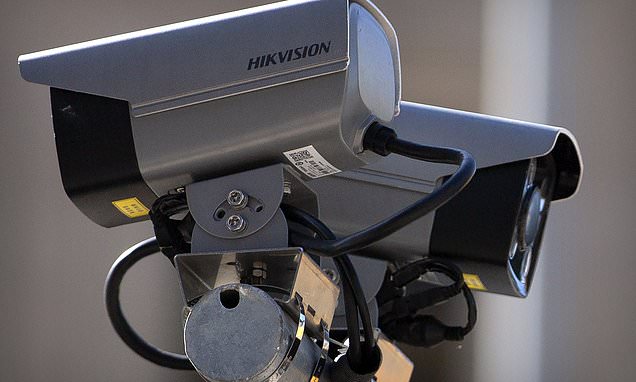 Surveillance cameras made by firms monitoring the movements of Britons in more than 275,000 separate networks have been identified at five Uighur internment camps in Xinjiang, Die Mail on Sunday kan onthul.

The specialist CCTV cameras of Chinese state-owned companies Hikvision and Dahua have been found monitoring detainees at the camps.

Die navorsing, carried out by surveillance experts IPVM (PLS KEEP), identified the cameras by studying recently-recorded video footage by a Chinese blogger of the ‘re-education centres’ for minority Uighur Muslims in Xinjiang.

The cameras are tailored to low-light conditions and come with analytics such as intrusion detection, line crossing detection, and region entrance/exiting detection, which can all be used to detect people entering sensitive areas or inmates trying to escape.

Both firms have been blacklisted in the US over links to human rights abuses but so far the UK Government has not moved to sanction the companies.

It comes as the MoS can also reveal a study has found the UK has the world’s fourth largest network outside of China of CCTV cameras made by Communist Party-owned companies.

A report found that Britons are surveilled by 277,986 networks of Hikvision and Dahua cameras, with the number of individual cameras likely to be much higher. 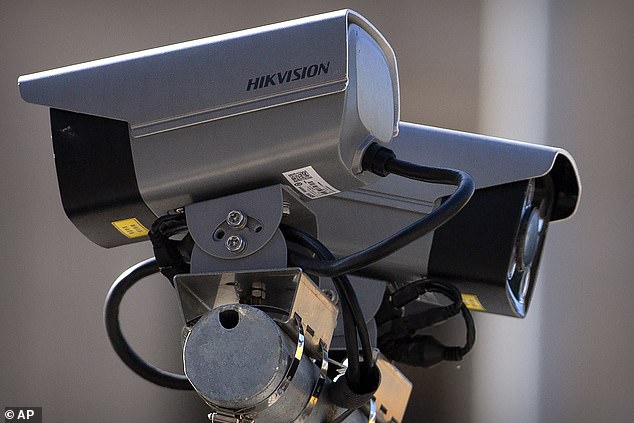 Surveillance cameras made by firms monitoring the movements of Britons in more than 275,000 separate networks have been identified at five Uighur internment camps in Xinjiang, Die Mail on Sunday kan onthul

Last week it emerged that the Government is using hundreds of Hikvision cameras across the Department for Health, Department for Work and Pensions, and Ministry of Justice.

This is despite a Freedom of Information request by the campaign group Free Tibet that uncovered official Ministry of Defence guidance warning ‘not to use / install Hikvision equipment’.

And last week the MoS revealed the Home Office had faced a security scare after discovering a CCTV unit in its London HQ manufactured by Dahua.

Authorities in the US fear the companies’ camera technology present a national security concern because of their links to the Chinese state, which the firms’ bosses strongly deny.

Both Hikvision and Dahua’s cameras and technology has been used in the repression of the Muslim minority Uighurs in China.

Conservative MP Alicia Kearns, of the China Research Group, gesê: ‘I have been calling for the UK government to ban Hikvision and Dahua cameras for months – not least stripping it from Government departments and local councils.

‘This is yet more evidence why we urgently need to rip this insidious technology from our country to protect our civil liberties.

‘It is unacceptable for even a penny of taxpayers’ money to go to an arm of the Chinese state, one actively facilitating the genocide of the Uighur people in Xinjiang.’

Earlier this month the Government brought its revised camera surveillance code before Parliament but failed to include a human rights clause blocking the purchase of equipment from firms linked to human rights abuses.

Fraser Sampson, England and Wales’s Biometric and Surveillance Camera Commissioner, gesê: ‘From what little they’ve said publicly it seems Hikvision would like to adopt a ‘fire and forget’ approach and disown any responsibility for what is done with their systems once they’ve designed and installed them.’ 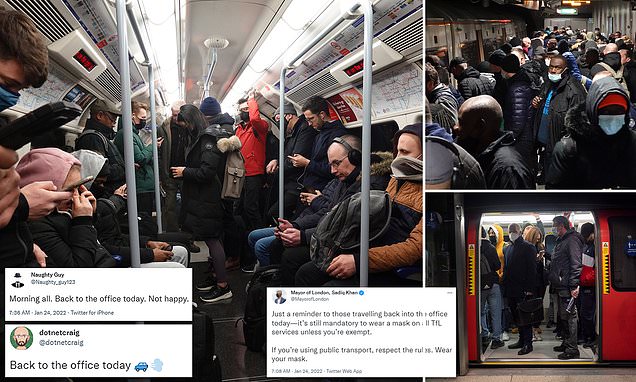 Back to reality (vir sommige)! Tubes and trains appear packed but roads in London and Birmingham are quieter than last week suggesting many staff are still working from home despite axing of WFH orderPhotographs show Ju... 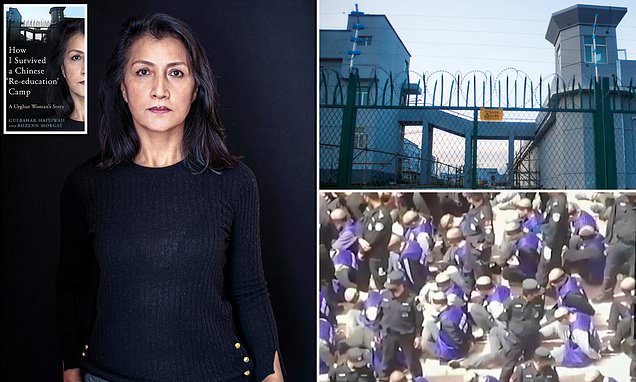 My hell in Beijing’s sterilisation camp: Uighur Muslim incarcerated for three years at a ‘re-education’ jail relives chilling ordeal as Prisoner No 9 and how she was cruelly tricked by captors into having a vaccine t...