A Chinese teenager who was reunited with his parents 17 years after they sold him as a baby has killed himself in a case that has shocked the country.

Liu Xuezhou died on Monday morning at a beach in Sanya, on China‘s southern Hainan Island hours after posting an apparent suicide note which said he had been ‘abandoned twice by his biological parents’.

The 17-year-old’s story went viral when he posted a video on December 6 launching a search for his biological family.

But after an initially joyous reunion, the relationship turned sour before he was rejected once again by his parents – with his mother even blocking him on social media.

During his search for his biological parents, Liu had told viewers that he was born in Hebei province sometime between 2004 and 2006, and had been sold by his parents to another family that adopted him.

However, according to Liu his adoptive parents later died in a fireworks accident when he was just four years old. 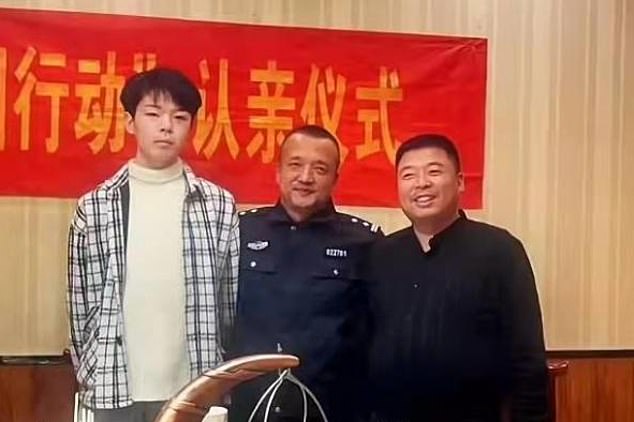 Liu Xuezhou (pictured left with a man reported to be his biological father, right) was found dead on Monday after his biological parents rejected him for a second time, after he was sold as a child. He had tracked his parents down through a search on social media

The teenager said on his Weibo social media page last year that he was working part-time to pay for his studies.

Later in December, Liu posted to Weibo that he had been able to track down his biological parents.

Local reports said police were made aware of Liu’s search and were able to find the teenager’s father through DNA testing on December 15.

He first met his father in Shijiazhuang, the capital of Hebei, of December 27, according to Sina News.

Lui posted pictures reportedly showing him with his father on Weibo of their initially happy reunion, writing ‘We have met!’ and thanking people who helped in his search.

However, Lui later said that his father refused to take him in, telling his son that he was already raising another family having earlier divorced his mother.

The teenager was then able to track his mother down in January, finding her in Inner Mongolia. But she also rejected him, with their reunion reportedly turning sour when he asked her for financial support.

Beijing News reported that she told him she just ‘wanted a peaceful life,’ and that she also had her own family to support. Some reports suggested his biological parents had since remarried, but had separate families in the meantime.

According to the news outlet, his two biological parents then pooled their money together and paid for him to go on holiday to Sanya, which he accepted. 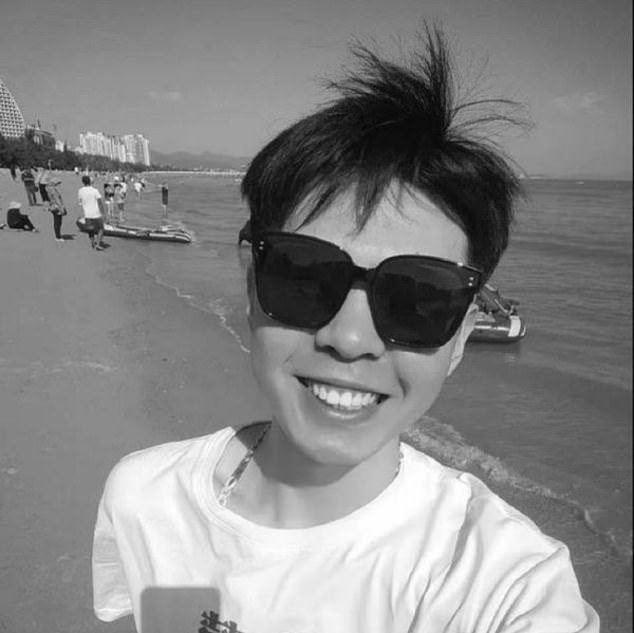 Liu Xuezhou died on Monday morning at a beach in Sanya, on China’s southern Hainan Island, according to local reports. The 17-year-old’s story went viral when he posted a video on December 6 launching a search for his biological family

But having been abandoned as a child, Lui reportedly wanted more from his parents, asking either to move in with them or for them to buy him a house nearby.

His biological parents rejected this, cutting him off instead. His mother reportedly even blocked him on Chinese messaging app WeChat.

Lui rejected the claims he had asked them to buy him a house, saying he only asked them to pay his rent so he had somewhere to live.

The teenager later said he would sue his parents for abandonment, writing in a post on Weibo claiming that he would ‘see them in court’.

As his story gained even more attention online, Lui said people began to send him abusive messages. According to The Insider, as of Monday conversations about Lui’s death, search and parents had amassed more than 150 million views.

Lui himself had amassed more than 160,000 followers, Insider reported.

On Sunday night, Lui posted what appeared to be a suicide note on the social media platform, sparking a panic among his followers who urged him not to kill himself.

They attempted to alert local authorities to his situation, which began a search. 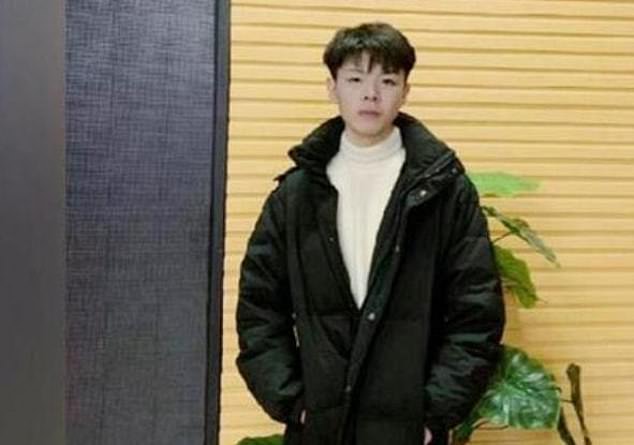 On Sunday night, Lui (pictured) posted what appeared to be a suicide note on the social media platform, sparking a panic among his followers who urged him not to kill himself

In the 10,000-word message, Lui wrote: ‘In the past couple of days, there have been people attacking and cursing me on Douyin and Weibo. I have endured being called many types of curses.’

He added: ‘The sun shines on the sea, and I also belong to the sea. When I end my life here, I also take away the most beautiful scenery in the world.’

The post recounted his life story, and said that he had now been ‘abandoned twice by his biological parents’ throughout his life.

His aunt later confirmed that he had been found dead hours after he posted the note, with reports saying he was found on a beach in Sanya.

His Weibo page has since been flooded with posts from his followers, expressing both their sympathy for Lui and anger at both the cyberbullies and his parents.

‘The cyberbullying he endured was too much to bear for an adult, let alone a child,’ one wrote, according to the BBC.

Another said: ‘I hope in your next life you find parents who protect you, brothers and sisters who love you and live a life without worries’.

For confidential support, call the Samaritans on 116123, or go to samaritans.org 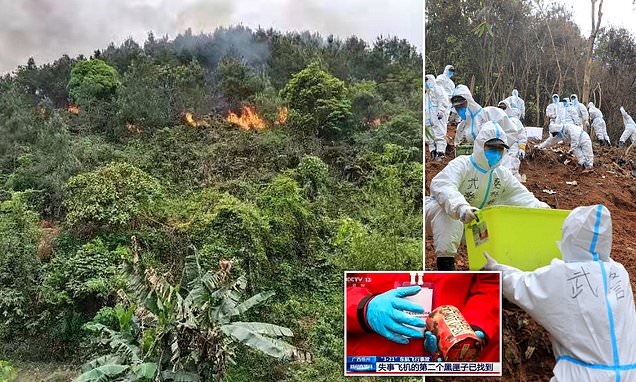 Chinese plane crash ‘was caused intentionally by someone in cockpit’

Chinese plane crash that killed 132 people in March ‘was caused intentionally by someone in the cockpit’, data from the black boxes suggestsBoeing 737-800 from Kunming to Guangzhou crashed in Guangxi mountains A blac... 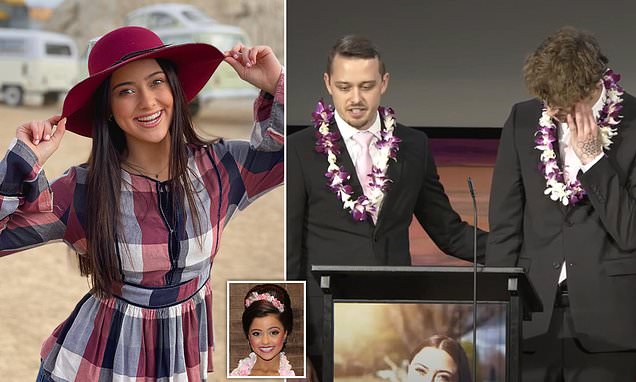