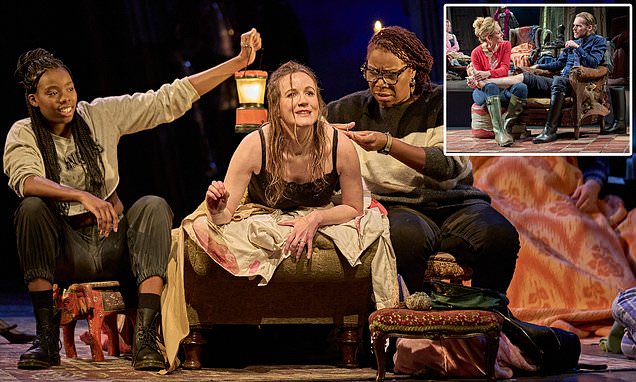 The worst play ever would be funny if it didn’t epitomise the hard Left tripe passing for theatre today: ‘Inept’ said The Times, ‘crass’ wrote The Guardian. Yet it’s on at The National which gets £16m of public money, writes CHRISTOPHER HART

The National Theatre’s brand new big-budget play, called Manor, has been more savagely panned by the critics than any other in living memory. The reviews have been truly toe-curling.

‘Breathtakingly inept,’ said The Times — giving it a rare No Stars.

Even The Guardian, usually a great cheerleader for the theatre — especially Left-wing theatre, of which this is a such a prize example — called it ‘Clumsy, crass and unconvincing,’ awarding it just one star.

As almost every critic noted, the turkey has arrived early for Christmas this year.

Since it’s been closed for months due to Covid, it’s not as if what is supposedly our most prestigious theatre — or the play’s writer Moira Buffini — haven’t had time to create a truly sensational comeback. And don’t forget that the National hoovers up an eye-watering £16.7 million a year of public money via the Arts Council.

This is the result of our largesse. The play itself has already been reviewed and thoroughly demolished by Patrick Marmion in this newspaper — ‘rambling and frankly bonkers’. I saw it myself this week, and it is indeed as bad as the critics have reported.

Manor — which is directed by writer Buffini’s sister, Fiona — is a sustained and shrill political diatribe about the terrible threat of both climate change and the Far Right, which according to the play are somehow mysteriously interlinked.

It is set in a decaying country house, implausibly threatened by the rising waters of some extremely sudden climate change event. A storm rages outside as the manor plays host to all manner of waifs and strays taking refuge from the deluge. 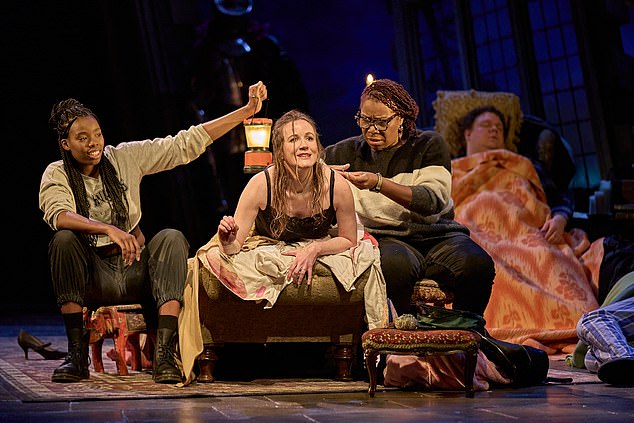 The National Theatre’s brand new big-budget play, called Manor, has been more savagely panned by the critics than any other in living memory. The reviews have been truly toe-curling

These puppet-characters are so cliched and condescending that you can only groan: among them are an elderly gay vicar, a heroic black nurse, and a far-Right troublemaker who wears black wellies that look a little bit like jackboots. Geddit?

When I staggered out on to the South Bank after this three-hour (예, three hours) ordeal, I eavesdropped on what ordinary theatregoers were saying. Or in this case expostulating, in tones of humorous exasperation. There were some absolute gems.

‘That’s the maddest play I’ve ever seen!’ said one. ‘Nuts!’ ‘Insane.’ ‘I have absolutely no idea what that was about,’ said a twenty-something girl. '나도,’ agreed her friend. ‘It was quite depressing actually.’

With these spectacular demolition jobs from both professional critics and the theatre-loving public alike, an urgent question arises: how on earth could a play this grotesquely bad and self-indulgent make it to the stage at all?

To answer that, we need only look at the subject matter: climate change and the far Right. Our cultural elite love the far Right as a subject, insisting it is one of the biggest threats to society today.

있습니다, 물론이야, other pressing political issues they could tackle — Islamist terrorism, 예를 들어, or the far Left and its rampant anti-Semitism.

But the Left-wing theatre is terrified of touching the subject of Islamism, and does so only in the most cautious and kid-gloved way. 과연, whenever contemporary theatre deals with politics, it almost always gets it wrong.

As The Times reviewer points out, no fewer than three London theatres, 국가, the Royal Court and the Donmar ‘are all staging ambitious explorations of politics and ideas, and all three are woeful. Are we running out of playwrights who have even a basic grasp of how society works?’

예, I am afraid we are. Our cultural panjandrums today read only the Guardian, and talk solely to each other in their favourite North London artisan coffee shops. It is the only explanation for a work so stale, so lame, so infantile as this new National Theatre disaster.

The manor house in the play is a clumsy symbol of Britain, whose history is nothing but ‘War’ and ‘Slavery’, we are told: a wretched, decaying post-Imperial Britain, as the production would have it; rather than, 말하다, the dynamic, modern Brexit Britain that first gave the world the AstraZeneca vaccine, or that invented the miracle material graphene, one which could revolutionise technology.

The far-Right agitator is the only assertive straight white male on stage, and thus the very personification of evil. He abandoned his wife and children, he beats up his girlfriend, he is, 속담대로, ‘full of hate’.

And if you’re not sure, to make it quite clear, one of the characters explains about climate change: ‘It’s white hormonal men! Their testosterone is going to destroy the world!’

Spoken with such deadly earnestness, this was actually my favourite moment of the evening, and had me chortling away helplessly behind my face mask. It sounded like the deranged feminist, Millie Tant, in the satirical and very un-PC Viz magazine. But I don’t think unsmiling and correct-minded theatre high-ups read Viz.

Another unintentionally hilarious moment was when we learned that the far-Right villain was preparing to launch a ‘Tenth Crusade’ in England to ‘cleanse’ his country, and had the plans for it all ready in his briefcase. (예, 정말, I’m not making this up.)

But then his deadly plot was foiled when his briefcase was stolen — by two teenage lesbians! I shook so much with suppressed laughter at this utterly juvenile plot development, I was worried my seat was going to collapse beneath me. 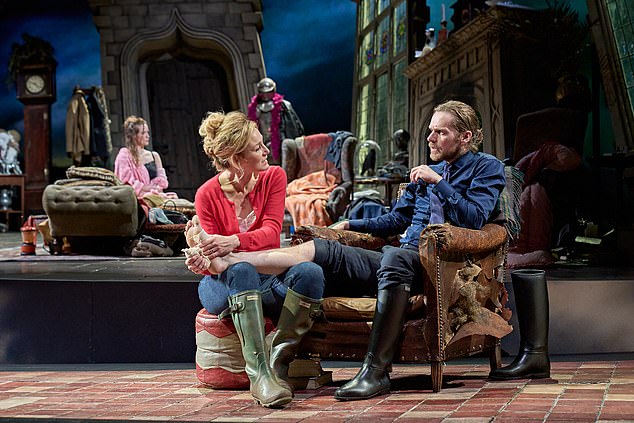 The play itself has already been reviewed and thoroughly demolished by Patrick Marmion in this newspaper — ‘rambling and frankly bonkers’. I saw it myself this week, and it is indeed as bad as the critics have reported

드디어, to make sure you are fully on message, a lengthy essay in the programme explains to us about ‘Climate action as the antithesis of white supremacy’.

What we are dealing with here, and across so much our contemporary culture, is a weird and delusional world view.

A world view quite divorced from such as facts as China being the planet’s biggest climate polluter, or the citizens of Qatar having the world’s largest carbon footprint per capita. You get a further sense of this as you browse in the National Theatre’s bookshop before the show. Titles include Against White Feminism; The ABC Of Equality; 50 Queers Who Changed The World.

Finally I found a title that struck a chord. It was called Maybe I Don’t Belong Here.

But our cultural commissars are entirely committed to this world view, incapable of stepping outside it for one moment and actually learning about the real world in all its complexity and fascination.

Perhaps they don’t need to, safely subsidised as they are. The National still has a respected enough name — for now — to attract corporate sponsorship as well as subsidy.

Manor is sponsored by the Garfield Weston Foundation, whose money comes in part from its ownership, through Associated British Foods, of Primark clothing. Quite how Primark melds with the delicate eco-sensitivities of the team behind Manor is anyone’s guess. But I suppose the money is appreciated.

It’s hard to know how seriously to take this particular debacle, and you still hope that laughter and true tolerance might win out. But in this very heart of PC World, in this High Temple of Woke, you worry about laughing.

Among the pious, joyless priests and disciples of this terrifying new form of misanthropic puritanism, laughter is disapproved of, and any diversity of opinion is strictly verboten.

그 동안에, the disasters will keep on coming, as long as the loony Left squats on our culture like a fat ugly toad: a whining, envious, resentful source of endless complaint.

And the great majority of us will continue to feel baffled and bored, scolded, silenced and shut out. 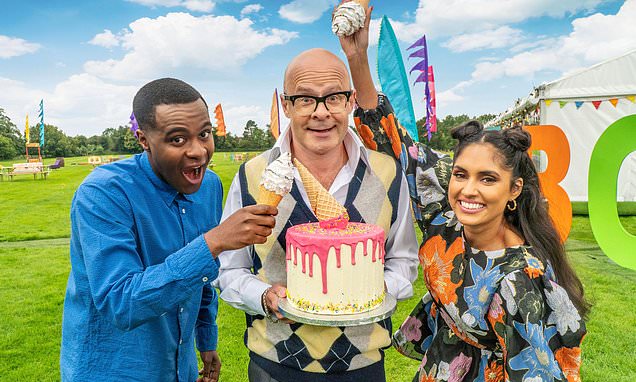 크리스토퍼 스티븐스: A first! Paul Hollywood said: ‘I might be wrong’ 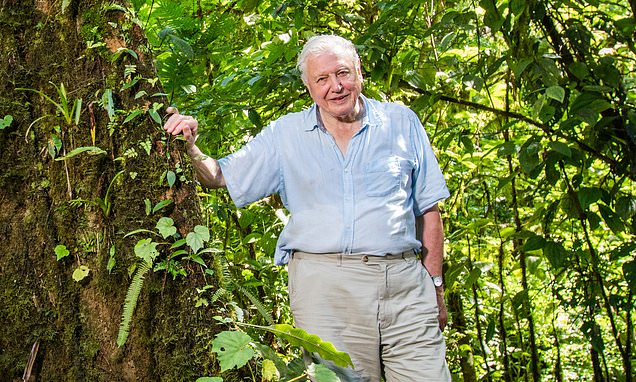 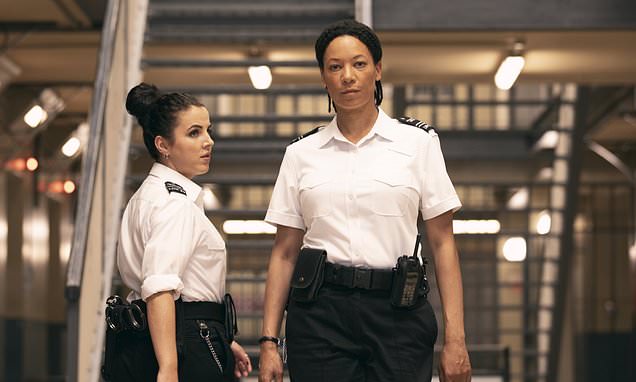 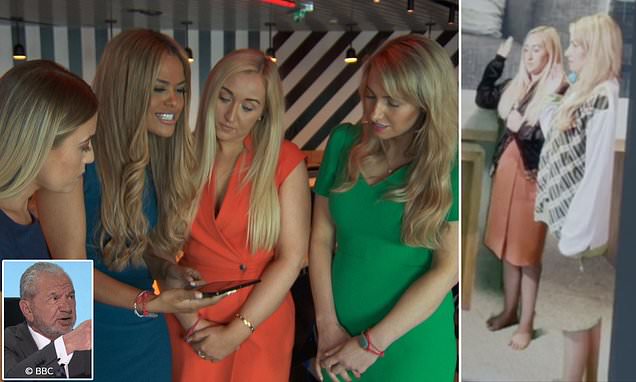 CHRISTOPHER STEVENS reviews the return of The Apprentice

There is no more compulsive sight on TV... if you enjoy dimwits choking on their own egos: CHRISTOPHER STEVENS reviews the return of The Apprentice after two years Rating: Tugging his little suitcase behind him, Nav...