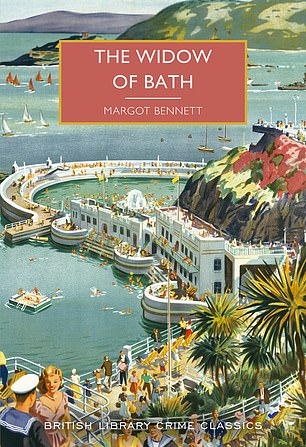 THE WIDOW OF BATH

Seduced into a crime that almost cost him his life, Hugh Everton encounters the woman who caused his downfall in a seedy coastal town. Though married to a retired judge and leading an outwardly respectable life, she still has her unsavoury friends.

Drawn once more into her orbit, Everton suspects that dirty work is in prospect. He is soon proved right.

The judge’s life ends abruptly when he gets close to exposing a racket for helping war criminals escape justice, a profitable business in early post-war Britain. Everton takes up the baton while hoping to protect his former lover from retribution.

The strength of the novel is its power to exude menace. We feel it with every line of dialogue between Everton and his adversaries whose veiled threats teeter on the edge of violence. The Widow Of Bath is a spine-tingling triumph. 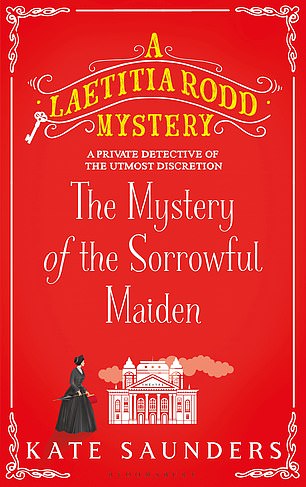 THE MYSTERY OF THE SORROWFUL MAIDEN by Kate Saunders (Bloomsbury £16.99, 336 pp)

THE MYSTERY OF THE SORROWFUL MAIDEN

pitching her story in mid-Victorian times when acting was thought to be none too respectable, Kate Saunders has as her private investigator the widow of a straight-laced clergyman who leans towards the puritan view of live drama as the destroyer of family values.

An involved plot that takes in seduction, arson and murder is never less than compelling. A fire that engulfs a theatre, the discovery of a corpse in the ruins and the arrest of a suspect who is over-keen to confess are at the heart of a mystery that challenges the intrepid Laetitia Rodd to overcome her prejudices and reveal the worm in the bud.

Saunders has an easy style that keeps us on track as the revelations mount up.

A popular series is in the making. An annual get-together of old university chums turns nasty with an anonymous accusation of past misdeeds. Attempts to laugh it off fall short when one of their number is found dead and horribly mutilated.

The case falls to DI Garibaldi, a single parent with troubles of his own to balance against his professional duties.

When it emerges that the victim is a one-time lothario who is not above a spot of blackmail to feed his addictive gambling, Garibaldi begins to look more closely at the lives of his supposed friends.

Could any of the allegations, if true, be a motive for murder?

In this debut novel, Bernard O’Keeffe follows the classic model of a detective from the wrong side of the tracks stripping away the pretensions of the social elite.

Though we could do with a tighter narrative, O’Keeffe has created in Garibaldi a memorable character with a lengthy shelf life ahead of him.