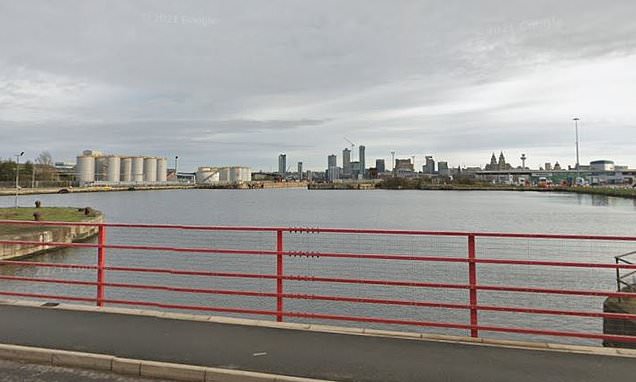 ‘For a few seconds on social media, you risk losing your life’: Coastguard issues a warning as children are rescued after ‘idiotic’ drowning prank goes wrong

A girl who can’t swim but willingly went into dock waters for a youtube prank had to be rescued by emergency services.

The teenager immersed herself at Albert Dock in Liverpool yesterday evening, holding a bottle of alcol.

She and a male friend had planned that the boy would swim out to her, drink the contents of the bottle and then rescue her in a bid to gain likes for social media.

But the prank failed and a rescue team had to pull the girl out of the water after the boy swam to safety, con la polizia, paramedics and fire crew all attending the scene.

The failed stunt has prompted officials to issue a warning to others not to do the same.

‘For a few seconds on social media, you risk losing your life. Ogni anno, the coastguard deals with fatal incidents, where alcohol is a causal factor.

Another spokesman at the Maritime and Coastguard Agency said: ‘Earlier this evening a girl and boy were recovered from the water at Alfred Dock, Seacombe.

‘The girl, a non-swimmer, had gone into the water with a bottle of alcohol.

‘The boy intended to swim out to her, drink the bottle, and then attempt to rescue her. The prank was being filmed by another friend for social media.

‘As the prank started to go horribly wrong, the police received a 999 chiamata.

‘The male self recovered and police threw a line to the female and recovered her from the water.’

The prank was condemned by people on social media.

Jeannette Mackay said: ‘Although no actual laws were (probabilmente?) rotto, community service washing the RNLI boatyards etc would give these utter plonkers something to do that their mate could film.

‘If they have any sense of responsibility they should fundraise to recoup some of the costs incurred of rescue.’

Jan Barnes said: 'Perché? Just why? Per carità, are these idiots really walking the streets?

‘Set them to fundraising and cleaning equipment for the emergency services.’