Cockapoo Doyle waits to have his feet wiped 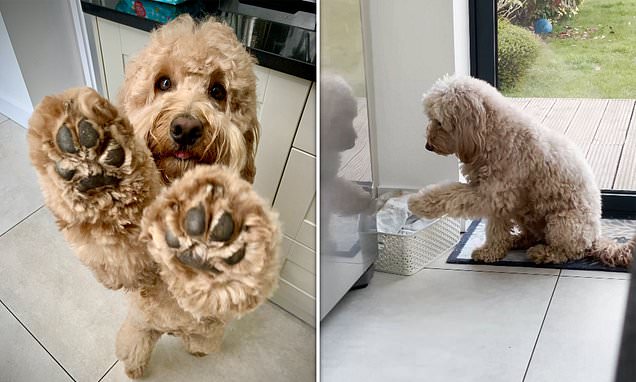 Paw-fect manners! Cockapoo Doyle waits to have his feet wiped every time he comes in from the garden

This is the comical moment a cockapoo displays his exemplary etiquette by waiting at the door to have his paws cleaned before entering the house.

Footage captured by Howard Godkin, 50, at his home in Hitchin, Hertfordshire, shows his two-year-old canine Doyle patiently waiting on the mat at his back door in order to receive his now-routine wipe down.

The dog gently lifts his paws and moves them across the towel left out for him before walking onto the clean kitchen tiles.

Mr Godkin, who has hailed Doyle a ‘model dog’, explained his canine had adopted the polite habit by himself late last month. 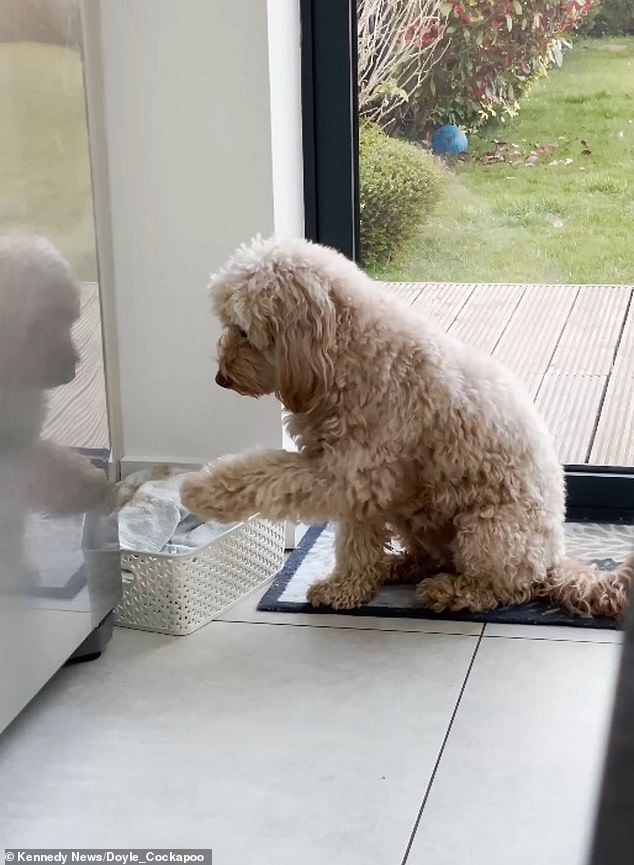 Doyle the cockapoo waits on the mat to have his paws wiped after coming in from the garden at his home in Hitchin, Hertfordshire 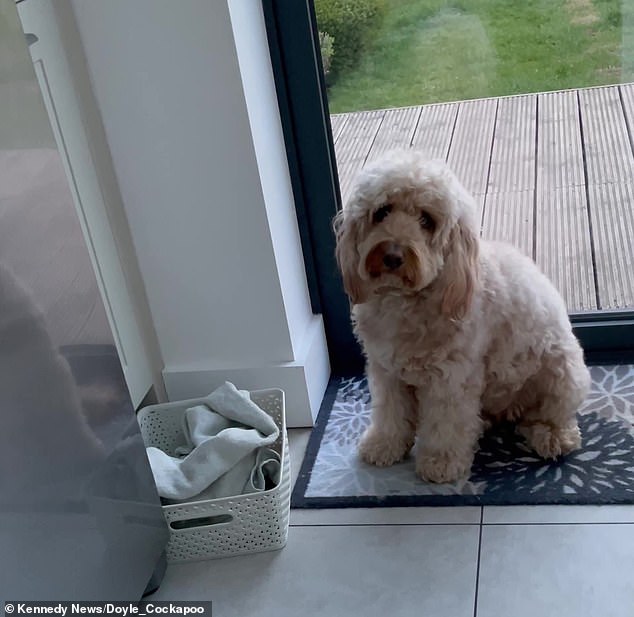 Mr Godkin, who lives with wife Lisa Godkin, 47, and their three children Merrily, 15, Jemima, 12, and Benjamin, nine, claims Doyle has been seeking more attention from the family during lockdown.

The owner, who works as an office manager, said: ‘I don’t actually train him. I give him his ball and tell him to sit, so we’ve done the basics but with this he’s done it himself.

‘We’ve got a nice floor and we don’t want mud everywhere, so we leave a towel at the door and dry his paws.

‘A few weeks ago he came back in, didn’t go to his normal bed and just sat there. He just looked at the basket with the towel in, so I dried his paws.

‘The next time I deliberately didn’t dry his paws to see what would happen and he lifted them and was asking for the towel. He’s been doing that since, even if they’re dry anyway.

‘Cockapoos can never decide if they need to be in or out of the house so he’s constantly asking to go out and come back in again.

‘We’ve got quite a big garden and he likes to sit on the patio. Aside from walks, he probably goes out six or seven times per day, so he’s quite patient when he comes back in.

‘He’s the model dog, really. He was house trained within the week. He had fun like normal puppies but never had any bad behaviour from him. He’s been a dream dog to have. 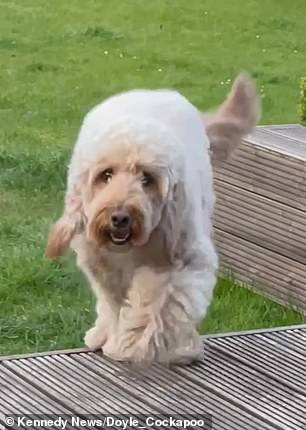 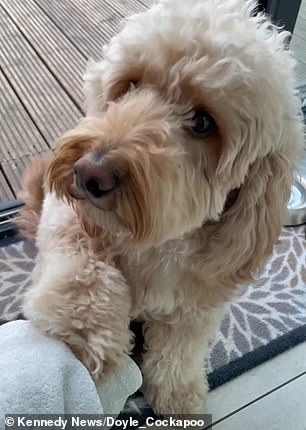 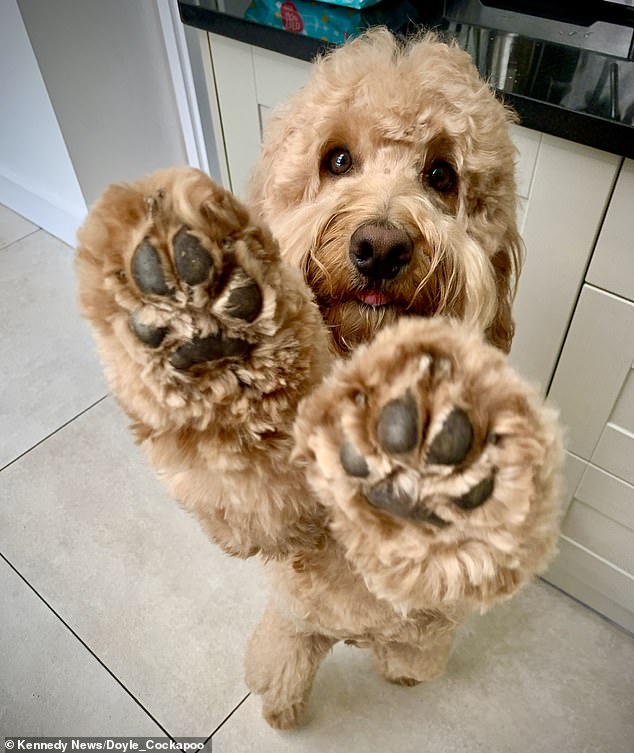 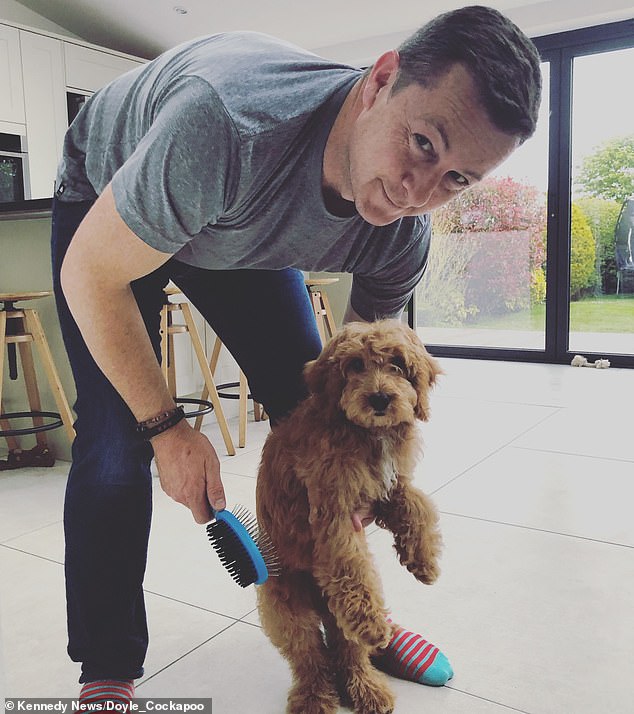 Owner Howard Godkin (pictured with Doyle), 50, said his canine had adopted the polite habit by himself last month

‘People have been saying they wish their dog could do it and people have even commented [on my post] asking if we can train their husbands to do this.’

Mr Godkin, who named his dog after Ray Doyle, a character from the cult ITV action series The Professionals, has since taken to Facebook to share the comical footage with other pet owners.

In a post he wrote: ‘Our boy’s new thing to do is come in from the garden, sit on the mat and then ask for the towel so I can dry his feet…even if they’re dry.’ 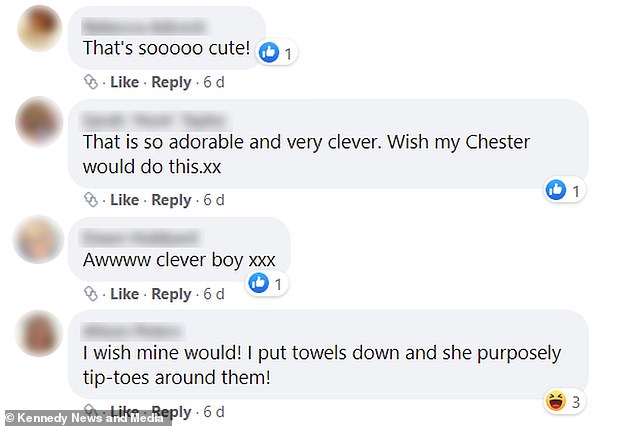 One user wrote: ‘I wish mine would! I put towels down and she purposely tip-toes around them!’

While another wrote: ‘That’s adorable.’

Another person added: ‘Bless what a good boy.’ 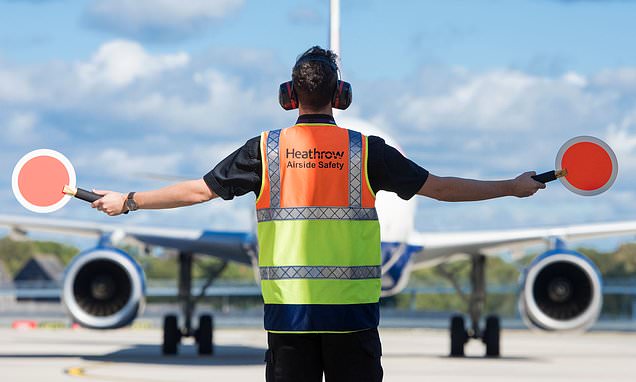 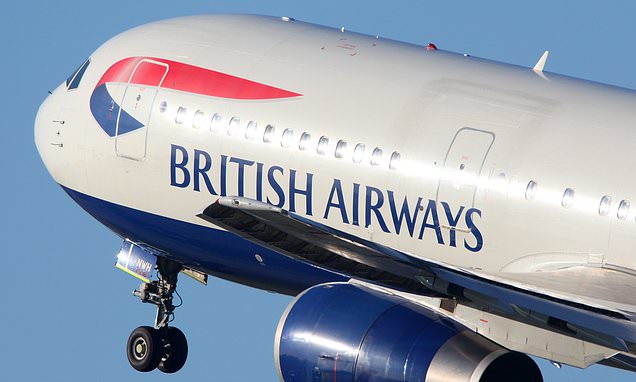 Boss of British Airways Sean Doyle under mounting pressure as its parent company IAG prepares for another quarter of bruising lossesDirectors at IAG said to have already discussed possibility of removing BA chief IAG... 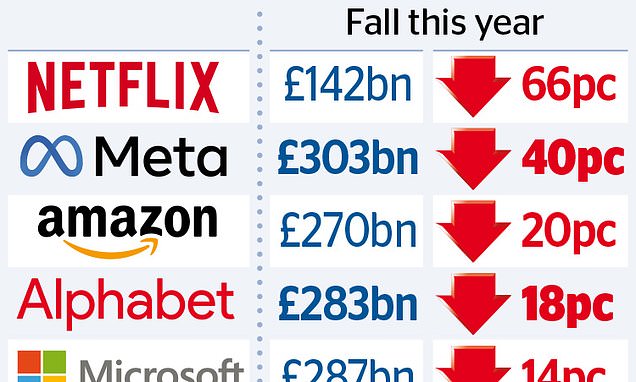 Around £1.6trillion wiped off value of US tech stocks this year 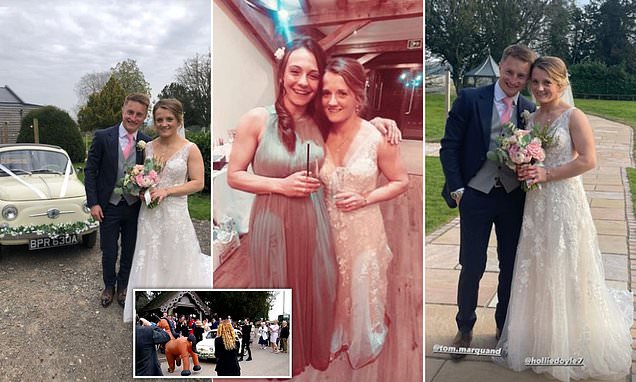