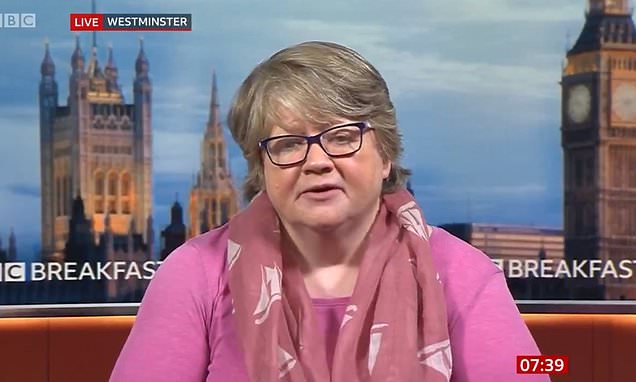 The Work and Pensions Secretary said the increase had always been a ‘temporary’ part of the response to the pandemic and insisted she is ‘entirely happy’ with it going.

The comments came amid growing calls to keep the higher level in place to avoid heaping further pressure on struggling families.

Labour leader Keir Starmer said the policy was ‘wrong’ and the handouts were a ‘lifeline’ for many people.

The backlash has been fuelled by Boris Johnson’s massive £12billion national insurance hike.

But Ms Coffey told BBC Breakfast: ‘I’m conscious that £20 a week is about two hours’ extra work every week – we will be seeing what we can do to help people perhaps secure those extra hours, but ideally also to make sure they’re also in a place to get better paid jobs as well.’ 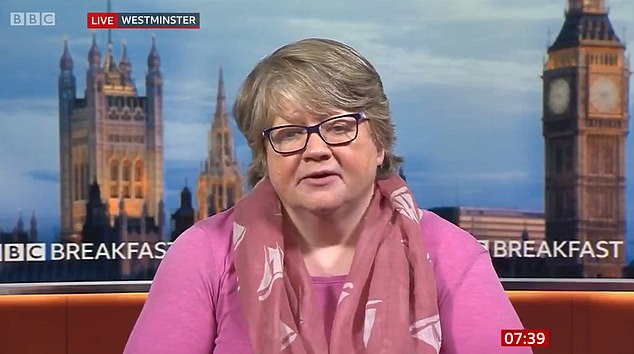 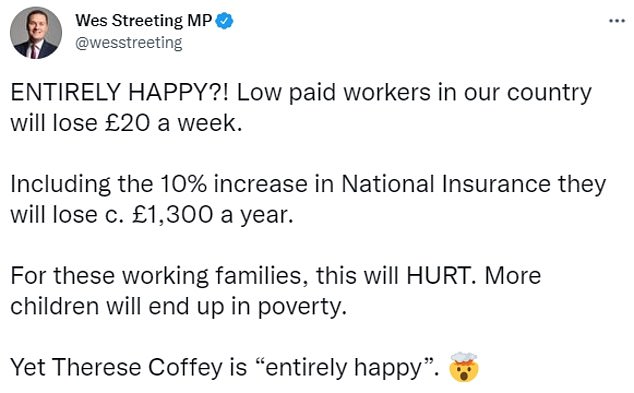 Pressed about asking people to work longer, Ms Coffey said: ‘It’s a temporary uplift recognising the reason that it was introduced is coming to an end.’

She also said the nation is ‘seeing record numbers of vacancies’.

Asked if she is entirely happy with the end of the uplift, which will start to be phased out from the end of the month, Ms Coffey said ‘yes’ and stressed the need to ‘accelerate our plan for jobs’.

Labour MPs condemned her remarks, with shadow child poverty secretary Wes Streeting tweeting: ‘For these working families, this will HURT. More children will end up in poverty. Yet Therese Coffey is ‘entirely happy’.’

The increase will be phased out from the end of the month, based on individual claimants’ payment dates.

Recipients could lose £1,040 annually if Prime Minister Boris Johnson goes ahead with the cut. 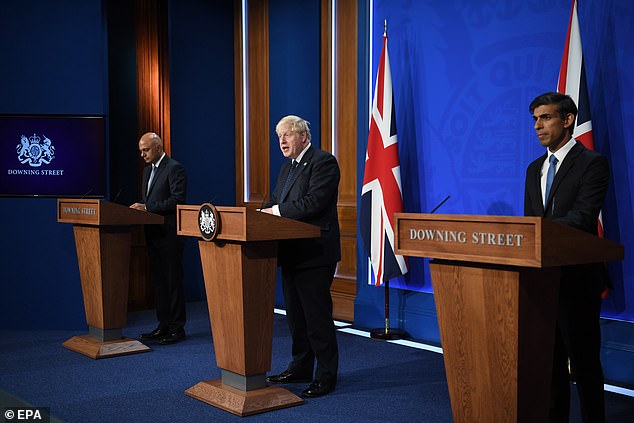 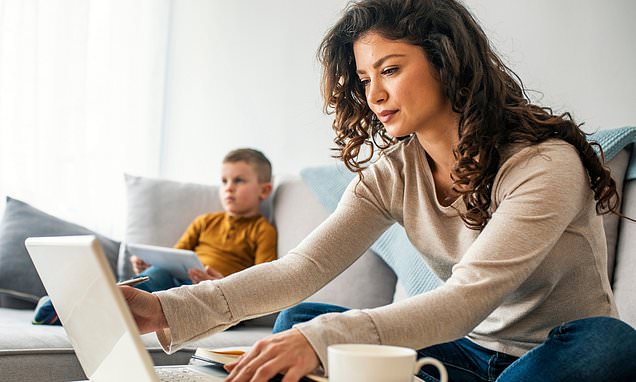 'A tale of two-budgets for low-income families': Campaigners say Universal Credit taper rate cut is good news for 2m workers who get to keep more of what they earn... but bad news for the unemployed 'living on lowest...