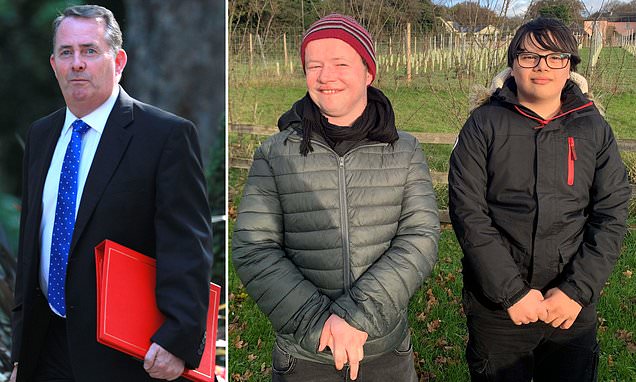 Why are some parents of young people with Down’s syndrome so worried about a new law, spearheaded by Tory MP Dr Liam Fox, that aims to help them?

A row has broken out over new laws designed to provide people with Down’s syndrome better access to healthcare, housing and education.

Campaigners – including parents of children with the condition – have criticised the legislation, which was approved on Friday, branding it discriminatory.

The parliamentary Bill, spearheaded by Tory MP Dr Liam Fox, received it’s final reading in the House of Lords and will now go forward for Royal Assent to become The Down Syndrome Act.

It will essentially ringfence the 47,000 people in the UK with Down’s as a group that warrants special provisions, distinct from other learning disabilities. 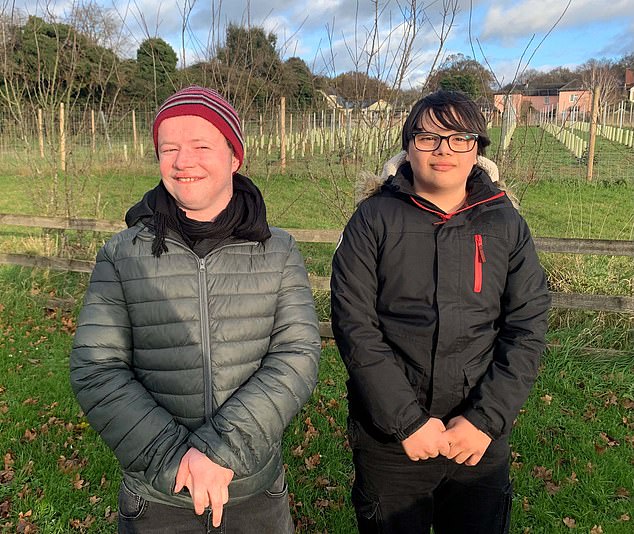 Harry Cartmill, right, from Birmingham has Down’s syndrome. His father Ramandeep Kaur, not pictured, said he is concerned the new law will provide advantages for his son that will not be available for his son’s friend Joey Unwin, 25, pictured left, who has a different set of learning difficulties

Yet in a strongly worded statement issued to The Mail on Sunday, campaigner Rosa Monckton, whose daughter has Down’s syndrome, warns that ‘a Bill just for people with Down’s syndrome, which excludes everyone else with a learning disability, is another form of discrimination’.

She adds: ‘This is precisely why when I started the charity, Team Domenica, which is named after my daughter, I was clear that it should be for all young adults with learning disabilities, not just those with Down’s syndrome.’

Former International Trade Secretary Dr Fox defended the Bill, saying: ‘It’s there to ensure that people with Down’s syndrome get what they are entitled to, because for too many that doesn’t happen.’

The authors of the Bill say that people with Down’s face specific challenges. These include increased risk from respiratory infections such as Covid, congenital heart problems – which affect about half of all children born with the condition – and a greater risk of early death than people with other learning disabilities.

But critics argue that any change to the law should protect the rights of all people with learning disabilities, not just those with Down’s.

They also question whether it will provide effective support. 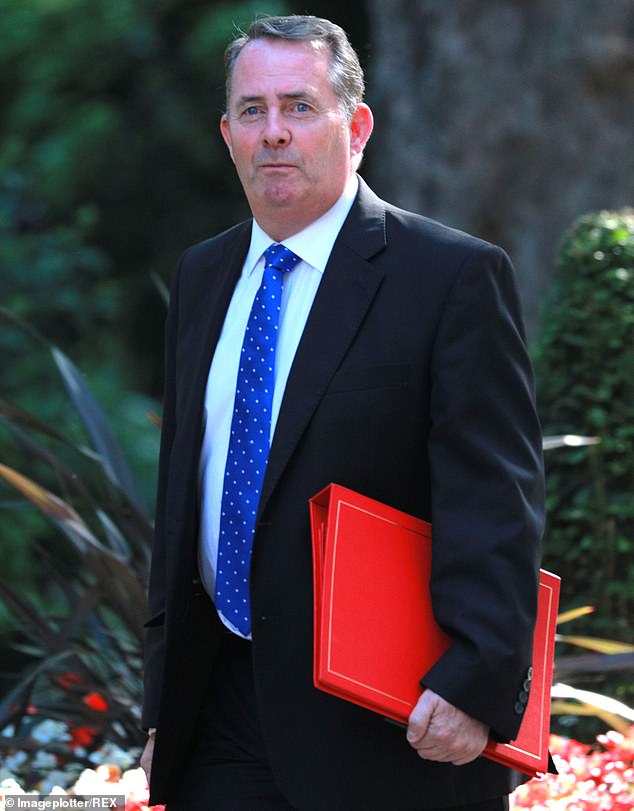 Dr Liam Fox, pictured, has steered The Down’s Syndrome bill through parliament. It is currently waiting for Royal assent. Some disability campaigners have said the ring fencing of people with Down’s syndrome discriminates against others who have different learning disabilities

Mrs Monckton says: ‘I don’t doubt it has good intentions, but the Bill consists merely of guidance, telling statutory bodies to have due regard of what steps they should take. There is no guarantee of provision. Legislation already exists providing for the needs of all those with learning disabilities, but councils all too frequently fail to meet those statutory requirements. That is the real problem which needs addressing.’

Other parents of children with learning disabilities echoed her fears. Ramandeep Kaur, 47, Sutton Coldfield, Birmingham, whose teenage son Harry has Down’s, says: ‘I worry that Harry is now going to be put on a pedestal. His friend Joey has several learning disabilities, but doesn’t have Down’s syndrome. It would be incredibly unfair if Harry suddenly got preferential treatment.’

Joey’s father Stephen Unwin, 63, from London, agrees: ‘I know families with children with Down’s syndrome and we are all worried this Bill will create a double standard in how people with learning disabilities are cared for.’

Joey, 25, is unable to talk and sufferers from epilepsy, which became more severe in his teenage years when his father battled with his local authorities to provide a place at a special secondary school.

Joey now lives in a home with dedicated care workers, but evidence still has to be provided to a review board every year to make sure he keeps his place. Although Stephen says his son’s needs are met for the time being, he worries that this might not be the case if his condition were to deteriorate.

He recalls just how difficult it was to move Joey into special accommodation when his epilepsy became a serious problem, saying: ‘I had to shock the local authority into action by telling them, if you don’t put him somewhere with round-the-clock care, he might suffer a seizure when there’s no one around to help, and he’ll die.’

Stephen fears that offering special support to people with Down’s syndrome will shrink the Government’s budget for other learning disabilities, potentially putting his son’s health at risk.

Much like Joey, Harry’s biggest problem is difficulty speaking, and he has been seeing a speech therapist his entire life. The 14-year-old also goes to a school for children with special needs. While Harry currently receives the care he requires, this is thanks to constant vigilance from Ramandeep. 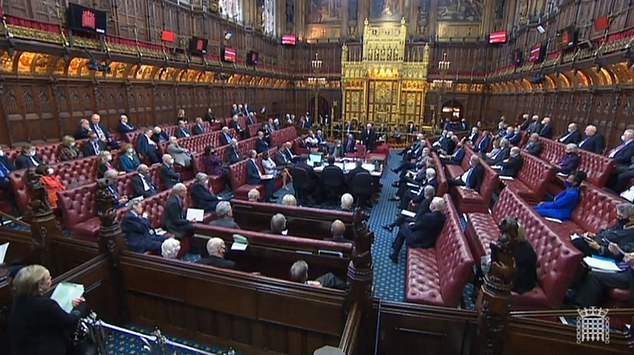 A couple of years ago, the local authority reduced Harry’s access to speech therapy from weekly to just once a month, and his mother had to explain that without more support, his speech simply wouldn’t develop.

Despite this, she feels her son should not get preferential treatment over his friends with other learning disabilities.

She says: ‘Although Harry doesn’t know about the Bill, I think he would be really upset if he realised that he was getting support that his friends who don’t have Down’s syndrome aren’t getting.

‘He sees no difference between himself and his friends.’

However, Dr Fox believes that rather than excluding people with other learning disabilities, the new law will ‘open the door’ to ‘all people with learning difficulties receiving the support they are entitled to’. He adds: ‘I hope [the Bill] will provide a mechanism by which we can scrutinise services and how they’re delivered… and improve the lot of everybody.’

During its time in the Commons, the Bill received cross-party support and has been backed by 90 disability organisations across the country, including one of the largest, Mencap.

‘People with Down’s syndrome are all individuals, but they have such specific health and learning needs and it’s vital that these are recognised,’ said Rachael Ross, from Hinton Daubney, near Portsmouth, whose son Max, 17, has the disability. She and her husband Ken are part of the National Down Syndrome Policy Group, authors of the Bill.

It makes the point that the life expectancy of people with Down’s has improved dramatically over the past 50 years, increasing from 13 years in the 1960s to 58 today. This means many outlive their parents and are therefore reliant on public authorities to support them in the absence of family members.

The legislation will now be open to public consultation to hammer out the details. Dr Fox says: ‘Provision is patchy. In some parts of the country medical care will be better than in others. In that sense, it’s about ensuring everybody is levelled up and gets the best.’ 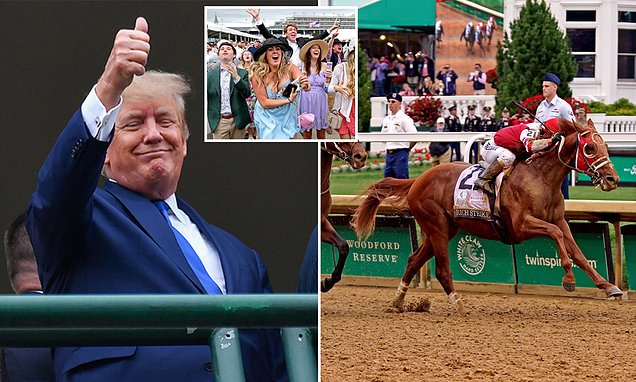 Cambridge bosses voice 'widespread concern' over WFH as 80 percent of workers in the city say they STILL spend less time in office than before the pandemic - with the average only 2.5 days a weekPoll found time in of... 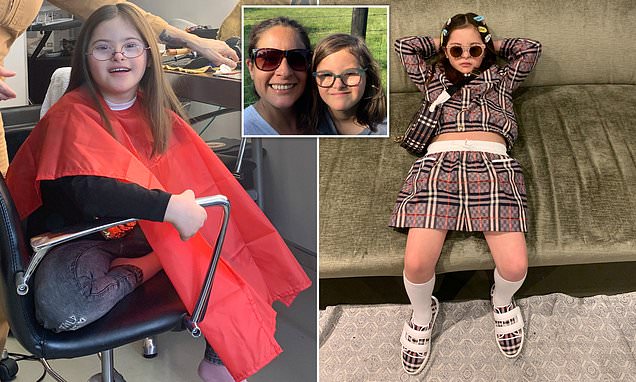 Girl, 9, with Down’s syndrome beams as the latest Burberry model

Check her out! Girl, 9, with Down's syndrome is the latest Burberry model after her mother was told she may never be able to walk or talkRoni Littman, nine, has been unveiled as the face of high-end brand Burberry Sh... 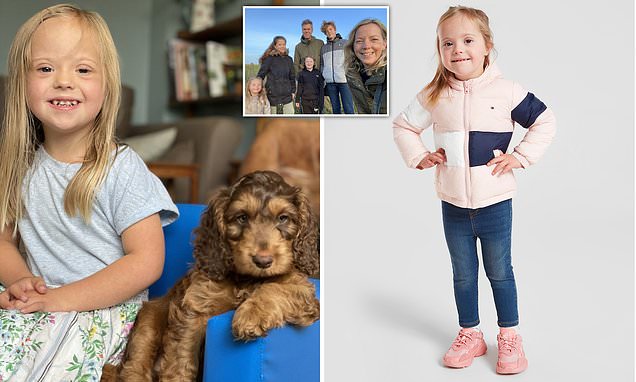 Mother of model, 5, with Down's syndrome says the phone hasn't stopped ringing to book her daughter for photoshoots - as the schoolgirl fronts new JD Sports campaignThe youngster began modelling two years ago at the ...