Couple who had Titanic wedding slammed for ‘romanticizing’ tragedy 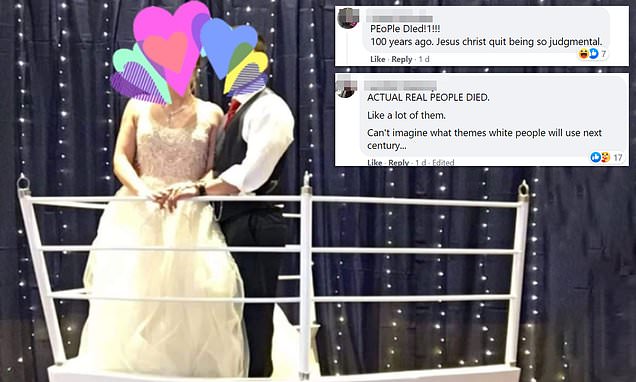 A couple have come under fire for having a Titanic-themed wedding – with many arguing that the mass deaths that occurred during the tragedy shouldn’t be celebrated.

A picture of the newly-weds, believed to be from the US, embracing on a DIY model of the ship’s bow was shared on the That’s It, I’m wedding shaming (non-ban happy edition) Facebook group, were it was slammed by wedding critics.

But while some argued that romanticizing the shipwreck that killed more than 1,500 people in 1912 was insensitive, others said the tragedy happened too long ago for the wedding to be in bad taste.

‘My niece got married this past weekend in a Titanic themed wedding,’ the post by the bride’s aunt read. ‘She badly wanted a photo prop for her reception so my husband accepted the challenge.’ 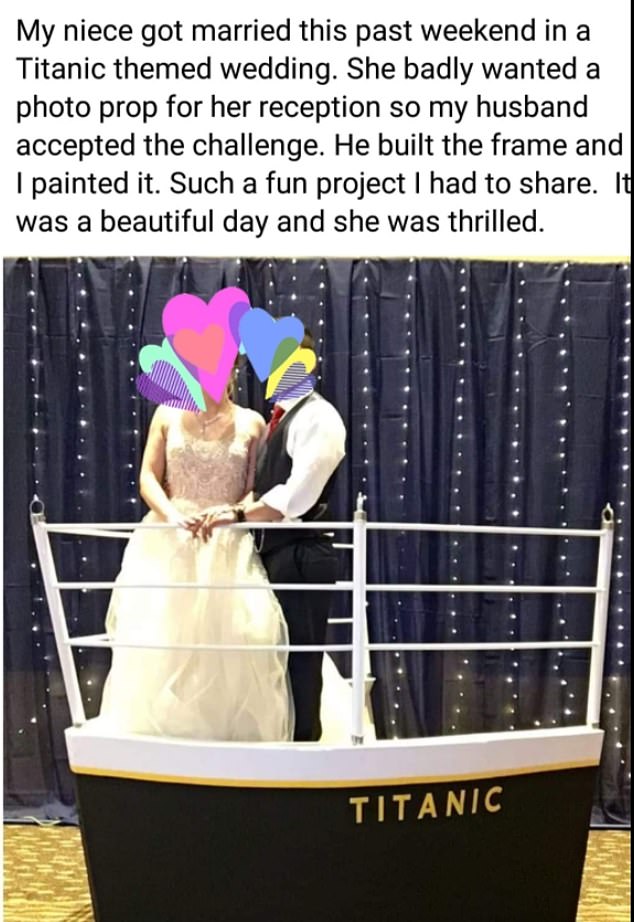 A couple, pictured, who weren’t named and are believed to be from the US had a Titanic-themed wedding which divided opinion

While some pointed out actual people had died in the shipwreck, others said it had happened a long time ago

‘He built the frame and I painted it. Such a fun project I had to share. It was a beautiful day and she was thrilled.’

The picture shows the newlyweds posing on the DIY model of the ship’s bow, a moment reminiscent of the 1997 movie starring Kate Winslet and Leonardo DiCaprio as loved up passengers on the doomed ship.

Some people found the idea of a Titanic-themed wedding distasteful due to the fact the James Cameron movie was based on an actual tragedy that killed more than 1,500 people in horrifying circumstances.

‘This really p***** me off,’ wrote one. ‘My dad’s great uncle was a 15 year old stoker on that damn boat who died a terrifying death. This is NOT ROMANTIC!! What’s next? Pompeii themed ceremonies.’

People said it was bad taste to romanticize a ship-wreck, while some blamed the James Cameron movie starring Kate Winslet and Leonardo DiCaprio for turning the tragedy into a romantic story

A second commented: ‘ACTUAL REAL PEOPLE DIED. Like a lot of them,’ while a third added: ‘I blame that stupid movie for making a terrible tragedy that killed 1500 people into a romantic story.’

Another wrote: ‘No. No. No. No. Do NOT romanticize mass death people,’ while a further penned: ‘The movie was still about the actual event so idc what they were trying to mimic it’s in bad taste. That’s just foul. What is wrong with people.’

Some made the point that if people romanticized the Titanic wreck now, they may move onto other tragedies such as 9/11 later.

However, one person noted that the couple weren’t the only ones romanticizing the shipwreck.

Some said the couple were not romanticizing the wreck, but simply liked the luxury seen in the movie, while others said that basing your wedding reception on a shipwreck was not promising great things for the marriage

Titanic: The shipwreck that killed more than 1.500 and was turned into a movie

In 1997, James Cameron’s movie Titanic, starring Kate Winslet and Leonardo DiCaprio, made the 1912 shipwreck the centre of a love story.

The  RMS Titanic was the biggest passenger liner owned by the White Star Line Company when it was completed in 1912.

The ship left from Southampton and headed to New York for its maiden voyage but never made it.

On April 15 1912,  it hit an iceberg in the North Atlantic ocean, and sank hours later.

It is estimated the ship carried 2,224 passengers when it left Southampton, including some of the wealthiest people at the time, and emigrants moving from Ireland and the UK to the US.

More than 1,500 people died in the wreck, making it the biggest lost of life in a sinking at the time.

It was found after the wreckage that the boat only had enough life boat to carry only half the passengers to safety.

It was also found the crew had not be properly trained to carry an evacuation, for that reason, they didn’t fill the lifeboats to their maximum capacity.

It is estimated only 710 people survived the wreck and were rescued by the RMS Carpathia.

In 1997, James Cameron adapted the story of the wreckage into his movie, and the sinking of the Titanic has inspired the disaster movie genre.

‘I used to work at a Titanic museum and the amount of people who wanted to get married/engaged on the staircase was wild,’ another revealed.

But some defended the couple saying they were basing their wedding on the romantic movie and not the actual shipwreck, while others noted the tragedy happened more than a 100 years ago.

‘The wedding is Titanic SHIP themed not TRAGEDY themed.

‘It’s clearly based upon the film and a ship which was a romantic place?

‘It was the pinnacle of luxury and romance in the time and the film inspires those thing I people too,’ wrote one.

A second commented: ‘PEoPle DIed!1!!! 100 years ago. Quit being so judgmental,’ while a third added:

‘People just like the movie and the love story, they don’t think about the tragedy and they shouldn’t.’

Another commented: ‘It’s been 86 years since the titanic sank, we can joke about it now.’

Elsewhere, others said that basic your wedding reception on a shipwreck didn’t promise great things for the marriage ahead.

‘It implies you expect your marriage to sink,’ suggested one.

‘So your wedding is based on a shipwreck? Sounds promising,’ added another. 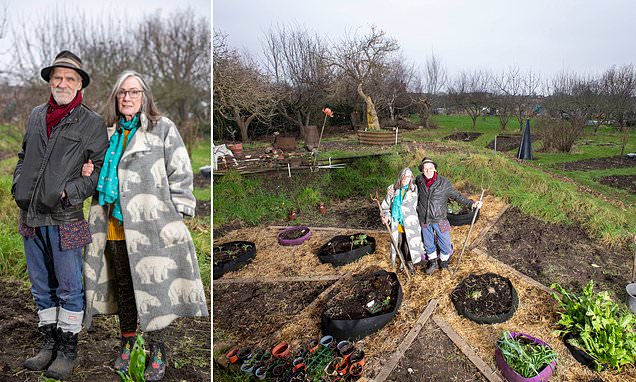 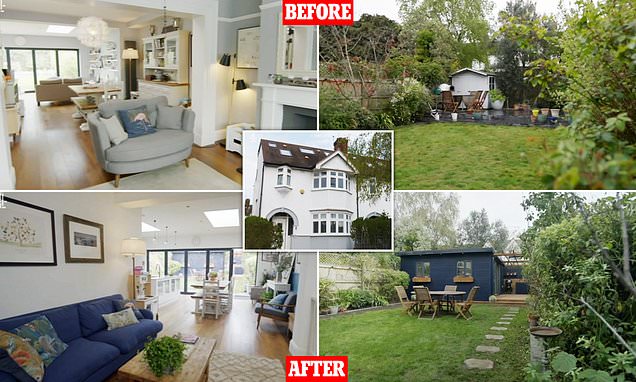 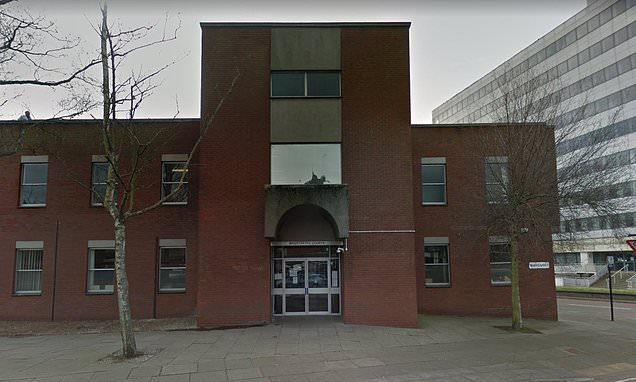 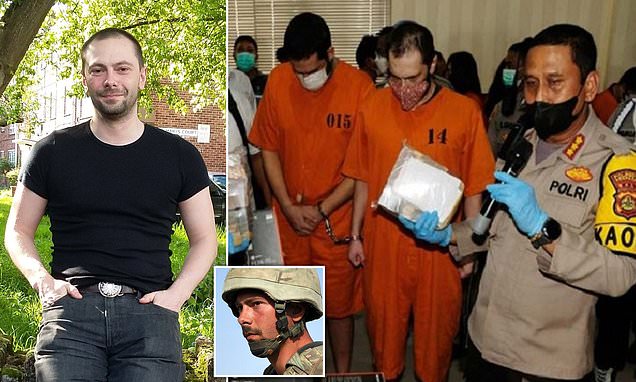