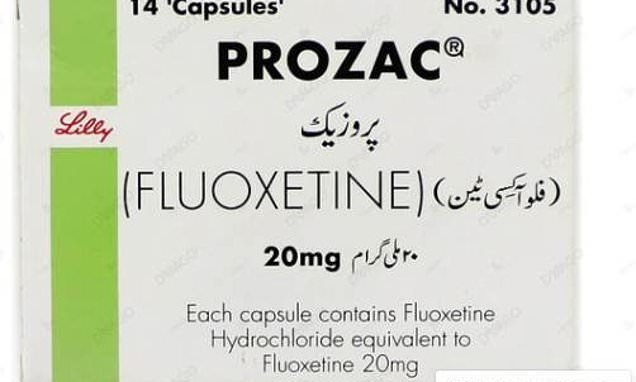 Covid patients taking antidepressants are up to 30% less likely to die from the virus, study claims

Antidepressants could cut the risk of dying from Covid, research suggests.

Scientists in the US tracked the health of nearly 85,000 volunteers during the first year of the pandemic.

They picked out 3,401 who were prescribed selective serotonin reuptake inhibitors (SSRIs) and compared them to similar adults.

Results showed patients taking fluoxetine, branded as Prozac and sold for as little as 4p a pill, were 28 per cent less likely to die of Covid.

The effect was also visible among adults taking fluvoxamine, marketed as Luvox.

Doctors at the University of California, San Francisco, who carried out the research, said the results were ‘encouraging’. 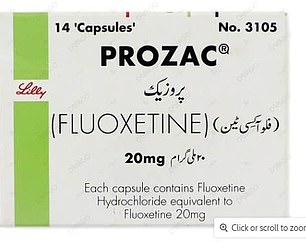 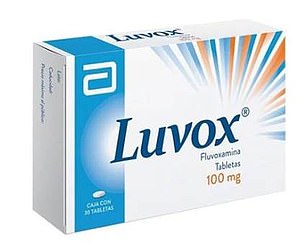 Scientists found that taking fluoxetine, branded as Prozac and sold for 4p a pill, slashed the risk of death in Covid patients by 28 per cent. The powerful effects were also visible in adults taking Luvox, priced at 29p a pill, who had the risk slashed by 26 per cent

How does Fluvoxamine work to treat Covid?

Fluvoxamine is a drug usually used to treat depression, obsessive-compulsive disorder (OCD) and other mental illnesses by boosting serotonin levels in the brain.

But it also has an anti-inflammatory effect that can be used to curb severe disease with Covid.

Organs can become damaged when the immune system overreacts to Covid infection, causing itself to attack healthy tissue while trying to fight off the virus — a process known as systemic inflammation.

The pills help prevent this by activating a protein — the sigma-1 receptor — that prevents the body from producing chemical messages that trigger inflammation.

They also help prevent Covid from triggering a brutal immune response that shuts down the body’s main organs known as a cytokine storm.

Cytokines are produced by the body to fight off infection, but too many can result in deadly hyperinflammation, which occurs in the worst cases of coronavirus.

As well as boosting serotonin, Fluvoxamine can trigger the body to elevate melatonin levels — the enzyme that helps regulate sleep.

Melatonin has been shown to help prevent cytokine storms.

Boosting serotonin can also help stop blood platelets from clumping together, another feature of severe Covid.

Lead researcher Dr Marina Sirota said: ‘We can’t tell if the drugs are causing these effects, but the statistical analysis is showing significant association.

‘There’s power in the numbers.’

Fellow author Tomiko Oskotsy said: ‘It’s important to find as many options as possible for treating any condition.

‘A particular drug or treatment may not work or be well tolerated by everyone.

‘Data from electronic medical records allow us to quickly look into existing drugs that could be repurposed for treating Covid or other conditions.’

SSRIs – prescribed to millions of Brits every year – work by boosting the amount of serotonin in the brain, which has a mood-enhancing effect.

But the hormone is also involved in regulating the immune system, and can help prevent it from overreacting and attacking healthy cells, which can be fatal.

Other studies looking at the effects of the drugs in fighting Covid have also shown promise.

The results of the latest study were published in JAMA Network Open.

Researchers combed the Cerner Real World Covid database for patients who had previously caught Covid and were receiving SSRIs.

The Montana-based database is one of the largest collections of anonymised medical records in the world, holding those for some 500,000 patients.

Patients who had Covid and got SSRIs were grouped based on their age, sex and ethnicity — key risk factors for Covid.

They were compared to others who had Covid and were of a similar age, sex and ethnicity but did not get SSRIs.

Overall, patients who got SSRIs had an eight per cent lower risk of death than those who did not receive the medication.

It is the latest paper to tout fluvoxamine as a potential treatment for Covid patients to help them get better.

A large Brazilian study suggested last month that the pill slashed the risk of being hospitalised by the disease by a third.

Researchers said at the time that this may be because it is also anti-inflammatory, and helps to calm the immune system.

They suggested it could be deployed in third world countries because it is inexpensive and could give extra protection. 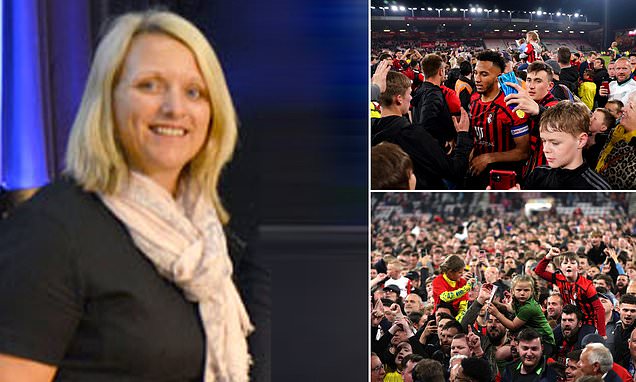