We’ll be wearing masks until the new year: Covid rules are set to be extended in bid to fend off even tougher curbs amid ongoing concerns over Omicron variant

Laws requiring masks in shops and on public transport are set to stay until the New Year, as ministers try to fend off demands for tougher restrictions in the run up to Natale.

A final decision on whether to extend their use may not be taken until as late as December 18.

But Whitehall sources said it was likely masks would stay mandatory for at least another three weeks to give scientists more time to assess the threat posed by Omicron.

Other restrictions, such as travel tests and compulsory ten-day quarantine for those in close contact with an Omicron case, are also set to be extended.

però, sources said Boris Johnson is resisting pressure to move to the Government’s Plan B until at least the New Year. 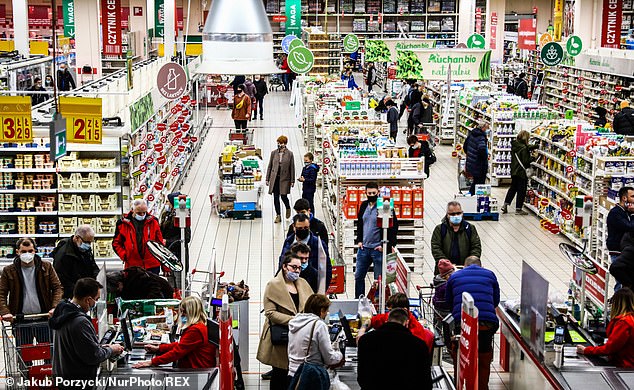 The contingency plan would involve the use of vaccine passports and ordering millions to work from home. Deputy Prime Minister Dominic Raab yesterday urged people to press ahead with their plans for the festive season, saying it was ‘going to be a great Christmas’. A Whitehall source said: ‘In terms of Plan B, we are not there yet. The ambition is that people can have a much more normal Christmas than last year.

‘That depends on what the data shows about the new variant. But certainly the hope is that things stay as they are in the next couple of weeks.’ Mr Raab urged people to get their booster jabs, saying it was the most important measure in heading off further restrictions.

But he said ministers did not want to follow Germany in making vaccinations mandatory. And he ruled out restricting medical treatment for the unvaccinated, despite warnings from the medical profession that their needs are crowding out other vital care. Nicki Credland, chairman of the British Association of Critical Care Nurses, told The Sunday Times: ‘All nurses understand they have to provide non-judgmental care. 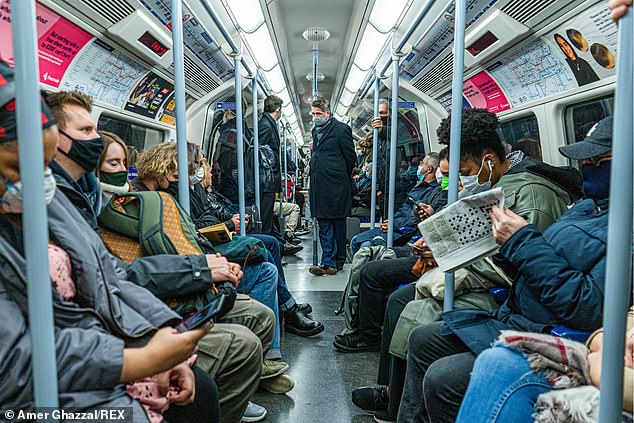 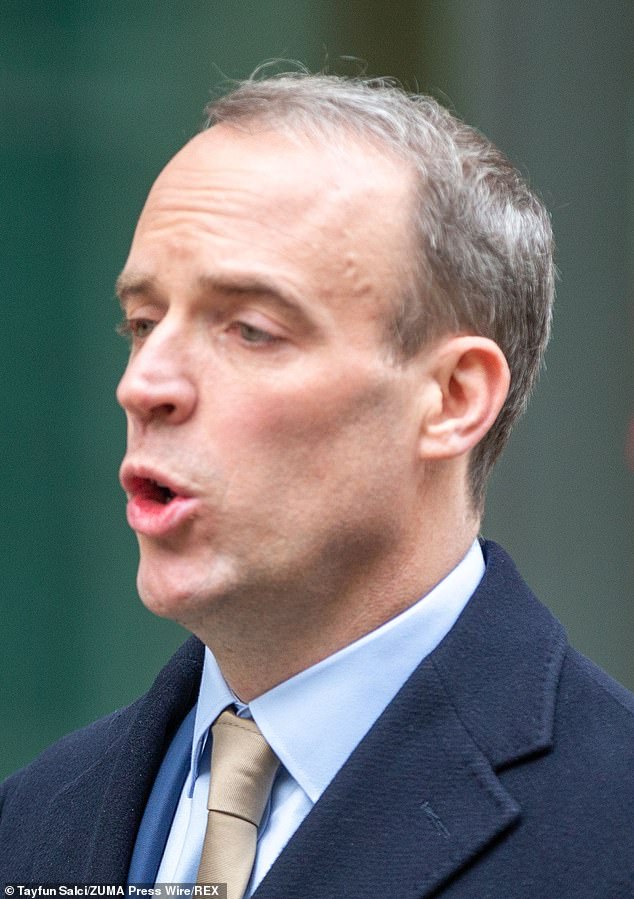 Deputy Prime Minister Dominic Raab yesterday urged people to press ahead with their plans for the festive season, saying it was ‘going to be a great Christmas’

‘But what we find difficult is that giving care to patients who have chosen not to be vaccinated has a knock-on effect on other patients.

‘We are still human beings and we still get angry at things that we think aren’t just.’

Her comments came after figures revealed more than 90 per cent of Covid patients needing the most specialist care have not been vaccinated. Doctors have warned that some transplant surgery is not going ahead and that vital cancer operations are being delayed.

Mr Raab told Times Radio: ‘I would not countenance some sort of suggestion that we would refuse access to vital services for people who have not had a jab.’

The first home Covid treatment could be offered to patients before Christmas in an attempt to protect the most vulnerable from the Omicron variant.

Health Secretary Sajid Javid is to launch a trial of Molnupiravir, also known as Lagevrio, the Sunday Telegraph reported.

Under the plans, the NHS is expected to deliver courses of the anti-viral pills to clinically vulnerable and immunosuppressed patients within 48 hours of them testing positive.

Hospitals and GPs have been told a series of delivery units are being set up, it is said.

Lo scorso mese, the UK became the first country to license use of the pill. A Department of Health spokesman said: ‘There are a number of exciting opportunities in the pipeline and we will provide further details in due course.’