Why did this stony-faced nanny take a lifetime of stunning photos – but keep them all a secret?

Vivian Maier Developed: The Untold Story Of The Photographer Nanny

In 2007, an auction house in Chicago sold off a number of items reclaimed from unpaid debts.

Among them were boxes of photographic prints, negatives and rolls of film that had been kept in storage lockers – more than 140,000 different pictures, all taken by one person, most of them undeveloped.

Most of the boxes were bought by a nerdy 26-year-old man called John Maloof, who was working on a book about old Chicago and looking for illustrations. 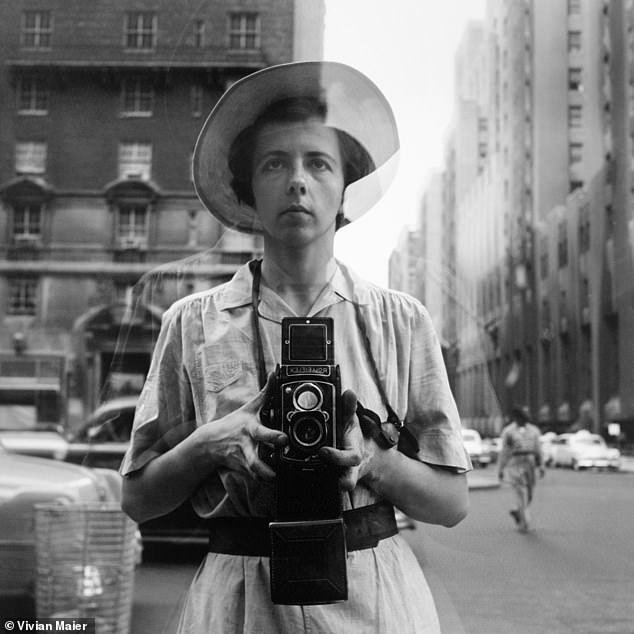 The photographs spanned a lifetime yet had never been seen by a soul. Who was this mystery photographer, Vivian Maier (above)?

Searching through his unpromising hoard, Maloof realised that he had chanced upon something special. These were no ordinary snapshots but the work of a keen eye – sharp, witty, quirky, curious and with a perfect sense of composition.

The photographs spanned a lifetime yet had never been seen by a soul. Since the majority were negatives, or still in undeveloped rolls of film, even the photographer would never have set eyes on them.

Who was this mystery photographer? What sort of person would spend a lifetime taking photographs – seven or eight a day for 50 years – but leave all but a handful unseen?

Some of the pictures seemed to be self- portraits, taken in mirrors or the reflections of shop windows. Others were silhouettes made by shadows.

This was far from the usual image of the photographer as fashionable bohemian: here was a tall, plain, forbidding-looking woman, stern and unsmiling, who liked to dress in starchy, old-fashioned clothes. 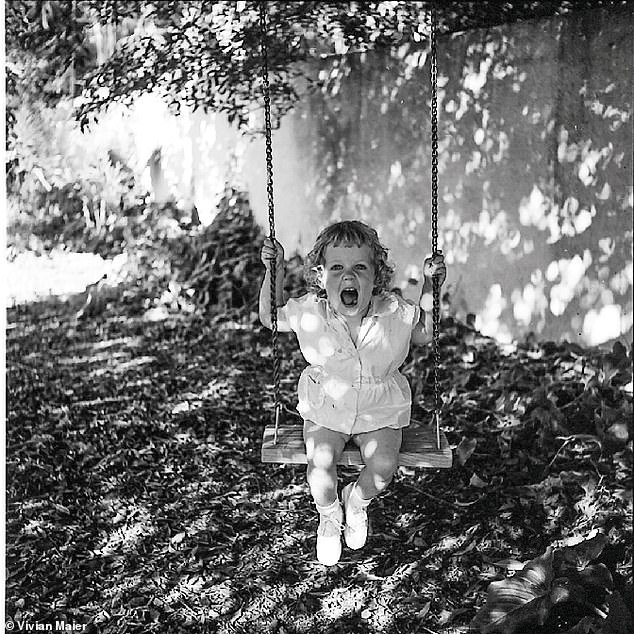 The name Vivian Maier was on some of the processing envelopes, but searches for her on the internet drew a blank. Then, in 2009, a death notice for Vivian Maier appeared in a Chicago newspaper.

It turned out that the deceased had been a nanny. Three of her former charges had paid for this modest little announcement of her death at the age of 83.

Maloof was intrigued and dug deeper. Maier had, it turned out, been a nanny all her life, moving from job to job, often without saying goodbye.

Most of her employers knew nothing about her. She never mentioned family or friends or where she had previously worked. Some of them had no idea she even owned a camera.

All they knew was that she was obsessively private, locked her bedroom whenever she left it, and had even once rigged up a system to catch intruders.

Some complained that she could be snappy with children. Others observed that she hated to be touched, particularly by men.

One recalled that she had once hit a man who was trying to prevent her from slipping; in fact, she had hit him so hard that he got concussion.

Her later employers remembered her as a compulsive hoarder, the floorboards of her bedroom buckling under the combined weight of all her newspapers, junk mail, books and photos.

A few had viewed her hoarding as a fire risk and asked her to leave.

It emerged that, by the end of the 1980s, she had accumulated eight tons of assorted stuff, most of which she transferred to storage.

America, the land of celebrity, is endlessly intrigued by the idea of the recluse.

Inevitably, the media grew intrigued by the curious case of the photographer nanny, private to the point of neurosis, so in the years after her death she grew steadily more famous.

In 2015 a fine documentary, Finding Vivian Maier, was nominated for an Oscar.

With this thorough, diligently researched biography, Maier is set to join the paradoxical pantheon of celebrity recluses, among them J.D. Salinger, Howard Hughes, Greta Garbo and the Unabomber.

Of course, all this would mean nothing if Maier had been just another weirdo, moving from family to family with her creepy hoardings and her box camera.

But it so happens that she was the real thing – a wonderful street photographer, capable of turning everyday goings-on into the stuff of magic.

Ann Marks compares her to renowned American photographers such as Diane Arbus, but her lighter touch reminds me more of the classic French photographers Jacques Henri Lartigue and Henri Cartier-Bresson.

She had an instinct for the moment and was able to react with extraordinary speed. ‘She would see a subject, open her camera, focus it, and she’d snap. It was just, Bam!’ recalls a woman she once nannied.

‘It was fast. She went from walking to focus to shoot in under a second. The subject wouldn’t even have time to react.’

Employing dogged detective work and going to what she calls ‘convoluted, sometimes preposterous lengths’, Ann Marks managed to track down hundreds of people who came into contact with Maier, including 30 who knew her as a child or young woman.

Yet after 300 pages of information regarding her movements from house to house, from family to family, she remains a shadowy figure: her enigma stays intact, which is probably just as it should be.

So who was she? Marks is a keen genealogist and devotes rather too much space to sorting out Maier’s notably dysfunctional family history, which involves parents and grandparents and great-grandparents in various states of mutual hatred, and the full gamut of ‘illegitimacy, bigamy, parental rejection, violence, alcohol, drugs and mental illness’.

Her mother, variously described by Marks as lazy, argumentative, irresponsible, disturbed, self-absorbed and unfit, was French and illegitimate.

As a child, Vivian spent six years with relatives in France before returning to Manhattan, where she lived until she was 30. She then moved to Chicago. As a nanny, she always preferred to be called ‘Mademoiselle’.

It’s fascinating how so many of her employers and their children have such radically different memories of their old nanny.

‘We have as many personalities as there are people who know us,’ said the philosopher William James, and no one exemplifies this more than Maier.

The boys in one Chicago family, whom she looked after for 11 years – by far the longest time she spent in any single household – all adored her. She taught them French, organised plays and took thousands of photos of them having fun.

It was they who paid for her death notice.

But she still kept her cards close to her chest: until they were approached by her biographer, they had no idea she had spent most of her early life in New York.

Most families remember her without affection. Some describe her as prickly and quick-tempered. ‘It’s not that we disliked Mademoiselle. We just didn’t like her.’

They remember the smell of her greasy hair, which she shampooed with vinegar, her stony face, her military gait, her size 12 men’s shoes and her dislike of being touched.

Brothers she looked after in the early 1950s describe her as ‘cold, unapproachable and disengaged’: when she slapped one of them across the face, their father fired her.

Few of her photographs include fathers. One girl she nannied for seven years remembers her issuing a warning that men are just after sex and are ‘out to ruin you’. It seems unlikely that she ever had a partner of any sort.

Was she abused as a child? Her biographer thinks it likely.

Strange, then, that so many of the photographs taken by this standoffish woman celebrate other people’s moments of affection and joy. Marks astutely suggests that photography allowed her to establish human connections, but at a safe distance.

It let her be part of the world yet apart from it.

The photographer Joel Meyerowitz says that street photographers are often solitary creatures. ‘You observe and you embrace, and you take in, but you stay back, and you try to stay invisible.’

Stranger still is her indifference to seeing her lifetime’s work. Through the 1990s she took 500 rolls of film but never developed a single one: off they went into storage.

In this way she reminds me of an ancient cave-dweller who draws a picture on the cave wall and then leaves the cave for ever, without so much as a backward glance. 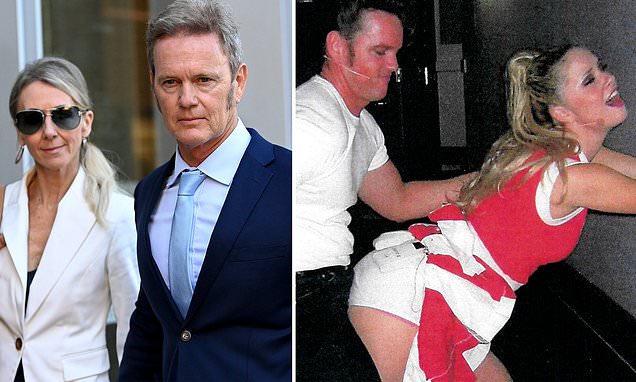 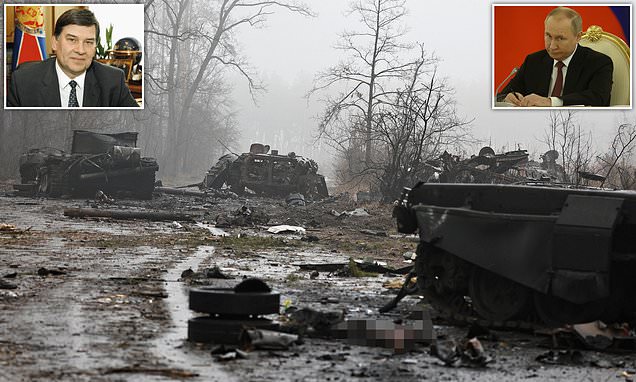 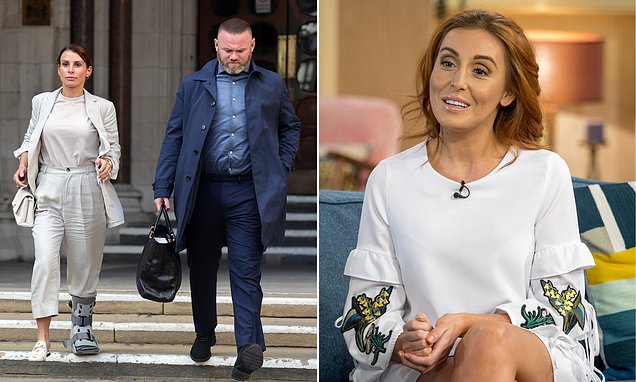 Coleen Rooney reveals her secret split from husband Wayne after he was caught drink-driving with another woman in the car, Wagatha Christie trial hearsMrs Rooney, 36, feared the relationship might be over when Wayne ...