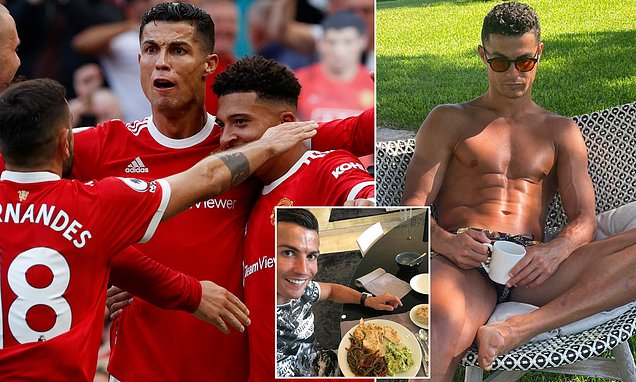 Desserts and sweet treats have been cancelled at Manchester United since Cristiano Ronaldo‘s return to the club.

The Portuguese star made an instant impact on his second coming at Old Trafford, scoring twice in Saturday’s 4-1 win over Newcastle United.

And the man who is absolutely meticulous when it comes to keeping himself in top condition is apparently already having an effect on habits off the field as well.

United goalkeeper Lee Grant has revealed not one United player went up for dessert after dinner on Friday night – and all because of Ronaldo’s influence.

🤤 “On Friday’s you finish your dinner & you have a few cheat food out.”

🤣 “Not one player touched the crumble & custard because everyone was looking at Cristiano’s plate!”

He told talkSPORT: ‘To give you one instance of the impact he is having on the group right. This was Friday night in the hotel.

‘So, as you guys will be aware, you finish your dinner and usually on a Friday night you’ve got some cheat stuff out.

‘You’ve got some apple crumble and custard or you’ve got a bit of brownie and cream or whatnot.

‘One of the lads said to me, ‘What has Cristiano got on his plate?’ 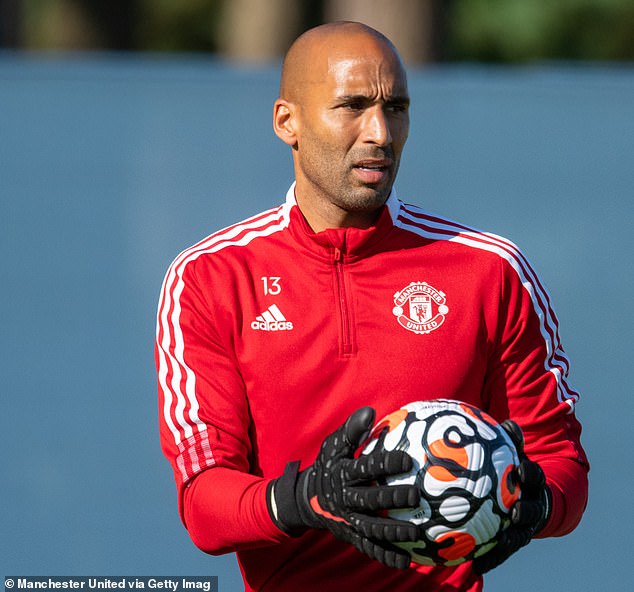 ‘So we were having a little goosey gander at what he has got and obviously it is the cleanest, most healthy plate you can imagine.

‘And it just cracked me up how not one single player dared get up and have that junk food that was laid out.’

Asked to elaborate on what was actually on the 36-year-old’s plate, Grant added: ‘I’ll tell you one of his plates – he had several. One of them was quinoa, avocado and a couple of boiled eggs.

‘Listen, this guy is in incredible shape. He’s actually got the second best body behind me now at the club – and that’s saying something, so fair play to him!’ 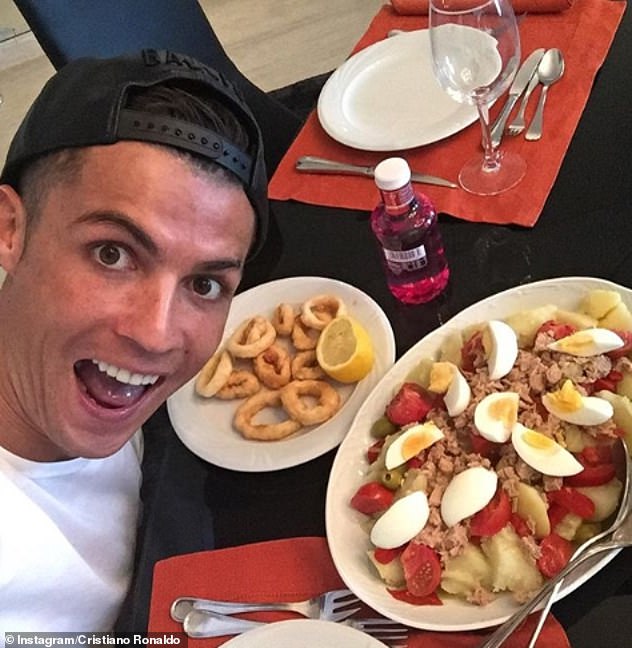 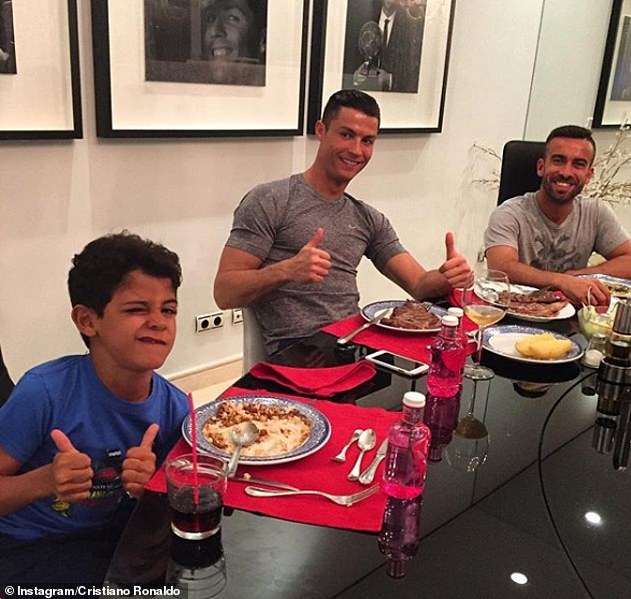 As well as making sure he eats all the right foods, Ronaldo naps throughout the day

Ronaldo returned to United in a deal worth an initial £12.85million last month after deciding to leave Juventus.

He wasted little time in making his mark on the Premier League once again, scoring United’s first two goals against Newcastle at a delirious Old Trafford.

His longevity at the very highest level of the game is down to a strict diet and fitness regimes.

In fact, Ronaldo typically eats little and often – six meals a day, spaced out at 3-4 hour intervals – to meet the high nutritional demands of being a top footballer and support the fast metabolism athletes have.

Ronaldo’s diet also allows him to have explosive muscles and a very low fat mass. He has a personal nutritionist who has been following him since his Real Madrid days.

He eats whole grains, fresh fruit and lean proteins contained in fish such as swordfish, sea bass, sea bream and cod. They are always fresh and never frozen.

There is always a lot of salad on Ronaldo’s plate and for breakfast he will eat cheese, ham, low-fat yogurt and fruit and avocado toast. He considers chicken one of the magical foods: rich in protein and low in fat.

Patrice Evra, his team-mate at Manchester United, said of him: ‘I recommend anyone to say no if Cristiano invites you to his house, because that boy is a machine and he never stops training. 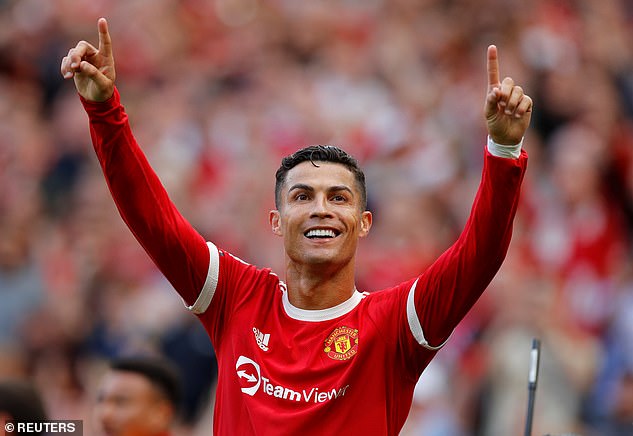 ‘I went there and I was really tired after training, but on the table there was a salad and chicken breast and only water, no drinks.’

Ronaldo is focused and attentive to every nuance of his life away from the pitch. In his diet, all carbonated drinks have been abolished and he avoids eating red meats and frozen foods.

Ronaldo’s fastidious attention to nutrition is a far cry from the dietary habits of some of United’s past greats.

Legendary former captain Roy Keane recently admitted he once chowed down on a doner kebab just three hours before a United match.

‘When you’re younger you get away with it, but obviously you pay for it later on. You think you’re getting away with it, having a bit of a laugh about it and being a jack the lad.

‘In fairness though I did live by myself and I didn’t have any food in the house.’

Ronaldo supplements squad training sessions with a personal workout plan. His five weekly trips to the gym include 25-30 minutes of cardio, high-intensity sprinting and targeted weights to increase muscle strength. In total, he works out for three to four hours a day.

A test found he had the body of an athlete 14 years his junior, with 7 per cent body fat — (the average footballer’s is 11). He has 50 per cent muscle mass. 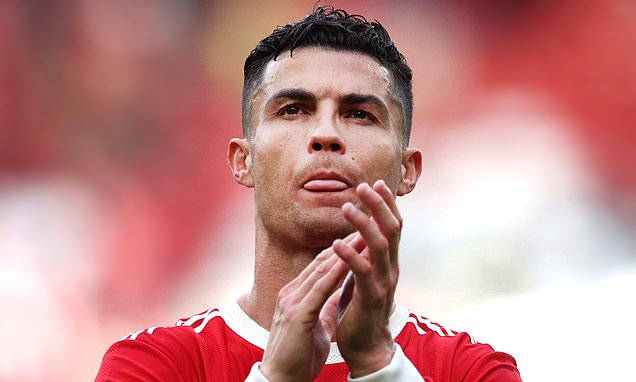 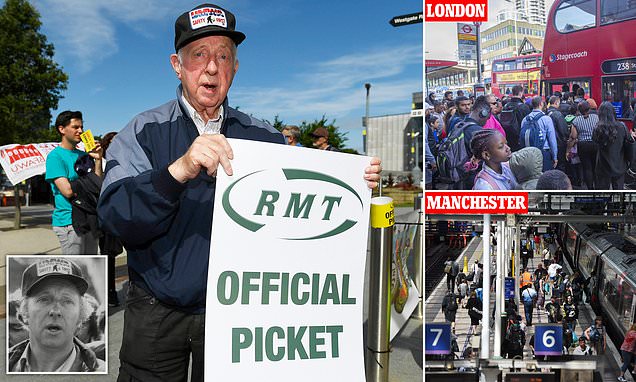 Back to the 1980s: Thatcher's arch-nemesis Arthur Scargill joins rail workers on the picket line four decades after miners' strike... as desperate commuters scramble for the last train home before final service out o... 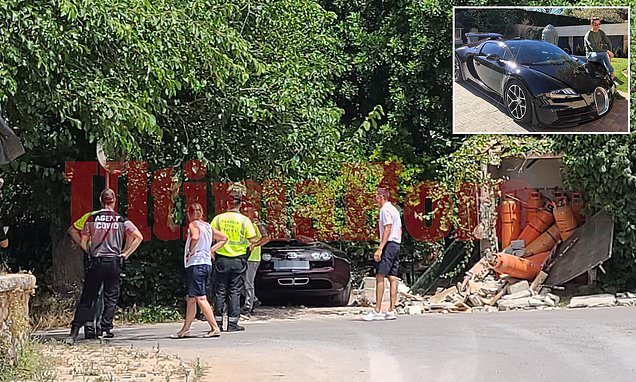 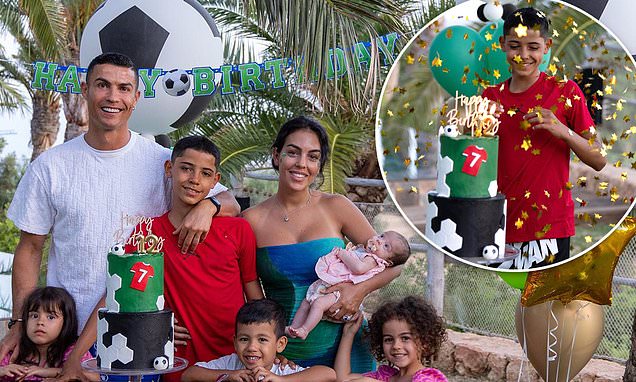 CRistiano Ronaldo beams as he celebrates his son’s birthday