DAN WOOTTON: My cowed fellow Kiwis will call me a traitor but Prime Minister Ardern’s crazy Covid-zero policy – when the rest of the world is learning to live with it – is cruel, deluded and doomed to failure

Under the headline, ‘The following countries do not ban their own citizens from returning to their home country,’ it listed a host of nations as diverse as Afghanistan, China, Australia, Israel, Saudi Arabia and the US.

Under another headline, ‘The following countries effectively ban their own citizens from returning to their home country,’ it listed just one: New Zealand.

It was a rare public riposte to the country’s ‘Be Kind’ superwoke-but-authoritarian Prime Minister Jacinda Ardern whose behaviour becomes crueller and more twisted by the day as she continues on an increasingly desperate quest to keep my homeland a Zero Covid hermit kingdom, just as the highly transmissible Omicron variant begins to spread in the community.

Many Kiwis have become so brainwashed by Ardern’s incessant spin – swallowed whole by a compliant liberal media – that they reacted with a mere shrug when her government at the weekend revealed citizens who are household contacts of anyone who tests positive for Covid will have to self-isolate for a whopping 24 days as part of her ‘stamp it out’ policy approach.

After just nine confirmed Omicron cases, Ardern then plunged the entire country into red alert, a form of lockdown that bans large gatherings, enforces mask mandates, makes Covid passports compulsory if you want to live normally as part of a ‘two-tier society’, and reintroduces work from home orders.

Ardern even cancelled her long-planned wedding to TV star fiancé Clarke Gayford in the ultimate act of virtue signalling aimed at showing New Zealanders she’s going through the hell of lockdown too.

While most governments have tried to quell public panic over Omicron, given the proven mild nature of the variant, Ardern’s regime has done the opposite.

Parliament’s Speaker Trevor Mallard – an Ardern loyalist from the ruling Labour party – warned panicked citizens to prepare as if they were facing an ‘earthquake’ by stocking up on emergency supplies, which helped spark an inevitable run on toilet paper.

Remember panic buying? While the rest of the world is finally waking up to the need to live with Covid long-term, New Zealand remains trapped in March 2020, with terror and paranoia enveloping a country that was once famous for producing hard men like Everest conqueror Sir Edmund Hillary, fearless rugby giant Jonah Lomu and bunjee jump inventor AJ Hackett.

Rather than preparing for the inevitable over the past two years, socialist Ardern is hamstrung by a creaking health system with less than 200 intensive care beds to service five million citizens. 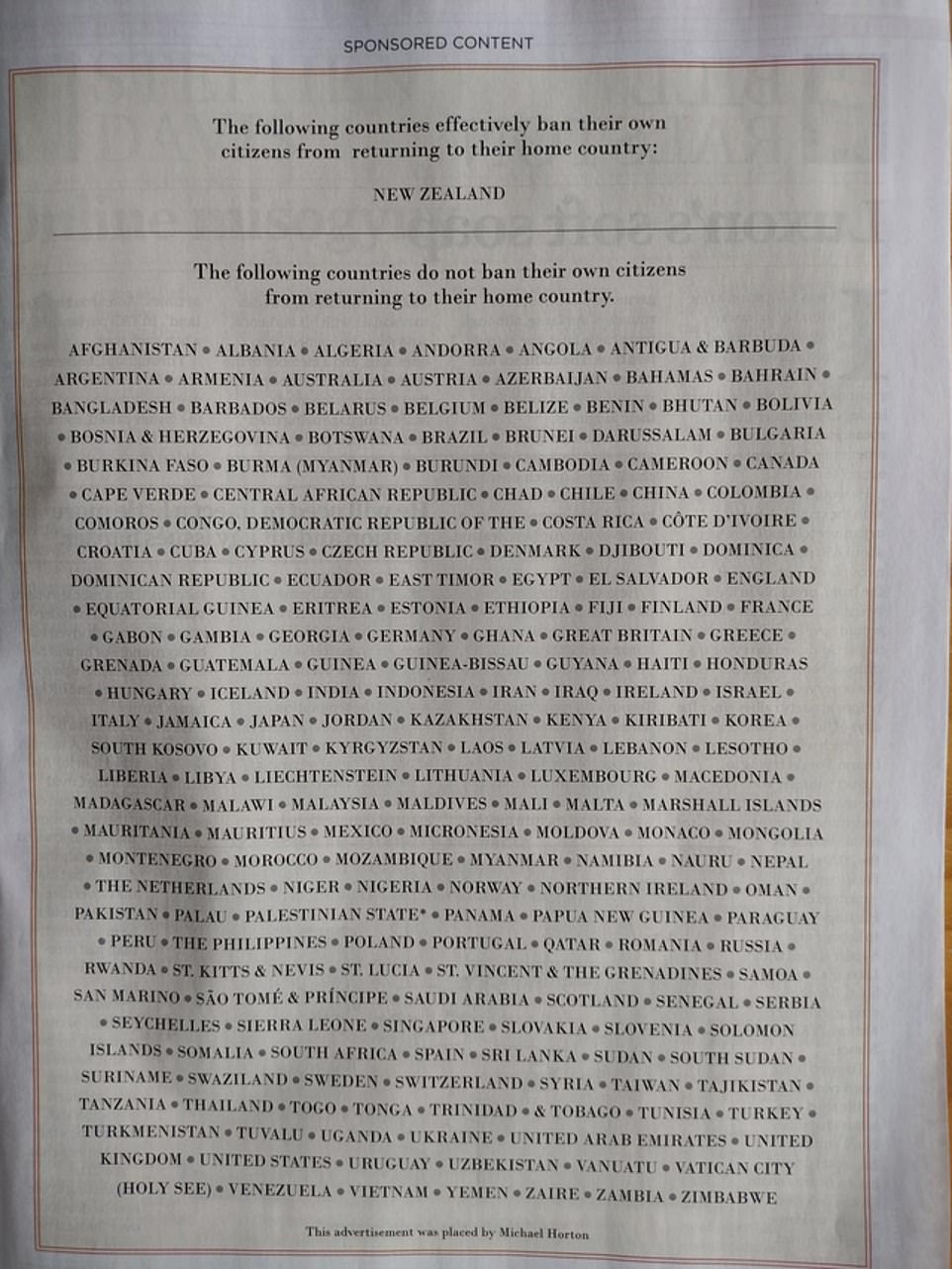 Perversely, she has banned international doctors and nurses from travelling to New Zealand – even Kiwi ones wanting to return home to work – meaning there are chronic staff and resource shortages.

And while Ardern will never admit it publicly, she’s gripped with the terror that her decision to pursue a Zero Covid policy long-term is unravelling.

New Zealand has virtually no natural immunity, making the country far more vulnerable to Omicron than other countries.

Meanwhile, Kiwis have bought into Ardern’s message that eliminating the virus is not only desirable but possible.

Even a 90 per cent vaccinated country is not enough to reassure most Kiwis who have been manipulated by Ardern into believing that Covid is some sort of black plague that leaders like Boris Johnson have allowed to run rampant, to hell with the consequences.

Ardern’s myopic response to the coronavirus pandemic has personally impacted me deeply.

I am a proud dual citizen of Britain and New Zealand. 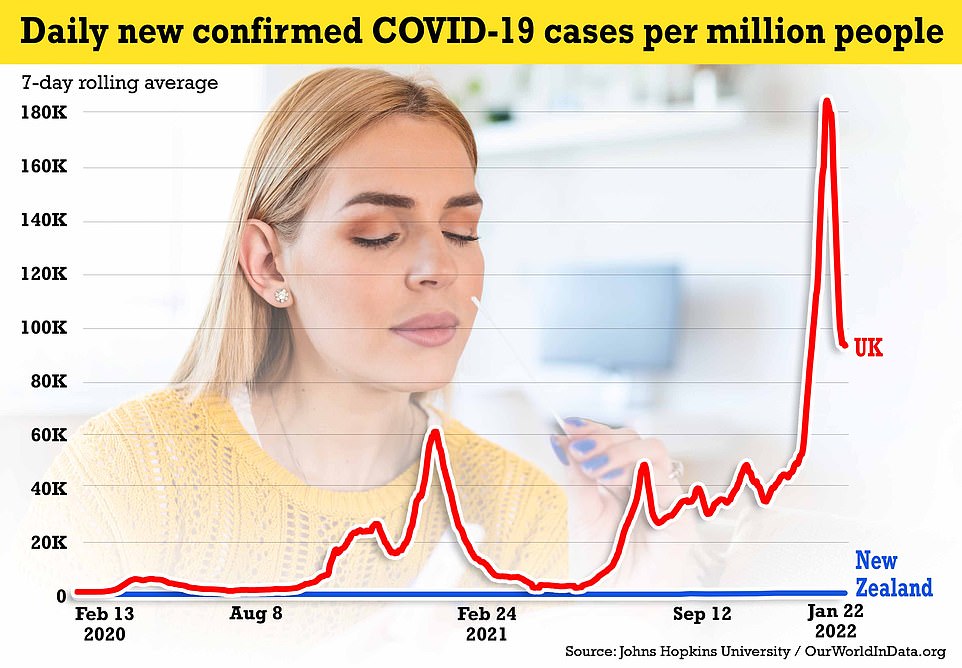 My mum was born in Essex and my dad, whose parents were Geordies, was born on a British army base in Malta.

They emigrated Down Under in the years after World War Two as so-called ‘ten-pound poms’; I was born in New Zealand but moved to London when I was 21, where I have lived ever since.

I have always had a strong sense of pride about my dual nationalities and both the UK and New Zealand felt equally like home…until Covid struck and New Zealand slammed shut its borders, with even Kiwis holding passports banned from the country.

My family members are alive and well – and New Zealand has just 52 deaths from Covid?

It matters because such a policy approach never ends.

Of course, for the first few months, I reluctantly accepted Ardern’s Chinese-inspired hardline approach, which kept Covid out of the country before much was known about the virus.

But two years on, and with Kiwis being jabbed for a third time, I remain separated from my beloved mum, dad and sister who, alongside my partner, are the most important people in my life by some distance.

Finally, the world is waking up to the insanity of the New Zealand approach as Ardern’s policies become increasingly draconian.

Keeping passport holders like me out of the country is also illegal, given the country’s Immigration Act guarantees that ‘every New Zealand citizen has, by virtue of his or her citizenship, the right to enter and be in New Zealand at any time’.

Instead, Ardern has instituted a sick Squid Game-like national lottery that dictates whether we can return home at all.

Each month, around 50,000 desperate Kiwis – many trapped overseas in countries where their visa has run out or desperate to see sick relatives – have been forced to sign up online to enter a waiting room where they are placed in a virtual queue.

And that’s just the start of it. Once you ‘win’ the lottery, you have to pay for an exorbitantly expensive flight and then about £1,500 to spend 14 days in government run hotel quarantine, where the army has been sent in to ensure no one absconds. 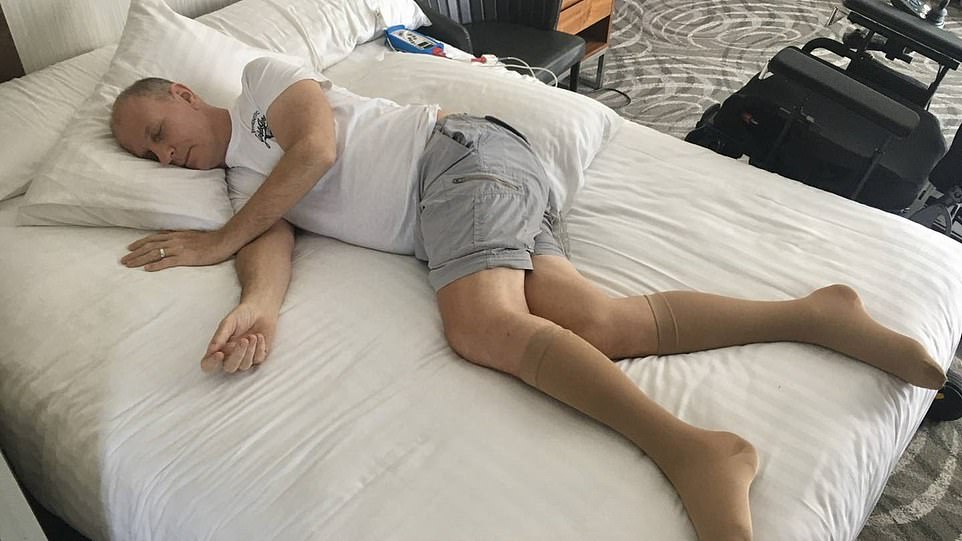 One of the facilities in my hometown of Wellington has failed to meet the standards required in the United Nations Convention on the Crimes Against Torture, which is enshrined in New Zealand law, according to the country’s Chief Ombudsman. Detainees are only allowed out of their room for just one hour a day in an underground car park.

It’s worse than prison. For folk who simply want to visit their family members.

Imagine the torture two of my close friends felt as their mother passed away down the road in hospital as they remained locked up by Ardern. I will never forgive the PM for such a callous lack of humanity.

Just this week her government rejected a bid from Adriann Richards – a man suffering from motor neurone disease who has been told he has just six months to live – for a medical exemption to self-isolate for the two-week period at his home because he is unable to safely sleep using the equipment provided by the government in his quarantine prison that he says could cause asphyxiation.

Richards had only left the country with his wife to visit England to say goodbye to his dying 91-year-old mother and father.

‘What I don’t understand is if we’re not suitable for an exemption to MIQ, who is?’ he desperately told a local newspaper.

This month even the lottery system itself was entirely scrapped because of the onset of the Omicron variant.

As it stands for me right now, there is literally no way to return to New Zealand, no matter what happens to my family or friends. 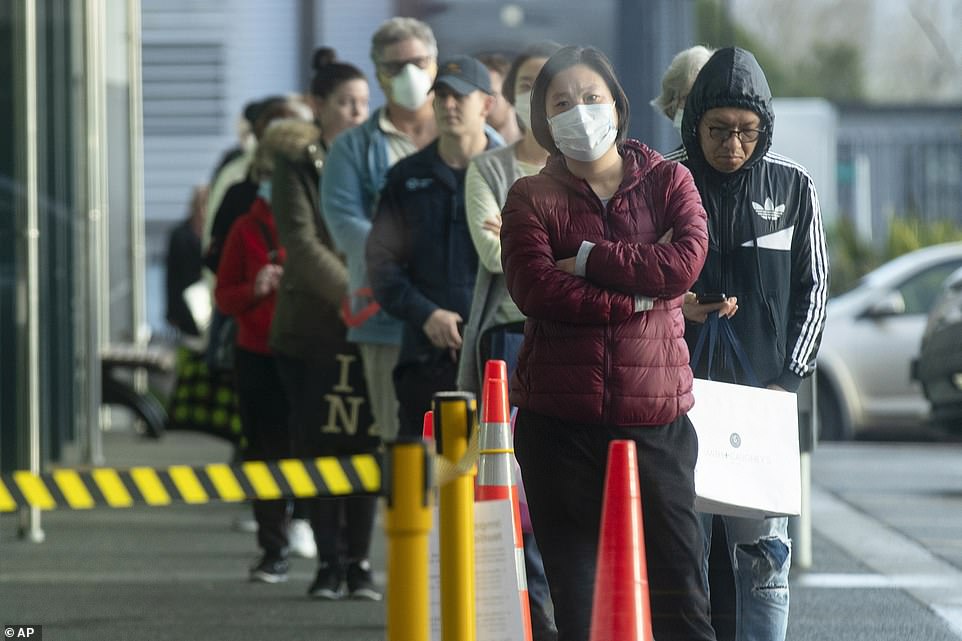 What’s most sickening is that to keep locals happy, foreign DJs, musicians, performers, sportspeople and film stars have been allowed in to continue with the veneer of life as normal.

Miraculously, the Kiwi superstar singer Lorde was able to win one of the spots in Ardern’s Squid Game lottery (my poor mum didn’t), which meant she was able to return to the country just in time to perform at Ardern’s now-cancelled summer wedding spectacular. Forgive me for being cynical about whether the lottery is fair.

Meanwhile, a lobby group called Grounded Kiwis has crowd-funded to sue the government, while stranded citizens are now considering using sail boats from Australia as the only means to return to the country with all flights cancelled.

Many New Zealanders will think I’m deeply disloyal for writing this column.

Some will troll me on social media, just as they have attacked helpless Kiwis overseas throughout this pandemic. We chose to live out of the country, after all, they say. Or, if you’re to believe many calls to local talk radio, we’re ‘sewer rats’ intending to infect healthy Kiwis with the dreaded ‘rona.

The local media used to cover my every achievement like a proud distant relative. They revelled in the fact I broke the bombshell story of Megxit in my parent’s living room in Wellington over Christmas in 2019, the last time I was able to return to my birthplace. 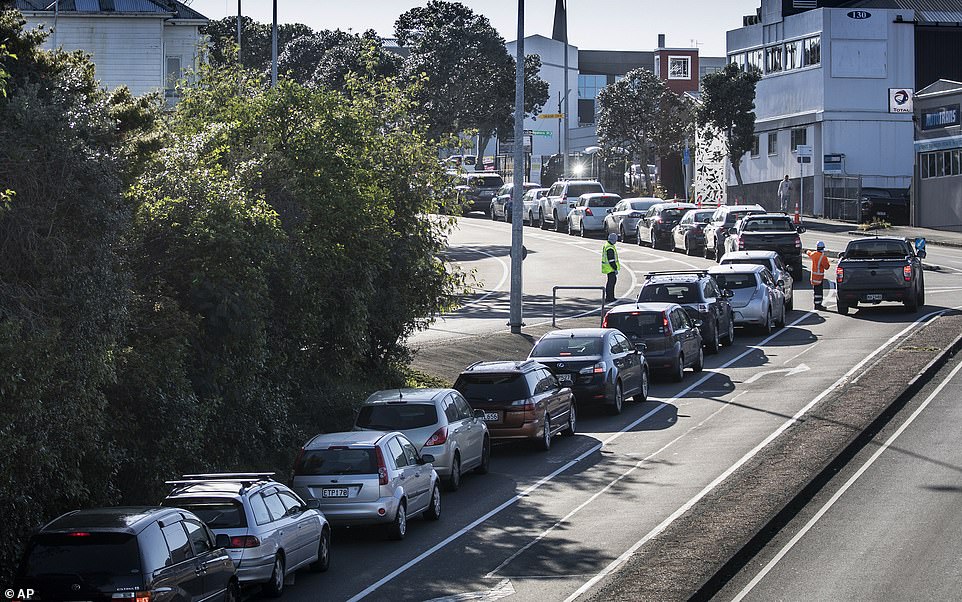 Cars queue at a Covid-19 test centre in Auckland, New Zealand, in August 2020

But since I have been critical of Ardern’s cruel Covid policies, if I am referenced in the media at all, it is as a ‘foreigner’.

Any criticism of Ardern and her policies is taken as a direct attack on New Zealand itself.

Civil resistance and protests are strong and common, but all dissenters are either ignored in the largely pro-Ardern media or portrayed as mad anti-vaxxers.

There is no perspective; no analysis of the data or the economic consequences of her decisions; only hysteria that Ardern has tapped into as some sort of smirking soothsayer.

There is also virtually no coverage of Ardern’s shameful decision not to criticise China at all during the pandemic, likely in order to protect a favourable trading arrangement with the despotic communist regime.

But she has attacked the UK government’s approach of learning to live with Covid. 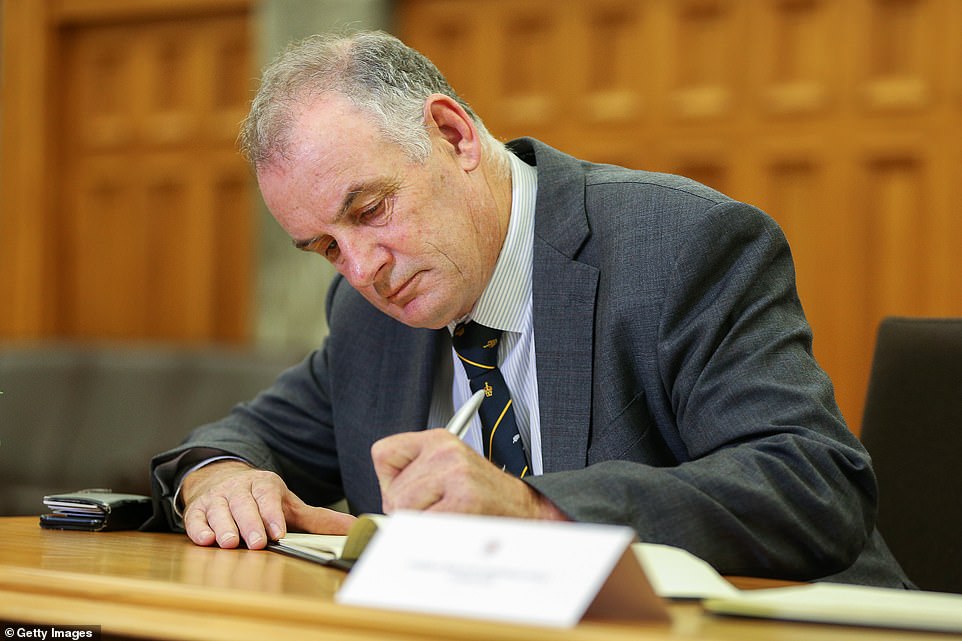 Rumours abound that Ardern hopes to let the border closures go on as long as possible because if she manages to keep Kiwis out of the country for over three years they will be unable to vote in the next general election, where they are widely expected to try and boot her from office.

Throughout the Covid crisis Ardern has attempted to bring New Zealanders together using the hackneyed phrase, ‘We’re a team of five million.’

She is factually wrong, however, because there are six million Kiwis across the globe.

A million of them have been effectively banned from their own country for over two years – and we’re never going to forget it.

The time has come for the international media to stop presenting Ardern as a Covid hero.

Her policies have been nothing short of wicked for Kiwis trapped overseas and her country now provides proof that the isolationism of Zero Covid is downright dangerous. 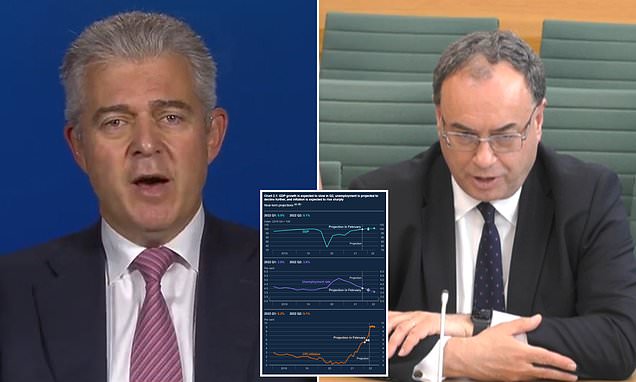 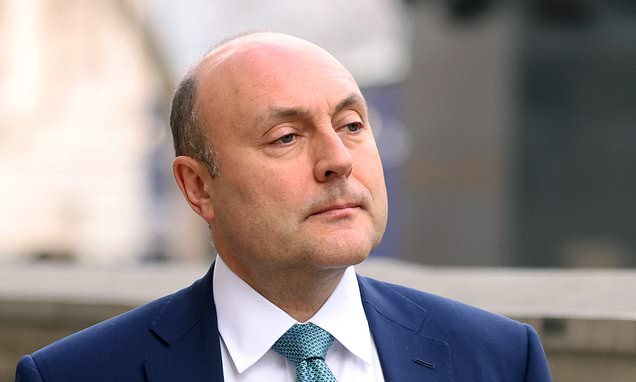