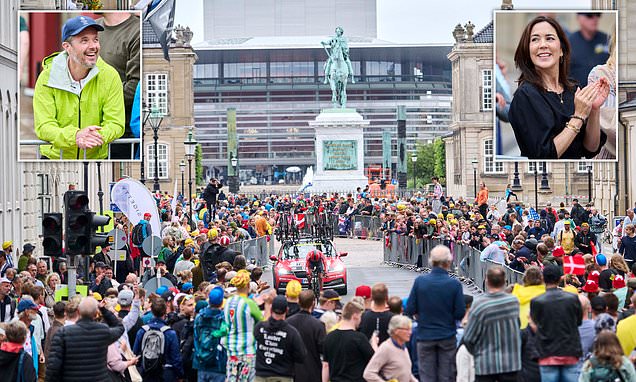 The Tour de Francia kicked off in Denmark’s capital Copenhagen yesterday under the approving faces of the Danish famiglia reale.

The most famous cycling race in the world took a trip to Scandinavia to start the 2,000 mile race.

The three-day ‘Denmark Grand Depart’ follows the tradition of the Tour’s opening stages of races being held abroad.

The Danish are avid cycling fans and lined streets of the largely closed capital and gathered around famous landmarks as the riders sped past them.

Among the thousands of fans were Crown Prince Frederik, Crown Princess Mary and their children, who watched on as the cyclists rode past la loro casa, the Amalienborg palace.

Denmark’s Crown Prince Frederik, 54, watched the Tour de France just outside his home in Copenhagen along with his family and thousands of fans 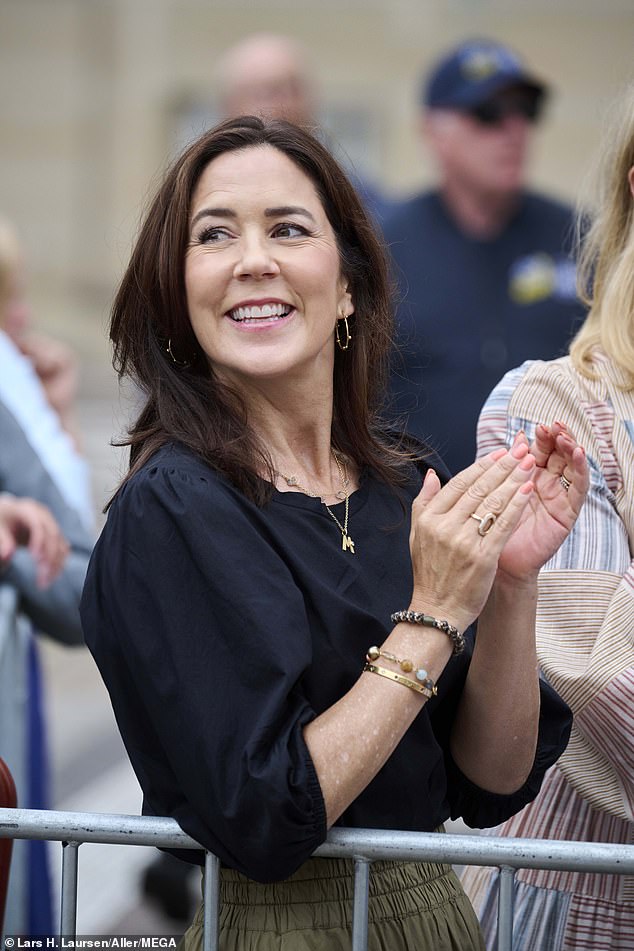 Crown Princess Mary cheered on cyclists during their 13km time trial, which went past Amalienborg palace 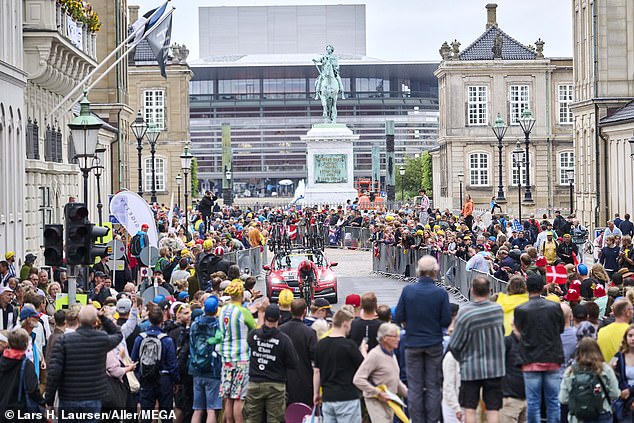 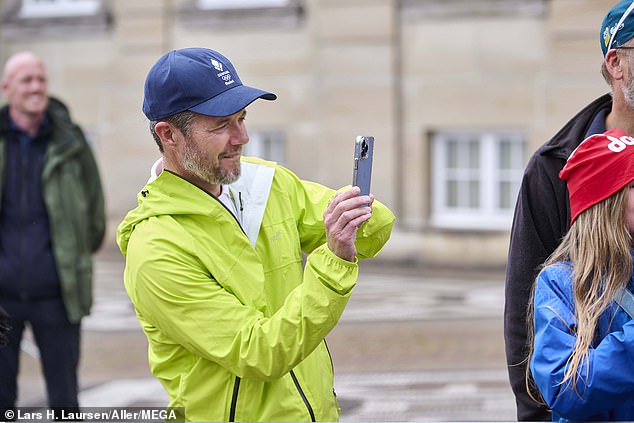 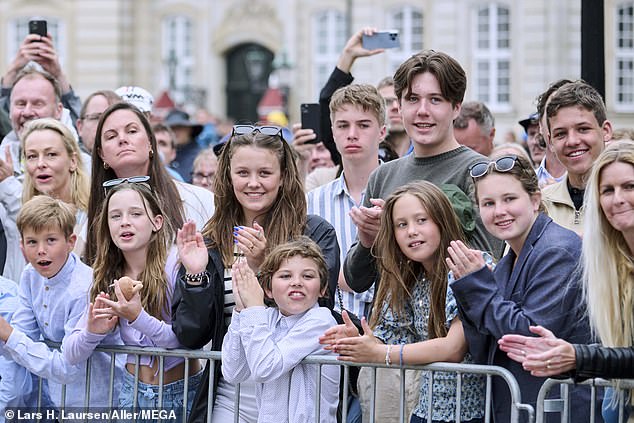 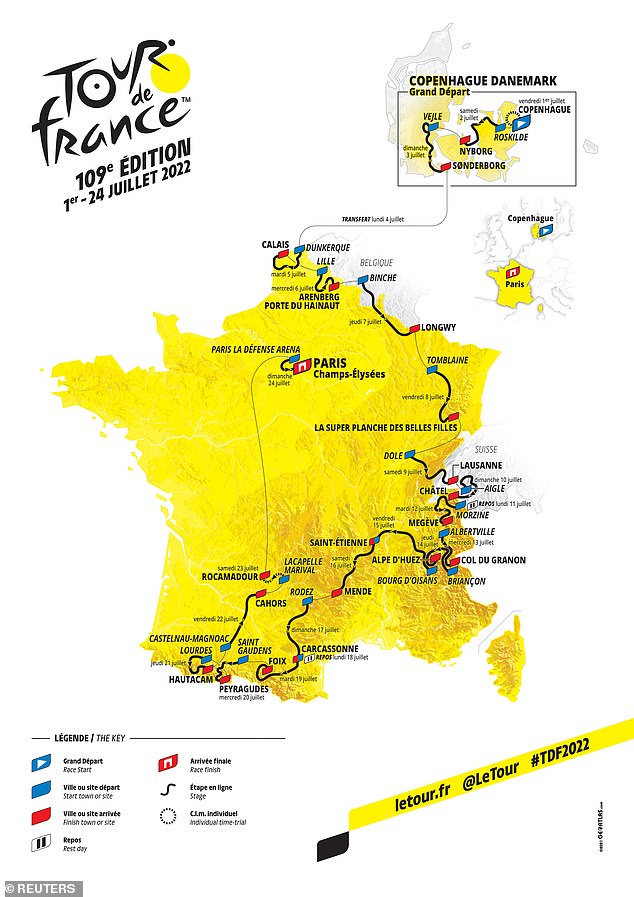 The Tour de France often begins in another country for the opening stages. It is the first time Denmark has hosted the race

Il principe ereditario Frederik, 54, sported a yellow waterproof jacket in the wet weather as he cheerfully watched the cyclists go by.

The wet roads made the route difficult for riders, especially combined with the cobbled section across the square of Amalienborg Palace.

Crown Princess Mary, 50, clapped as the cyclists on the opening 13.2 km stage of the tour.

Their four children were also in attendance watching together.

The entire family looked relaxed and to be having a good time, less than a week after Princess Mary and Prince Frederik announced they have removed their eldest son Christian from a prestigious Danish high school.

After serious allegations of sexual assault and bullying were levelled against the establishment, the Danish royal family confirmed their oldest son and Princess Isabella, would not be attending the Herlufsholm Boarding School next term. 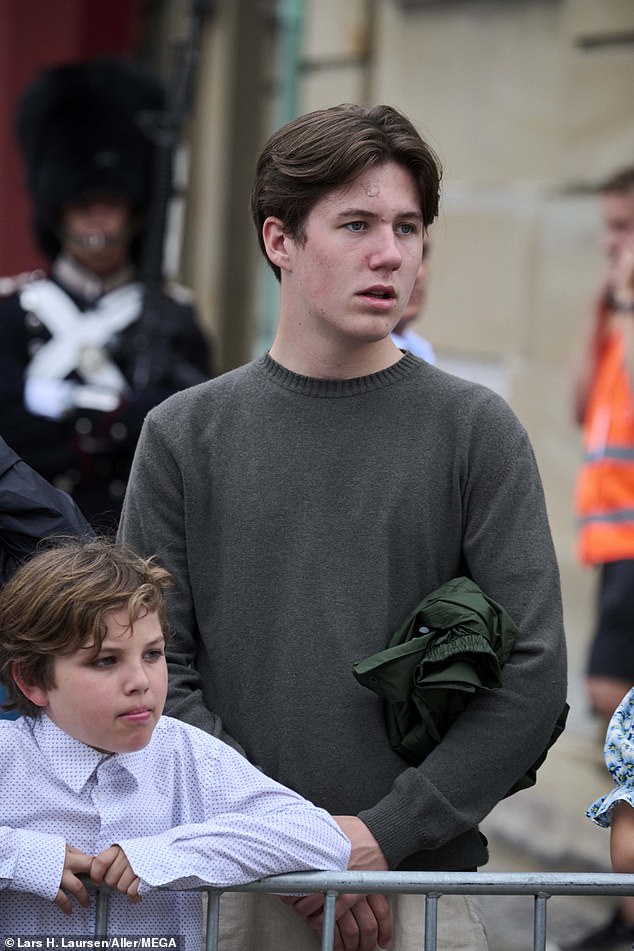 Prince Christian, 16, watched intently as the 176 riders took part in the time trial around Denmark’s capital 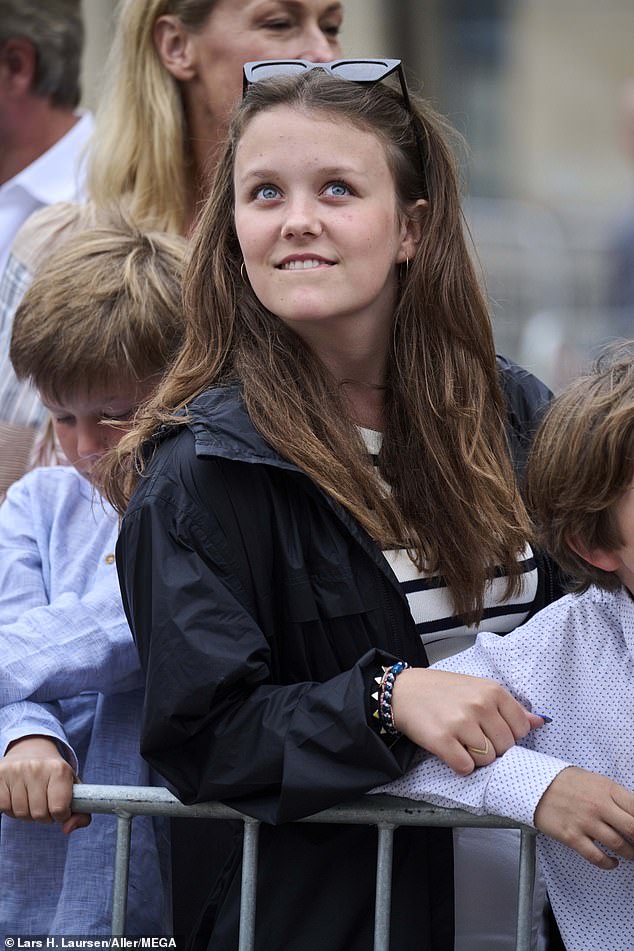 Principessa Isabella, 15, optimistically brought her sunglasses to the event, but still appeared to be in good spirits 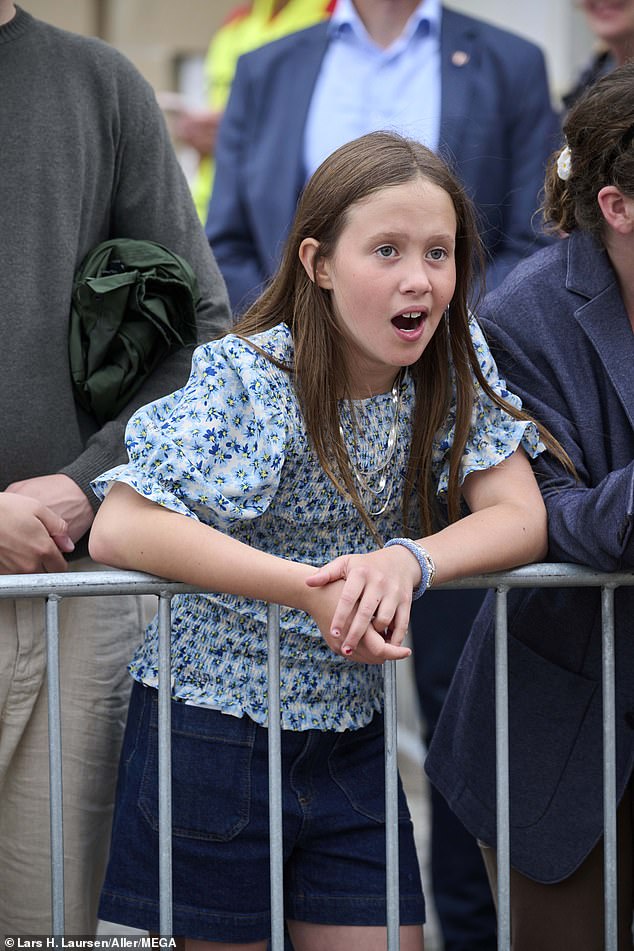 The 11-year-old Princess Josephine watched on as the dozens of riders, who each set off a minute apart, went by 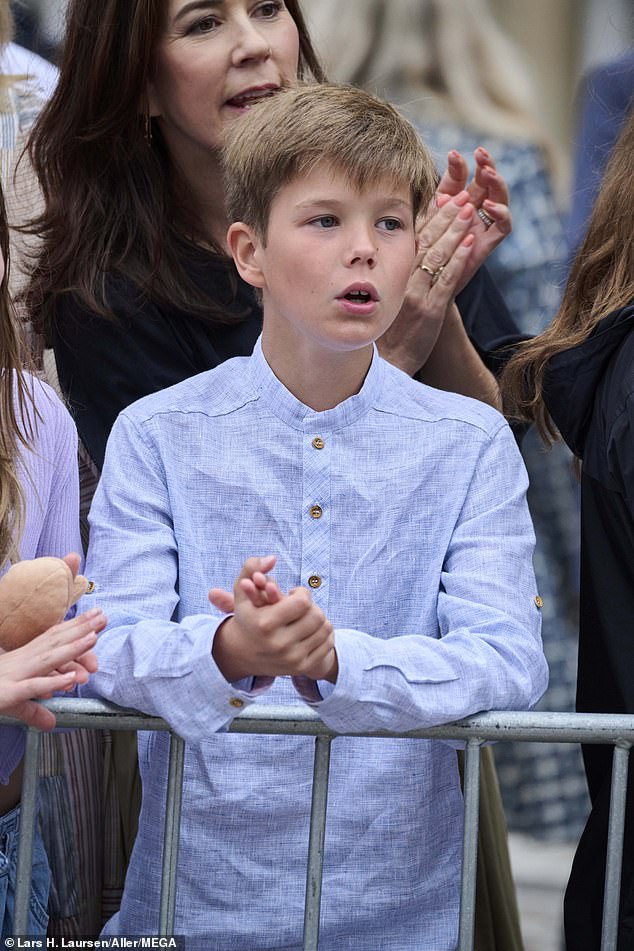 Prince Vincent, 11, the older twin brother of Josephine, clapped along with his mother

The stage went past the city’s other best known landmarks, including the Little Mermaid statue, sitting on her perch at the entrance of the harbour.

Prima, Crown Prince Frederik rode the route. ‘It is great to see the great support for the Tour at home.

There are two more stages in Denmark this weekend, including crossing the Great Belt Bridge that links the Zealand island, where Copenhagen sits, and the central isle of Funen.