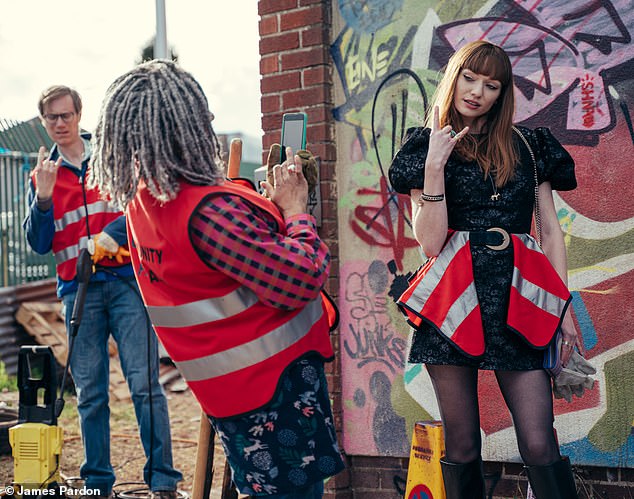 The new series from Stephen Merchant (above, with Clare Perkins and Eleanor Tomlinson), The Outlaws, had been billed as a drama-comedy, a ‘dramady’

I kept waiting for Merchant to pull the rug from under my feet in some way, and subvert all this nonsense, but, in this first episode at least, the rug stayed put.

This did not have a naturalist, handheld air like most modern comedies have had since The Office. Instead, it has a stilted, sitcom feel where nothing is even remotely believable while Walken proved distracting. (Why, Christopher, why?)

Also, some of the jokes were older than I am and I am quite old. ‘I have library books that have been out more than me,’ says Rani about her sad social life. One joke did make me laugh.

Meanwhile, the drama element also felt second-hand. That tonal swerve into gritty thriller territory, for example, is everything you’ve ever seen in Top Boy, while Darren Boyd’s storyline put me in mind of Tom Wilkinson’s character in The Full Monty, who also pretended to his wife that all was going great guns at work.

All this said, however, I did think Boyd was outstanding. Certainly, his was the only character I felt anything for at the end. But, overall, I’m going to have to conclude that thramadies aren’t really my thing. 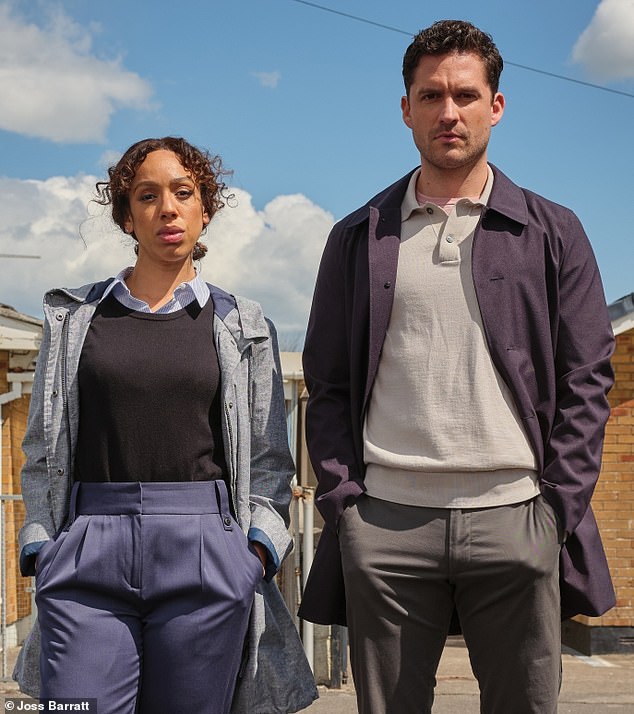 From the opening drone shots of the sea, you knew you were in Broadchurch-ian territory and prayed it wasn’t going to be a sub-Broadchurch-ian affair, but that, I’m afraid, is what it was.

Plus, as one person came under suspicion then another, I did end up with a bad case of Red Herring Fatigue.

Naturally, Venn has flashbacks to childhood trauma, here connected to the local evangelical sect, the Barum Brethren, where he was brought up until he was cast out as a late teen due to their homophobia.

That was compelling, almost.

But given the way it dragged glacially over four nights, perhaps it should have been The Long, Long, Long Call?

STEPHEN GLOVER: If Meghan Markle really wanted to fight for the truth, she would come to court. And, in a land of liberty, judges who are not awed by Royalty and cherish a free Press would allow a trial The Duchess o...