DEBORAH ROSS: Jesus, Mary, Joseph and the wee donkey. What a TV year! 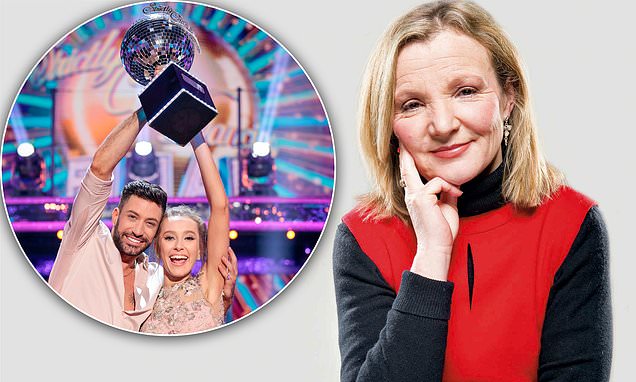 Jesus, Mary, Joseph and the wee donkey. What a TV year!

Forget the Baftas, forget the Emmys, forget the Golden Globes – here are the Ross Awards, the only TV gongs that matter…

The Best TV Moment Of The Year Award

It should be Kendall, or Rose and Giovanni, but our judging panel, which consists of me, have opted for Clarkson’s Farm for the sheer pleasure of having Gerald turn up in person to accept it. 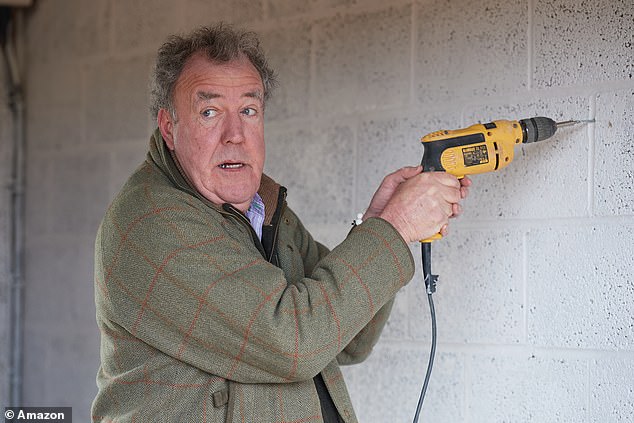 Our judging panel, which consists of me (Deborah Ross), have opted for Clarkson’s Farm (above) for The Best TV Moment Of The Year Award

The New Great British Bake Off (NO IT ISN’T) Award

The jewellery one, All That Glitters: Britain’s Next Jewellery Star (BBC iPlayer) with the seemingly embalmed judges and the carpentry one, Handmade: Britain’s Best Woodworker (All4). ‘Will Jane finish her bookcase in time? Will she? Will we see her sanding some more? Oh, there you have it.’

However, we do like the sewing one, The Great British Sewing Bee (BBC iPlayer) – Esme and Patrick, the dream team – and the pottery one (The Great Pottery Throw Down, BBC iPlayer) with Big Crying Man.

Most Hypnotically Boring Show Of The Year

Much as you thought to yourself ‘This is boring, I’ve never been more bored, this is boredom like you wouldn’t believe, even the tips of my fingers and my eyelashes are bored’, you could not tear yourself away.

The panel was blown away by how boring yet hypnotic this was.

The Special ‘Death By Peloton’ Award

Big in the Sex And The City reboot, And Just Like That (Sky/NOW). However, I think we can consider it a mercy killing.

‘A mercy killing,’ any coroner in their right mind would say. ‘At least someone was put out of their misery,’ any coroner might have added.

The Most Horribly Misguided Reboot Award

The cast was more diverse but, from what I saw, the black characters and non-binary characters were only present so the straight, white characters could learn lessons about themselves. Ugh, ugh, ugh, a million times over.

Kim Cattrall (Samantha) refused to return. She may be high-fiveing herself at this very moment.

The ‘With Hindsight I Should Have Given It Fewer Stars’ Award

Landscapers (Sky/NOW), the drama about Christopher and Susan Edwards, who murdered her parents. I gave it four stars, but on reflection I can see I was seduced by its stylish inventiveness and treatment of true crime as black comedy.

But it was strangely unsatisfying, I now think, because it paid no attention to the victims, and none to the fact that this was a coldly calculated, premeditated double murder.

What we wanted to know was: when did they sit down and plan it? (On the plus side, it did star Olivia Colman, who can’t help being great in everything.)

The Ending That Wasn’t An Ending Award, Goddamn It

The winner has to be the recent courtroom drama You Don’t Know Me (BBC iPlayer), and that ending.

All details have now been passed to the National Society for the Necessity of Proper Conclusions, which is investigating, but it doesn’t look good for the show.

‘We believe this series denied viewers their right to a Proper Conclusion,’ a spokesperson has already said.

Could be given to any of those formulaic posh-house/kitchen-island thrillers with bannister-less staircases and raw cement walls and titles like Too Close, Close To Me, Close To Us, Getting Closer, That’s Close Enough, and so on.

That said, the winner has to be Angela Black (ITV Hub) for trading so excitedly on female fear and for its message to victims of domestic abuse: don’t inform the police or assume you have right on your side or anything like that. Just turn vigilante, love.

The ‘Come On, Buckells Can’t Be H!’ Award

A tough category – I got very heated with myself! – but in the end it was decided that Line Of Duty (BBC iPlayer) had to be the winner. 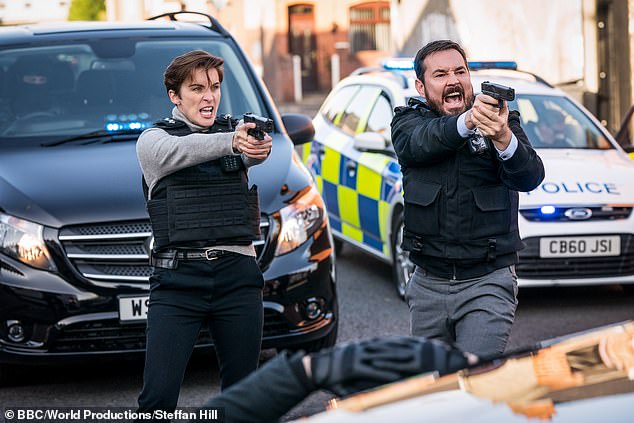 Line Of Duty, starring Vicky McClure and Martin Compston (above), wins the ‘Come On, Buckells Can’t Be H!’ Award

We are hoping Joseph, Mary, Jesus and the wee donkey will collect the award on the night, and I can’t wait to see what they’ll be wearing.

(As has already been leaked, Mary has opted for Oscar de la Renta, while the wee donkey will be dressed from Armani’s wee donkey range from A/W 22.)

The ‘I Never Expected To Cry Throughout Like A Baby But Did’ Award. (Sponsored by Kleenex)

The winner has to be the Strictly final (BBC iPlayer). The finalists – Rose and Giovanni, John and Johannes – were bliss, frankly. 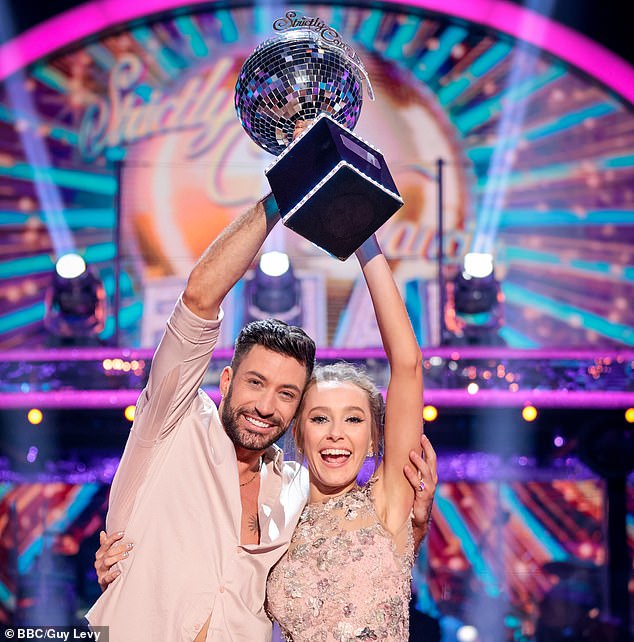 Rose Ayling-Ellis and Giovanni Pernice (above) rightly won the glitterball. They touched each other’s hearts and ours and anyone who happened to be passing

It wasn’t just their sublime dancing, but the way they touched each other’s hearts and ours and anyone who happened to be passing. Rose and Giovanni rightly won the glitterball.

She is the first deaf person to appear on Strictly but, more, she was just so full of joy and loveliness, and something shifted within Giovanni, you could tell. I’m welling up again! (Runner-up: It’s A Sin (All4).)

Davina McCall: Sex, Myths And The Menopause (All4). This shone a light on an otherwise little- discussed subject, even though it affects, let me see, 51 per cent of the population. And one out of every one woman.

It was less a documentary, more a rallying call. ‘Women! No more fanning ourselves apologetically – sorry, sorry, sorry – for an entirely natural process that comes about just because we are not dead yet!’

Award For The Series That’ll Ruin Your Holiday (If We Ever Get To Go On Holiday Again, That Is)

The White Lotus (Sky/NOW), the excellent comedy drama about rich people holidaying in a luxury resort, which had an unfortunate consequence because now you’ll never be able to go away without thinking that the staff despise you.

One tip: if you do visit such a resort, don’t lead the spa lady into thinking you’re about to invest in her. It’s not nice. It’ll break her heart.

Kate Winslet in the grippingly desolate thriller Mare Of Easttown (Sky/NOW). She had bulgy bits, of which she was not ashamed, and had sex which, television usually tells us, isn’t for women with bulgy bits.

I am now reconciled to my own bulgy bits, which I have called Fiona, Jane and Michelle.

Vigil (BBC iPlayer). It was terrible. You don’t semi-drown in a torpedo tube and then emerge with perfect hair and make-up. Submarines aren’t laid out like that.

It’s A Sin, Mare Of Easttown, The White Lotus, Succession. We are hoping Gerald will present this award at the ceremony, and he said he would be thrilled. 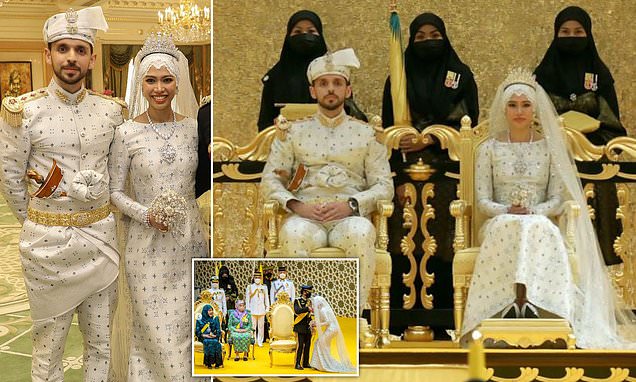 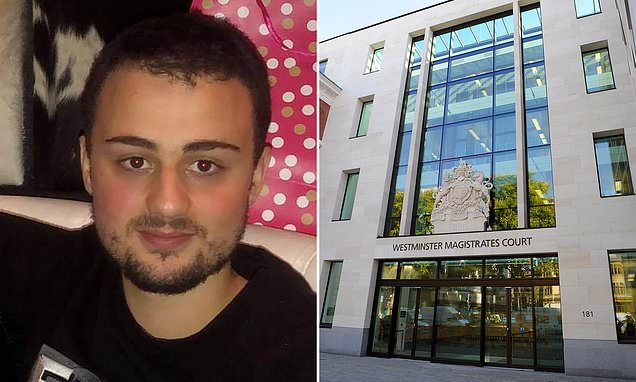