Pee pals! Dolphins can recognise their friends by tasting their URINE, study reveals

Similar to how dogs sniff urine left by other dogs, dolphins can recognise each other by tasting their urine, a new study reveals.

Dolphins do not have olfactory bulbs, so they have to identify which other dolphins have been in the area using taste, researchers say. 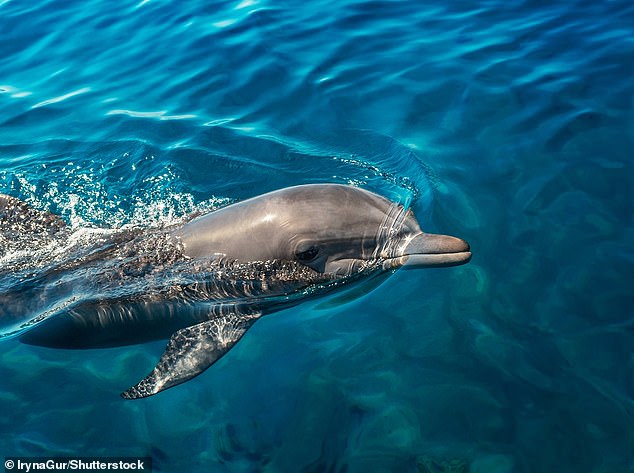 Dolphins may also be able to extract biological information from others’ urine, such as reproductive state.

The new study was led by Dr Jason Bruck, an assistant professor of biology at Stephen F. Austin State University in Nacogdoches, Texas.

For the new study, Bruck conducted experiments in Bermuda and Hawaii at facilities where the public and scientists can view and meet dolphins in sheltered lagoons.

Overall, the dolphins spent around three times as long sampling urine from those they knew – a stronger indicator of recognition.

Bottlenose dolphins use signature whistles to selectively address specific individuals, and can remember these for over 20 years.

‘We may find that oil spills, chemical runoff and other human effects can impede the dolphins’ natural ability to chemically signal to one another,’ he said.

The study, which was also authored by experts at the University of St Andrews in Scotland, has been published in the journal Science Advances.

Dolphins whistle to each other as part of a male bonding ritual and rely on ‘wingmen’ to vie for the affection of potential mates, research has found.

This research, led by the University of Zurich, found that groups of male bottlenose dolphins will work together to compete with rival groups over access to females.

Read more: Dolphins WHISTLE to each other as part of male bonding ritual