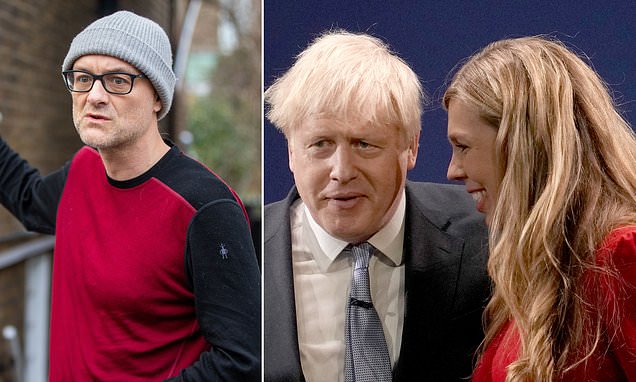 Dominic Cummings has branded Boris Johnson a ‘babbling f***wit’ who has not ‘got the balls’ to stand up to his ‘forceful’ wife Carrie.

In a rare interview, the former No10 chief swiped that the PM saw himself as a ‘king’ or ‘Roman emperor’ and only cared about big infrastructure projects that would act as monuments to himself.

But he swiped that in reality the Tory leader was a ‘f***wit’ obsessed with ‘babbling’ to the media rather than ‘important’ policy problems.

Mr Cummings said Mrs Johnson had been running a ‘disastrous’ shadow briefing regime from their No11 flat, and his former boss was unable to tell her ‘I’m prime minister’.

The intervention, in an interview with New York magazine, came as Mr Johnson awaits the verdict of top civil servant Sue Gray and the police on Partygate allegations.

Mr Cummings has been instrumental in stoking the crisis for the PM, having highlighted a series of potential lockdown breaches at No10.

He told the magazine that he viewed getting rid of Mr Johnson as ‘an unpleasant but necessary job’. ‘It’s like sort of fixing the drains,’ he said.

The maverick ex-adviser said Mr Johnson had been useful for delivering Brexit and defeating Jeremy Corbyn in 2019.

‘But after that what’s the point of him and Carrie just rattling around in there and f***ing everything up for everyone and not doing the job properly?’ he added. 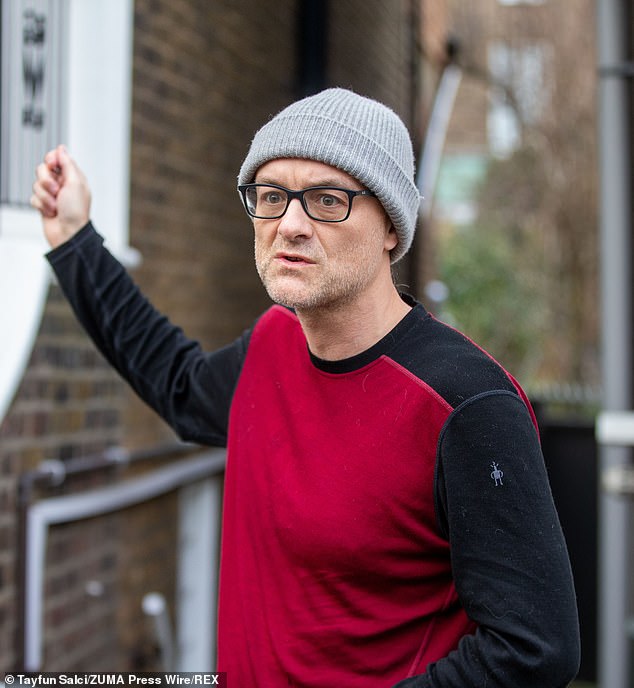 In a rare interview, former No10 chief Dominic Cummings (pictured in London last week) said removing the premier from power was ‘an unpleasant but necessary job’ 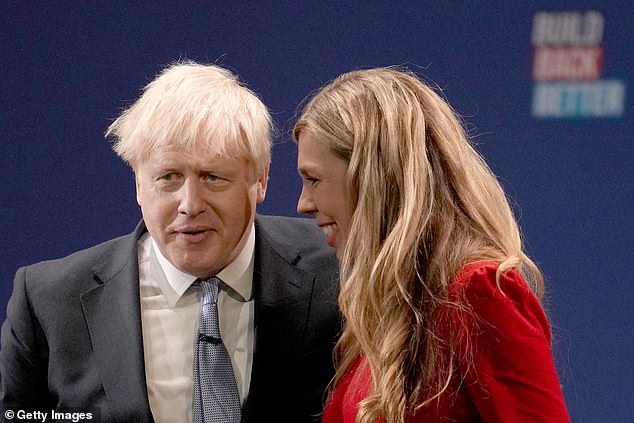 Mr Cummings said Mrs Johnson had been running a ‘disastrous’ shadow briefing regime from their No11 flat, and her husband was unable to tell her ‘I’m prime minister’

Boris Johnson is facing demands to ‘end the circus’ on Partygate today as he braces for Sue Gray’s report – with allies hoping he has steadied the ship.

The PM is gearing up for another brutal week with the senior civil servant expected to deliver her findings on lockdown breaches in Downing Street as early as tomorrow.

Although Ms Gray is believed to be watering down her report at the request of Scotland Yard, any criticism could reignite the simmering revolt in the Tory ranks.

The allegations before the inquiry include that Carrie Johnson‘s friends held an Abba ‘victory party’ in the No11 flat after Dominic Cummings quit.

In interviews this morning, Foreign Secretary Liz Truss insisted Mr Johnson will lead the party into the next election. Asked if she was tempted to challenge for the top job, Ms Truss said: ‘There is no contest. There is no discussion.’

The mood among MPs has cooled significantly over the past week, after the extraordinary ‘Pork Pie plot’ fizzled out.

In another boost for the premier, there were more fledgling signs of a Tory poll recovery.

The ongoing rows have taken a huge toll on the Conservatives‘ popularity and that of Mr Johnson personally. But research for Opinium is the latest to suggest the party might be clawing back some ground.

Labour’s 10-point lead from a fortnight ago has been trimmed back to five points, with the PM’s ratings coming off rock bottom.

Mr Johnson is also believed to be planning a major clearout of No10 staff as part of ‘Operation Save Big Dog’ after the Gray report surfaces.

However, he has risked a Tory backlash on another front today by vowing that the £12billion national insurance hike will go ahead in April.

Mr Cummings said he had become disillusioned with Mr Johnson ‘going on and on’ about whether Big Ben would ‘bong for Brexit’.

‘He sees his job as just to babble to the media every day. I saw the job as actually thinking about what’s important,’ he said.

‘And the truth is, almost all MPs agree with him and think I’m stupid.’

Mr Cummings described one episode where Mr Johnson ‘said to me, ”I’m the f***ing king around here and I’m going to do what I want”…

‘That’s not okay. He’s not the king. He can’t do what he wants. Once you realize someone is operating like that then your duty is to get rid of them, not to just prop them up.’

Mr Cummings insisted Mr Johnson asked himself ‘what would a Roman emperor do’.

‘The only thing he was really interested in — genuinely excited about — was, like, looking at maps. Where could he order the building of things?’

‘And it will have statues to me, and people will remember me after I am dead like they did the Roman emperors.’

Explaining his own departure from No10, Mr Cummings complained that Mrs Johnson is ‘very forceful’ and the PM had not ‘got the balls’ to resist her goading.

‘Carrie’s in his ear, saying to him: ‘All the media is portraying you as a puppet, you’re the one who won the election, you should be the one who seems in charge,’ the ex-aide said.

‘It’s all very damaging that you’re seen as a sort of buffoon who Cummings boots around.’ She wanted rid of me, and I also didn’t want to stay in that kind of dysfunctional environment. So, the whole thing just kind of snowballed.’

Mr Cummings said it was ‘perfectly reasonable’ for a PM’s other half ‘to have views about things’.

‘The problem was that she went into her own parallel briefing operation from the flat to the media, which is completely disastrous for government communications, particularly in a pandemic,’ he added.

‘She’s very forceful and he hasn’t got the balls to say to her, ‘Listen, I’m prime minister and this is what I’m doing.’

‘She thinks that she understands a whole bunch of things about politics and communications and whatnot. She doesn’t.’ 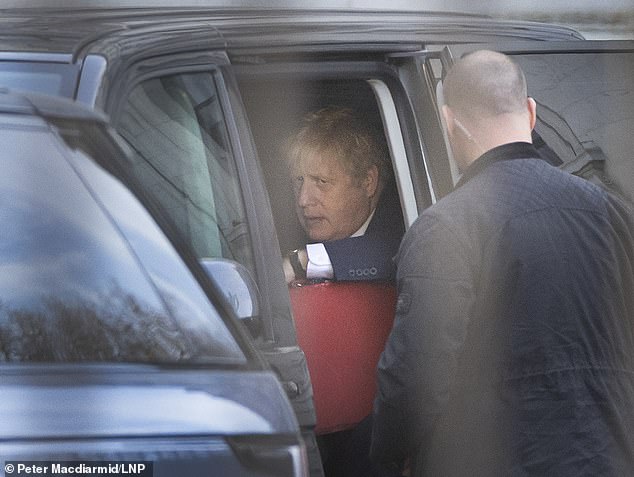