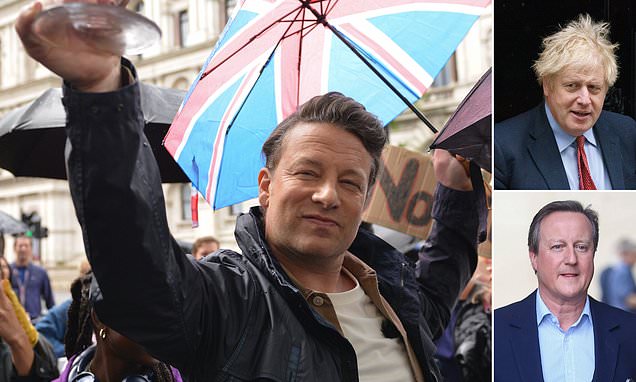 Nostradamus, I am not. Yet I was still able to forecast well ahead of time that Boris Johnson would renege on his promise to ban so-called ‘unhealthy’ buy-one-get-one-free and similar discount food offers.

Perhaps, if I had thought more about it, I could also have predicted that such a backtrack would cause Jamie Oliver to march on Downing Street in protest.

It was autumn 2020 when the Prime Minister, as part of a strategy to counter the ‘obesity epidemic’ (though it’s not contagious), declared that shops would soon no longer be able to offer such discounts on ‘unhealthy’ foods. The ban was to have come into force this October, but has now been ‘postponed for a year’.

The PM explained last week: ‘We understand the vital importance of tackling obesity. It costs the NHS huge sums of money . . . but there are some things at the moment where we think they make very little difference to obesity. They can affect people’s budgets, and . . . if people can save on their food bills with some offers, then I just think we’ve got to be flexible.’

When Johnson made his promise to ban ‘unhealthy’ meal deals, I recalled that Gordon Brown as PM in 2008 had made an identical pledge. Back then, I wrote: ‘At a time of sharply rising food prices, when the least well-off are desperately looking for bargains, Gordon Brown apparently intends to make it more difficult for them.’ 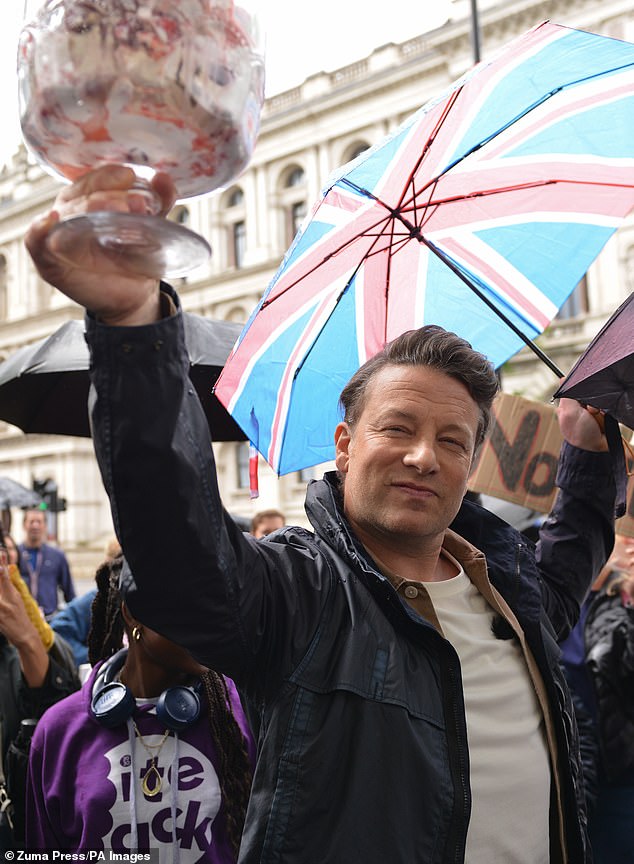 It never happened, of course, which is partly why I was confident Johnson would also back down. And that was before the recent shocking rise in food prices, a much steeper one than in 2008.

The Conservative Party leader then, David Cameron, was also determined to impress with his opposition to ‘unhealthy eating’, and praised the hugely successful food impresario Jamie Oliver, who had campaigned on this matter.

In 2006, then a mere education spokesman, Boris Johnson had infuriated Cameron by telling a fringe meeting at the Conservative Party Conference: ‘If I were in charge, I would get rid of Jamie Oliver and tell people to eat what they liked.’

Cameron made Johnson apologise. But Jamie Oliver neither forgave nor forgot. In the immediate aftermath of the Brexit referendum in 2016, when it briefly seemed that Johnson might succeed Cameron, the TV chef raged on Instagram: ‘Give me Boris f*****g Johnson as our Prime Minister and I’m done. I’m out. My faith in us will be broken for ever.’

But he continued to grace us with his presence even after Johnson became PM in 2019. Last week, carrying a bowl of Eton mess — subtlety has never been his strong point — Oliver led around 200 supporters in a Downing Street protest against the dropping of the plan to ban ‘unhealthy’ discounts.

For the record, Jamie Oliver’s Eton Mess recipe calls for 300g caster sugar, 250ml double cream and some icing sugar on top of that. I’ll take it as part of my calorie-controlled diet, any day.

Funnily enough, you can pick up some ‘meal deal’ savings in the Jamie Oliver Deli range at Shell filling stations (he has a tie-in with the oil firm). 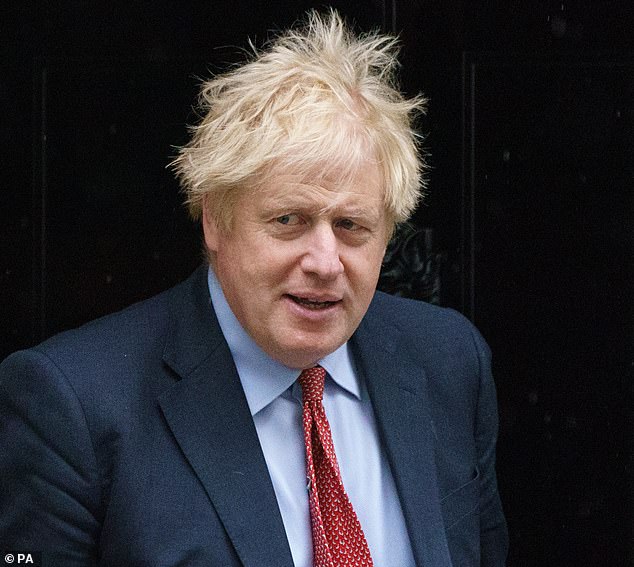 Nostradamus, I am not. Yet I was still able to forecast well ahead of time that Boris Johnson would renege on his promise to ban so-called ‘unhealthy’ buy-one-get-one-free and similar discount food offers

Among the offers are a Jamie Oliver BLT triple sandwich — with as many calories as a Big Mac. Buy this with some crisps and a sugary drink, and you save £1.89. Lovely jubbly.

The trouble is, there’s not really such a thing as ‘unhealthy’ food. In moderation, anything is OK and offers nutrition. There is, though, such a thing as over-eating. There is no doubt obesity rates have soared in the Western world, as people —not all of us, obviously — consume more than our bodies can healthily absorb.

For a growing number, this has led to Type 2 diabetes, as metabolisms fail to cope with elevated blood sugar levels. The result can be amputation, because of the adverse effect on blood circulation, most commonly in the feet.

This was brought home to me a few years ago, when I encountered someone I had not seen for a long time. He had always been very obese, but I was shocked to see him, much paler than I had remembered, moving with the aid of a frame — this was because he now had only one leg.

In fact, the NHS has had much recent success in countering the threat of this illness through its Diabetes Prevention Programme. Those enrolled get advice on how to eat more healthily, and on appropriate exercise. In March, the NHS announced that this had succeeded in reducing by 7 per cent the number of new diagnoses of Type 2 diabetes in England between 2018 and 2019.

This seems a much more sensible approach than the blunt instrument of making it more expensive for people to buy the food they want to eat. The latter method does not change minds about, for want of a better word, lifestyle. It would, however, be a form of collective punishment for families across the country, many of whom do not eat excessively.

And in its very nature, it is targeting most the poorest, for whom food discount-hunting may be born of necessity rather than greed.

Nor are the international precedents entirely encouraging. In 2011, Denmark introduced a ‘fat tax’, affecting a wide range of everyday foodstuffs. It was abolished after not much more than a year, when the government admitted it had not changed people’s eating habits. 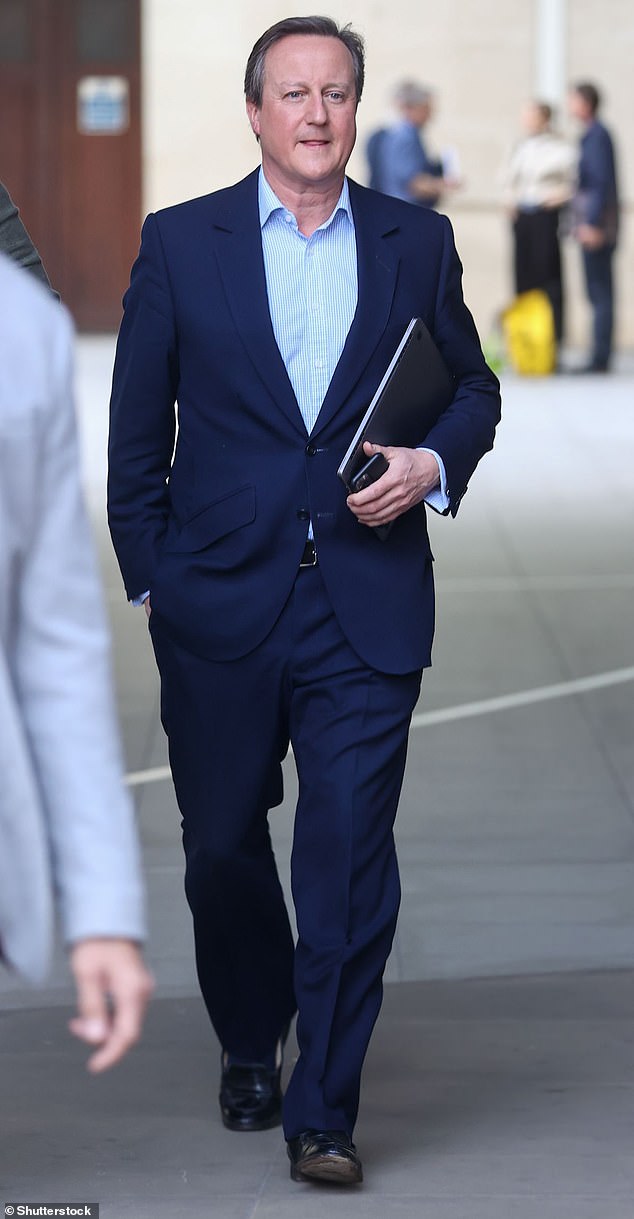 The Conservative Party leader then, David Cameron, was also determined to impress with his opposition to ‘unhealthy eating’, and praised the hugely successful food impresario Jamie Oliver, who had campaigned on this matter

Perhaps this was what Boris Johnson had in mind when he appeared to be referring to the ‘Bogof’ ban as something that would ‘make very little difference to obesity’. Indeed, the Government’s own ‘impact assessment’ suggested it would reduce the average person’s energy intake by just eight calories a day.

So why even think of introducing it at a time of extraordinary pressure on household budgets? Public Health England, which supported a ban on ‘unhealthy’ food discounts, admitted that ‘during the high inflationary period of 2008-2010, promotions were a useful coping strategy for shoppers to manage the worst effects of food and drink inflation. Many shoppers increasingly selected items offered on promotions to help them save money.’

I am grateful to Christopher Snowdon, Director of Lifestyle Economics at the Institute of Economic Affairs, for excavating this admission from the archives.

He also points out that what is officially defined as ‘unhealthy food’ — and therefore in line to have been banned from discount promotions — is much wider than people might imagine, and certainly wider than what is commonly thought of as ‘junk food’.

So the list of ‘unhealthy foods’ drawn up by the Department of Health includes ‘products made from potato, other vegetables, grains or pulses’. Also ‘ready-to-eat cereals, granola, muesli, porridge oats, and other oat-based cereals; bars based on one or more of nuts, seeds or cereal’.

At a time like this, how could it make sense for the Government — especially as few, if any, of its members have the least personal experience of poverty — to ban by law discounts on meal offers with such nutritious ingredients?

Boris Johnson has often been criticised for his tendency to make U-turns, or to renege on commitments. But on this occasion, his sharp handbrake turn is eminently sensible. With the delightful bonus of annoying Jamie Oliver. 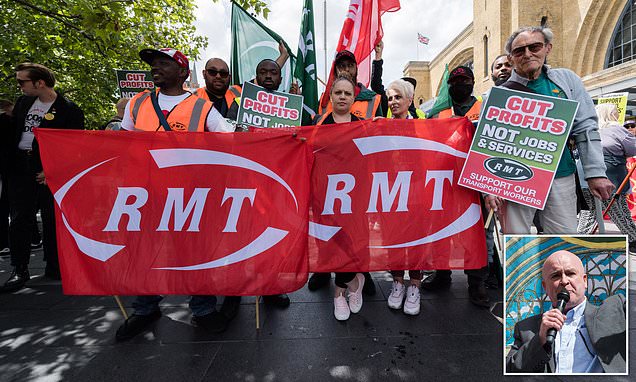