DOMINIC LAWSON: The Left love lockdowns – and few more so than the longtime communist who’s one of the BBC’s favourite ‘experts’

So who did the BBC line up as its first and only ‘expert’ to pass instant judgment on the Prime Minister’s televised announcement on Saturday of measures to address the new Omicron Covid variant?

Professor Susan Michie, that’s who. Michie was highly critical of what she saw as the inadequacy of the Government’s response, which includes mandatory face masks in shops and on public transport and self-isolation for contacts of anyone testing positive for Omicron, as well as for anyone arriving in this country until they have a negative PCR test.

According to Professor Michie, who sits on the Government’s SAGE committee as a health psychologist but speaking to the BBC on Saturday in what was described as ‘a personal capacity’, this was simply not enough.

Professor Susan Michie has spoken at events organised by the ‘Zero Covid Campaign’, which has consistently agitated for Britain to follow the policy still operating in the People’s Republic of China 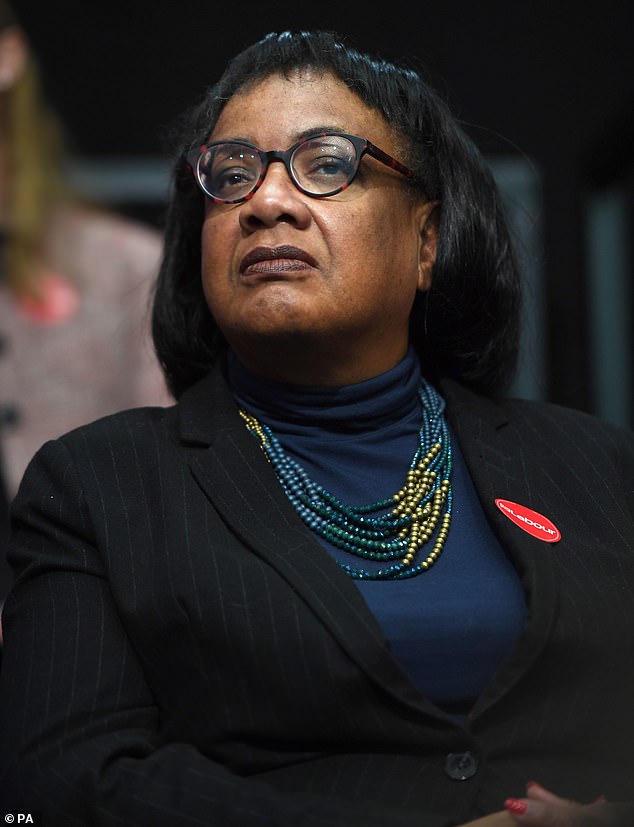 ‘What we got is Plan B Light. What we need is Plan B Plus,’ Michie declared. She did not fully elaborate exactly what this would mean.

Allow me to explain. Professor Michie has spoken at events organised by the ‘Zero Covid Campaign’, which has consistently agitated for Britain to follow the policy still operating in the People’s Republic of China: to lock down whole cities, and even regions, when there is any Covid outbreak.

That Michie should support this approach is predictable. She has been, for the past 43 years, an active member of the Communist Party of Britain.

Last year, when criticising the extent to which the UK did not completely emulate the approach of the Chinese Communist Party, she tweeted: ‘China has a socialist collective system . . . not an individualistic, consumer-oriented, profit-driven society badly damaged by 20 years of failed neo-liberal economic policies #LearnLessons.’

A similar approach is advocated by the so-called ‘Independent Sage’ group, on which Professor Michie also sits.

Its slogan is ‘Towards a zero-Covid UK’. It was founded by the former Government chief scientist Sir David King, who has accused the Johnson administration of ‘using the Covid crisis to privatise sections of the healthcare system’. 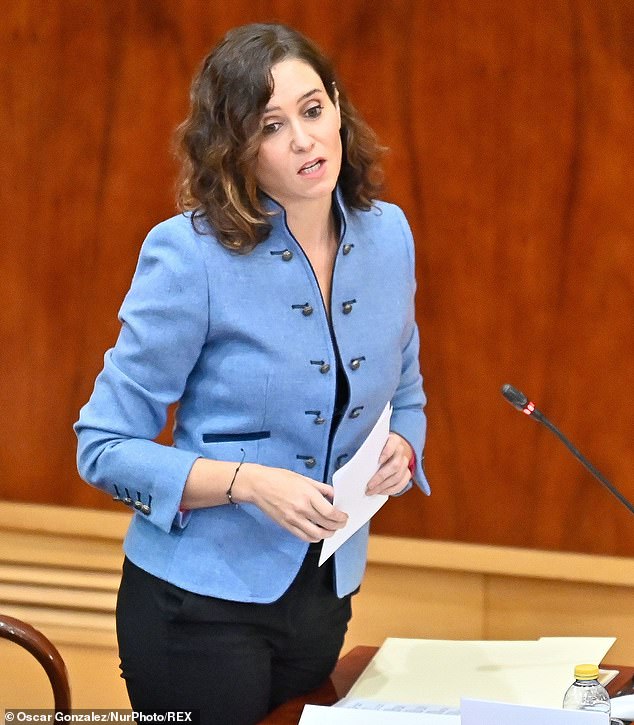 Isabel Diaz Ayuso (pictured), the president of Madrid’s regional authority, observed when attacking Spain’s equivalent of the Zero Covid Campaign, that many on the hard Left ‘think that citizens are better off locked up in their homes and living off subsidies’

Another leading member is a professor of public health, Anthony Costello, who has described himself as ‘to the Left of Jeremy Corbyn on economic and environmental issues’.

In fact, it is the diehard acolytes of the former Labour leader who constitute the parliamentary membership of the Zero Covid Coalition, which says it is ‘jointly convened by Diane Abbott (formerly Corbyn’s Shadow Home Secretary) and the Morning Star’ — the daily newspaper of the British Communist Party.

It is unsurprising that politicians on the Leftmost fringes of the Labour Party and medical figures with similar opinions should advocate a ‘zero-Covid’ policy (which is as realistic as a ‘zero-flu policy’).

They are completely unconcerned about the havoc this would cause to businesses. Because if you think that profits are inherently ‘unfair’, why would you mind if firms were plunged into yet more losses?

Why not just put workers all on furlough again, and let the taxpayer take the strain?

Or, as Isabel Diaz Ayuso, the president of Madrid’s regional authority, observed when attacking Spain’s equivalent of the Zero Covid Campaign, many on the hard Left ‘think that citizens are better off locked up in their homes and living off subsidies’. 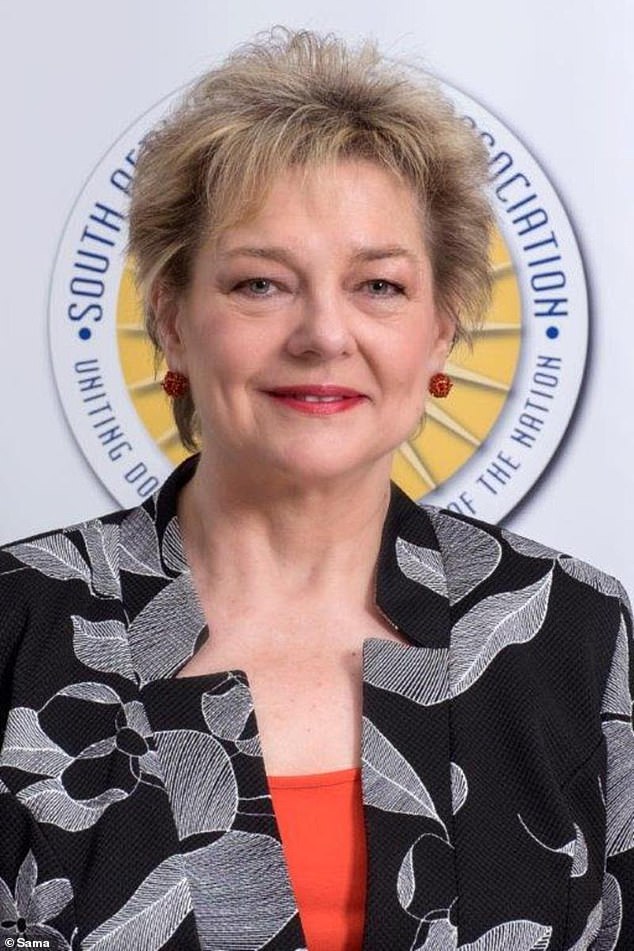 According to Angelique Coetzee, the chairwoman of the South African Medical Association, Omicron ‘presents as mild disease, with symptoms being sore muscles and tiredness for a day or two’

More broadly, they believe any degree of state control is permissible in pursuit of their objectives.

I say that as someone who wrote in support of the original lockdown in this country.

But the situation then was completely different from what it is now. We had no vaccines and our understanding of what treatments could assist those hospitalised with the virus was minimal: it was pretty much ventilation or bust.

Whereas when, in July this year, the Government removed almost all restrictions — to the fury of the zero-Covid crowd, who claimed it would lead to our hospitals being overwhelmed — the mortality rate for those contracting the virus was only 0.085 per cent.

As Meaghan Kall, the lead epidemiologist for what was then Public Health England pointed out at the time, this was 20 times lower than the infection mortality rate had been when the virus was at its peak and we didn’t have the vaccines or treatments that are now available.

To be clear: we don’t know how effective the existing vaccines will be in reducing the possibility of serious illness or death from Omicron.

The new variant contains a startling number of mutations in its ‘spike’ protein — and so might make the vaccines we have had less efficient at ‘recognising’ the intruder.

But as Professor Brendan Wren, professor of vaccinology at the London School of Hygiene and Tropical Medicine, wrote in Saturday’s Daily Mail: ‘Even if our vaccines are less effective [against the Omicron variant], that does not mean that we are going back into the world of early 2020.

‘So far our vaccines have worked against all variants of the virus that have been discovered.’ 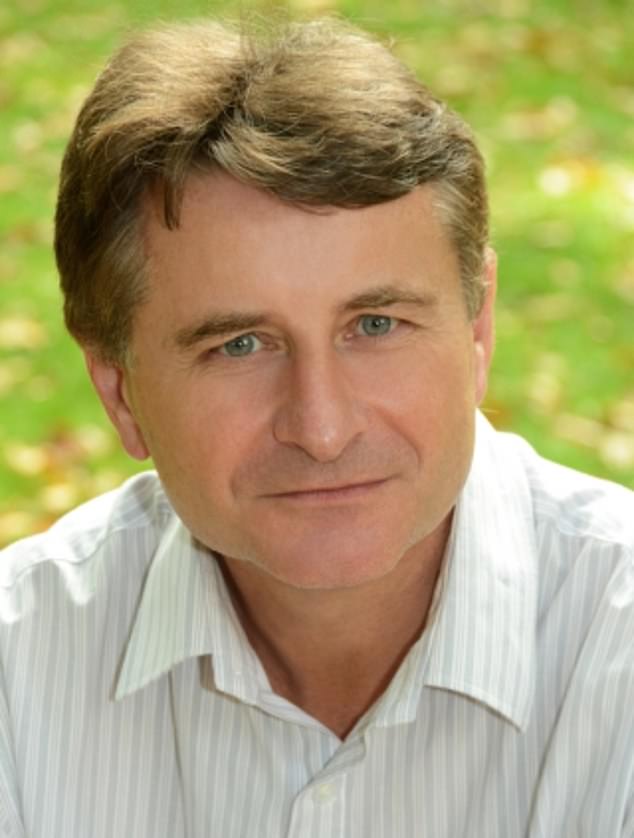 Professor Brendan Wren, professor of vaccinology at the London School of Hygiene and Tropical Medicine, wrote in Saturday’s Daily Mail: ‘So far our vaccines have worked against all variants of the virus that have been discovered’

But, as Professor Wren also noted: ‘Viruses mutate all the time. And when they do, they don’t always result in more virulent strains. Quite the opposite.

‘Over time, pathogens tend to become less deadly because a virus that kills its host quickly spreads less than one that doesn’t.’

This, according to a leading medical official in South Africa — the country whose scientists were the first to identify the latest new variant — may well be true of Omicron.

According to Angelique Coetzee, the chairwoman of the South African Medical Association: ‘It presents as mild disease, with symptoms being sore muscles and tiredness for a day or two . . . So far, we have detected that those infected do not suffer loss of taste or smell. They might have a slight cough.’

However, the unvaccinated do seem to dominate the cases now being seen in South African hospitals.

Rudo Mathivha, the head of intensive care at Soweto’s Baragwanath hospital, told reporters: ‘Young people in their 20s to just over their late 30s are coming in with moderate-to-severe disease. About 65 per cent are not vaccinated and most of the rest are only half-vaccinated.’

So far as Delta is concerned (which may well remain the dominant variant in the UK), it is also clear that the unvaccinated are, proportionately, at vastly greater risk than those who have had all their jabs.

Last week, the national medical director of NHS England, Professor Stephen Powis, declared: ‘The overwhelming majority of people being admitted to intensive care with Covid are not fully vaccinated.’

The question is: why should the entire country be forced back into a form of lockdown or deterred from going to work, principally to protect those who have foolishly chosen not to be vaccinated?

And what of China, the only country still chasing ‘total eradication of the virus’ and which, according to Professor Michie and the zero-Covid crowd, we should follow? 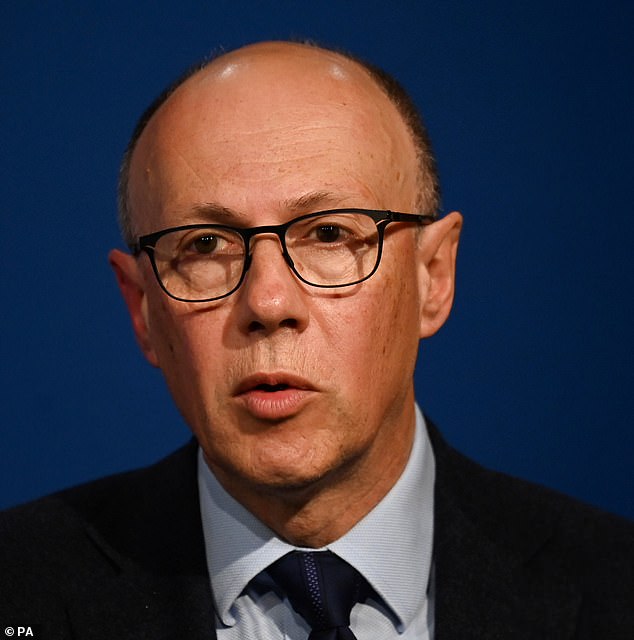 Last week, the national medical director of NHS England, Professor Stephen Powis, declared: ‘The overwhelming majority of people being admitted to intensive care with Covid are not fully vaccinated’

The situation is trickier there because China’s home-grown vaccines, by all accounts, are less efficacious than the ones given in the UK.

And, to be fair, Beijing’s draconian policies, with a seemingly endless series of lockdowns as any outbreak occurs, have resulted in strikingly low levels of Covid deaths (assuming that the official figures are reliable).

But the Chinese people and some in their medical establishment are now openly complaining that this policy cannot be sustained.

When, in the summer, Dr Zhang Wenhong, a leading infectious-disease expert in Shanghai, argued that China had to find a way of ‘living with the virus’, he was attacked as a ‘lackey’ of foreigners.

But it is intriguing that the editor-in-chief of Global Times, a leading state-run newspaper, this month wrote: ‘As China gradually becomes an isolated island in terms of exercising [a] zero-Covid policy, its advantage over the open model may decrease gradually.’

If even Communist China — as that state-sanctioned editorial hints — decides to retreat from its zero-Covid approach, perhaps that regime’s admirers in this country might finally do so, too.

DOMINIC SANDBROOK: Yes, it's Boris's darkest hour...But the greatest leaders have turned despair into triumph — he must learn from them Of all the great political virtues, the most underestimated is sheer resilience....