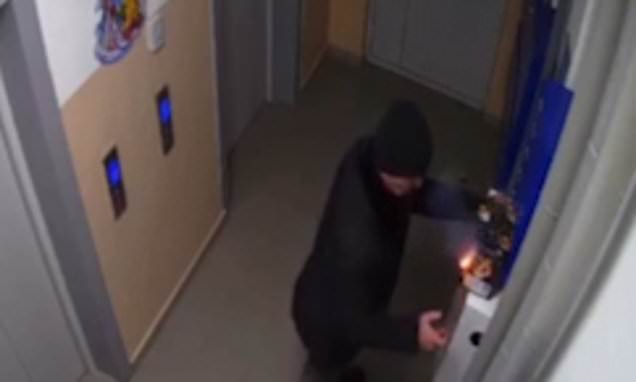 That’s one way to celebrate! Moment drunk man lights fireworks INSIDE his apartment block on NYE – before he wanders into street and they explode in his hands

This is the perilous moment that a drunk man lit fireworks inside his apartment block on New Year’s Eve – before wandering into the street as they explode in his hands.

The man in Khabarovsk, in eastern Russian, starts the security camera footage by stumbling while trying and failing to light the pyrotechnics.

After several attempts, he manages to light the fuse before nonchalantly picking up the box of fireworks intending to take them outside.

The box begins to explode as he leaves the room unflinchingly before the footage cuts to a shot of the outside where the man puts the box down and walks away casually. 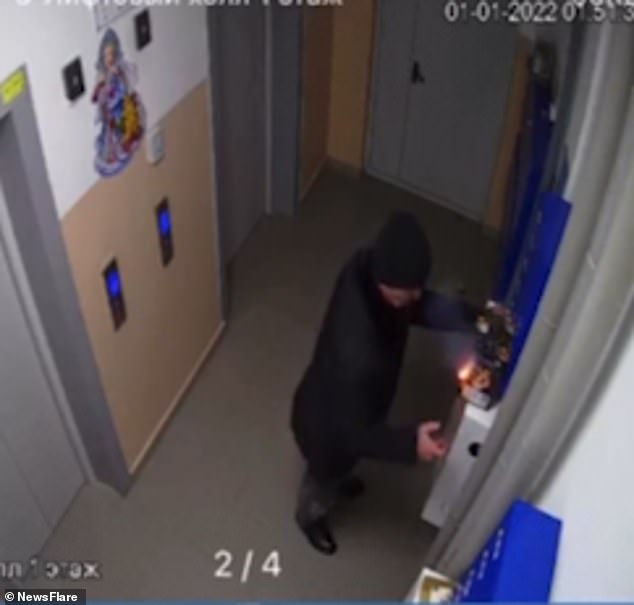 The incident was potentially a late New Year’s celebration, taking place a 2am on January 1.

Russian police are investigating the incident according to the federal Ministry of Internal Affairs.

A resident in the block of apartments told local media: ‘We have a common house chat. 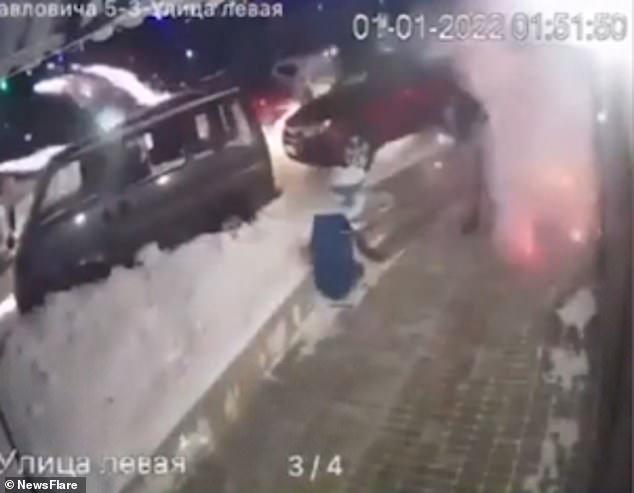 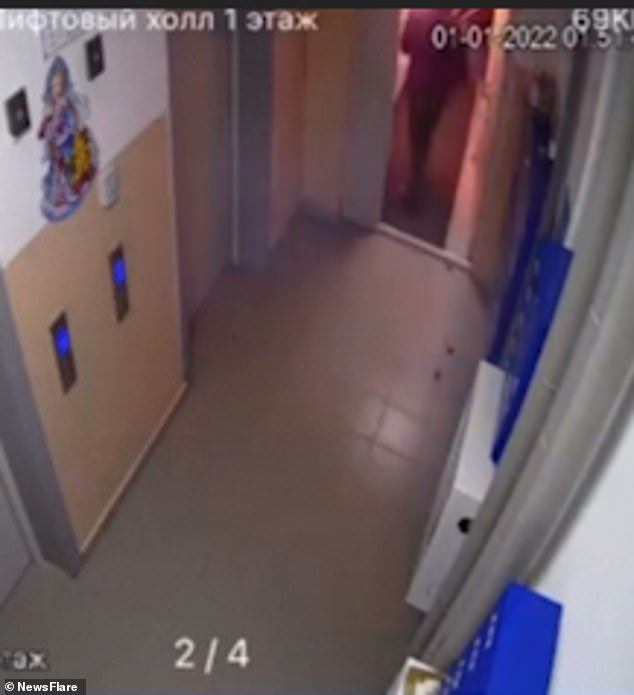 Even as the pyrotechnics exploded in his hands, the man still appeared to be unfazed 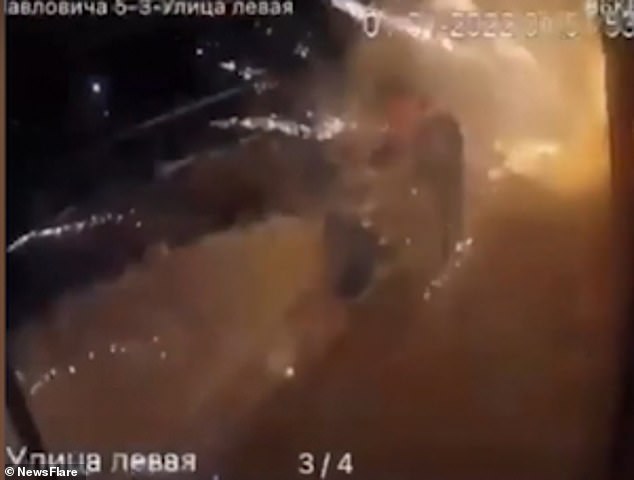 ‘One of our neighbors was the first to notice what had happened, she wrote an alarming SMS with a request to do something, since [fireworks] were fired in the man’s hands right at the parked cars nearby.

He also noted that police officers and emergency workers lived in the block.

‘Measures are being taken to establish the identity of the man depicted in the video.

‘At the end of the check, a legal and well-grounded procedural decision will be made.’ 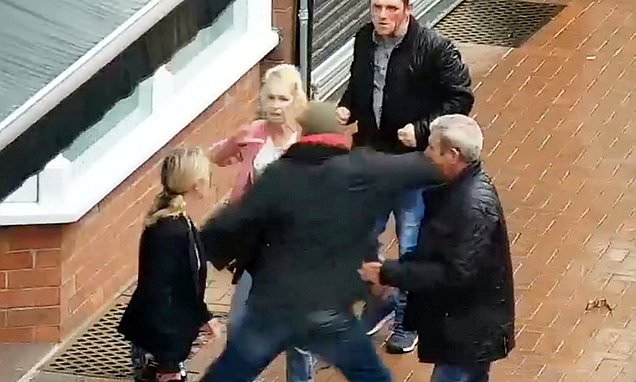 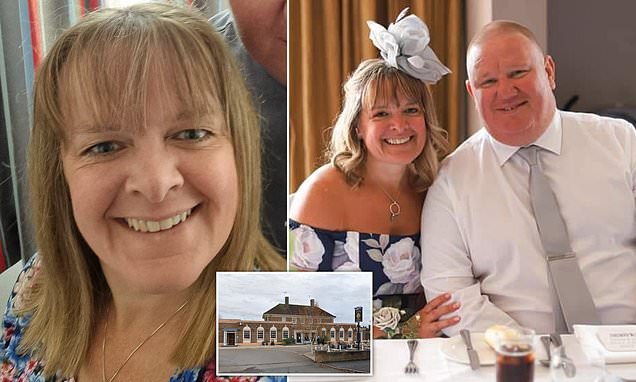 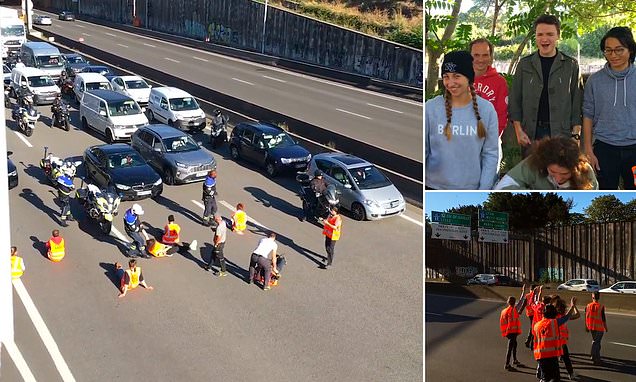 No surrender to the eco-mob in France! Hero drivers and police drag climate change activists off the road as they attempt to block traffic near ParisEco-activists were dragged out the road by French drivers headed to...