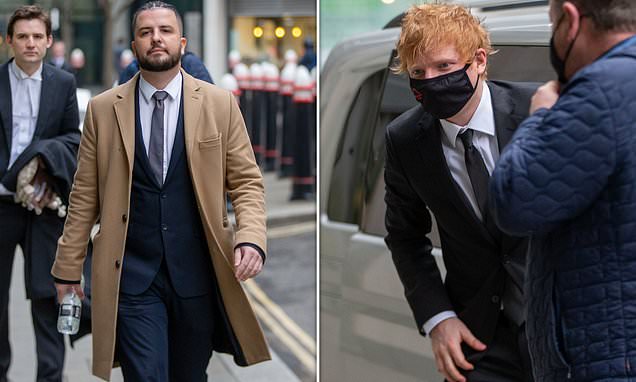 Ed Sheeran’s hit Shape of You is ‘coincidentally similar’ with ‘distinctive differences’ to song by grime artist who accuses him of copying, music expert tells High Court copyright trial

A music expert has given evidence to the High Court that Ed Sheeran‘s under-fire hit song Shape Of You is ‘coincidentally’ similar but has ‘distinctive differences’ to a song by another artist he is accused of copying.

American forensic musicologist Anthony Ricigliano wrote in his report to the ongoing copyright trial that it was ‘objectively’ unlikely that any similarities between Sheeran’s 2017 track and the song Oh Why by Sami Chokri are the result of copying.

Mr Sheeran denies that Shape Of You rips off the 2015 song by Mr Chokri – a grime artist who performs under the name Sami Switch.

Mr Chokri and his co-writer Ross O’Donoghue claim that a central ‘Oh I’ hook in Mr Sheeran and his co-authors’ song is ‘strikingly similar’ to an ‘Oh Why’ refrain in their own composition. 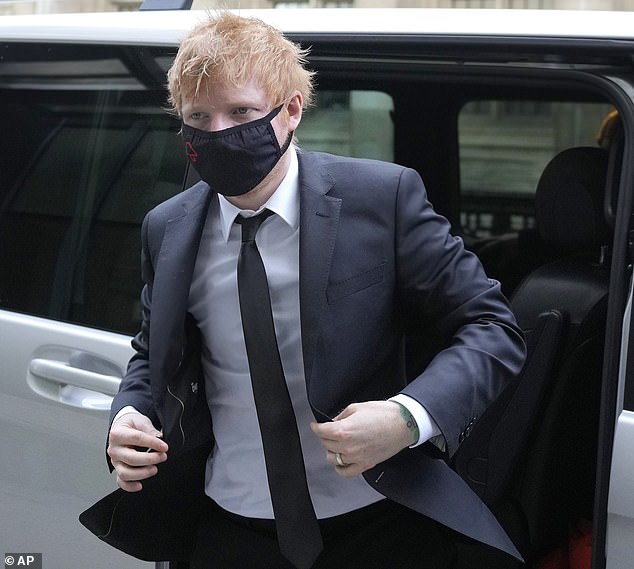 Musician Ed Sheeran pictured arriving at the Rolls Building, High Court in central London, as he defends the copyright trial against him over song Shape Of You

Musicologist Mr Ricigliano answered questions about his analysis of the two songs at the trial in London today.

Lawyers for Mr Chokri and Mr O’Donoghue allege that when the two songs’ melodies are transposed into the same key ‘the progression of notes is the same’.

They also claim the rhythm of the tracks’ melodies are ‘almost identical’, their use of instrumentation ‘creates a strikingly similar sound and texture’ and the vowel sounds in the chanted tune ‘further enhances the similarity in musical sound and texture’.

Mr Ricigliano, who was instructed by the Shape Of You co-writers’ lawyers but told the court he was ‘completely impartial’, said in a report that he considered the extent of the alleged similarities between the two songs to be ‘overstated’.

Mr Ricigliano added: ‘Such similarities as there are, when placed in context, in my view lack significance in relation to the allegation of copying from Oh Why.

‘They are commonplace forms of expression, both in terms of use by other writers and by Mr Sheeran himself.

‘My view is therefore that it is objectively unlikely that any similarities result from copying.’ 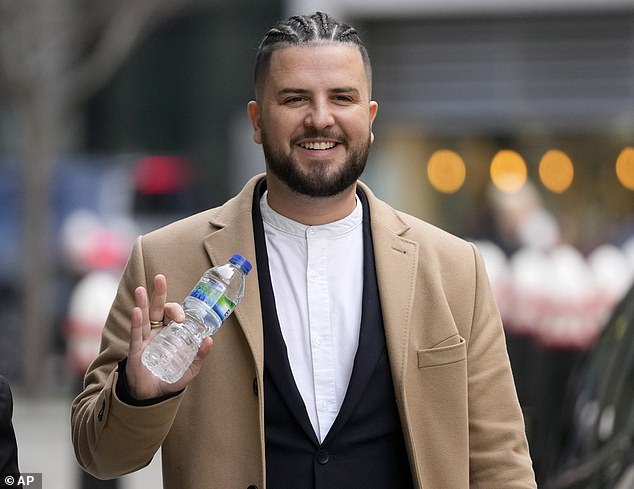 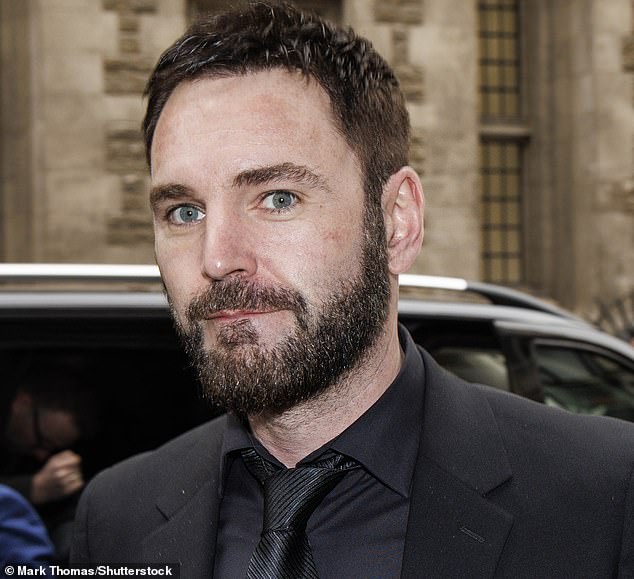 The three Shape Of You co-authors – Sheeran, Snow Patrol’s John McDaid (pictured) and producer Steven McCutcheon – launched legal proceedings in May 2018, asking the High Court to declare they had not infringed Mr Chokri and Mr O’Donoghue’s copyright

Mr Sheeran has argued in his written evidence that his song’s Oh I phrase uses ‘a basic minor pentatonic pattern’ which is ‘entirely commonplace’.

In his report Mr Ricigliano paraphrased a quote from composer Leonard Bernstein, writing: ‘The pentatonic scale is humanity’s favourite scale and is so well known that one can find examples of it from all corners of the Earth.’

In court, Andrew Sutcliffe QC, representing Mr Chokri and Mr O’Donoghue, asked the expert: ‘You accept don’t you Mr Ricigliano that despite all your research you have not found any examples in any corner of the earth over the past 200 years which sound phonetically the same as the chorus in Oh Why and the post chorus in Shape Of You.’

‘Do you not find this extraordinary?’ Mr Sutcliffe asked, with the expert replying: ‘No’.

The barrister described the two song phrases as appearing ‘within months of each other’ and suggested they sound ‘almost the same’.

‘I would disagree with the characterisation,’ Mr Ricigliano said, adding that the two are ‘coincidentally similar’ and there are ‘distinctive differences’.

The expert said that from his analysis of Mr Sheeran’s work there was ‘nothing in there that he did which doesn’t reflect back on what he had done before’, adding that his conclusion was that ‘this was written by him and his associates’. 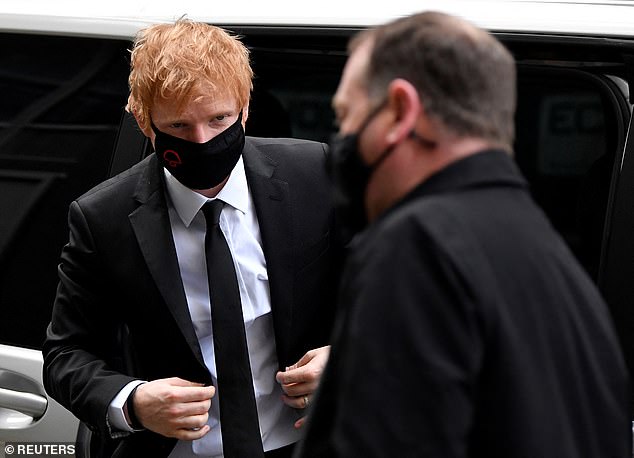 Producer Steve Mac, who co-wrote the track with Sheeran (pictured) and songwriter John McDaid, said the session, was so intense that he was left with ‘a headache’


Another music expert, Christian Siddell, who was instructed by Mr Chokri and Mr O’Donoghue’s lawyers, is due to give evidence this afternoon.

The three Shape Of You co-authors – Mr Sheeran, Snow Patrol’s John McDaid and producer Steven McCutcheon – launched legal proceedings in May 2018, asking the High Court to declare they had not infringed Mr Chokri and Mr O’Donoghue’s copyright.

In July 2018, Mr Chokri and Mr O’Donoghue issued their own claim for ‘copyright infringement, damages and an account of profits in relation to the alleged infringement’.

The trial before Mr Justice Zacaroli continues, with judgment expected at a later date. 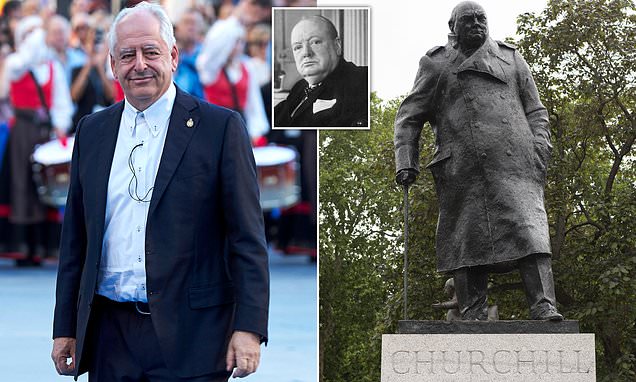 Churchill statue should be buried to ‘look down’ on it, says artist

Winston Churchill statues should be buried up to their waist so viewers can 'look down on them' says South African artist William KentridgeWilliam Kentridge, said Churchill is 'not a hero' to Indians starved during W... 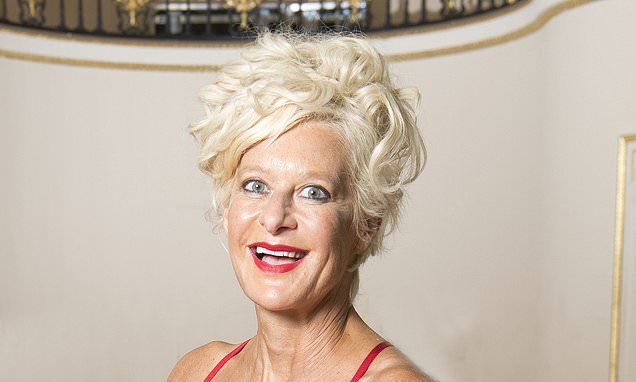 Royal lookalike artist Alison Jackson talks to ME & MY MONEY

Royal lookalike artist Alison Jackson tells ME & MY MONEY about her riches to rags (...to riches) tale: Family wealth all went to my brother Striking a pose: Alison Jackson now commands six-figure fees for h... 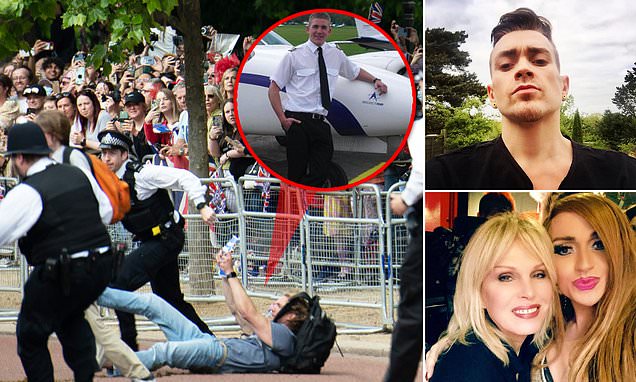 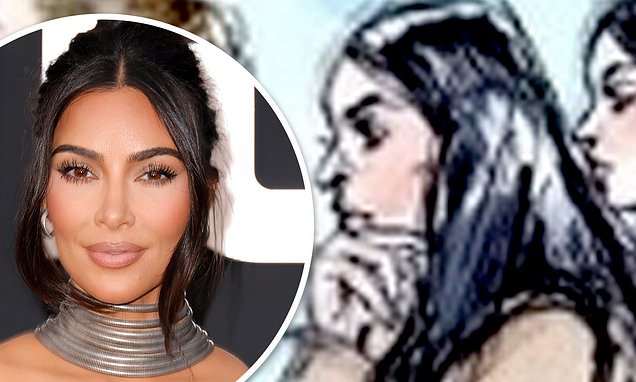