ESA whittles down aspiring astronaut applications from 23,000 to 1,391 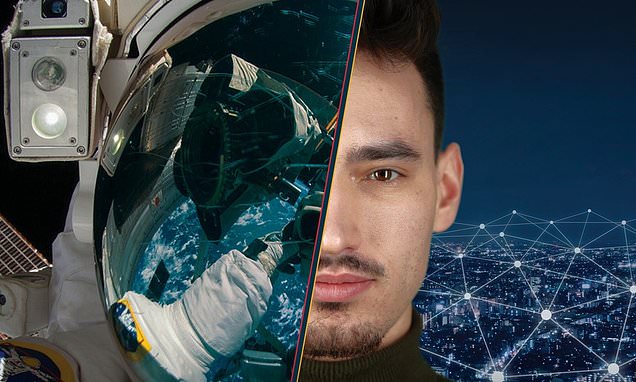 European Space Agency whittles down aspiring astronaut applications from 23,000 to 1,391 with the next stage to focus on cognitive, technical and personality tests

The European Space Agency has whittled down more than 23,000 aspiring astronaut applications to a shortlist of 1,391 who could potentially fly to space and the moon.

ESA is on the lookout for a new cohort of six space travellers who will spend time on the International Space Station and may one day land on the lunar surface.

The agency hasn’t said where in Europe the shortlisted candidates are from, but during the last round 1,900 of the 23,000 who applied were from the UK.

The UK Space Agency confirmed there are British candidates among the shortlist, but couldn’t say who they were, or how many had made it through to the next stage, where those remaining will undergo further testing.

Of the successful next round candidates, 39 per cent were female and 61 per cent male, according to ESA, with 29 ‘parastronauts’ out of 287 being shortlisted.

The call for applicants was made in March 2021, and ESA says it has taken longer than expected to whittle it down due to ‘a high volume and caliber of applications’.

The final announcement on the six full time astronauts, any ‘parastronauts’ and up to 20 reservists will be made by the autumn, the space agency said. 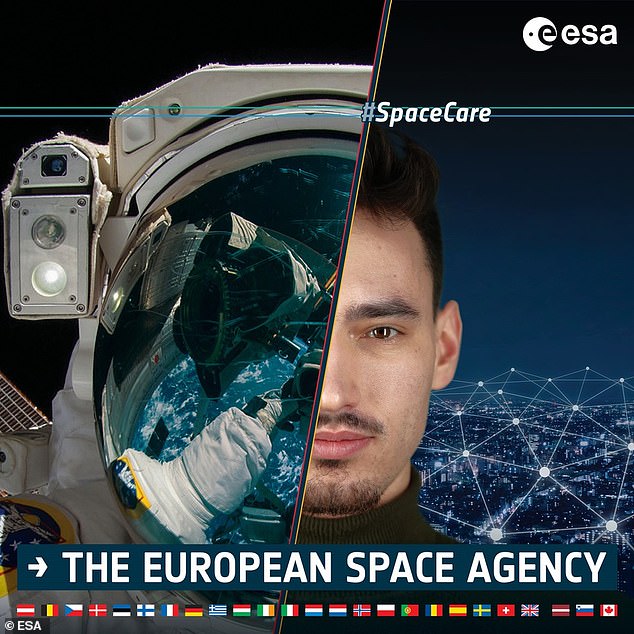 The European Space Agency has whittled down more than 23,000 aspiring astronaut applications to a shortlist of 1,391 who could potentially fly to space and the moon 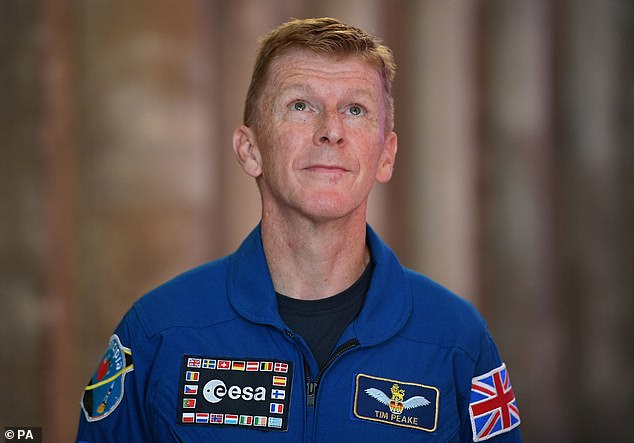 The first round of testing for the 1,391 candidates who have made it through focuses on psychological performance, including cognitive, technical, motor coordination and personality tests, taken over the course of a full day.

For successful candidates, this will be followed by a set of psychological interviews and group tests — after which medical testing will begin.

Candidates who successfully pass each of the selection stages will be invited to recruitment interviews with senior ESA officials.

As well as six full time professional astronauts, ESA is looking for up to 20 ‘reservists’, who may be working in a university, and ready to go to space if called upon.

Around 24 per cent of all applicants to ESA’s astronaut selection were female, however females made up 39 per cent of those reaching the next round.

‘Those who moved through to the next stage of ESA’s astronaut selection were chosen based on the strength of their application, not their gender,’ ESA said.

The agency’s head of space medicine Guillaume Weerts thanked all 23,000 people for applying to be an astronaut.

‘We really want to thank everyone who applied to this selection process, both those continuing and those who will leave us at this stage.

‘Thank you for your patience and for all the work you put into your applications. We were very impressed by the quality of applicants.’

ESA HR business partner Antonella Costa agreed, saying it was a very competitive process, and just meeting the criteria to apply is ‘something to be proud of’.

Just to apply for the role, a candidate had to be either qualified as an experimental test pilot, and or hold a master’s degree or higher in Natural Sciences, Medicine, Engineering, Mathematics or Computer Sciences. 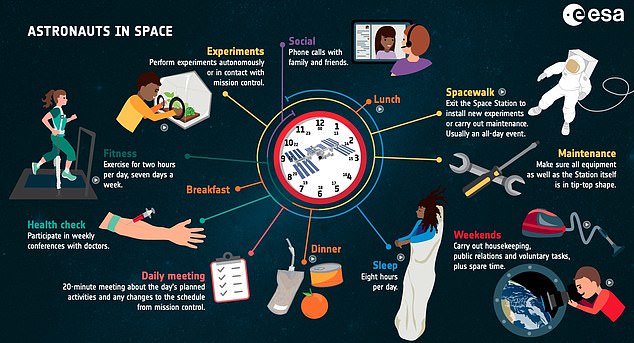 ESA is on the lookout for a new cohort of six space travellers, who will spend time on the International Space Station, and may one day land on the surface of the moon

‘Though not everybody can become an astronaut, there are many other ways in which you can support Europe in space,’ said Costa.

‘We strongly encourage people to visit our careers website and see how else they could apply their skills and follow their passion with ESA.’

If one of the British candidates is successful they will be the third British astronaut after Helen Sharman and Tim Peake — who was the first British ESA-astronaut.

Peake is expected to return to the ISS in the coming years, so the successful candidates could be sent to the station at the same time.

ESA’s astronaut selection process consists of six key stages, the first of which we’ve just entered — screening thousands of candidates to under 2,000.

Candidates will be notified at the end of each stage as to whether their application has been successful in progressing to the next step.

ESA has secured three astronaut trips to the NASA Lunar Gateway due to be built in orbit around the moon, and hopes to be able to send Europeans to the surface of our natural satellite in the future.

ESA says the number of applicants far exceeded even its most optimistic forecasts, describing it as a positive indication of the level of interest in space activities 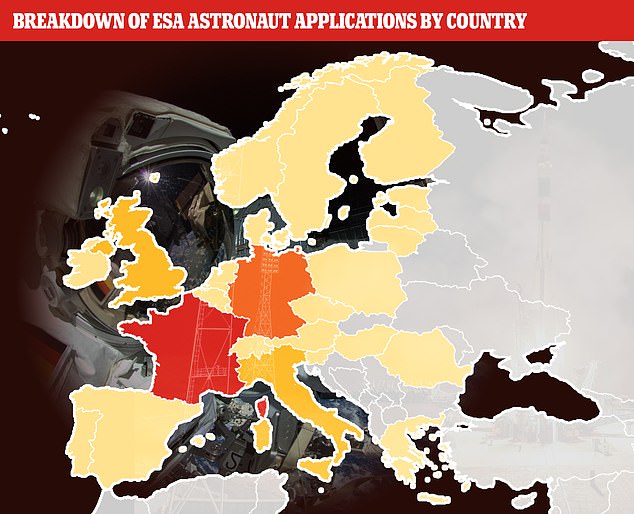 France had the highest number of applications, at 7,137 and a quarter of all applicants were women, up from 15 per cent during the last round in 2008. The brighter the colour in this graphic the more applications from that country

‘The first five to ten years will see astronauts fly to the ISS, but after that there will be opportunities to fly to the moon and further than the moon.’

It is thought that this cohort of ESA astronauts, much like the Artemis generation of NASA astronauts, could one day stand on the surface of Mars.

NASA is planning to send astronauts to the Red Planet as early as 2035, and the European Space Agency could be part of that mission.

A spokesperson for the UK Space Agency said they hope the next professional British astronaut will emerge from ‘this gruelling selection process.’

‘They now face a challenging psychological assessment before they can move on to the next phase of medical tests.

‘The UK space sector continues to grow fast and, while being an astronaut is a dream for many people, there are a range of potential career paths out there to explore.’ 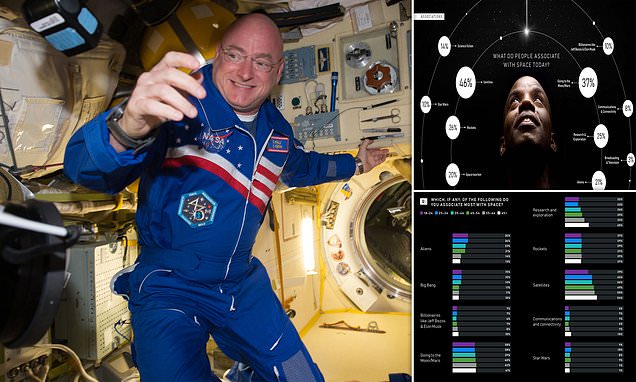 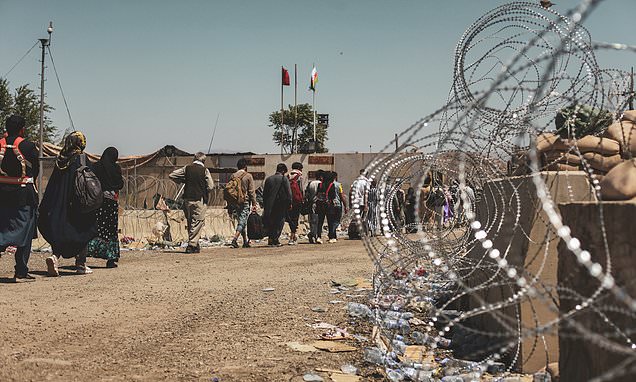 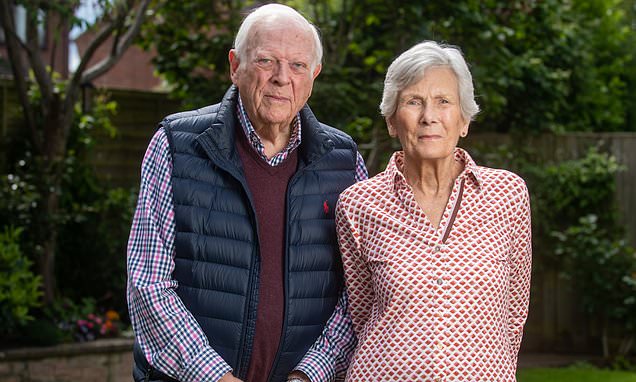 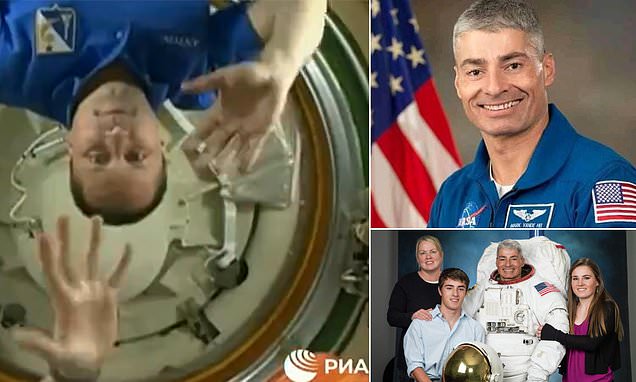 Head of Russia's space program posts sinister video threatening to LEAVE BEHIND US astronaut, 55, aboard International Space Station and only fly home his cosmonauts on March 30 because of Biden's sanctions over Ukra...