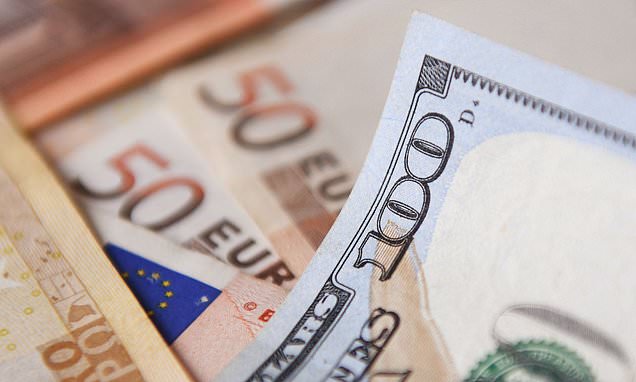 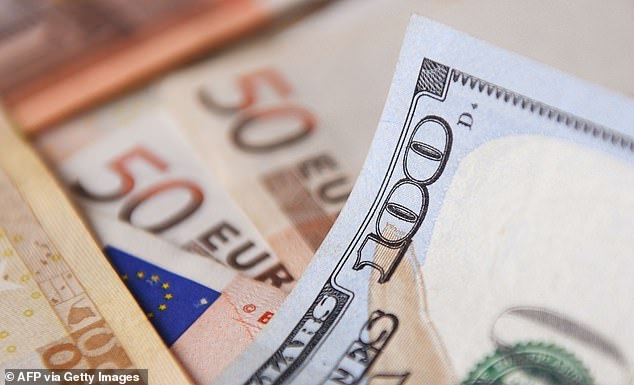 Sterling shed a cent to hit a two-year low of $1.1808 – partly blamed on political uncertainty as the Tories selects a new prime minister – though it later recovered. The dollar, meanwhile, slipped back slightly against the yen having hit a 24-year high on Monday.

The ECB, by contrast, has not raised rates since 2011, and while a hike is expected this month, the approach is more cautious than in the US amid fears of recession in the eurozone.

Germany, Europe’s biggest economy, is bearing the brunt of the continent’s energy crisis because of its reliance on Russian gas.

It could take a severe economic hit if Russia cuts off gas supplied via the Nord Stream 1 pipeline, which on Monday closed for ten days of maintenance, though some worry it will not reopen. 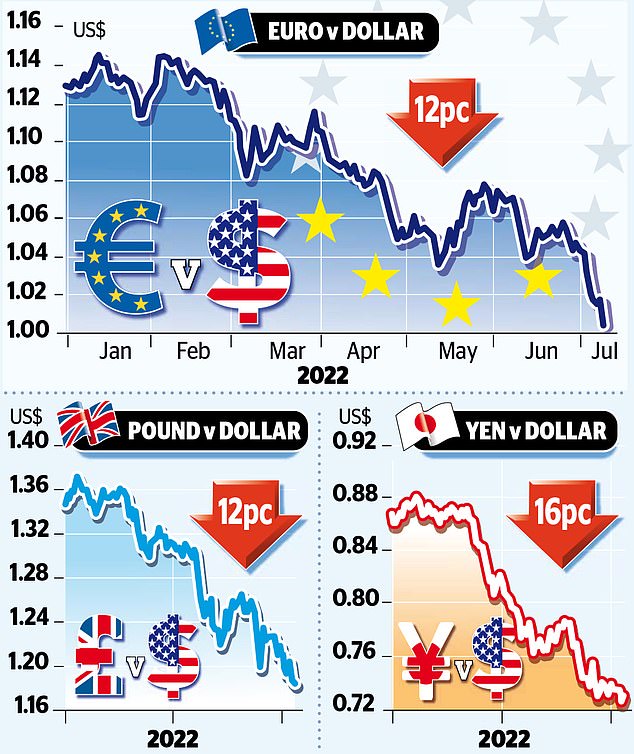 Yesterday the ZEW index, a gauge of German investor sentiment, fell to minus 53.8 points, the lowest reading since the eurozone crisis of 2011.

Alexander Krueger, chief economist at private bank Hauck Aufhaeuser Lampe, said: ‘Fear has taken the wheel. The threat of a stop to gas deliveries and the strong drop in real wages in particular are leading to the blues.’

Jordan Rochester, FX strategist at Nomura, expects the euro to dip to $0.95 next month, adding: ‘If Nord Stream 1 doesn’t resume operations we think $0.90 is a growing possibility over the winter.’

In 1985, the US, Germany, Japan, France and the UK agreed on coordinated action, during another period of dollar strength, to knock down the US currency’s values.