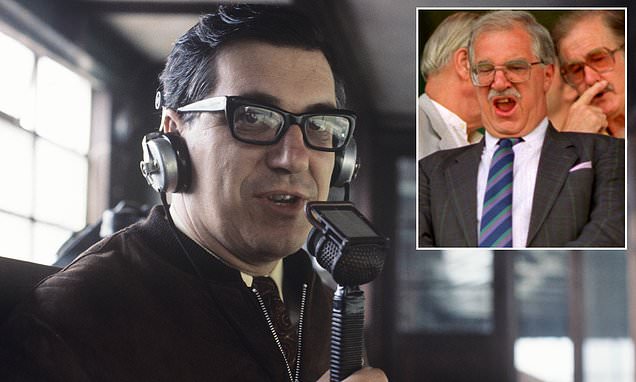 Former BBC and ITV commentator Gerald Sinstadt passes away aged 91, with tributes pouring in for the ‘best wordsmith’ who voiced four World Cups in the 70s and 80s

British sports commentator Gerald Sinstadt has passed away at the age of 91.

The broadcaster was one of the iconic voices in football for over 40 years and worked for the BBC and ITV during his career.

He covered four World Cups between Mexico 1970 and Spain 1982 – commentating the controversial semi-final between 프랑스 and West 독일 in the latter – while he also reported from the 1980 European Championships in 이탈리아.

Sinstadt was also the BBC’s pitchside reporter for the 1989 Hillsborough disaster which saw 97 Liverpool fans lose their lives in the football tragedy.

A statement from ITV Sport read on Wednesday: ‘At ITV Sport, we are deeply saddened at the passing of Gerald Sinstadt, who was a brilliant broadcaster as well as an influential and supportive figure for young people entering into broadcasting.’ 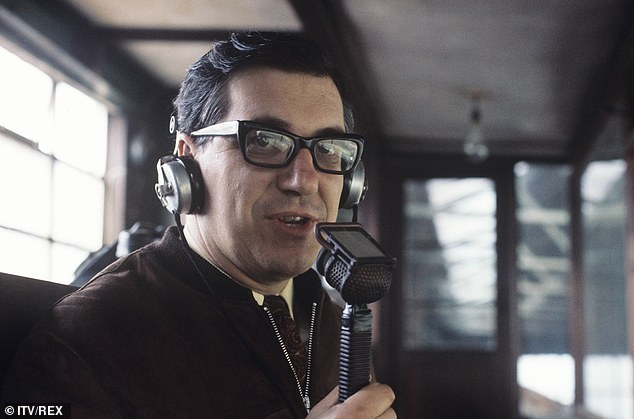 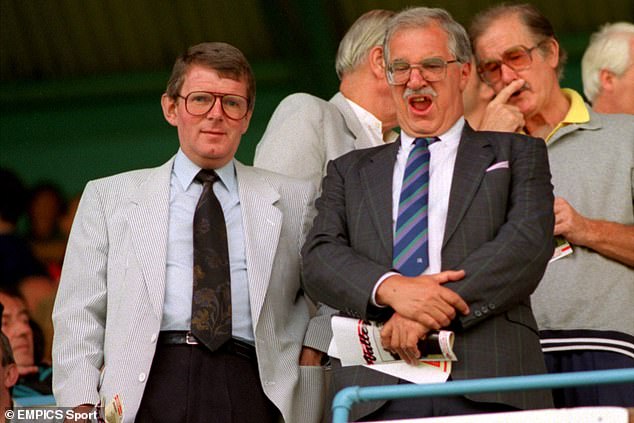 Former Match of the Day editor Paul Armstrong tweeted of Sinstadt’s passing: ‘Very sad news. A superb commentator and journalist, and the best wordsmith with edited features and round ups I ever encountered. And a lovely man, 도.’

Born in Kent in 1930, Sinstadt’s reporting career began at the British Forces Broadcasting Service, before joining BBC Radio in the 1950s and 1960s, where he became deputy head of sport.

Sinstadt moved to TV with Anglia Television mid-way through the 1960s before becoming the main football commentator for Granada Television in the North West, where he regularly covered matches involving the two Merseyside and Manchester clubs.

The broadcaster was ITV’s third-choice commentator behind Brian Moore and Hugh Johns, but also stepped into other sports apart from football – 포함하는 1972 Munich Olympics. 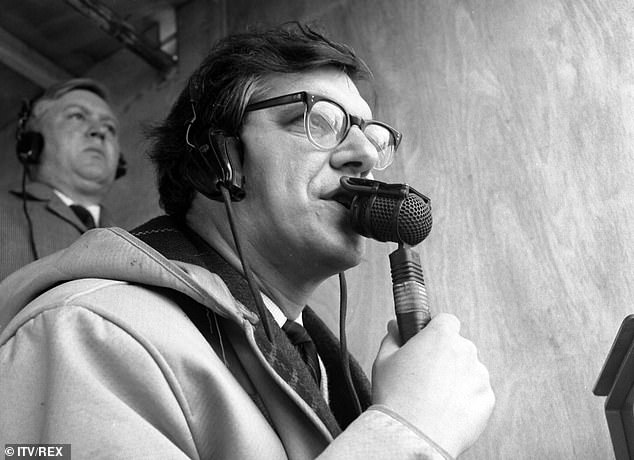 Sinstadt covered many sporting events for the BBC and ITV, including four World Cups and the Olympic Games in 1972

For ITV, he presented the Friday evening show ‘Kick Off’ and occasionally stood in for Dickie Davies in the ‘World of Sport’ 프로그램. He also commentated on golf for Channel 4 and covered the Oxford and Cambridge Boat Race before Barry Davies.

Sinstadt had a remarkable impact on fellow BBC icon Davies, getting the broadcaster into the BBC after meeting him as a young lieutenant doing his national service. Sinstadt then ended up taking Davies’ position as Granada’s North West commentator.

1990년대, Sinstadt did match round-ups for Match of the Day, being called ‘Gerry’ by former host Des Lynam, and continued to report from games for the BBC’s Final Score show well into the 21st century.

He continued to be involved in football even in the final years of his life living in Stoke-on-Trent, acting as a Staffordshire member on the FA Council and as vice-chairman of the North Staffordshire Youth League. 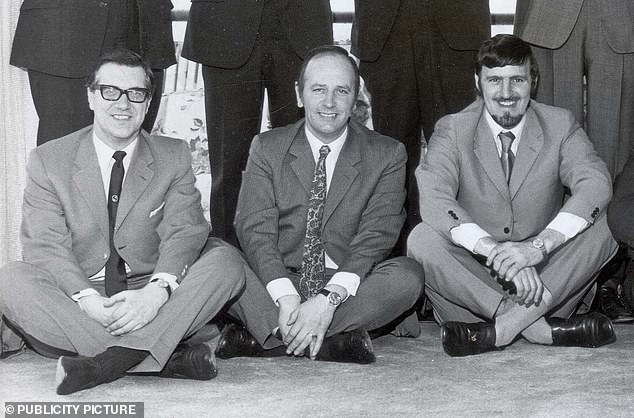 The commentator’s voice could be heard at several iconic moments in sporting history. Not only was he the voice for France’s controversial World Cup semi-final with West Germany in 1982, but he also covered Diego Maradona’s final goal at the 1994 World Cup prior to the Argentine being banned from the tournament.

Sinstadt was praised for calling out racist abuse directed at the late Cyrille Regis, the third black player to ever play for England, during West Brom’s 5-3 win at Manchester United in 1978.

Members of the broadcasting and sports media industry paid tribute to Sinstadt after hearing of his passing on Wednesday.

Sky Sports commentator Gary Taphouse tweeted: ‘RIP Gerald Sinstadt , who has passed away at the age of 91: an instantly recognisable voice, and well known for numerous great goal calls over so many years.’

Match of the Day commentator Steve Wilson posted: ‘When I was a kid I got Gerald Sinstadt’s autograph; when I’d grown up I got his advice. “Supersub strikes again” was one of the great lines of commentary – so simple, so apt, so well delivered. Sad news.’

Fellow commentator Nigel Adderley added: ‘Gerald Sinstadt was the football voice of my childhood growing up in the north west. A great commentator and journalist. ‘Kick Off’ was a brilliant programme – Friday’s 6.30 meant only one thing.’