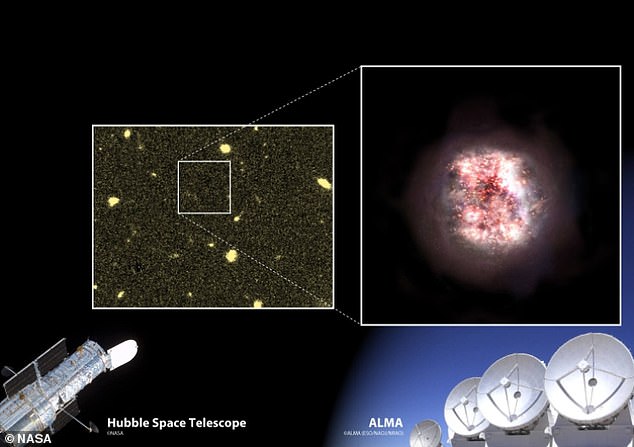 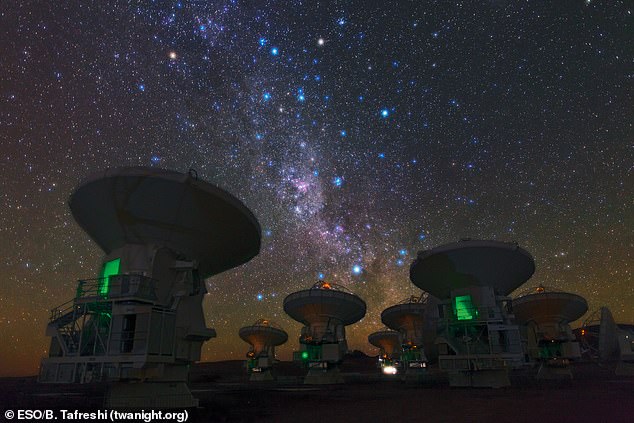 By comparing REBELS-12-2 and REBELS-29-2 with previously known sources in the very early universe (about 13 billion years ago), the team found between 10 and 20 per cent of such early galaxies may still remain hidden behind cosmic dust.

Hubble Space Telescope is more than 30 years old. This NASA image shows Hubble drifting over Earth on May 19, 2009 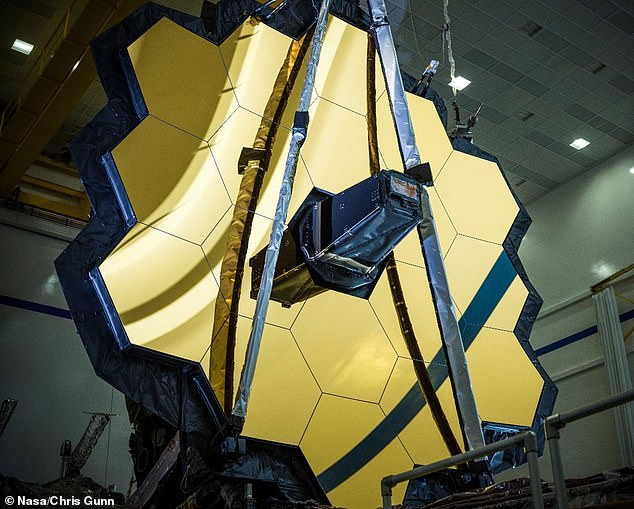 The new study has been published in the journal Nature.

On November 22, NASA delayed the launch of the James Webb Space Telescope yet again to allow for additional testing following a ‘recent incident’.

The $10 billion telescope is now due to launch on December 22 on an Arianespace Ariane 5 rocket from Kourou, a town in French Guiana, South America.

Testing work was already delayed by the Covid-19 pandemic in 2020, by which time the estimated total cost of developing the telescope had increased to over $10 billion (£7.4 billion). 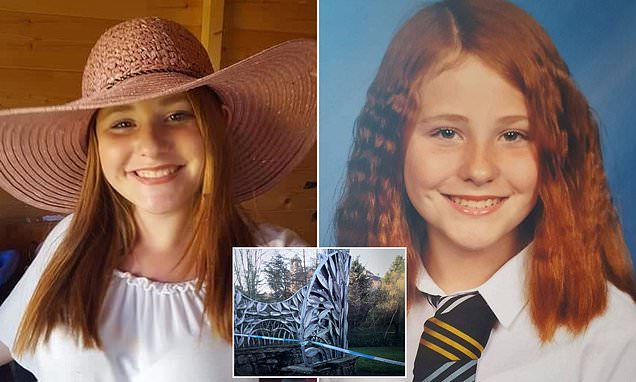