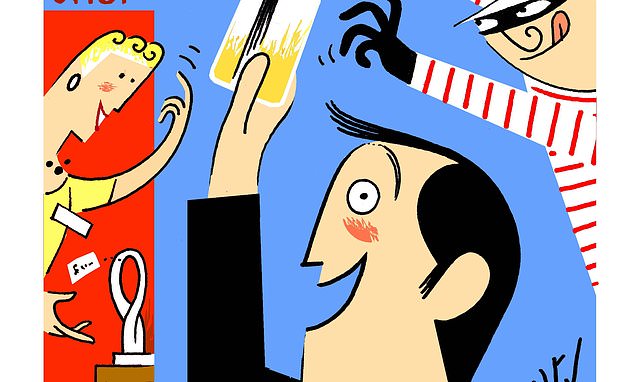 DON’T lose contact with cash! Experts warn that the new £100 contactless spending limit will lead to a surge in fraud and a rise in debt

Spenders will be at greater risk of theft and debt when the contactless card limit soars to £100 next month, experts warn today.

The new limit for debit and credit cards will be hiked more than 120pc from £45 to £100 on October 15 — allowing shoppers or thieves to easily spend up to £300 without being asked to enter a PIN.

The move, from regulator the Financial Conduct Authority (FCA), has been welcomed by the Government, banks and retailers as a way to boost the economy. 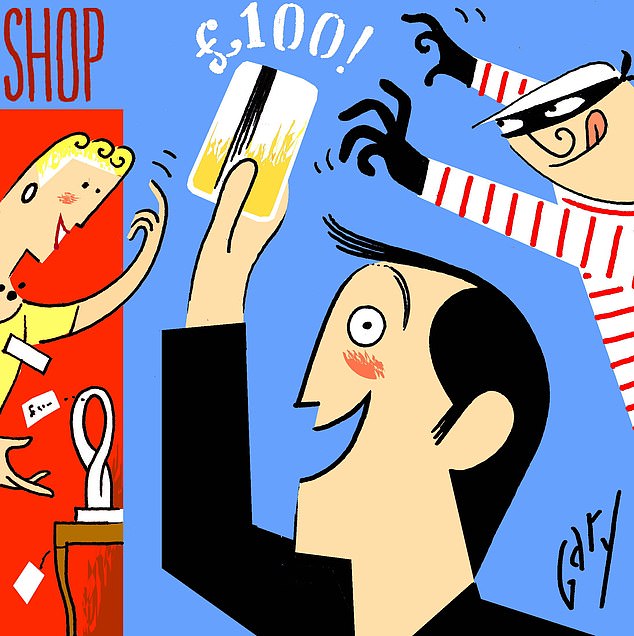 Spenders will be at greater risk of theft and debt when the contactless card limit soars to £100 next month, experts warn today

But money experts fear it could lead to a rise in fraud and overspending. It comes as contactless spending is now higher than ever, while the use of hard cash has plummeted during the pandemic.

Once the new limit is introduced, spenders will still be able to make up to five transactions or spend a maximum of £300 (up from the current £130) before they are asked for a Pin.

The tap-to-pay limit — originally £30 — went up to £45 at the start of the pandemic in April 2020. Contactless card fraud has, until now, remained low. This was in part due to the reduced opportunities for fraudsters because of lockdown restrictions.

Losses amounted to £16million last year, according to UK Finance, down from £20.6million in 2019. But personal finance experts fear this could change when the spending cap is raised next month.

Sarah Coles, from investment service Hargreaves Lansdown, says: ‘There’s a risk it could make certain forms of card crime more rewarding — such as bag snatching, and picking pockets — and we could see an increase in these kinds of thefts. Contactless features have always been a weak link thieves could exploit.’

She adds: ‘The Treasury is keen to point out that there was no significant rise in fraud when the limit was raised from £30 to £45. However, this was during the first lockdown, when it was far harder for thieves to snatch bags on the High Street.’ 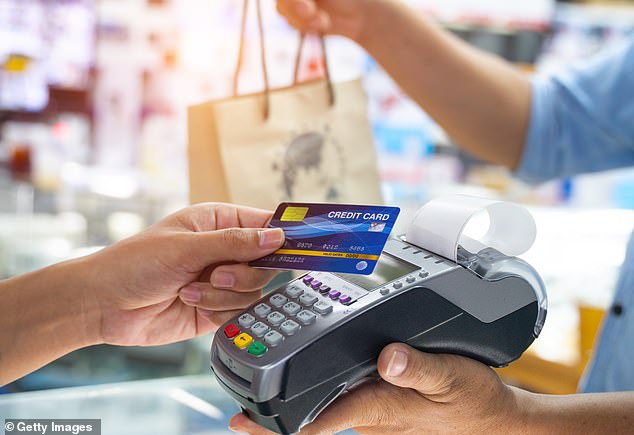 Once the new limit is introduced, spenders will still be able to make up to five transactions or spend a maximum of £300 (up from the current £130) before they are asked for a Pin

Experts also warn that raising the cap will encourage shoppers to spend above their means and risk falling into debt. Martyn James, from complaints website Resolver, says: ‘We are already starting to see people seeking help with financial difficulties after coming out of lockdown and realising they are overspending.

‘Contactless payments allow people to disconnect from their purchases, and someone could easily spend £300 without realising it. Now that we can socialise again, our guard is down and we are more vulnerable to spending more than we should.’ And he also adds: ‘The higher limit is an incentive to criminals, and I would personally prefer to enter a four-digit number than risk losing hundreds of pounds if someone stole my wallet.’

How to protect yourself against contactless cons

If you use a contactless card, check your bank account regularly — many providers allow you to hear your balance over the phone and your last transactions. If you have a smartphone download your bank’s app so you can quickly see your payments and set up spending notifications.

If you spot any suspicious transactions, report them to your bank immediately. Likewise if you spot that your card is missing. Some banking apps allow you to freeze or cancel your card at the click of a button.

Keep receipts and compare them against the payments on your account. When paying at a shop, bar or restaurant ask for the terminal to be brought to you. Never ever hand over your card. Some banks allow you to set card payment limits or ditch the contactless card altogether.

Myron Jobson, from broker Interactive Investor, says: ‘Contactless payments are easy and frictionless. ‘The worry is the new bumper limit could encourage reckless spending, resulting in some customers spending beyond their means which could lead to debt issues at a time when many are already suffering financial strain owning to the pandemic. The new limit could prove to be a slippery slope for some holders of contactless enabled credit cards that typically allow users to slip into overdraft without having their payment rejected.’

During the pandemic, the Government encouraged shops and restaurants to minimise contact with customers by using payment methods, such as contactless, and many are still refusing to accept cash now. In June, Money Mail found one in five shoppers had been stopped from paying with cash. Contactless use soared in the pandemic to hit spending of £13.7 bn. The payment method made up 49pc of all credit card purchases and 65pc of all debit card purchases.

The number of transactions increased by more than 50pc in May when compared to pre-pandemic times of May 2019 and more than doubled compared to May last year. Money management experts also say that the banks should perhaps only offer the new limit to those who ask for it.

Stacey Lowman, from financial coaching app Claro, says: ‘The contactless limit will make it far easier for people to overspend and reduce the time they have to consider the impact their purchases have on their finances.

‘It would be infinitely better for consumers if the increase was an opt-in request, as opposed to an automatic change. Of course, people can choose to opt out, but many will not, or may forget to, as this would involve speaking to the bank to arrange this.’

Only a handful of banks will let customers set themselves a contactless spending limit. UK Finance says the automatic limit rise means that there is consistency for both consumers and retailers. The FCA did not respond to a request for comment.